An Advocate for Racial Justice and Economic Equity 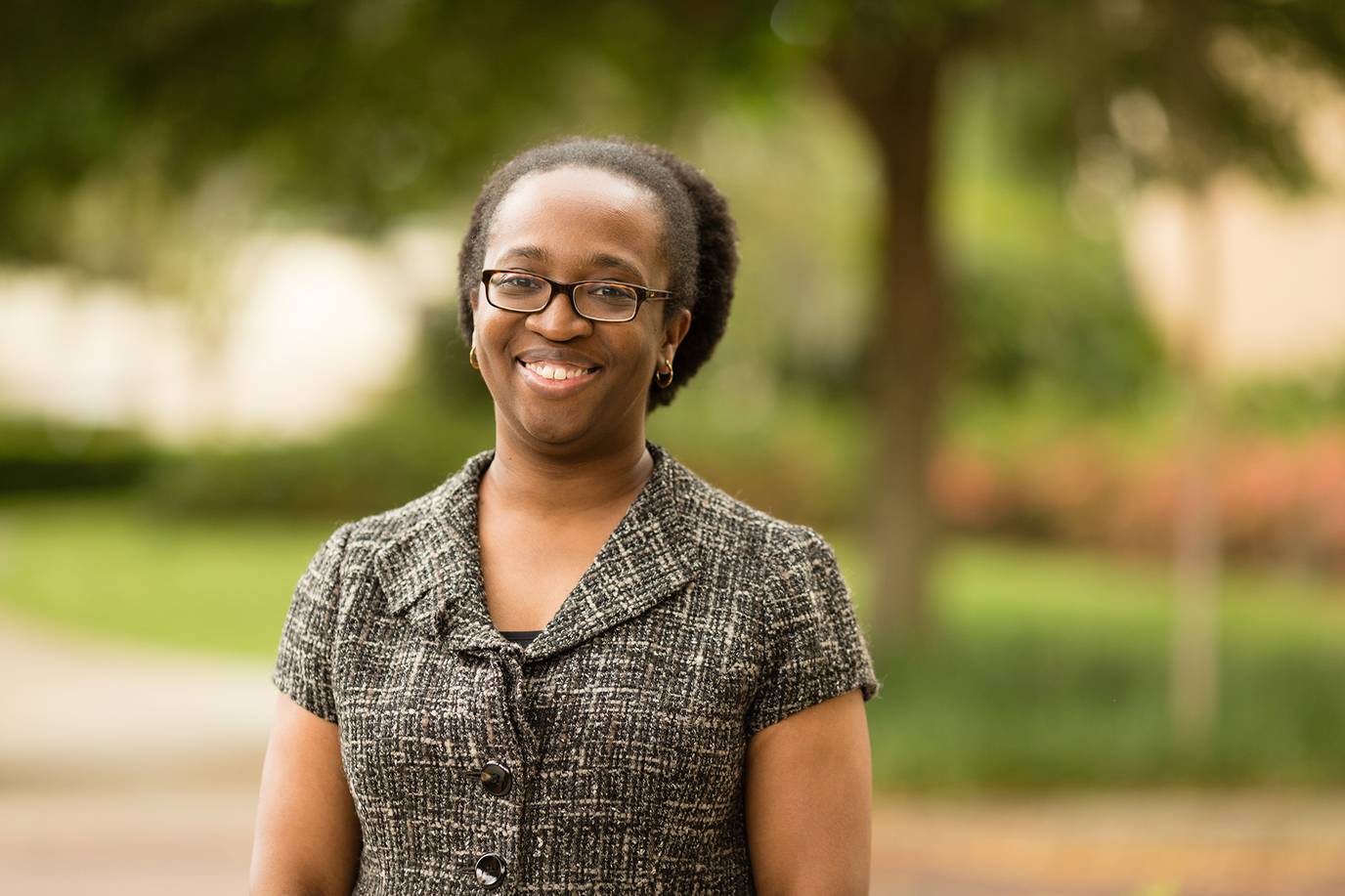 From former legal counsel for the NAACP to advocating for protestors after the death of Freddie Gray, Dorcas Gilmore ’00 is impacting the community, justice system, and the classroom

This spring, when social unrest in Baltimore gripped the nation and reignited a conversation on police interaction with African Americans, a Rollins graduate was patrolling the streets in a different kind of capacity—as an advocate for people arrested while protesting the death of Freddie Gray.

Working as a volunteer, Dorcas Gilmore ’00, a former assistant general counsel for the NAACP and co-founder of BASE (Baltimore Activating Solidarity Economies), formed a legal defense committee for protestors and those arrested during the unrest.

“We were on the street observing the interaction between protestors, citizens, and police,” says Gilmore, a resident of Baltimore who majored in psychology at Rollins. “During the uprising and the curfew, there was significant law enforcement and military presence. When there were arrests, we would document their names and information and track them through the legal system, helping them find public defenders or private counsel—even connecting them with the bail fund.”

Going forward, especially as it relates to the October trial of six officers charged in Gray’s death, Gilmore and other committee members are considering how to strengthen the infrastructure required to monitor any further protests.

From the NAACP to American University

While at the NAACP from 2010-13, Gilmore directed the organization’s Community Economic Development program, promoting the creation and growth of small businesses as well as individual and community asset building. She also worked on fair-housing cases and issues of environmental climate justice, such as making sure the EPA’s clean-air regulations were followed at coal-fired power plants near predominantly African-American neighborhoods.

Gilmore has built upon her experience at the NAACP to branch out in several directions. In addition to her work with BASE, the volunteer legal defense fund, and a full-time position as practitioner in residence at American University Washington College of Law, she also trains lawyers in the areas of racial equity, leadership development, and supervision through the Sargent Shriver National Center on Poverty Law.

Professor Susan Bennett, who taught with Gilmore at American’s Community Development Law Clinic, said her colleague “met each student wherever she or he was and committed herself tirelessly to each student’s growth as an ethical lawyer. She inspired her students, and me, to dig deeper and do better.”

For a career devoted to advocacy, justice, and economic opportunity, Gilmore was recently named a Rollins College 2015 Alumni Achievement Award winner. The honor is given to alumni who make a remarkable difference at Rollins, in their profession, and in their community.

“Dorcas was selected for not only her success in the legal profession, but for pursuing her passions that she developed at Rollins in advocacy and representing the underrepresented,” says Cat McConnell Hackenberg ’07 ’09 MBA, senior director of alumni relations. “She’s raising the bar on the narrative that’s happening in communities like Baltimore and working toward economic solutions that promote equity.”

Growing up in the impoverished community of South Apopka, Florida, Gilmore knew all too well the crippling effects of economic disparity and civic neglect.

Dirt roads with no sidewalks or public lighting. High-crime streets with boarded-up houses. Not even a bus route to go grocery shopping or get to work.

From an early age, Gilmore devoted herself to making strides in racial justice and economic equity. She had the perfect role model in her mother, Ella J. Gilmore, a trailblazer for women and minorities who served as Orange County’s director of community affairs and oversaw initiatives to improve life in South Apopka.

“That gave me a sense of what community development work looked like and why it was important,” Gilmore says. “Because of community investment, now a Lynx bus goes through South Apopka, there are street lamps, and my parents just got a sidewalk in front of their house.”

That’s a small glimpse into the type of progress Gilmore is working to bring about in cities across America, especially Baltimore.

“The need to remedy the current economic, political, and social inequalities is at the heart of the protests and uprising,” Gilmore says. “Baltimore hasn’t been unique in seeing this as a significant problem. We have huge racial and income inequality, and both are widening. Directly addressing that is how we get to not having uprisings and protests. At the root of it all is economics.”