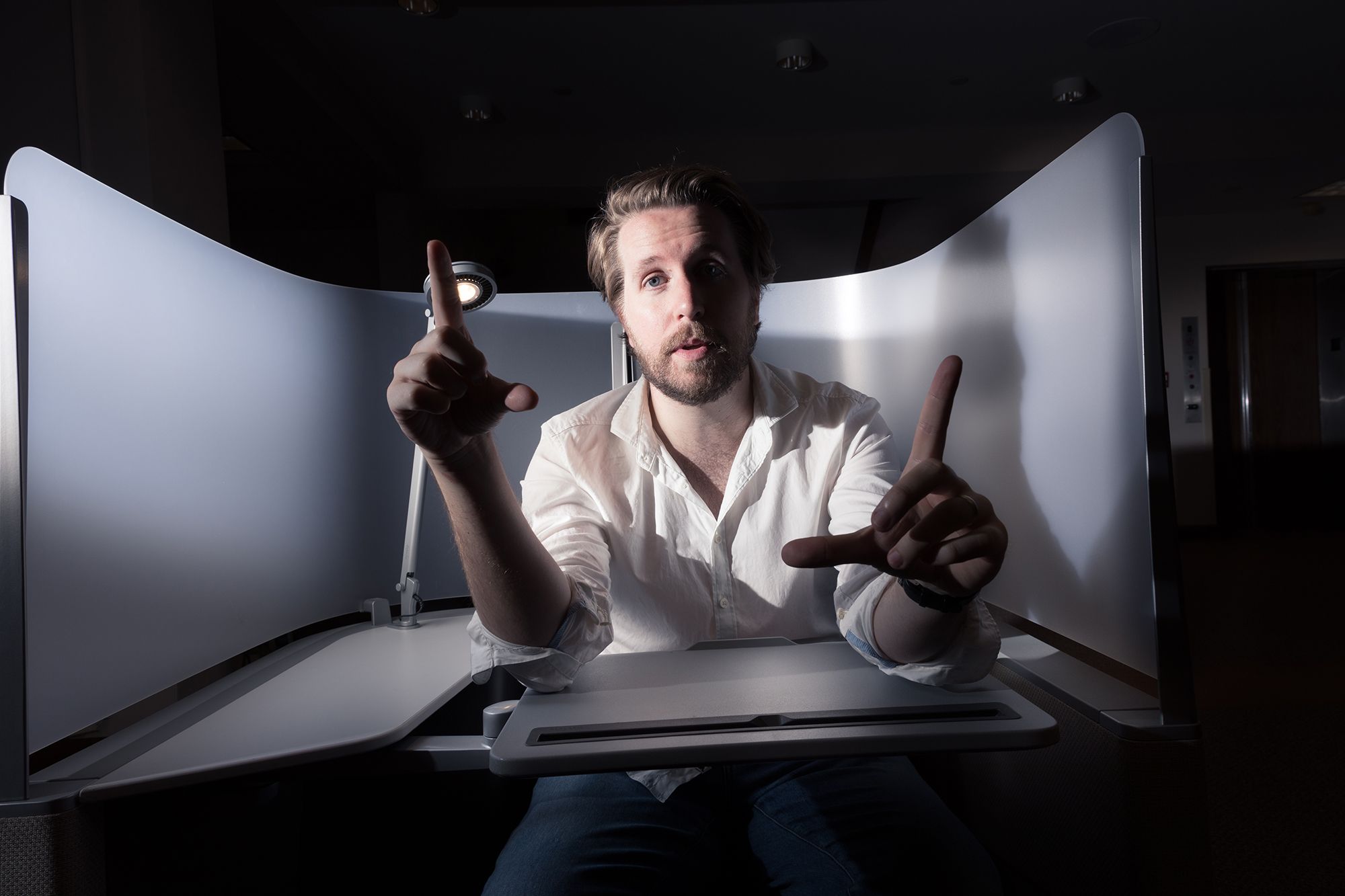 The 2017 College of Liberal Arts valedictorian—one of the first graduates of Rollins’ new Public Policy and Political Economy Program—reflects on his time as a Tar.

It’s the first week of May, and for James Ryan ’17 ’19MBA, everything is hitting at once.

He has four papers due, moving boxes are everywhere, and that valedictorian speech isn’t going to write itself. Meanwhile, he and wife MacKenzie Moon Ryan, assistant professor of art history, are raising a 4-month-old daughter, closing on their Lake Eola condo, and relocating to Ward Hall as part of Rollins’ Living Learning Communities program.

A hectic pace, for sure, but nothing compared to the rigors of graduating in three years with straight As. The public policy and political economy major, a 32-year-old native of Wales who holds dual American citizenship, chalks it up to balance, time management, planning, and experience.

“Having a reason to be busy is good,” he says.

After spending a good chunk of his late teens and early 20s traveling the globe, Ryan met his wife when she was studying in London. The idea was always for him to go back to school, and when Moon Ryan took the job at Rollins, the plan was set in motion.

Over the past three years, Ryan has received numerous academic honors (including being named the top senior in social sciences), led the Democracy Project, participated in the Student-Faculty Collaborative Scholarship Program, and interned with U.S. Sen. Bill Nelson.

Up next: enrolling in Rollins’ Crummer Graduate School of Business to earn his MBA.

We recently caught up with Ryan to chat about what he’s learned during his time as a Tar—everything from having a carpe diem mindset to why Rollins is much more than just a pretty place.

To have the opportunity to come to Rollins was very special, so I needed to grasp it and make it worthwhile. If you’re going to do something, you should dive in with both feet.

Prior to being here, I was just a passive observer on things like American social policy and civil rights law. Now I’m right in the middle of it.

Regardless of where you travel, everybody is far more similar than people think. Everybody has basically the same ambition, which is to live a generally happy, comfortable life and provide for their family.

Voting patterns in the U.S. and the U.K. both suck. The problem is, individuals feel really alienated from government, from policy. They don’t feel as though politicians speak for them, so it’s the theory of the disappearing middle. Unless you’re on either end of the spectrum, what the politicians say doesn’t mean anything to you.

I would be all for mandatory voting registration, but that’s not necessarily something that would work with the First Amendment, so that’s tricky. It’s incredibly important for people to participate, though. It’s incumbent upon individuals in the U.S. to go and vote.

With a little bit of coaxing, a lot of students do want to be involved in politics. We saw that with the Democracy Project’s Politics on Tap program. Students don’t want to be lectured; they just want to turn up to listen to people and share their opinions. They want to be engaged.

It’s really easy to think about politics in a high-minded way, but the whole point of politics is government, and the point of government is to serve people.

It’s not about my side beating your side. It’s bigger than that. We’re all on one side. It’s easy to get bogged down in our minor differences, but we’re all Americans at the root of it.

My baby is great. Her name is Imogen. And I know that obviously I’m biased, but she is the most relaxed, happy, calm, smiling baby. I’ve been taking cues from her.

Fatherhood has been a process of everything I’ve learned at Rollins—the balance, patience, and time management—but to the nth degree.

I love Winter Park. It’s beautiful and calming. Looking out over Lake Virginia, that’s a nice place to be.

For students coming to Rollins, everyone’s going to talk about how great the campus is—and, yes, it’s beautiful. But it’s not the place; it’s the people. I think you could pick up Rollins and put it in the desert or on the moon and it would be just as great.