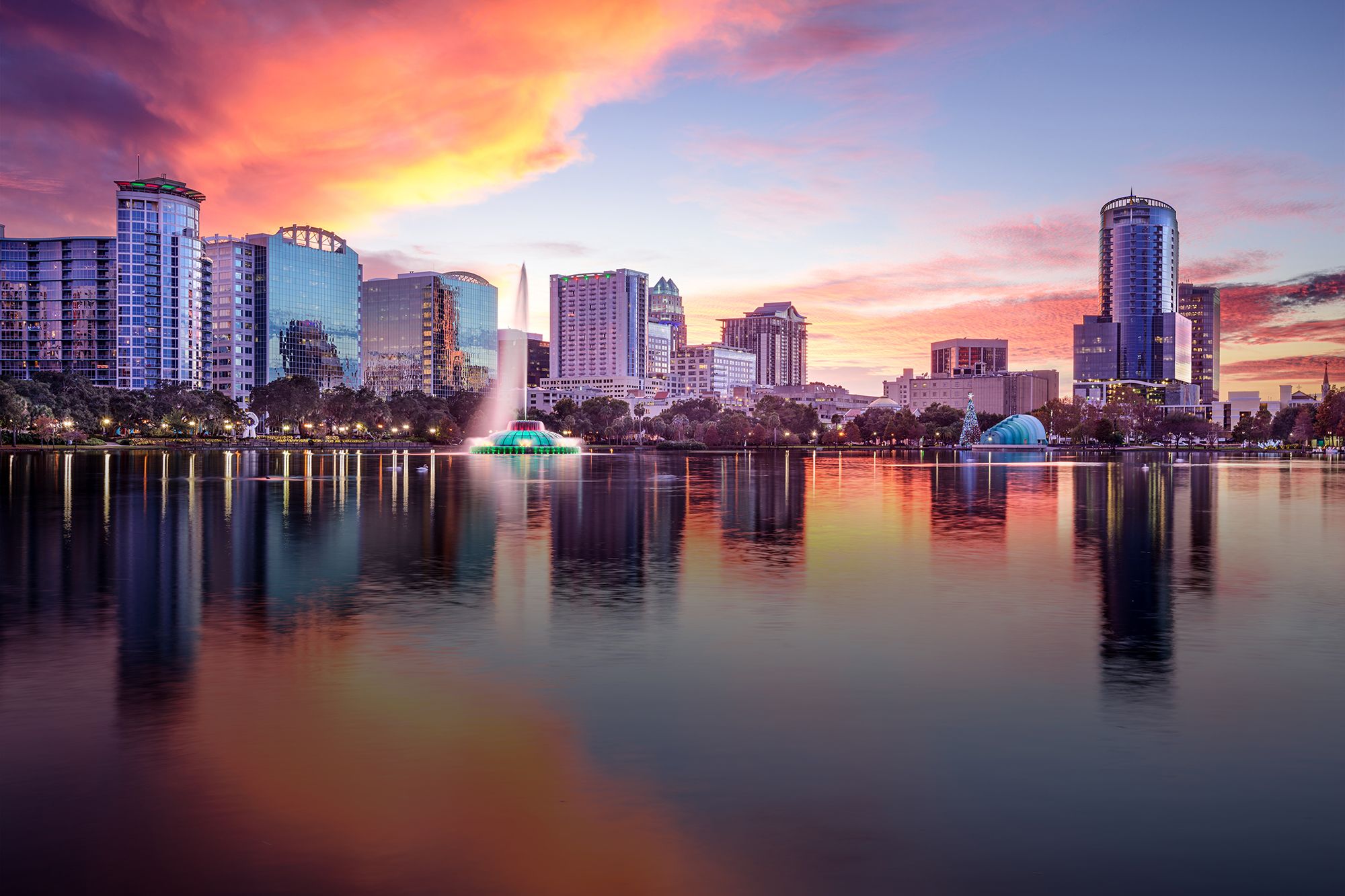 Your guide to living in Orlando—no matter what’s your jam.

From Disney World to day trips, epic eats to adrenaline-pumping adventure, Orlando checks all the boxes when it comes to college towns. Not to mention the fact that the City Beautiful is bursting with opportunity, including a thriving professional community that spans across industries and rapid rates of job growth and earning potential. But don’t just take our word for it. A recent report by WalletHub ranked Orlando as the No. 2 city for college students in the country and the No. 1 midsize college city in the U.S.

Located in the heart of Central Florida, Rollins is uniquely positioned to take advantage of everything this booming metropolis has to offer. We Orlandoans don’t just work hard—we play hard. Whether you live for the great outdoors or prefer to get your kicks soaking in local culture, Orlando is the perfect spot to begin your next adventure.

Calling all adrenaline junkies. Maybe you like to live on the edge, or maybe you just want to explore the outer limits of your imagination. Regardless of your preferred brand of excitement, Orlando has loads of options to satisfy the boldest adventurers.

Orlando is home to world-class theme parks and attractions that take the concept of making magic literally. Where else can you fly the Millennium Falcon, grab lunch in Diagon Alley, or cap your day off with fireworks at Cinderella’s castle? From The Wizarding World of Harry Potter to “The Happiest Place on Earth,” you’ll feel like you’re in a galaxy far, far away—even though these enchanting escapes are just a 40-minute drive from campus.

International Drive (aka I-Drive) is a bustling tourist hotspot minutes from downtown Orlando that boasts everything from indoor skydiving to go-kart racing. The ICON Park outdoor entertainment complex features the world’s tallest Starflyer, an aquarium, and The Wheel, a 400-foot-high observation wheel offering breathtaking views of the city. For the best experience, go at sunset.

Soar above the trees at Seminole Aerial Adventures at the Central Florida Zoo, where a 2½-hour harrowing course includes 33 obstacles and 13 zip lines. Afterward, make your way over to the zoo to get up close and personal with PJ, a one-horned, two-ton Indian rhino.

Orlando’s thriving food scene dishes up some of the finest in New American and international cuisine, including a thriving Vietnamese population serving some of the best pho and banh mis in the South. Every neighborhood has its own specialties, and half the fun is exploring new flavors.

Butchers, bakers, and green juice makers all reside at East End Market, a collective of merchants located in the hip neighborhood of Audubon Park. Come for the specialty meats and cheeses, local produce, and craft coffee—stay for the dreamy garden vibes of the market’s cozy courtyard. And don’t forget something sweet. Gideon’s Bakehouse is said to make the best cookie in the state of Florida.

Voted the best taco by readers of Orlando Weekly for eight years running, Gringos Locos is a late-night institution. Everything on the Tex Mex-inspired menu is great, but regulars know to order the Double D’s—a queso-slathered soft taco wrapped around a hard taco filled with a protein of your choice.

Florida is famous for things like destination beaches, exotic wildlife, and Pitbull. But perhaps the most famous Florida thing you’ve never heard of is our legendary grocery-story subs. Beloved supermarket chain Publix serves these heavenly hoagies with a cult following. Don’t believe us? Google it, and you’ll find dozens of articles (and a few Facebook fan pages) devoted to the one and only “Pub sub.”

Hey, they don’t call it the Sunshine State for nothing. In fact, Florida experiences an average of 237 sunny days each year—which adds up to a lot of beach days. With more than 4,000 miles of coastline and over 7,000 lakes, Florida is, quite literally, an outdoor paradise. And Rollins’ central location means it sits at the heart of it all.

Florida is home to over 700 natural springs—more than anywhere else in the world. Just a short drive from campus is Wekiwa Springs State Park (pictured above), where you can rent canoes or hike the 13 miles of nature trails that wind through the park. A little farther north is Blue Springs State Park, where you can spy hundreds of manatees frolicking in the natural bubble of the springhead.

Sometimes the best way to unwind after a big midterm is by spending time outside. Take a stroll through Winter Park’s Mead Botanical Gardens, a 47-acre park teeming with butterflies thanks to its extensive pollinator garden, or Harry P. Leu Gardens, which is home to a bamboo forest and Florida’s largest rose garden.

East or west coast? Being in Central Florida makes it easy to get to both, but it helps to know the difference before venturing out. West-coast beaches like Clearwater and Siesta Key are made up of superfine white sand and feature smaller, gentler waves. Beachcombers tend to favor the west coast for its rare shells, warm waters, and spectacular sunsets, while surfers flock to east-coast beaches like Cocoa and New Smyrna for large Atlantic swells.

Rollins sits on the shores of glistening Lake Virginia, which means you can launch a canoe, paddleboard, sailboat, or wakeboard right from campus. To clear your mind and get a little exercise, a quick session on the water is the perfect respite in between classes.

From yearly art festivals to a thriving music scene to myriad museums, there’s no shortage of arts and culture to be found in the City Beautiful.

Orlando is home to some of the best regional and national theater groups in the country. The Orlando International Fringe Festival is the longest-running annual Fringe Theater Festival in the U.S. and features 14 days of plays, music, dance, and performance art. Downtown’s Mad Cow Theatre produces 10 shows a year, and the Dr. Phillips Center for the Performing Arts hosts an annual Broadway series that brings juggernauts like Hamilton and Wicked to its impressive lineup.

Near Orlando’s vibrant Mills 50 district is Loch Haven Park, an arts and culture complex featuring three museums, the Orlando Shakespeare Center, and the Orlando Repertory Theatre. The First Thursday event at the Orlando Museum of Art is a great way for budding artists to meet members of our thriving art scene, and science and tech junkies should save the date for Otronicon at the Orlando Science Center, a yearly conference highlighting the best Orlando has to offer in STEM technology like gaming and simulation.

The Creative City Project is the nonprofit organization behind Immerse, an annual interactive art and performance festival that takes over downtown Orlando for a weekend each fall. Indulge your sense of wonder as parking lots become performance spaces where acrobats fly through the air and national acts like The Blue Man Group perform for awestruck crowds.

It’s a fact: Orlando’s got game. The city is overflowing with opportunities to watch and play sports. A recent report by WalletHub ranks Orlando the No. 2 best city for soccer fans in the nation, and 10th best for basketball fans—and that’s just the beginning.

Forget seasons, Orlando is home to enough pro sports teams—seven in total—that you can get your game on year-round. Hoops fans won’t want to miss rooting for the Orlando Magic, and soccer fans can take their pick between the Orlando City Soccer Club and the Orlando Pride. Lesser-known pro teams include the Orlando Solar Bears hockey team and the Orlando Anarchy, the city’s first professional women’s full-tackle football team.

Dozens of PGA players (and the Golf Channel) call Orlando home, meaning there’s plenty of championship courses and golf pros to help you hone your game. Just a short walk from campus is the Winter Park Golf Course, affectionately known as the Winter Park 9, and a trip out to Top Golf, a multi-story golf and entertainment complex, is fun for seasoned players and newbies alike.

NASCAR fans know that the organization’s headquarters are just a few miles to the east of Orlando in Daytona Beach. Head to the Daytona International Speedway to feel the thrill of a race firsthand, or take a spin in the driver’s seat at NASCAR’s I-Drive indoor go-kart experience. 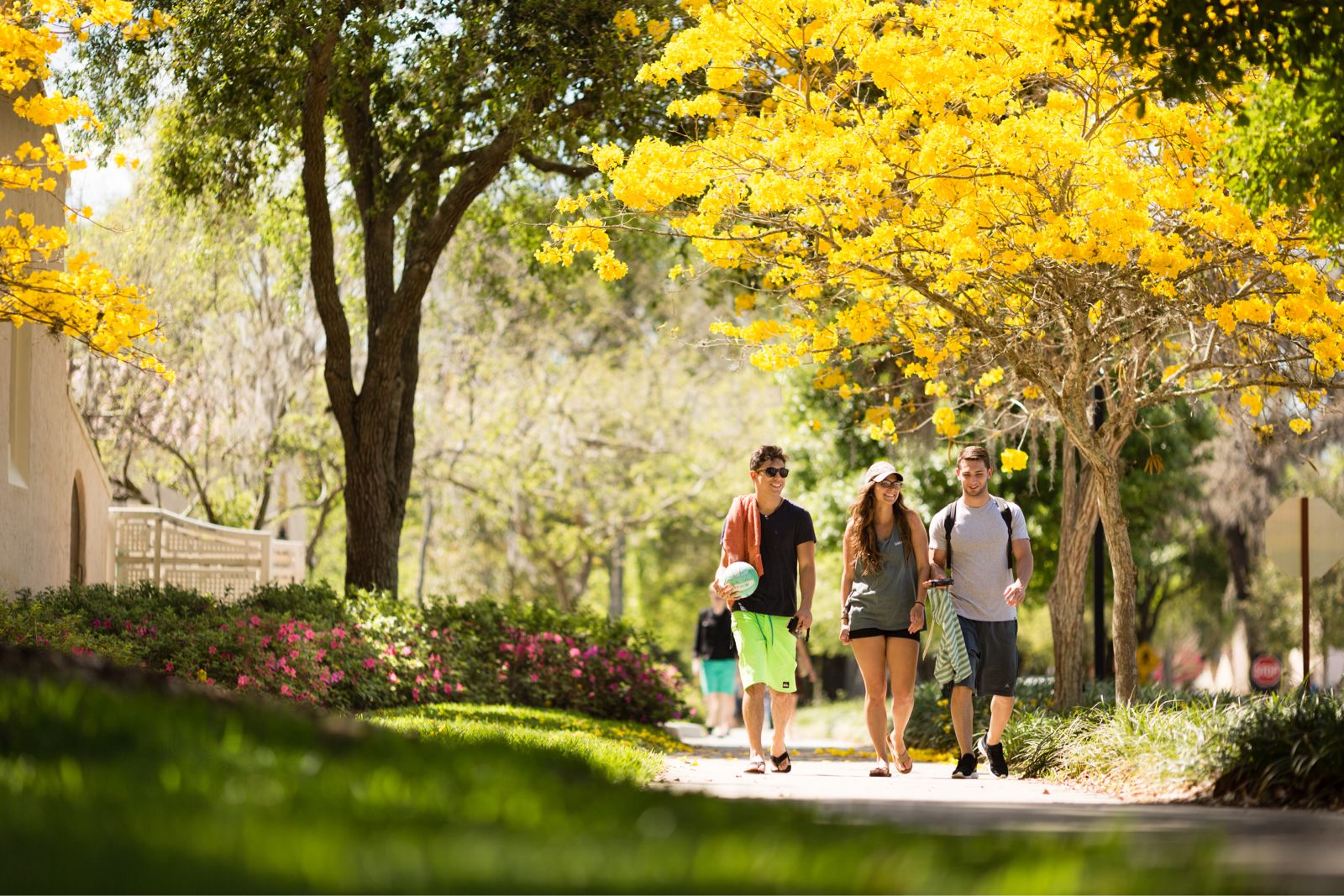