Keeper of Her Community 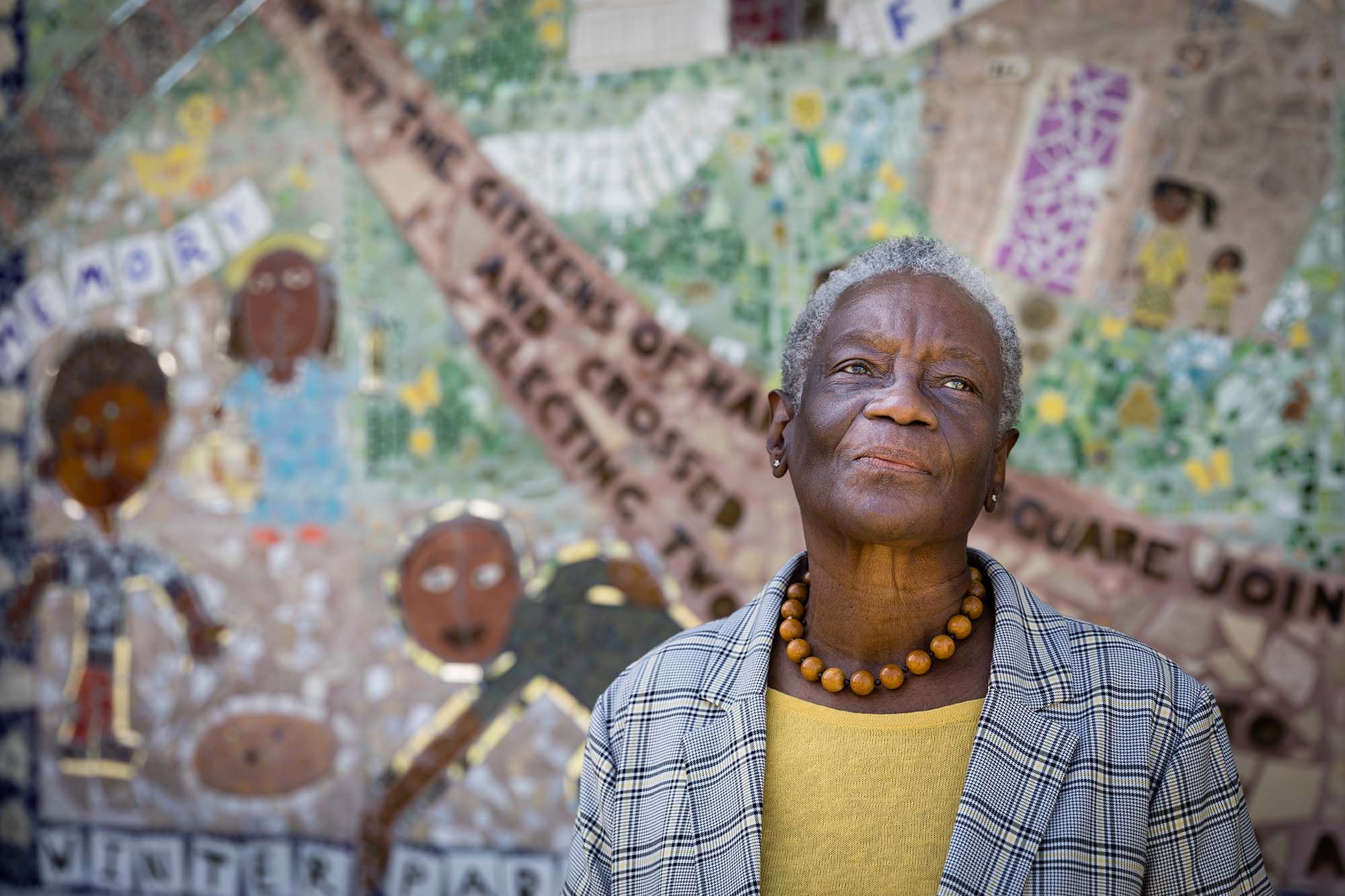 For the woman described as “the institutional memory of Winter Park’s west side,” going back to Rollins was unfinished business—and the roots of something new.

Five years later, married with two children, she became a case worker with the Department of Welfare on West Morse Boulevard. Some of her co-workers had returned to school at Rollins, and in 1981, at the age of 35, she decided it was time to follow their lead.

“It was a relaxed environment,” says Livingston. “There were people in my age range, single parents and married with children. Some people from my community were also students too.”

Attending Rollins gave her the confidence to be a better professional and, eventually, a leading community advocate. In the late ’90s, a group of residents tried to save the historical women’s club building on Pennsylvania Avenue. Ultimately, the building was lost to development, but one positive did come from their efforts. Having secured a joint grant from the Winter Park Public Library and Rollins’ Olin Library, Livingston set about writing a history of the city, focusing on the significance of an oft-overlooked demographic.

“The grant was about showing Blacks had been instrumental in the city, in establishment and incorporation, and provided a wealthy source of labor for visitors in the town,” she says. “That’s how I got bit by the history bug.”

Today, Livingston is the chief historian at the Hannibal Square Heritage Center, established in 2007 as a tribute to the past, present, and future contributions of Winter Park’s African American community. Over the past three years, she’s won the Historical Society of Central Florida’s Donald A. Cheney Award and been recognized by Winter Park Magazine as one of the city’s most influential residents.

Now, she has added the Fred Rogers Global Citizenship Award, which honors prominent alumni who exemplify Rollins’ mission of global citizenship and responsible leadership through their extraordinary achievements and impact on society.

“It’s like somebody called me up and said I’d won the Nobel Peace Prize,” says Livingston about winning an award named in memory of Rollins’ most famous graduate. “It’s so shocking, it still hasn’t settled in.”

Rogers, who graduated in 1951, volunteered at the Welbourne Avenue kindergarten day-care center where Livingston was a student. “So I had contact with him in some ways indirectly,” she remembers, “but to think that I would get the Fred Rogers Global Citizenship Award, it’s mind-boggling.”

In addition to growing up in a “close and cohesive neighborhood” where “we were all in the same schools and churches and children played together,” Livingston credits her Rollins education with laying the foundation for a successful career.

“I do believe that the name ‘Rollins’ on my resume really helped me. That impressed a lot of people,” she says. “But I think going to Rollins gave me more confidence. You have to understand I grew up in segregated communities. It wasn’t until I started working with the state of Florida in 1971 that I started working with people who did not look like me. Rollins taught me how to be at ease in all situations and voice my opinion and speak my truth.”

Livingston is proud of the ties between the College and Winter Park’s Black community, pointing all the way back to former president Hamilton Holt bestowing an honorary degree to civil-rights leader Mary McLeod Bethune in 1949. “Rollins, in my opinion, has always been a community partner,” she says.

As for her own legacy? Livingston hopes people will remember her as “someone who tried to be fair, available, and giving—because so much was given to me and I feel the need to give back with my money, time, and talents.”