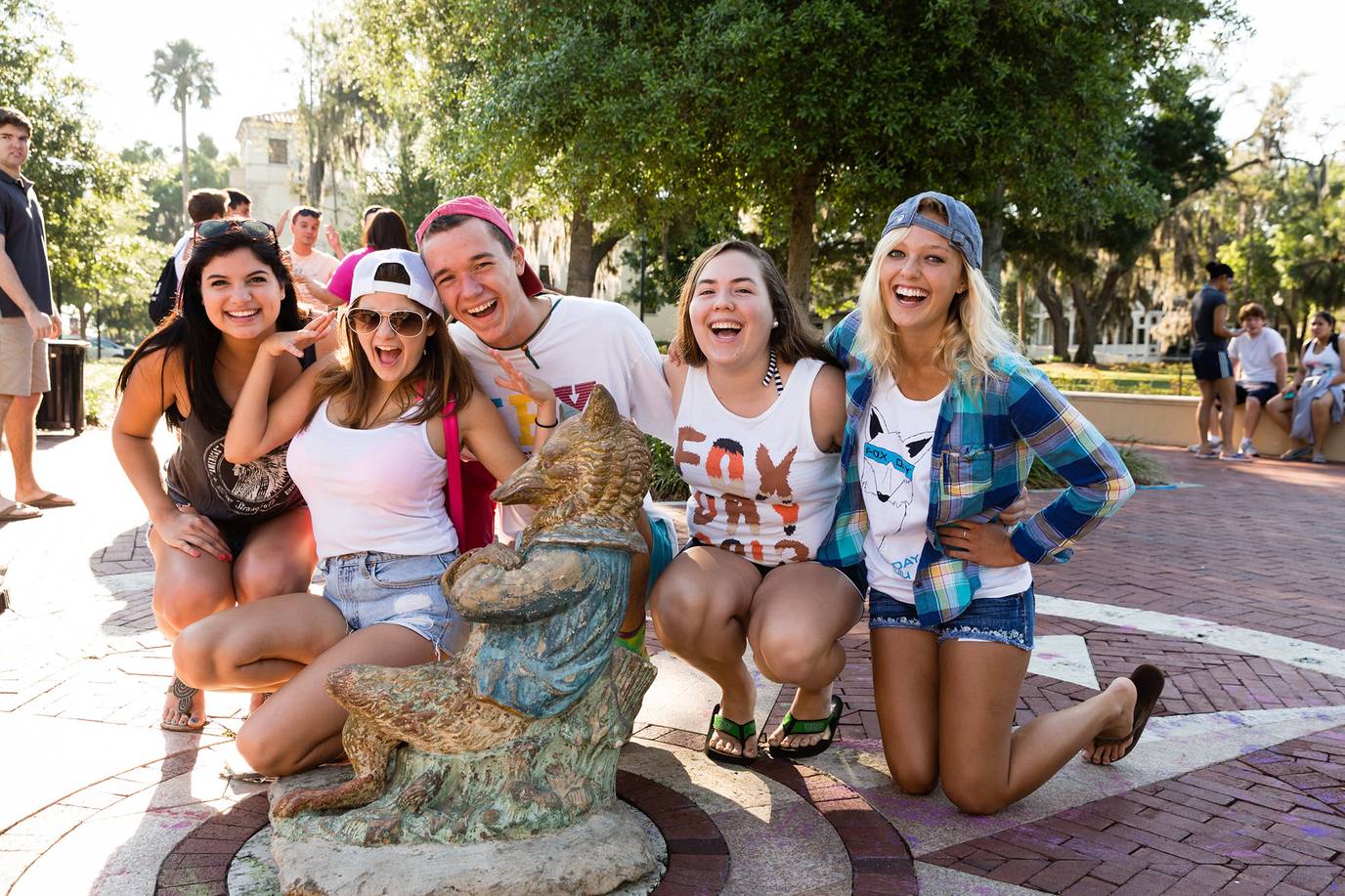 Here are a few of our favorite photos from Fox Day 2014.

“I couldn’t turn the lights on at my house this morning,” President Lewis Duncan said early Thursday morning. “I knew people were watching it.”

In anticipation of this year’s Fox Day, Duncan knew he’d have to be sneaky. “Students were waiting for the fox. I heard rumors there’d be a riot if today wasn’t Fox Day,” he said. 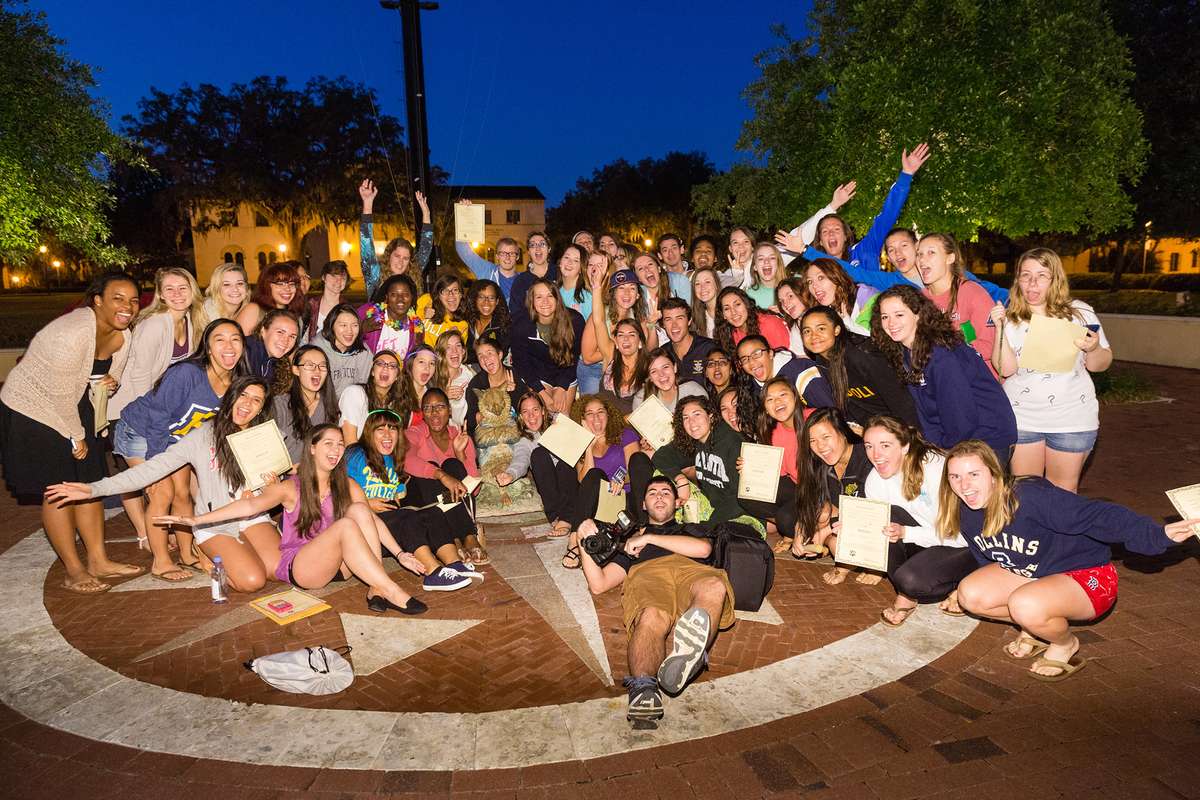 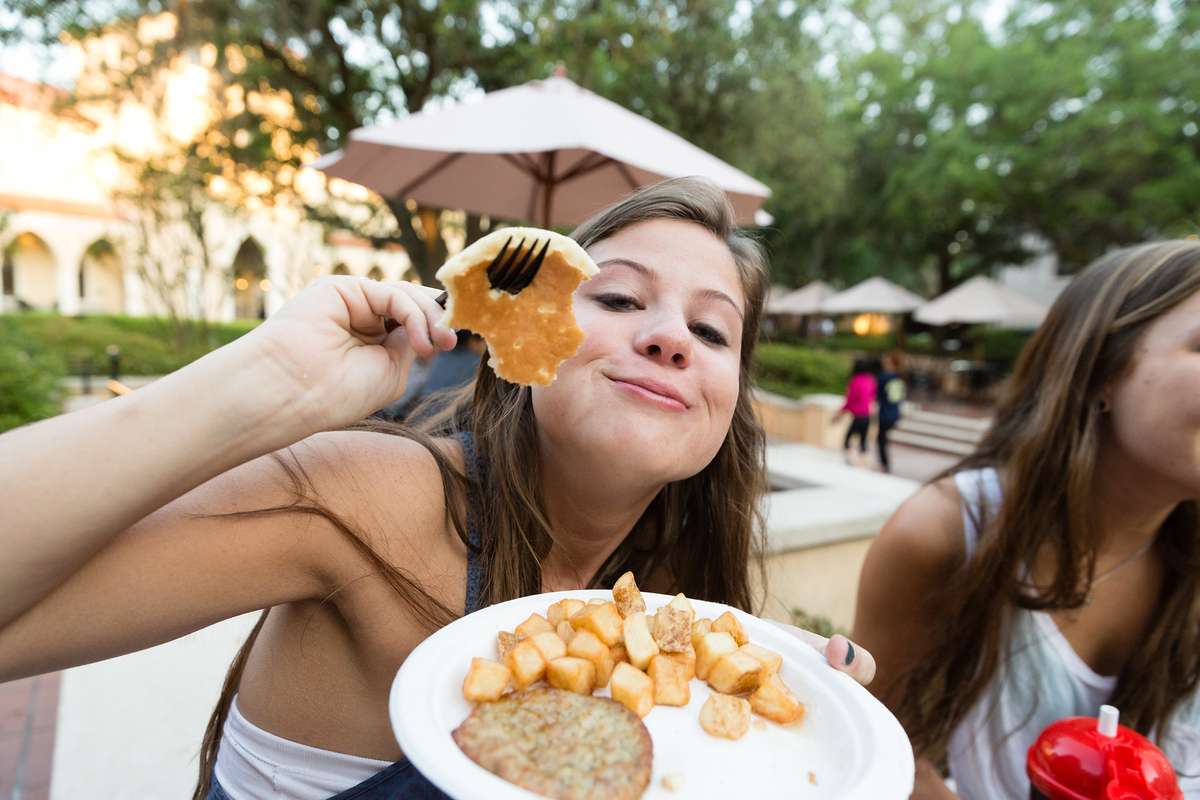 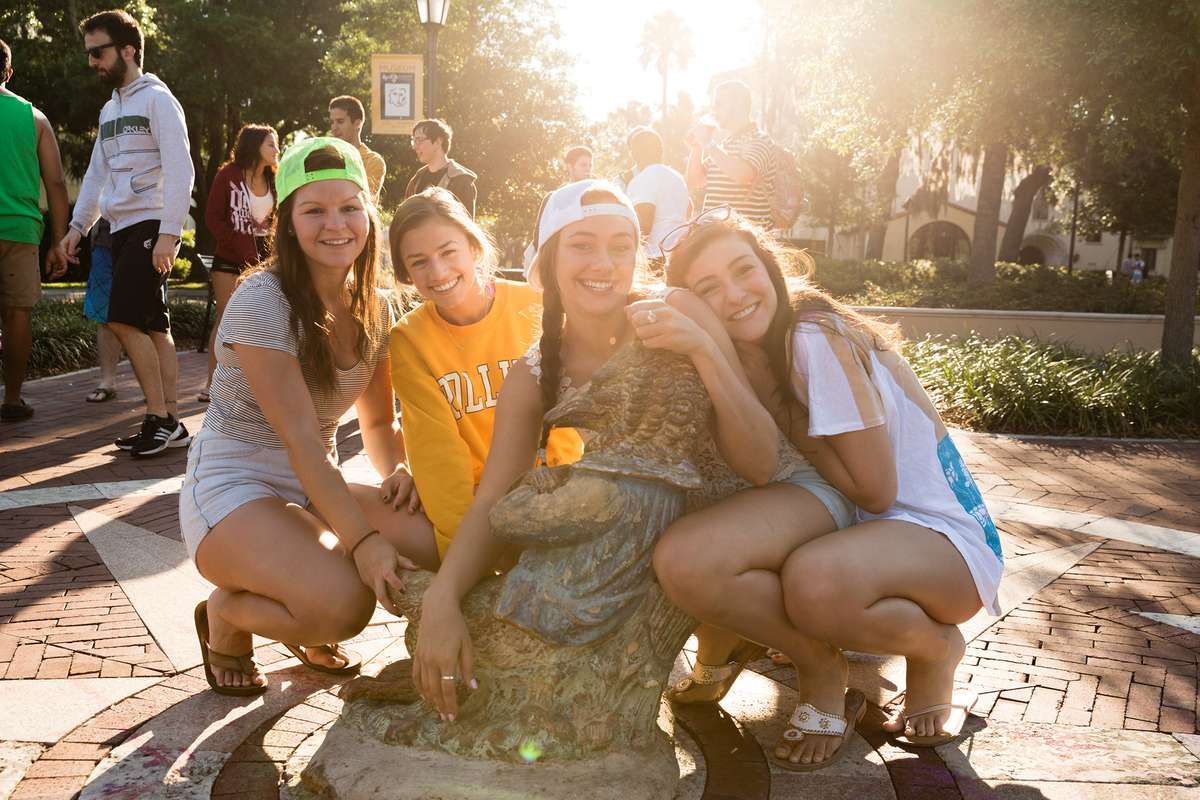 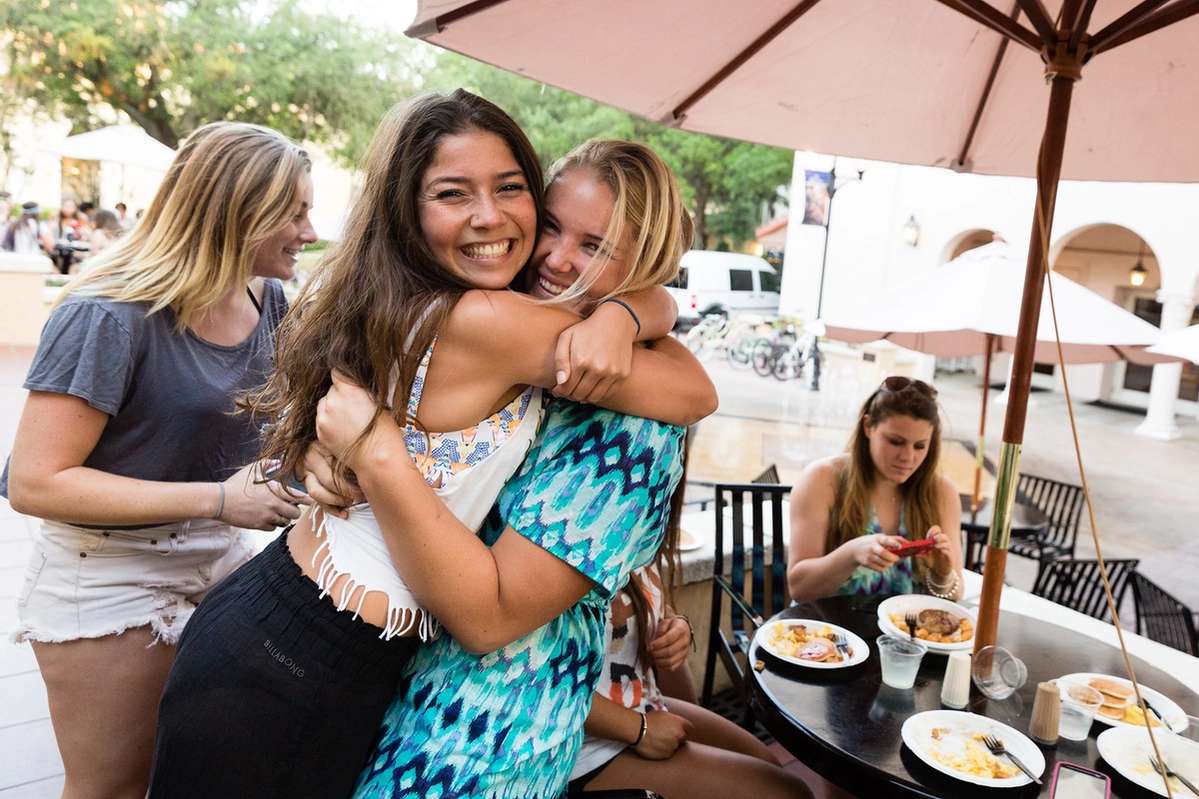 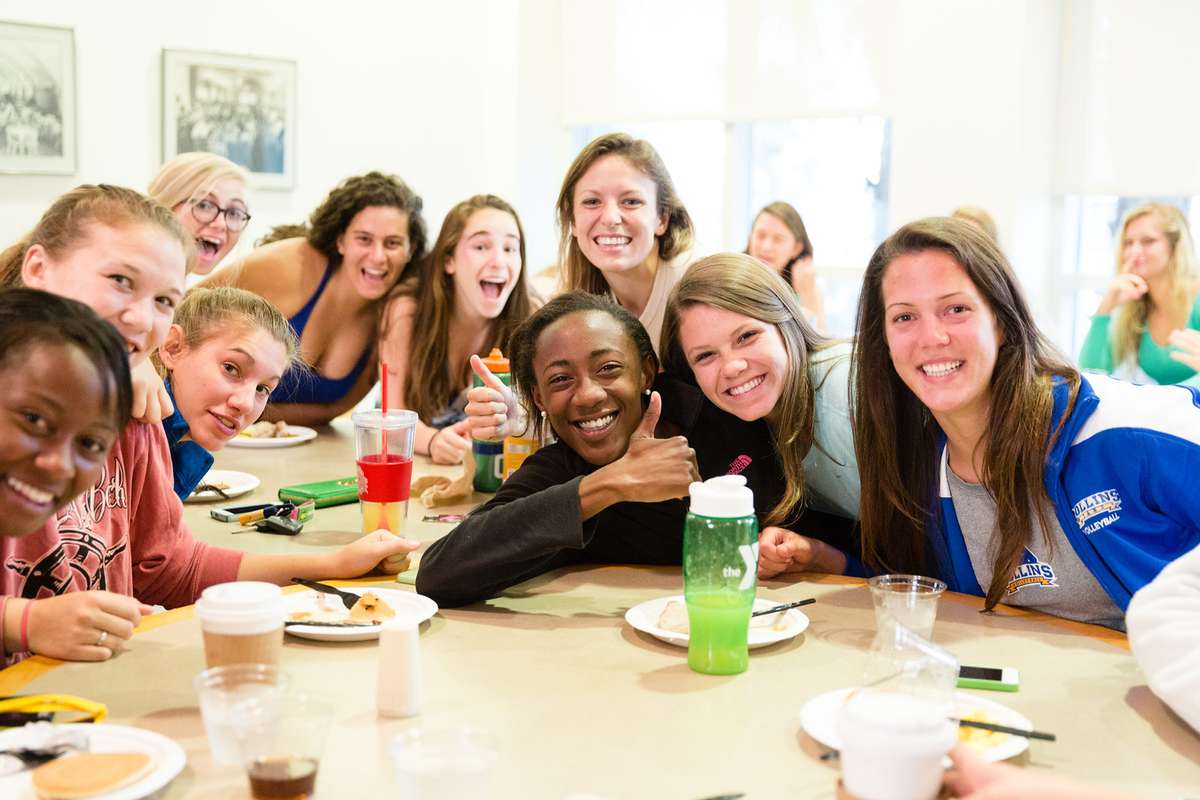 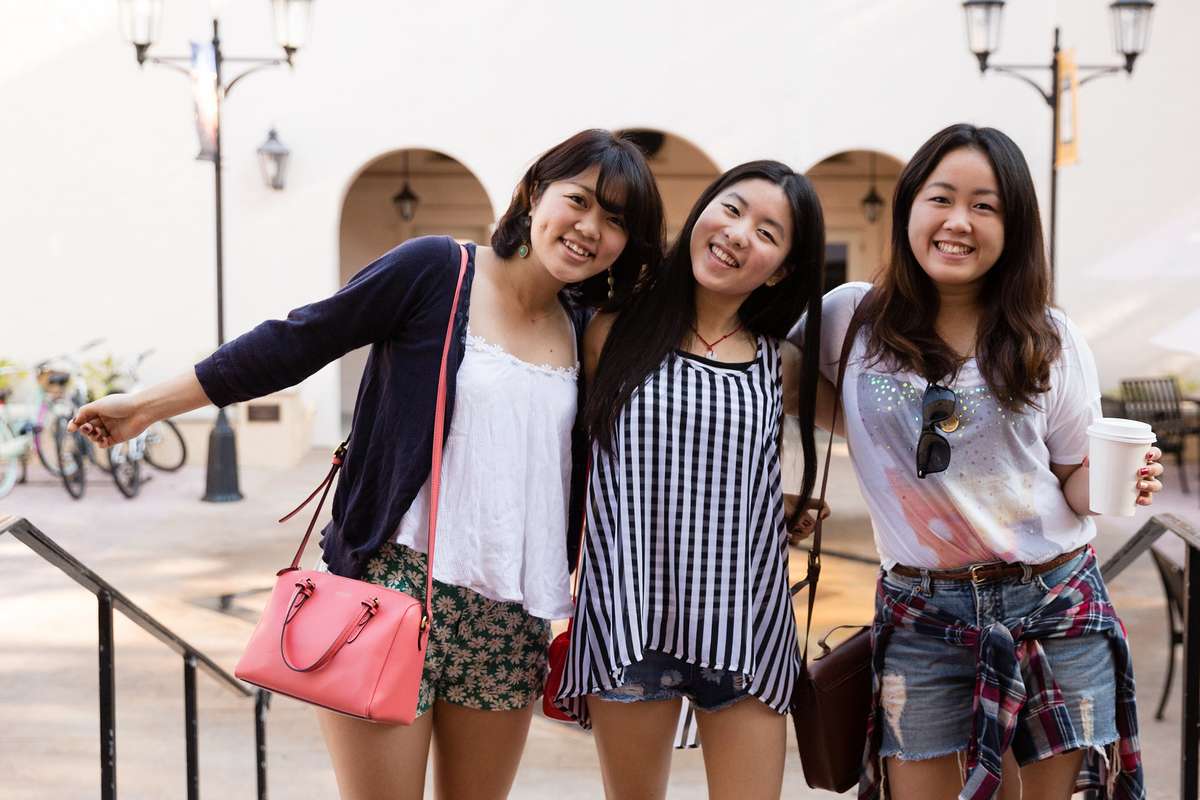 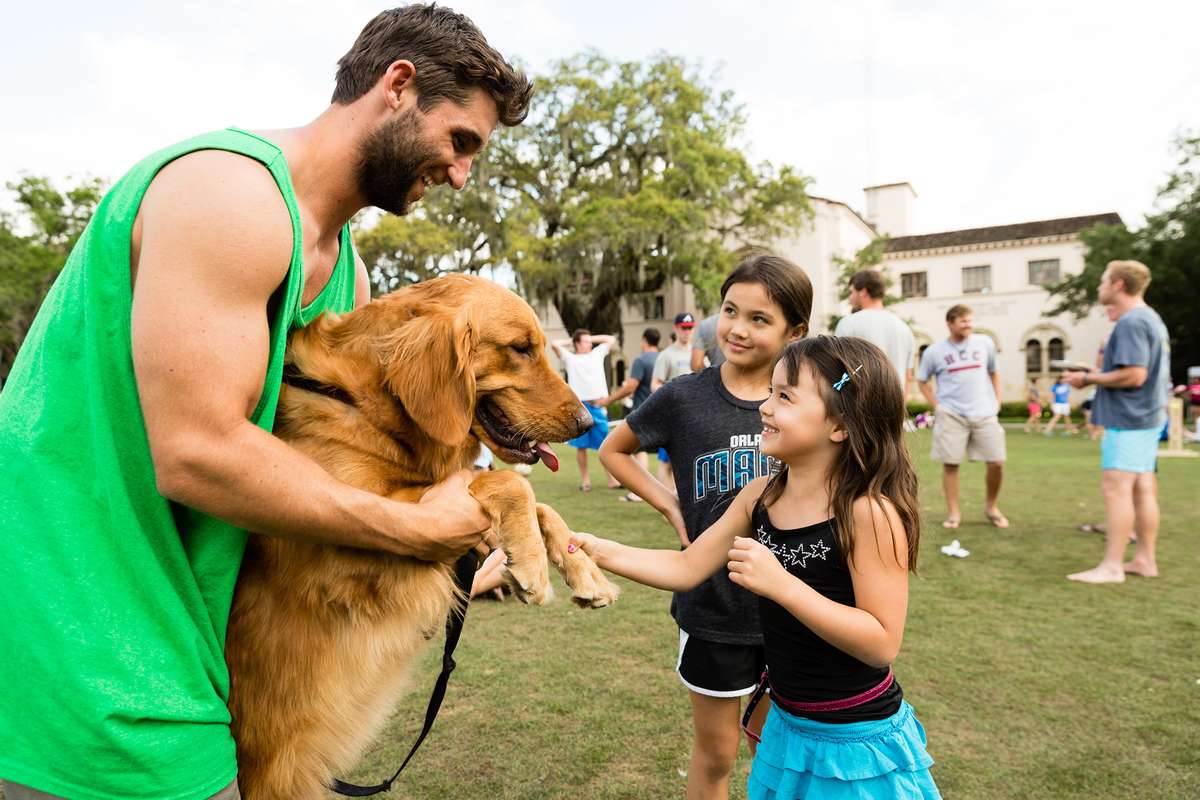 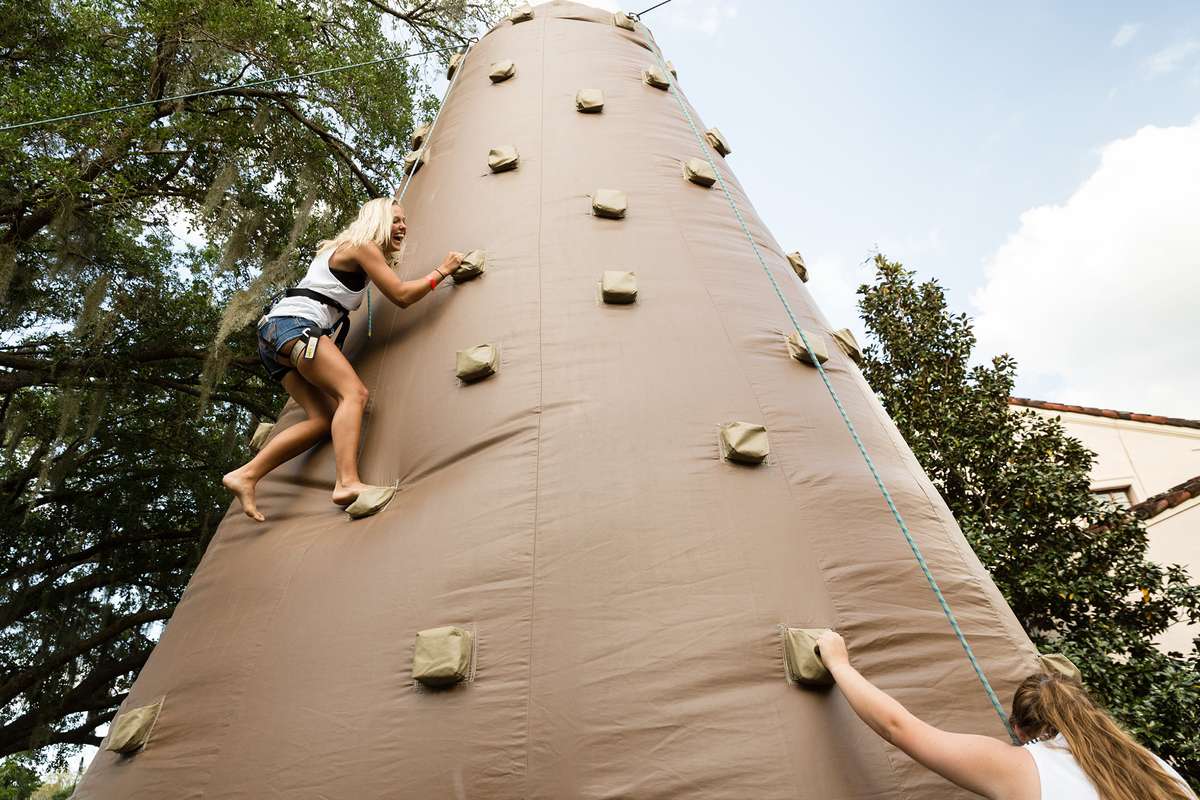 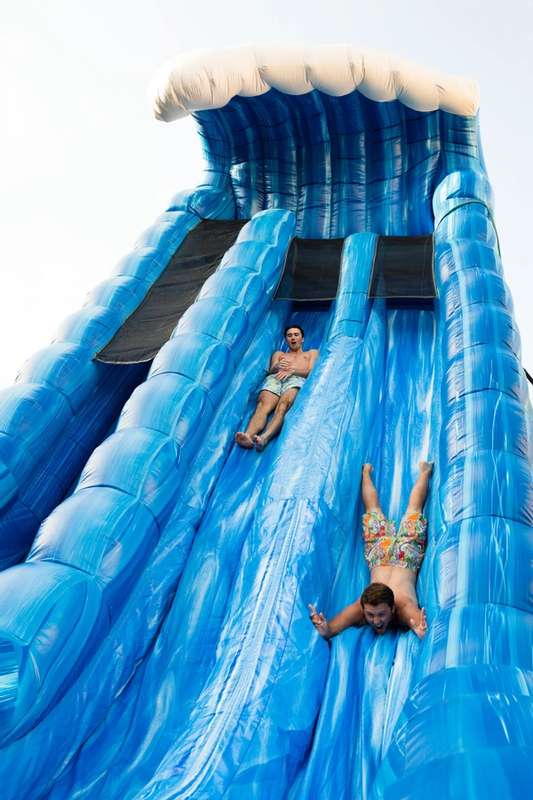 The holiday happens each year in the spring, when the Rollins president, along with a few helpers, rolls the 300-pound statue onto Tars Plaza, signaling that classes are cancelled for the day. This year, it fell on Thursday, April 10—a little later than it had been in the past two years, but not the latest it’s been under Duncan’s tenure. That would be April 12, 2005, his first year as Rollins’ 14th president. (May 20, 1957—the second Fox Day in Rollins’ history—holds the title for the latest date.)

As they made their way to Tars Plaza from the Fox’s secret holding place, Duncan spotted the first sentinel. By the time he and the fox finally made it to the space around 5:45 a.m., students were bouncing up and down, dancing, and hollering. It was finally Fox Day, after all—but there was one glitch. 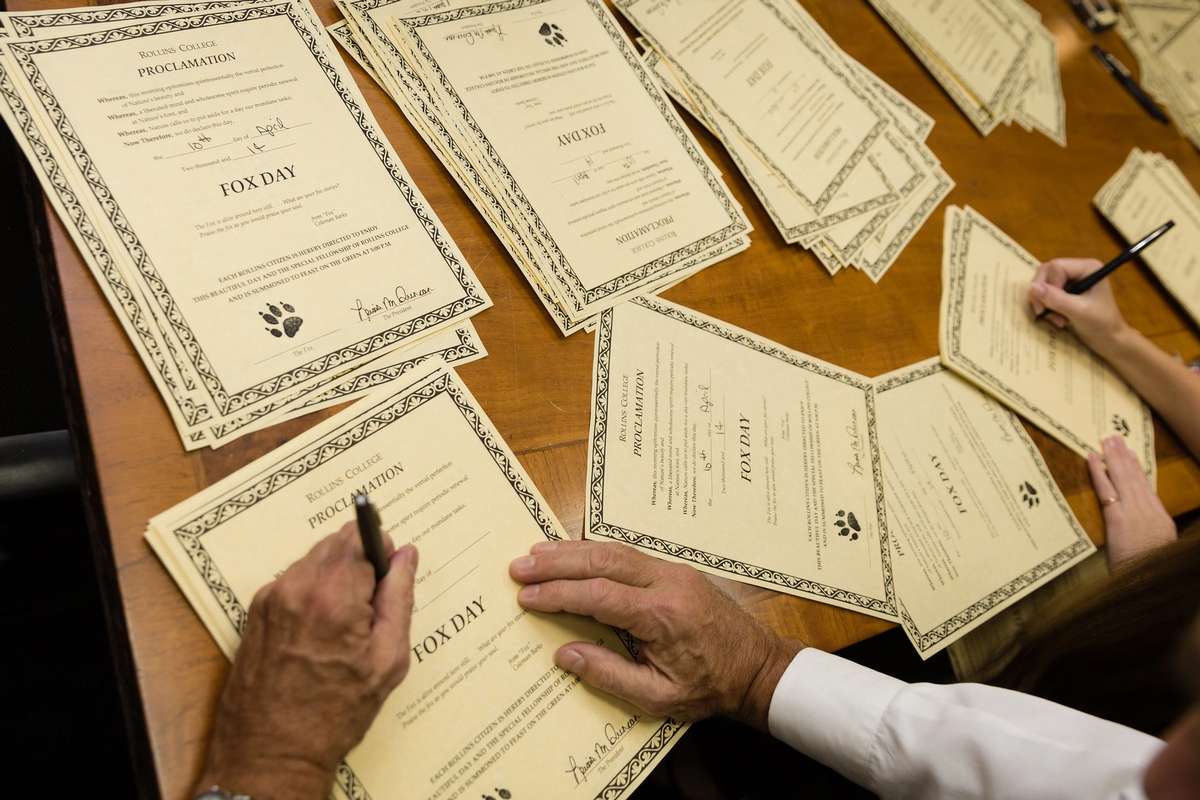 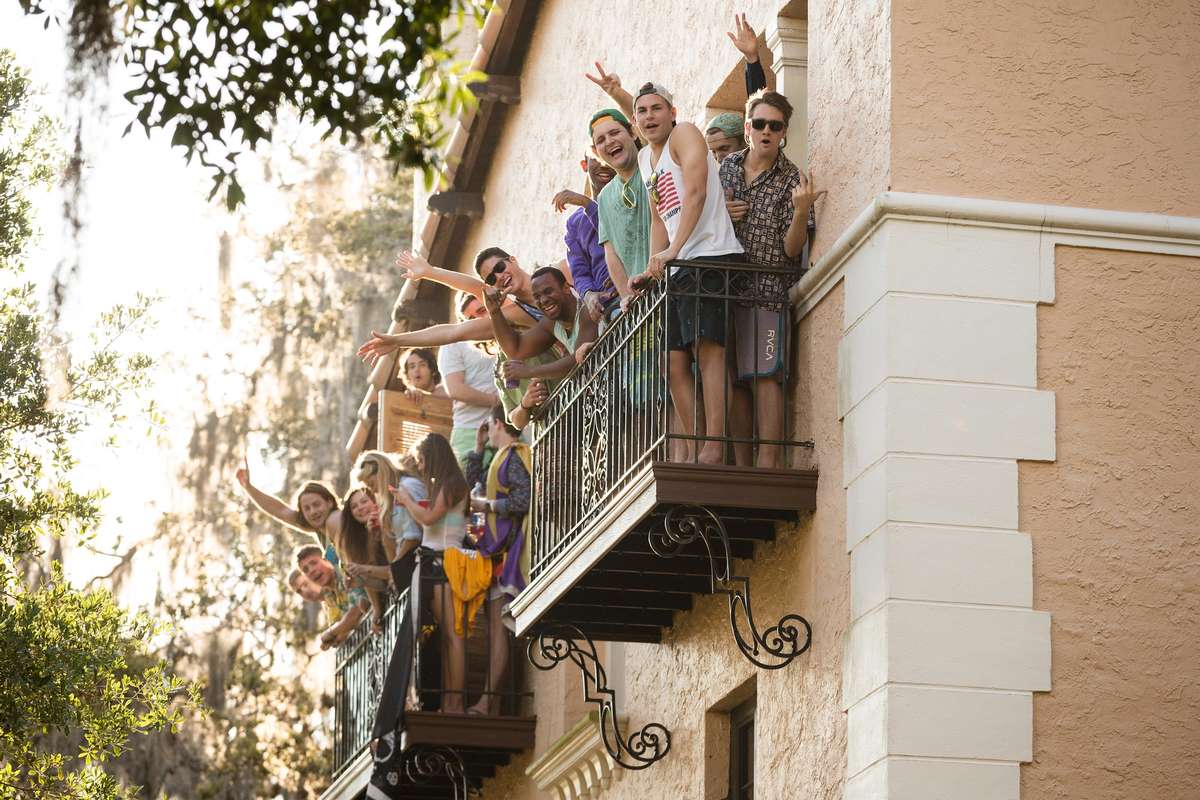 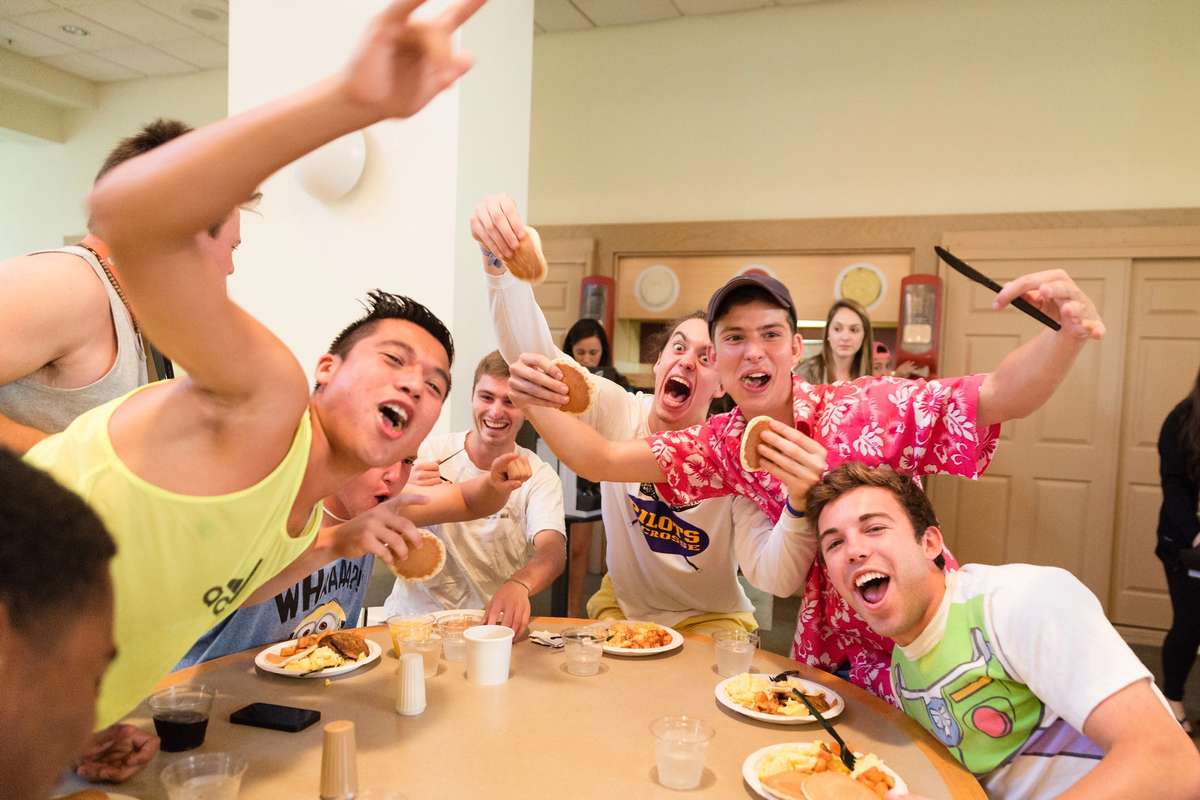 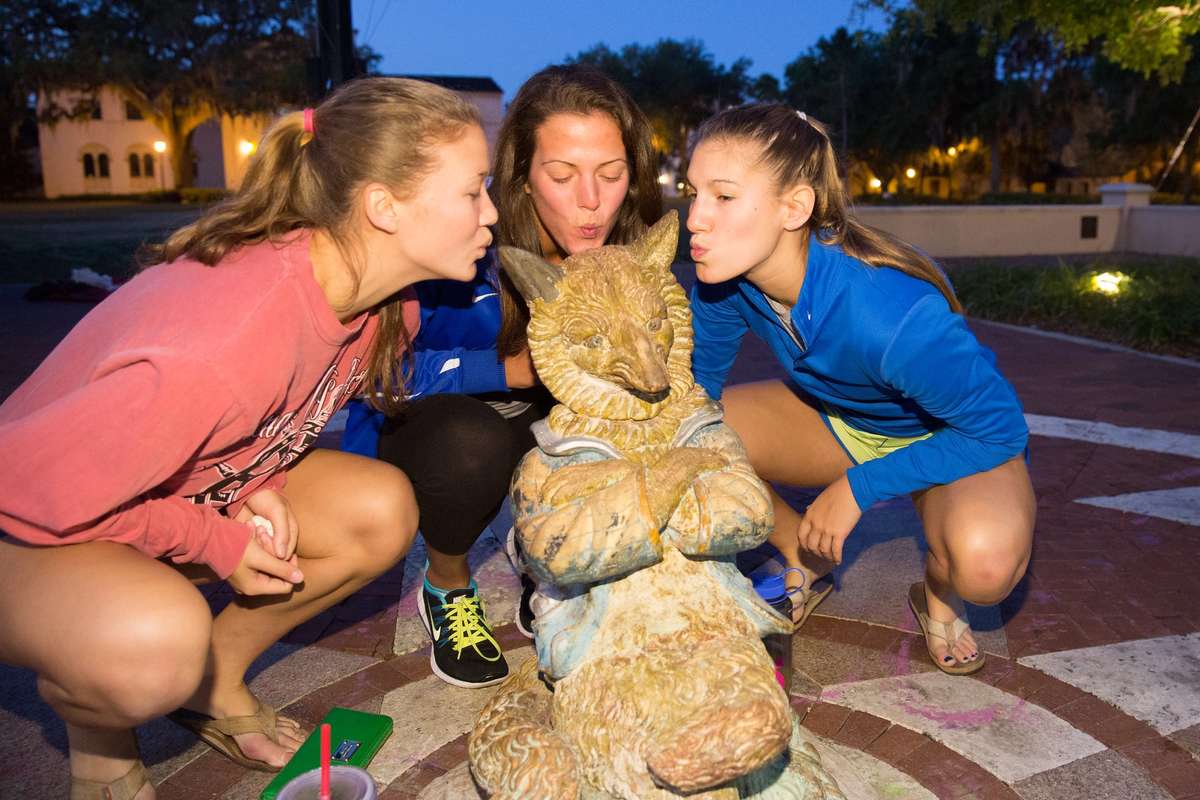 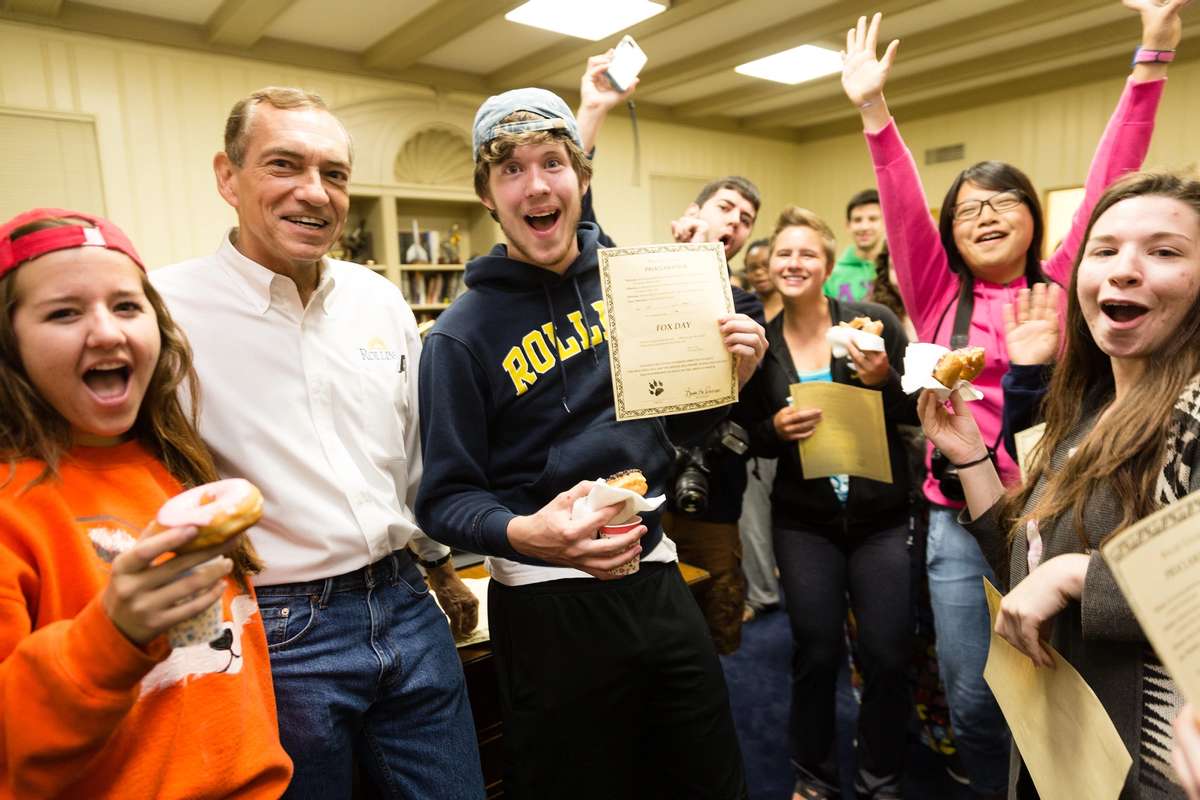 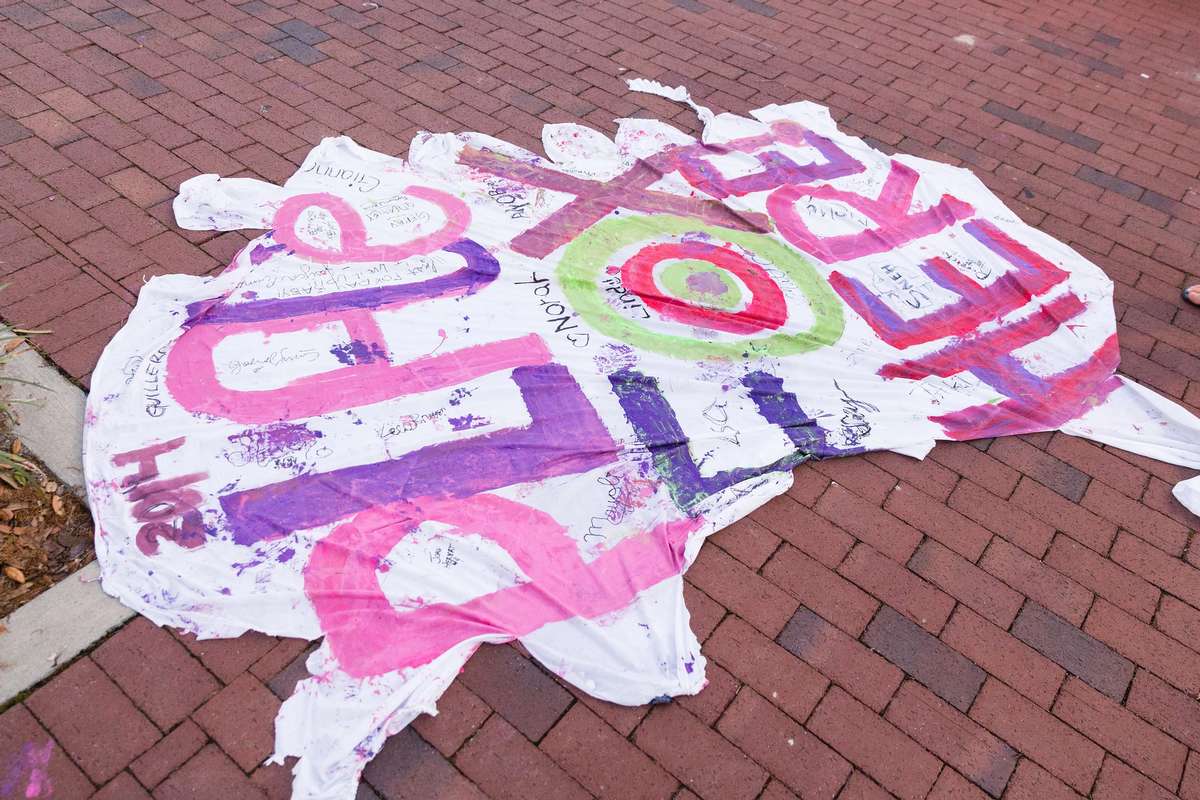 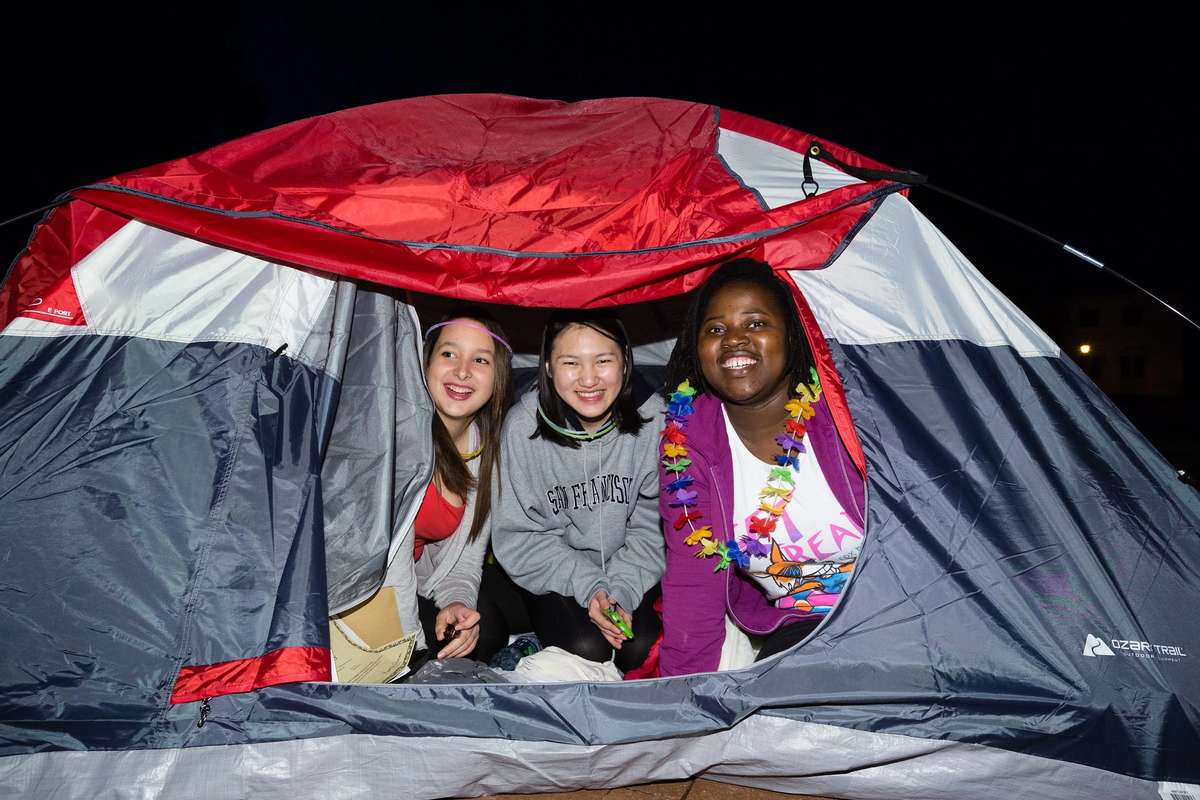 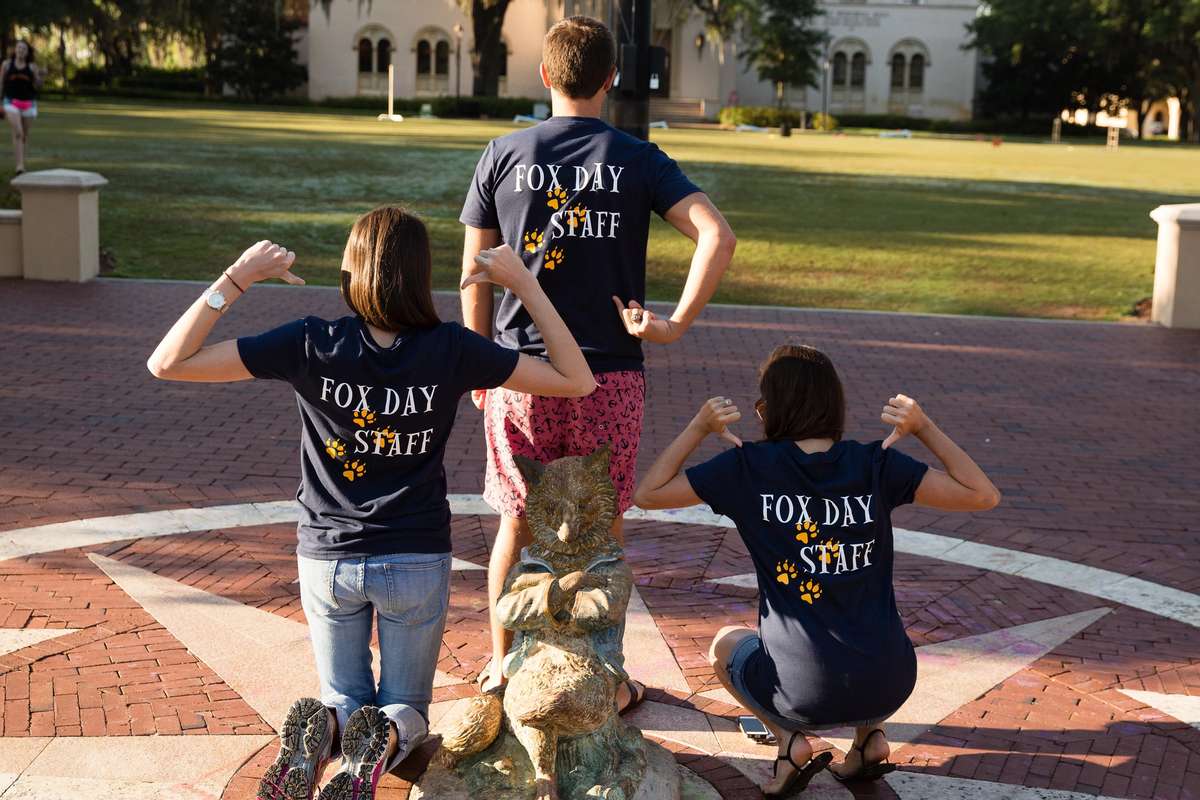 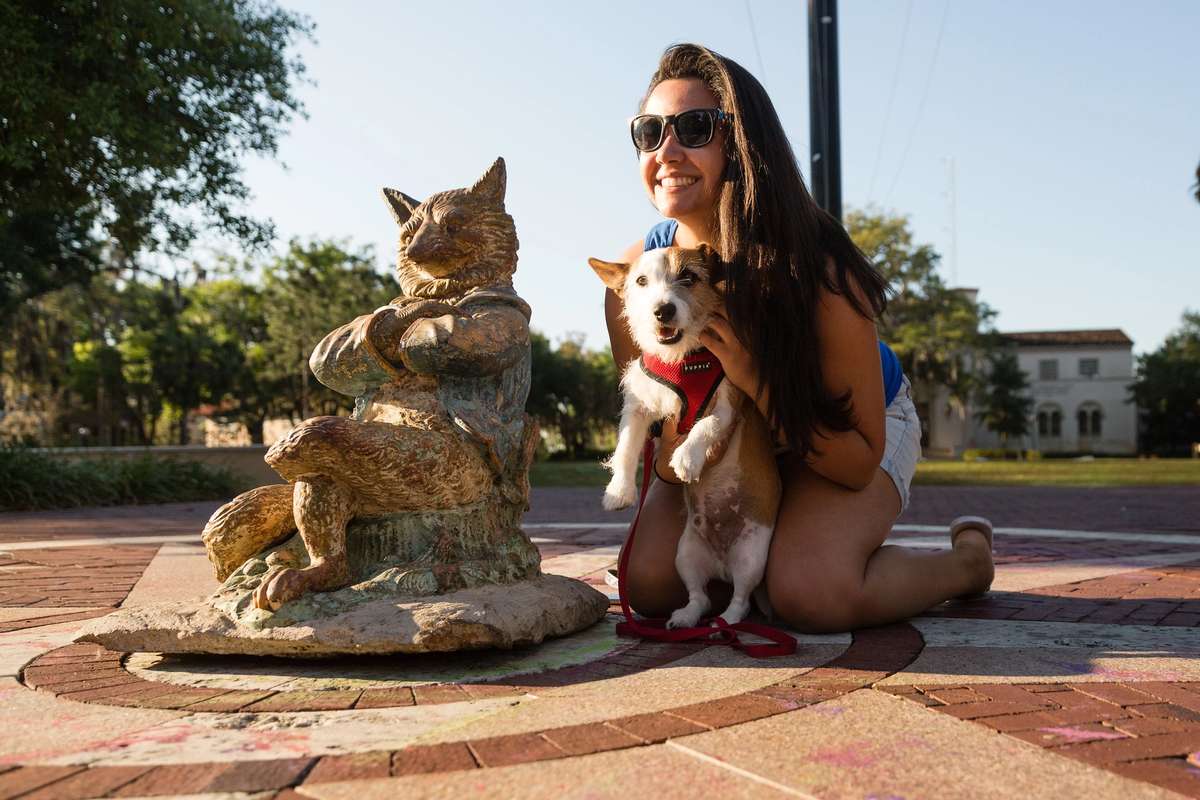 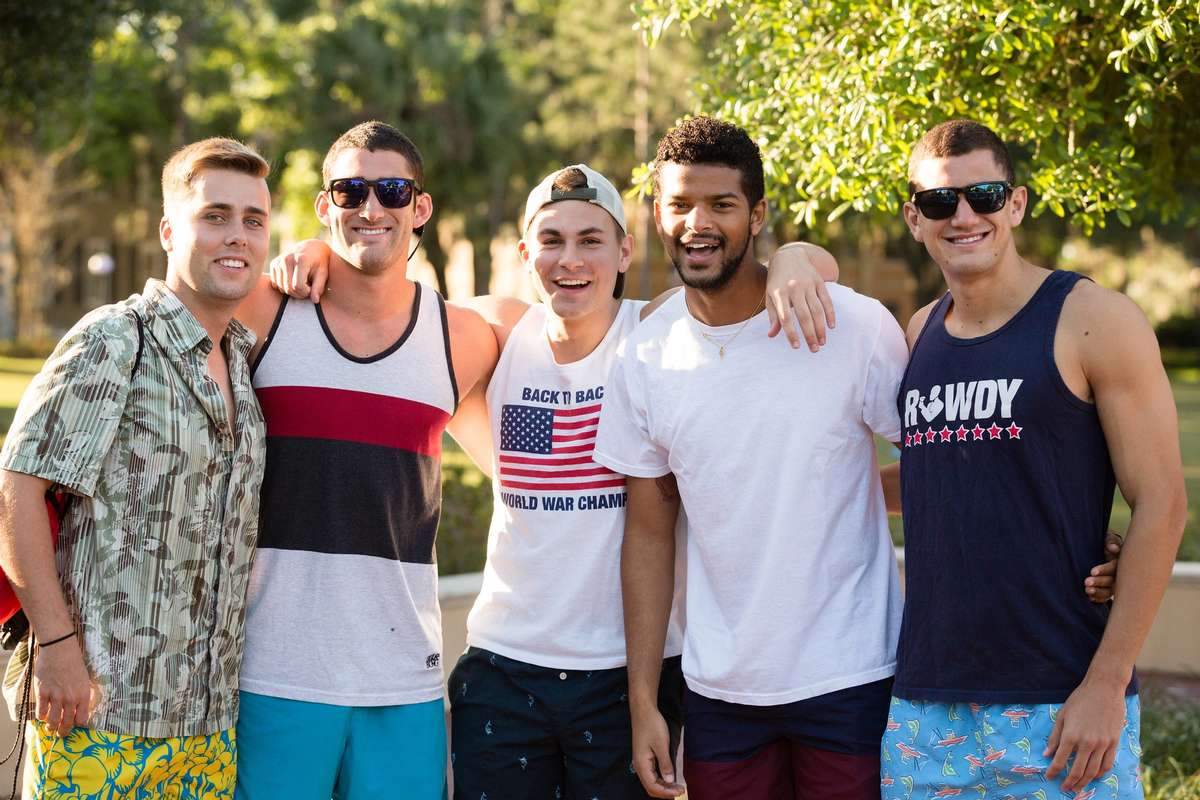 In the center of Tars Plaza was a hand-painted “Place Fox Here” sign where the fox was supposed to go, and the paint was still wet and the sign was slippery. Rather than risk getting pink and green paint on the Fox—which has had a home at the College for eight decades this year—or someone falling, Duncan and his crew placed it by the flagpole instead, just out of view for people tuning in to Fox Day cam. “We needed to set it down before we got mauled,” he said.

About an hour later, the statue made its proper place in the middle of the rose compass. And so began Fox Day 2014. The rest of the day included activities on campus—from water slides, poolside activities, and a psychic to the popular end-of-day barbecue on The Green.