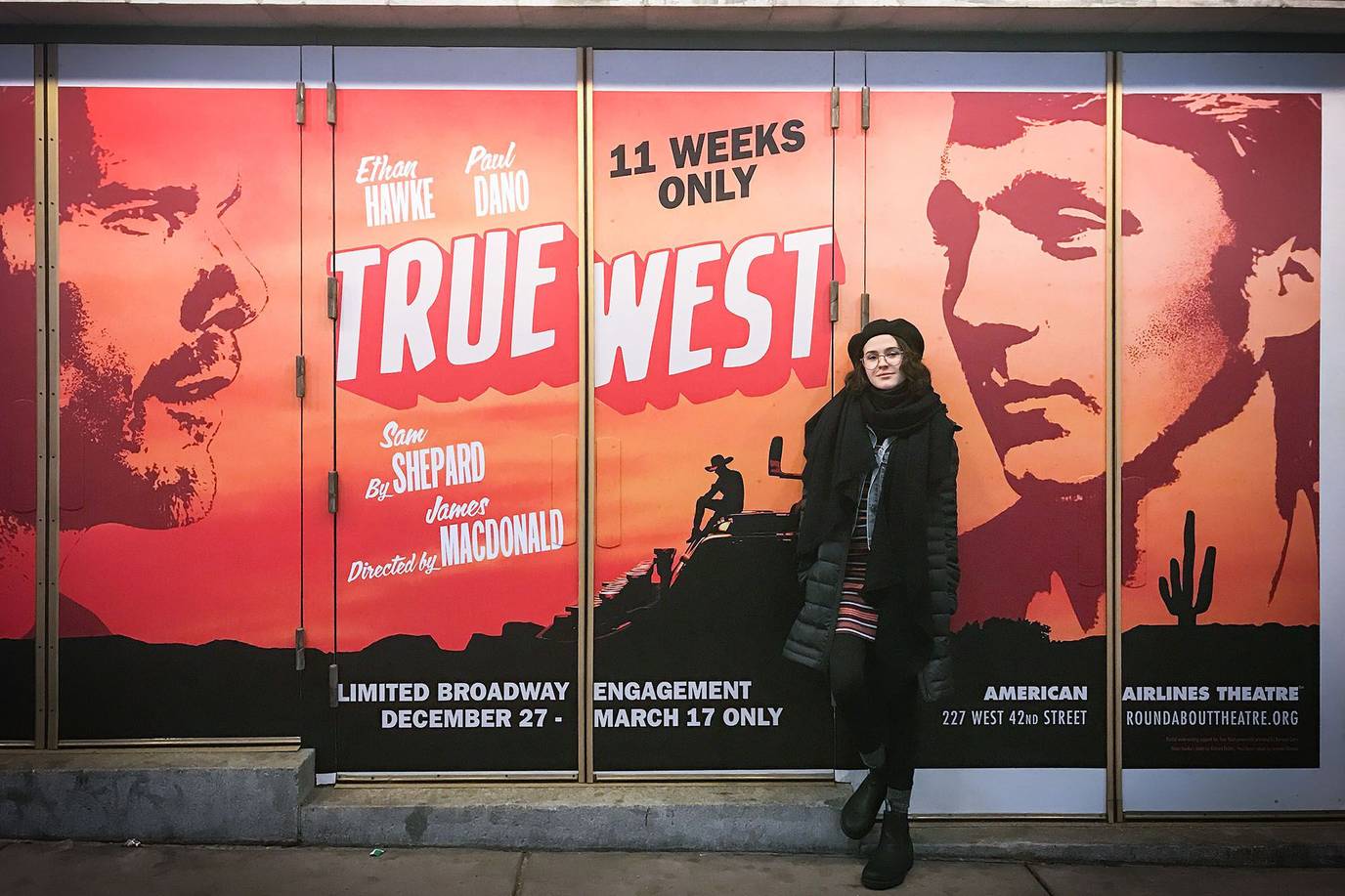 It’s a week before the biggest moment of her young career, but at the moment, Kathleen Capdesuner ’17 is more concerned with dodging pushy pedestrians in search of some Thai food.

Normally, pad Thai will do the trick, but tonight she’s fighting a cold and jonesing from some spicy tom yum soup. “It usually kicks the life back into you,” she says, her hurried voice competing with the ever-present hum of car horns and sidewalk chatter.

Apologia—the tale of a woman facing the repercussions of her past—will make its New York City debut to rave reviews in nine days. The Roundabout Theatre Company is putting on the Off-Broadway play, which stars Tony and Emmy Award-winner Stockard Channing, and Capdesuner is serving as the assistant director.

A first-generation college student whose parents fled Cuba in the mid-1990s, Capdesuner was a Fulbright semifinalist who founded Rollins’ chapter of the Alpha Psi Omega theatre honors fraternity while majoring in theatre with an emphasis in directing. She was one of just a handful of students in the College’s history who twice directed productions in Rollins’ student-run black-box theater.

Rollins not only gave her access to a world-class education, but it opened doors to explore Europe, hone her craft, and land a directing and artistic engagement internship at the Tony Award-winning McCarter Theatre Center in Princeton, New Jersey.

Now the Roundabout Directing Fellow at New York’s largest nonprofit theater, Capdesuner will eventually work on the Broadway play True West, which stars Ethan Hawke and Paul Dano, and the world premiere of Something Clean. At the moment, though, she’s super-focused on Apologia—and getting a bite to eat.

Congratulations on landing such a high-profile fellowship. How does it feel to be chasing your dream in New York City? “It’s incredible. Everything I’ve done has led to this moment. This is something I’ve dreamed about for a while. The fellowship is definitely a launching pad for my career.”

Has acting always been in your blood? “A drama class in third grade sparked my interest in theater, and I grew a lot under the drama program at Horizon Middle School in Kissimmee [Florida]. I took a directing course my junior year at Osceola School for the Arts, and it all just clicked. I thought, this is what I’m good at. My senior year, I got to direct a full production of The Complete Works of William Shakespeare (Abridged), and that helped me get into Rollins.”

Why Rollins? “I originally wanted to go to arts school in New York City—Rollins wasn’t really on my list—but it was actually all the people closest in my life who told me I should apply. So I auditioned for the Priscilla Parker Theatre Scholarship and was awarded it for directing.”

What drives you? “With the arts, especially theater, there is capacity for social change and to make the world a better place. As a child, I didn’t have access to theater or many artistic resources. My dream is to run a theater that is accessible and inclusive to all. That’s what gets me out of bed every morning.”

What’s a typical day in the life of an assistant director? “My primary function is to support the director in whatever way possible. A lot of it is like being a very observant chameleon—a right-hand person who’s always anticipating whatever the director wants. Sometimes the director might bounce a few ideas off me or ask my opinion on something—it doesn’t mean it’ll be incorporated into the show, but it might, and that’s a really exciting moment.”

What was your most challenging experience at Rollins? “Getting cast my first year in one of [Rollins’ theatre chair and producing director] David Charles’ original improv shows, The Lost Comedies of William Shakespeare. I had never done improv in my life. We had a course where we read Shakespeare’s works, wrote original sonnets and monologues, and learned how to improvise in iambic pentameter. That production was one of the most challenging but rewarding experiences of my college career.” 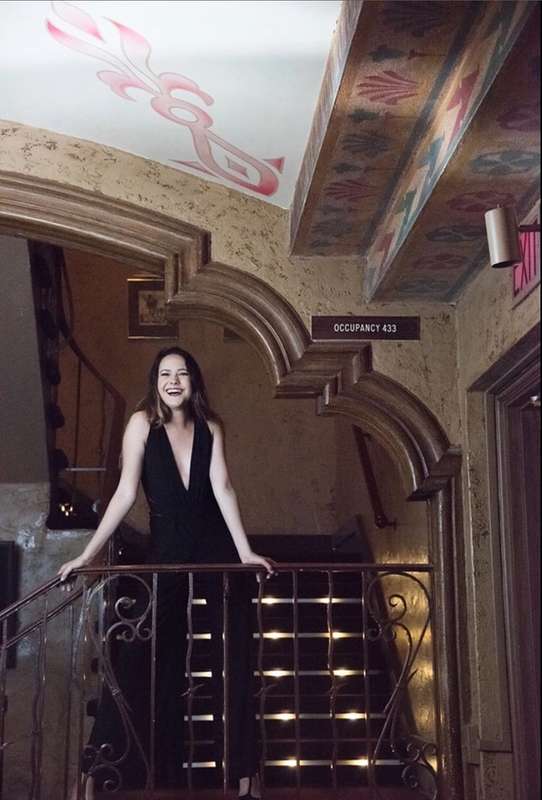 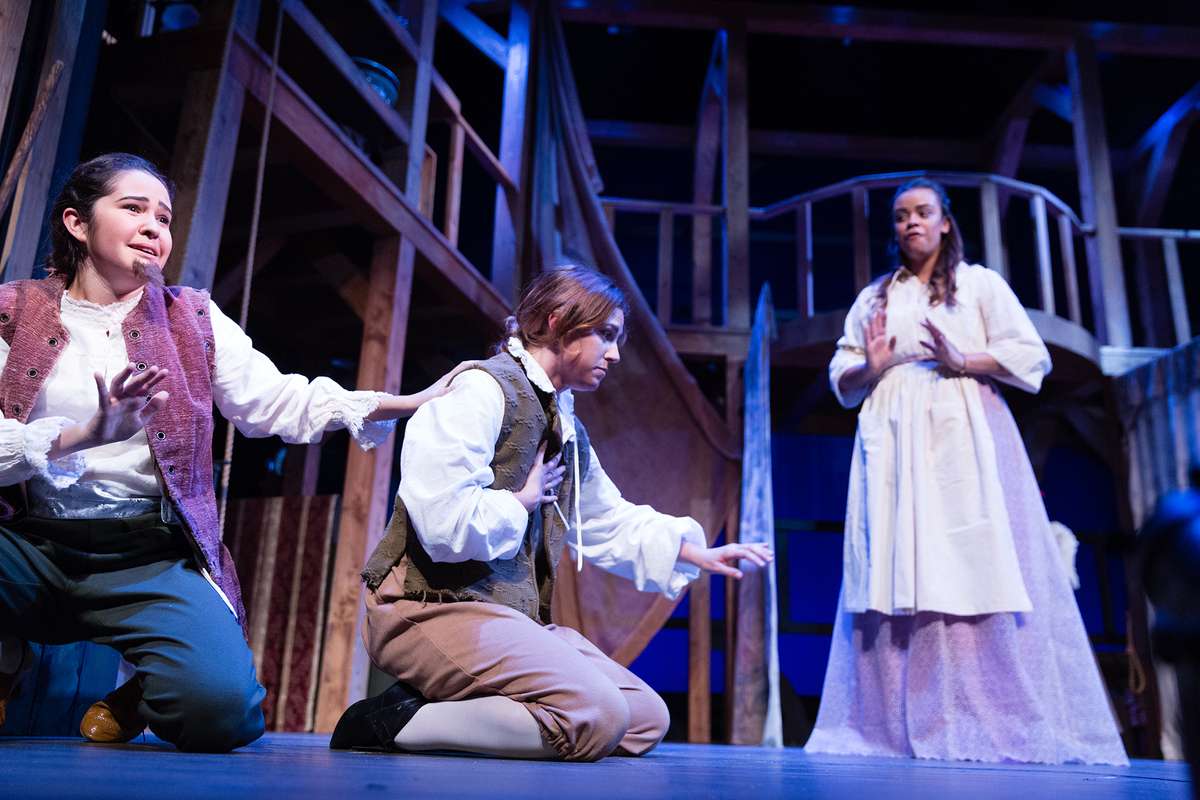 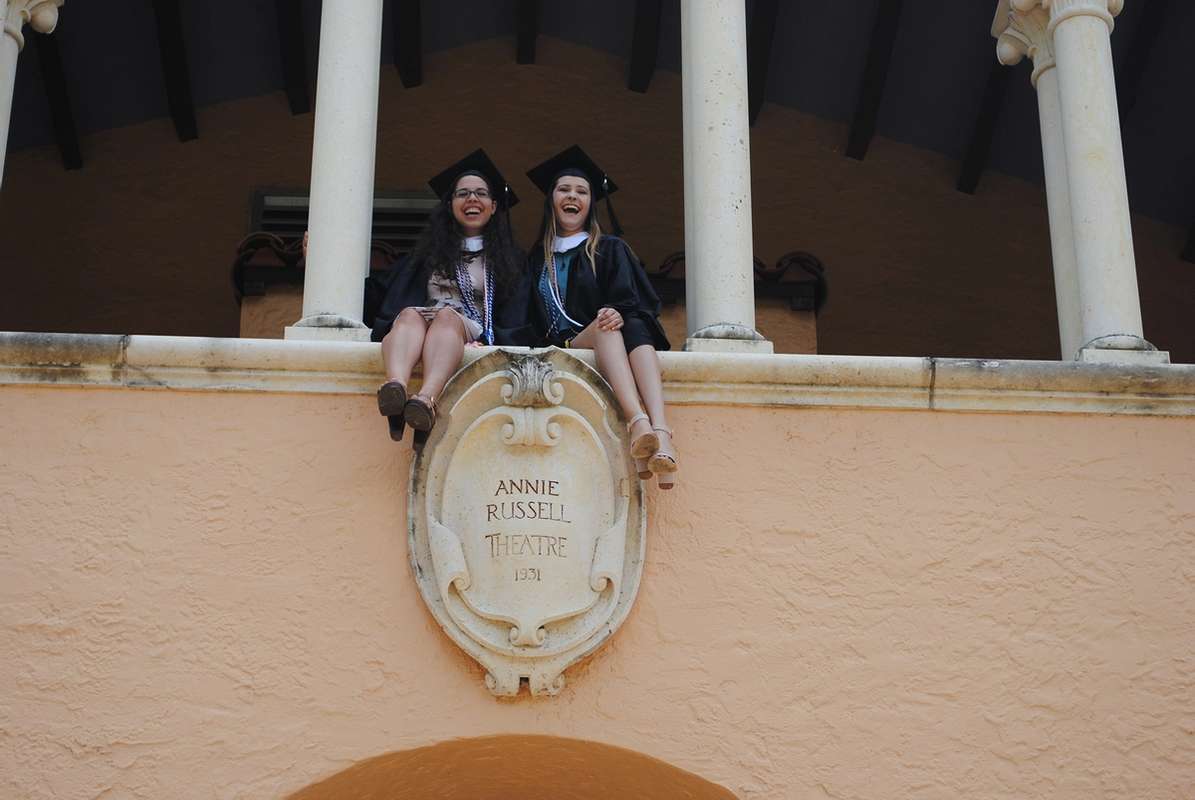 Experiential learning is very important at Rollins, especially in the theater program. What did that look like for you? “A lot of my experiential learning happened abroad in places like Scotland, where I did a street performance as part of the Edinburgh Festival Fringe, and the Czech Republic, where I attended the Prague Quadrennial (the world’s largest performance design event). My time in Prague completely changed my perspective on what theater could be and what a theatrical space could look like. I also spent a semester in London and traveled around Europe seeing theater in different countries.”

How did Rollins prepare you for success after graduation? “First, I found a cohort of people and a faculty of people who really believed in me and allowed me to take the risks I needed to take artistically. And when I directed my first black-box production as a junior, that helped me build a portfolio that led to the Roundabout fellowship. Overall, I was able to see on a larger level what I was drawn to as an artist. I didn’t want to do theater that was just entertaining—I wanted to do theater that could educate, inspire, and change.”

In what ways does a liberal arts education help those who aspire to become theater directors? “The more well rounded you are, the better you’re going to be. As a director, you have to pull from so many different influences, and that’s where a degree in the liberal arts is very valuable. I’m thankful for those who encouraged me to apply to Rollins and have helped me along the way.”

What’s next? “I’m definitely interested in getting my MFA in directing. New York is my home base, but I’m kind of itching to go back abroad too. I kind of see myself as nomadic right now.”

From our innovative curriculum to our commitment to career services, find out how Rollins prepares our graduates to lead meaningful lives and forge productive careers.
Find Out What it Means to be Rollins Ready