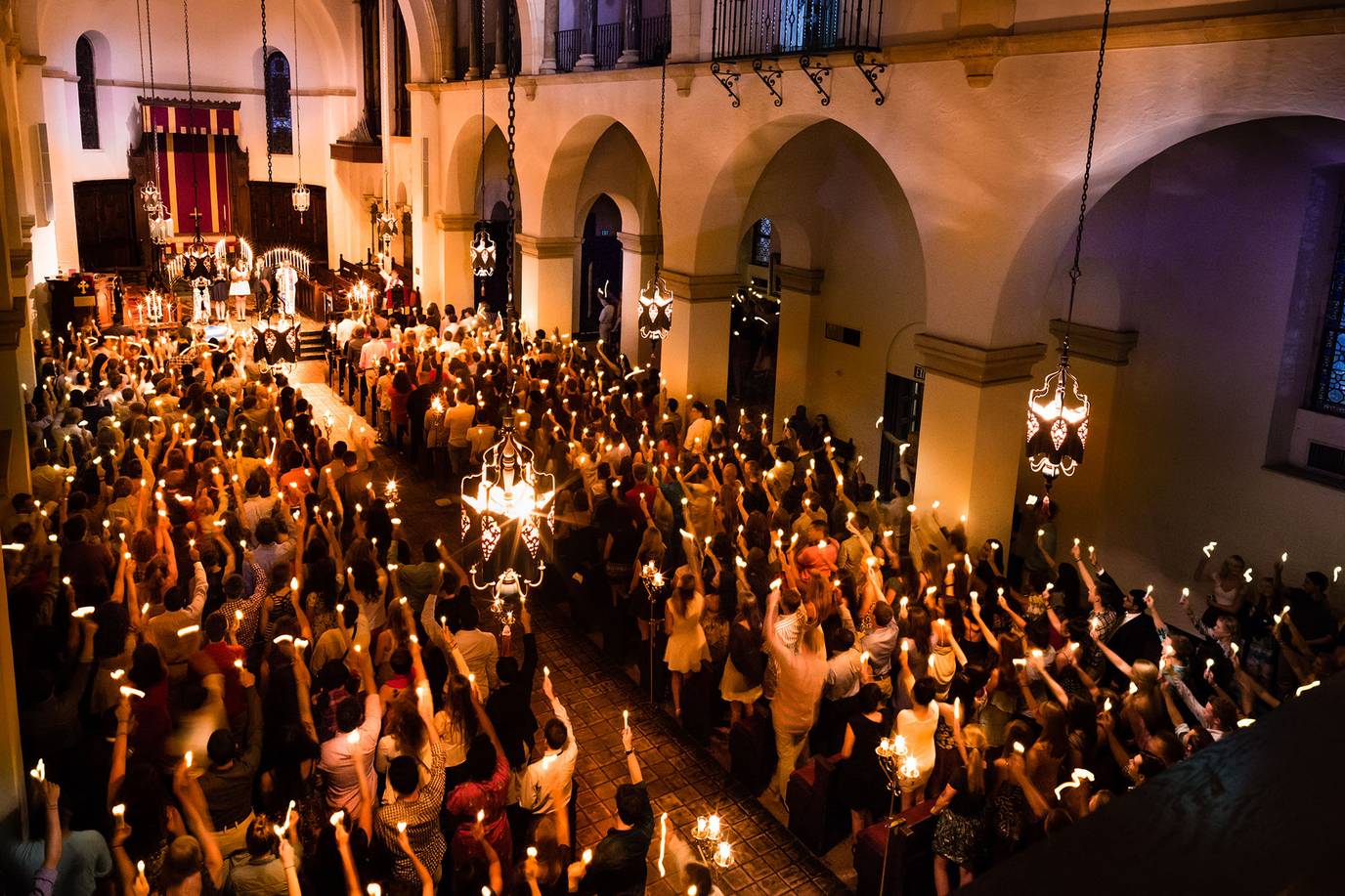 Change is inevitable, especially when you’re talking about an institution that’s more than a century old. Over the course of Rollins’ 135-year history, the College has consistently embraced change in the interest of furthering its mission to create global citizens and responsible leaders.

As a symbol of Rollins’ place in our ever-evolving world—educating the next generation of leaders to tackle the complex challenges of the 21st century—we’re unveiling yet another new piece in the current chapter of Rollins’ history: a refreshed alma mater. Performed for the first time at the dedication of the new Kathleen W. Rollins Hall on February 27, the updated anthem is the brainchild of President Grant Cornwell and music professor John Sinclair and was developed in collaboration with English professor Maurice “Socky” O’Sullivan and music professor Jamey Ray ’06.

“When I was thinking about who best to take this on, I considered talent, of course, but also who has deep connections to Rollins,” says Sinclair. “I immediately thought about Jamey Ray, who is both a great songwriter and a graduate of the College. And I thought, who better to write the lyrics than a longtime English professor? So I got professors Ray and O’Sullivan together, and then I got out of their way.”

Written in 1912, the original Rollins alma mater describes an institution “set like a gem amid the waters blue,” but it doesn’t mention the College specifically by name, which O’Sullivan says was typical of collegiate songs of that era.

“Most schools established in the post-Civil War era created that kind of generic song,” says O’Sullivan. “I wanted to write something relevant to who we are today as opposed to who we were in the early 1900s, including our character as an institution, our geography, and our history. I wrote out about 200 verses in the common meter that Jamey and I agreed to use. I wanted to give him things to work with. A lot of the verses were interchangeable—you could move lines in and out.”

The alma mater takes a few musical cues from its predecessor, namely the fact that it’s in the same key and uses the same range of notes as the original.

“Alma maters have a specific feel to them. They’re somewhat hymn-like,” says Ray. “I wanted to have that element to ours, but with a little bit more of a contemporary feel. There are things in the updated alma mater that we talk about regularly in our music theory class. It’s a piece that I’m actually looking forward to being able to analyze in theory because I think it’s got some good musical elements to it.”

After collaborating on a few different versions of the song, Ray and O’Sullivan met with a small group of administrators and longtime staff members, including Sinclair, President Cornwell, and Lorrie Kyle ’70, executive director of the president’s office. The team loved the demo but felt like it was still missing something. Then, a lightbulb moment—literally.

“President Cornwell suggested adding in a refrain,” says Ray. “He said, ‘What about the motto ‘let there be light’? I went into the other room and sat down at the piano, and that’s how the refrain came to be.”

The result is a song that celebrates the values that define Rollins: global citizenship, academic excellence, responsible leadership, service, community, bravery, and being a good neighbor. It’s a song that the creators hope will inspire institutional pride in generations of Tars both new and old.

“I’ve been at Rollins for 34 years, and in that time I’ve probably performed the previous alma mater more than anyone,” says Sinclair. “I think people are going to love this new take because it speaks to who we are and who we aspire to be. It was a truly collaborative effort, and it’s a lovely piece of music.”