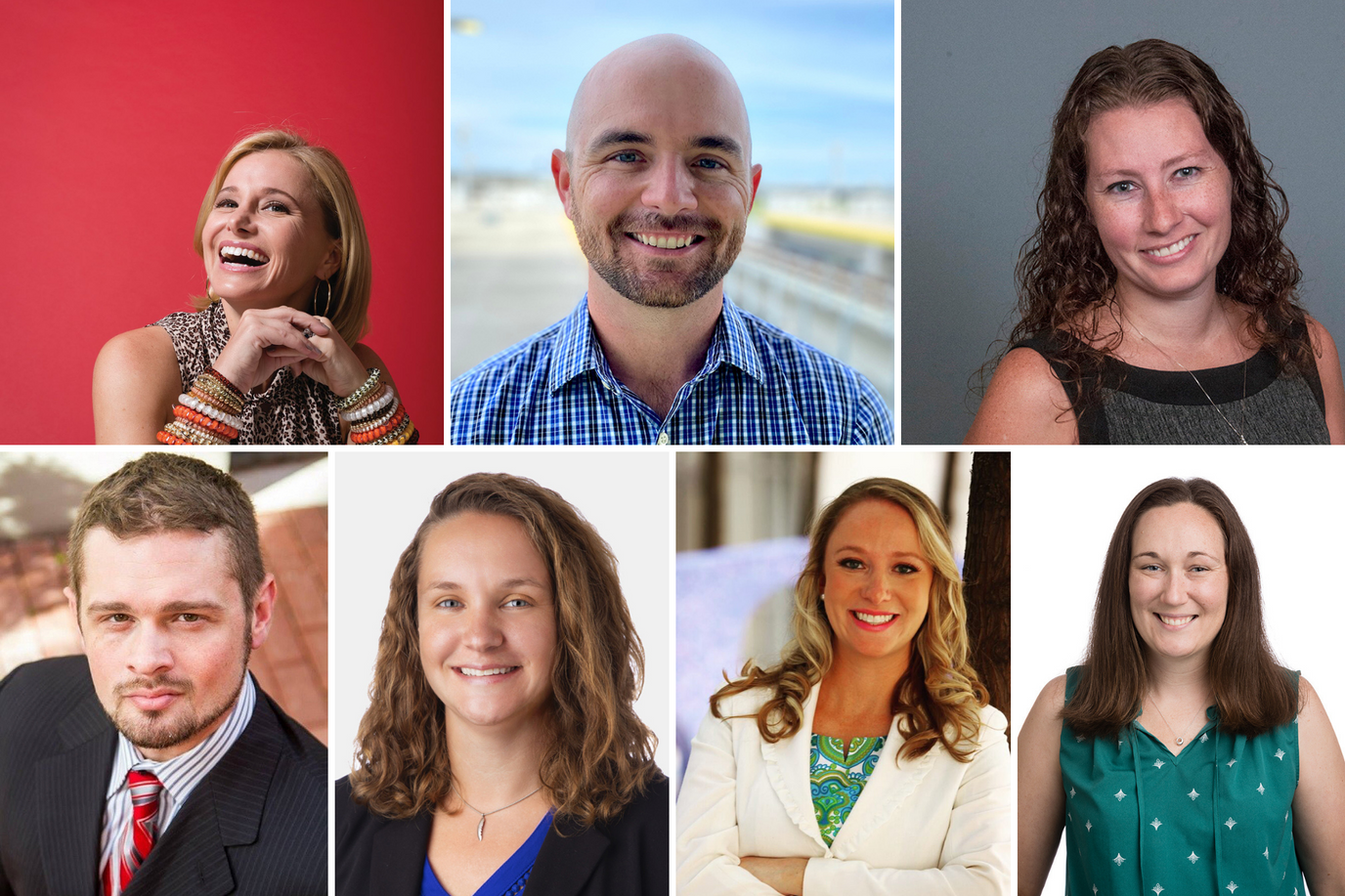 For their community leadership and professional contributions, seven Rollins alumni have been recognized by the Orlando Business Journal in its annual 40 Under 40 Awards.

Orlando Business Journal has released its annual list of 40 Under 40 Award winners, and seven Tars have made the cut. Each year, the publication recognizes professionals whose successes are defined by their business acumen, philanthropic efforts, and community leadership. Among the 2022 honorees are an engineer, a serial entrepreneur, a fiscal manager, and a specialist in community outreach who embody what it means to be a global citizen and responsible leader.

To be eligible for the peer-nominated awards, nominees must be under 40, occupy a leadership position, engage in some form of giving back, and work in Orange, Seminole, Osceola, Lake, Volusia, or Brevard counties. Here’s a look at the seven Rollins grads recognized this year and how they’re making a difference in their communities.

Carmen Rasnick’s background in urban planning and financial management has well positioned her to take the financial reins of one of the fastest-growing cities in the U.S. Assuming the fiscal manager role for the city of Orlando less than a year ago, she and her team have already saved $100,000 in operating costs during the first quarter of 2022. Rasnick learned the importance of service at Rollins, where she served as the community service chair of the Student Government Association and as a student representative of Leadership Orlando. Now she volunteers with the Second Harvest Food Bank and regularly teaches financial-literacy skills to children in historically underserved neighborhoods.

Just before COVID shutdowns swept the nation, Rebekah Arthur was charged with overseeing programming for the Seminole County Chamber, many of whose business members were among those affected. She has more than weathered the storm, recently attracting national accolades for her social media prowess in promoting community events like the Riverside Dash. The seeds of Arthur’s interest in community building were planted as an international business major at Rollins when she interned at the Festival of Orchestras, where she went on to serve as the event manager after graduation.

Beau Blackerby launched a commercial real estate company just two years after earning his MBA from Rollins’ Crummer Graduate School of Business. Twelve years later, the boutique firm has taken off with high-profile developments throughout Central Florida, including a partnership to bring Fresh Kitchen healthy fast-food dining to Lakeland and upcoming mixed-use developments in St. Cloud. Blackerby points to the connections and real-world business experience he received at Crummer as key ingredients of his entrepreneurial success.

Move over, scrunchies. Entrepreneur Lindsay Muscato’s waterproof hair ties—which double as stylish, stackable bracelets—have catapulted Teleties into one of the nation’s fastest-growing companies. Launched from her garage, the business now operates from a 12,000-square-foot facility in Maitland. The art history major credits her foundation at Rollins as a driving force of her entrepreneurial spirit and as essential preparation for business planning and taking action to execute.

Lisa Curran Kolbjornsen’s role in public affairs at Florida’s second-largest utility service—which is striving to serve 50,000 customers with solar power by 2023—combines her passions for community building and corporate social responsibility. She also serves as co-chair of Heart of Florida United Way, where she’s helming a group of professional community leaders known as Women United, who are dedicated to empowering women and children of ALICE (Asset Limited, Income Constrained, Employed) families.

Bailey Clark’s role at Rollins exemplifies the College’s spirit of responsible leadership and community engagement. She has attracted media attention for championing civic engagement and civil dialogue, both on and off campus. During the pandemic shutdown, Clark pivoted CLCE’s programming to promote peaceful engagement during the hotly contested 2020 presidential election. Clark serves as the staff facilitator of the nonpartisan, student-led Democracy Project, which creates a strategic roadmap to helping students overcome barriers to participating in the political process.

Kevin Brancheau is rethinking transportation in his role with Brightline Trains, seeking to improve the environment, create jobs, and revitalize downtown Orlando neighborhoods in the process. He relishes coming up with alternative technical solutions to difficult problems and is currently collaborating on a high-speed rail network that will ultimately take passengers from Orlando to Miami at 79 mph.