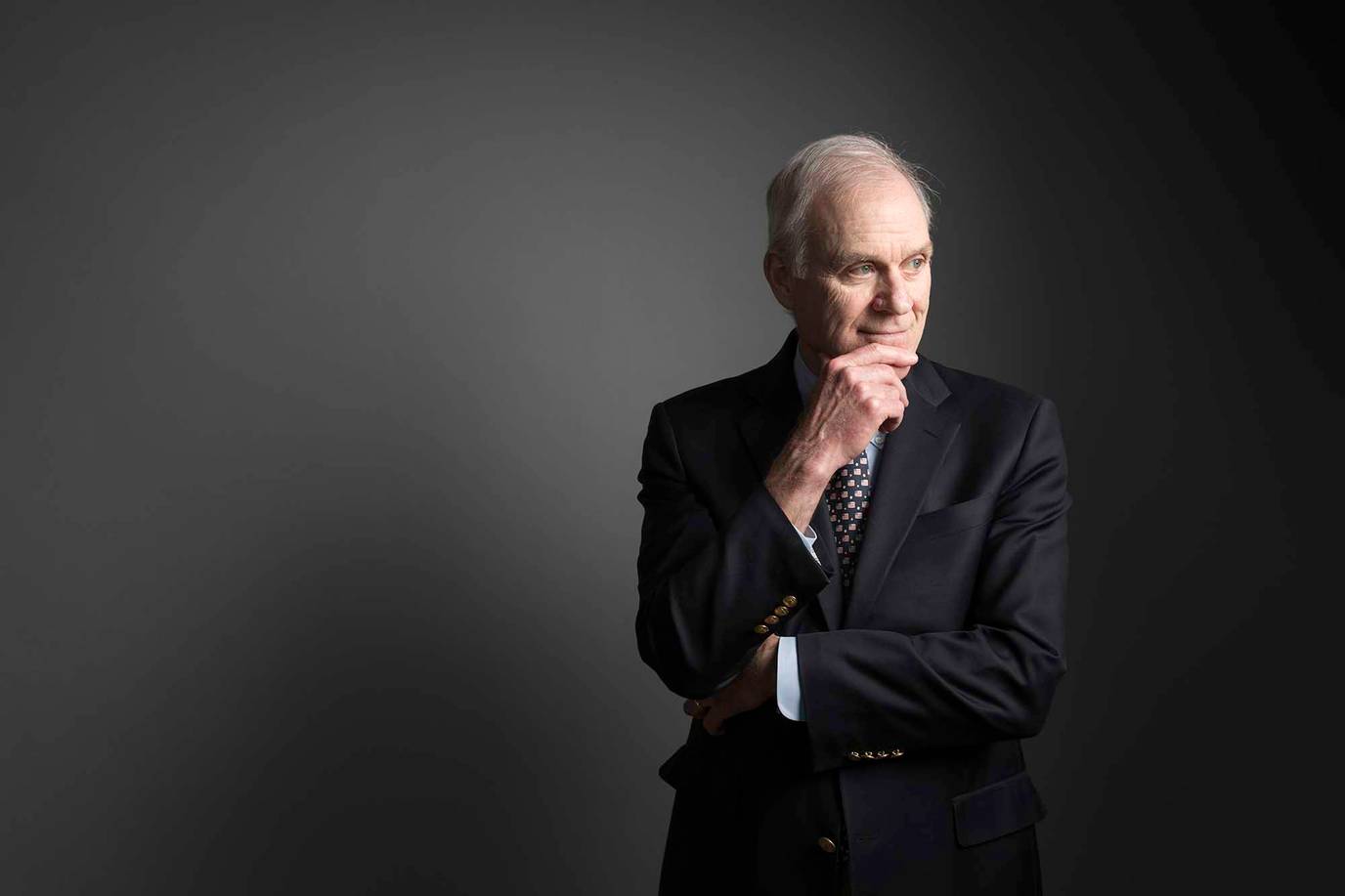 The former Rollins student-body president and 76th secretary of the Navy reflects on a lifetime of leadership.

A $100 bet. That’s how Richard Spencer ’76 began his path to becoming one of the nation’s top military leaders.

Last summer, after a distinguished career split between Wall Street, venture capital management, and national-defense think tanks, Spencer was appointed the United States’ 76th secretary of the Navy. The former student-body president returned to Rollins in March to receive the College’s Distinguished Alumni Award and reflect on lessons he’s learned along the way.

My choice of Rollins was pretty interesting. I was going to row crew for Dartmouth, but as a high school senior in Pennsylvania, I slipped in the shower and broke my back. My cousin Randy Tuttle ’72 came to the hospital and told me about this great school he went to down in Florida. Life has an amazing path.

Being a member of Kappa Alpha taught me life lessons in brotherhood. The friendships and character bonds you develop in a situation like that are very meaningful. The support system was endearing and enduring.

It was absolutely fantastic to go to a small liberal arts college. Of my 10 closest friends, 10 are from Rollins—including that guy who lost the $100 bet.

Rollins was a very impactful time in my life, but it wasn’t just one event. It was really the entire four years that did a lot of shaping.”

One of my favorite memories was walking off the stage after getting my diploma from [President] Jack Critchfield. We wandered over to the chapel grounds, and professor Ed Danzowitz, a retired Marine colonel, and soccer coach Gordie Howell, who was also a Marine veteran, pinned the bars on me. Right after that, I left for Quantico.

There are no natural-born leaders. Leadership is developed in many different ways, and you grow into it. Rollins was my first test for leadership, and the Marine Corps was the crucible.

The student-body presidency at Rollins gave me my first exposure to politics. To run any organization that has disparate points of view, you have to compromise to get the best solutions. As Americans, have we lost that ability? I don’t think so. It just sways.

When you walk through the doors of the Pentagon, you sort of shed your political sweater. You’re not a Republican or Democrat—everyone’s an independent.

The uniformed service members I support—that’s my favorite part of the job. You go to a graduation down on Parris Island or the Great Lakes or an aircraft carrier, and that’s an experience you can’t put into words. These men and women are absolutely stunning. I’m humbled to work alongside them.

Being back at Rollins, it still has the same feeling of community. Just speaking with the students, I came away wildly impressed. Their mental acuity and level of interest were eye-opening.

Rollins has a winner with Grant. President Cornwell understands the community and the school’s history, and it’s exciting to see where he’s taking the College.

I’m a firm believer that as you progress in life and have the resources, you give back. I was very rewarded in what I did on Wall Street, and that allowed me the time and resources to be able to help organizations that support service members and veterans.

As for life advice, as trite as this sounds, follow your heart. Trust your instincts and be true to yourself. That is crucial.