Tuning In to the Voice of Rollins 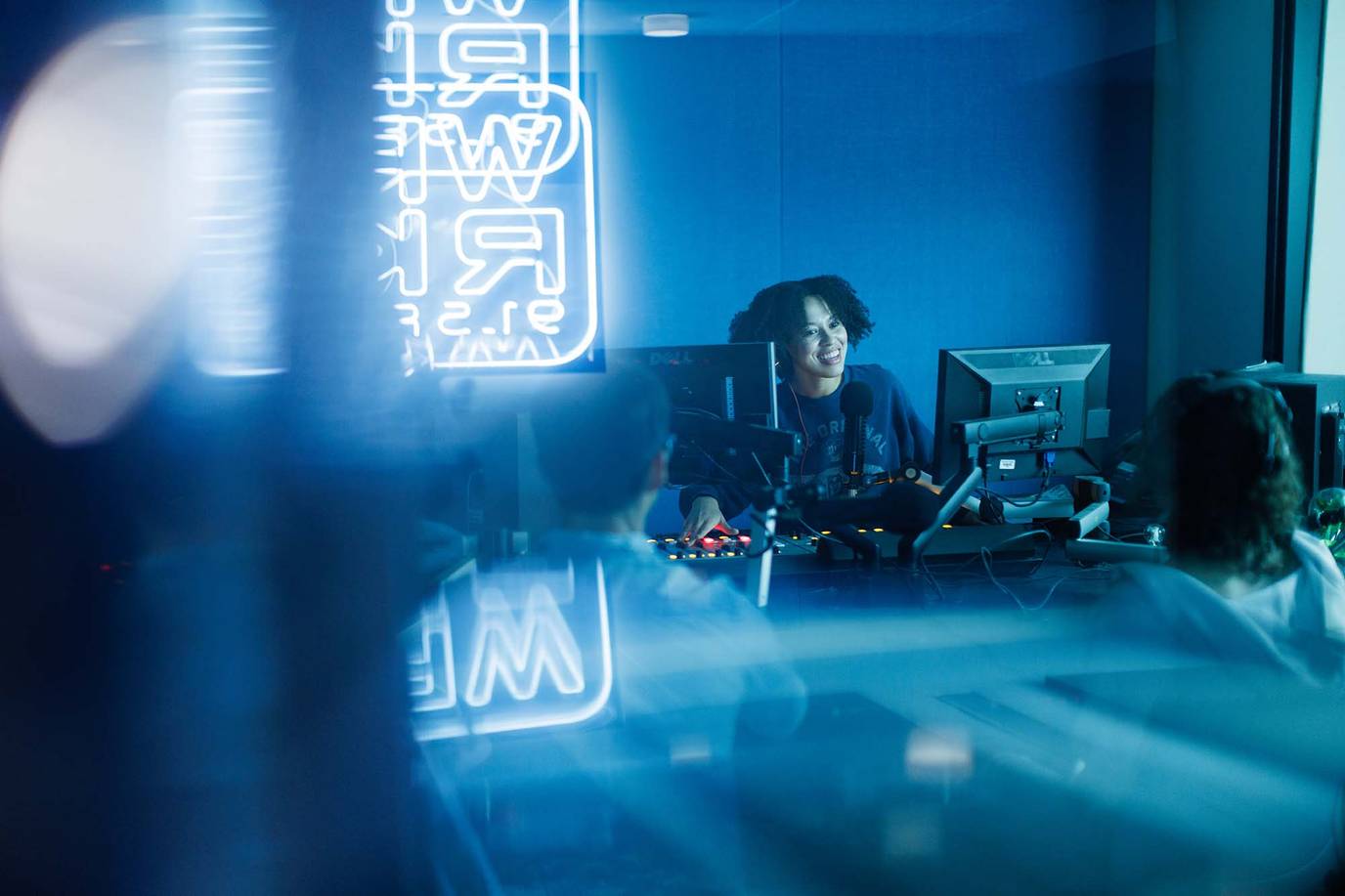 As Rollins’ beloved college radio station celebrates 70 years on the air, we’re taking stock of WPRK’s impact on the College, the community, and the students who used the platform to find their voice.

On December 8, 1952, Winter Park residents tuning in to the first broadcast from Rollins’ brand-new radio station WPRK heard the sound of President-Elect Dwight Eisenhower’s voice. Eisenhower wouldn’t assume office for another 43 days, but his remarks were nevertheless presidential as he encouraged listeners to embrace the College’s ideals in pursuit of knowledge.

“This new FM station of Rollins College can help to spread and advance the great ideas which keep men and women free,” he said. “Whether the ideas come from the great music or poetry or other literature of the past, or from debates and reflections of today, the people of our country who are listening in will be the richer.”

Seven decades on, folks across Central Florida continue to set their dials to WPRK 91.5 FM for the “best in basement radio.” Over the years, the station has hosted shows from students, faculty, staff, and community members—all while remaining an independent voice in the FM market and striving to uphold its founding principle of offering innovative and diverse programming to the greater Orlando area. Along the way, it has become a launch pad for scores of Rollins graduates as they’ve gone on to pursue prolific careers in radio and media.

An Outlet for Generations

Since its inception, WPRK has been a place for people to express themselves through both music and ideas. Hugh McKean, Rollins’ 10th president, praised the station as a means of “[enlightening] young people with regard to the great spiritual joys and truths.”

Using initial grant funding from donor William B. Calkins in 1952, the Rollins Board of Trustees passed a resolution to establish a radio station in what was then the basement of the newly built Mills Memorial Library. The first broadcast utilized just 10 watts of power—roughly what it takes to charge an iPhone twice over by today’s standards—but it had a significant impact on the surrounding community.

By the early 1960s, demand for programming increased from just a few hours a week to seven days a week. By the mid-1990s, the station moved to a 24/7 format and became totally student-run, making it one of the longest continually running independent college radio stations in the country and providing media-minded Tars with hands-on opportunities to hone their skills.

WPRK sits under the umbrella of Student Media at Rollins, a collective of organizations that includes student-run publications like The Sandspur and The Independent. Everything—from maintaining a weekly show schedule to the station’s marketing—is thanks to the efforts of Rollins students. And the best part? Anyone can get involved, regardless of experience.

“Student Media is big on the philosophy of inclusion, collaboration, and exploration,” says WPRK station manager Musenya Ngoma ’23. “We aim to have our student staff develop strong bonds among each other, which inspires camaraderie at a high level. This is important because we want to trust each other, learn about our weaknesses, and build each other up from that point.”

With more than 80 weekly shows offering everything from talk radio to more traditional musical medleys, listeners can find round-the-clock programming that’s sure to speak to every interest. And Tars who want to make their voices heard are encouraged to follow their passions.

“Over the years, we’ve seen students explore many broad ideas and philosophies and incorporate them into our lineup,” says Ngoma. “When an individual follows their interests, it allows them to contribute to the team in a meaningful way, and the whole WPRK lineup is stronger for it.”

In 2013, WPRK launched Fox Fest, its annual music and arts festival, which brought the shows out of the basement and onto Mills Lawn, providing listeners with a front-row seat to live music and helping the station reach an even wider audience. Then in 2020 came a major technological upgrade when WPRK set up new digs in Kathleen W. Rollins Hall. The new station headquarters features three cutting-edge broadcasting studios, where students and showrunners can host live musical performances, cut together podcasts, and do what they’ve always done best—take to the airwaves. 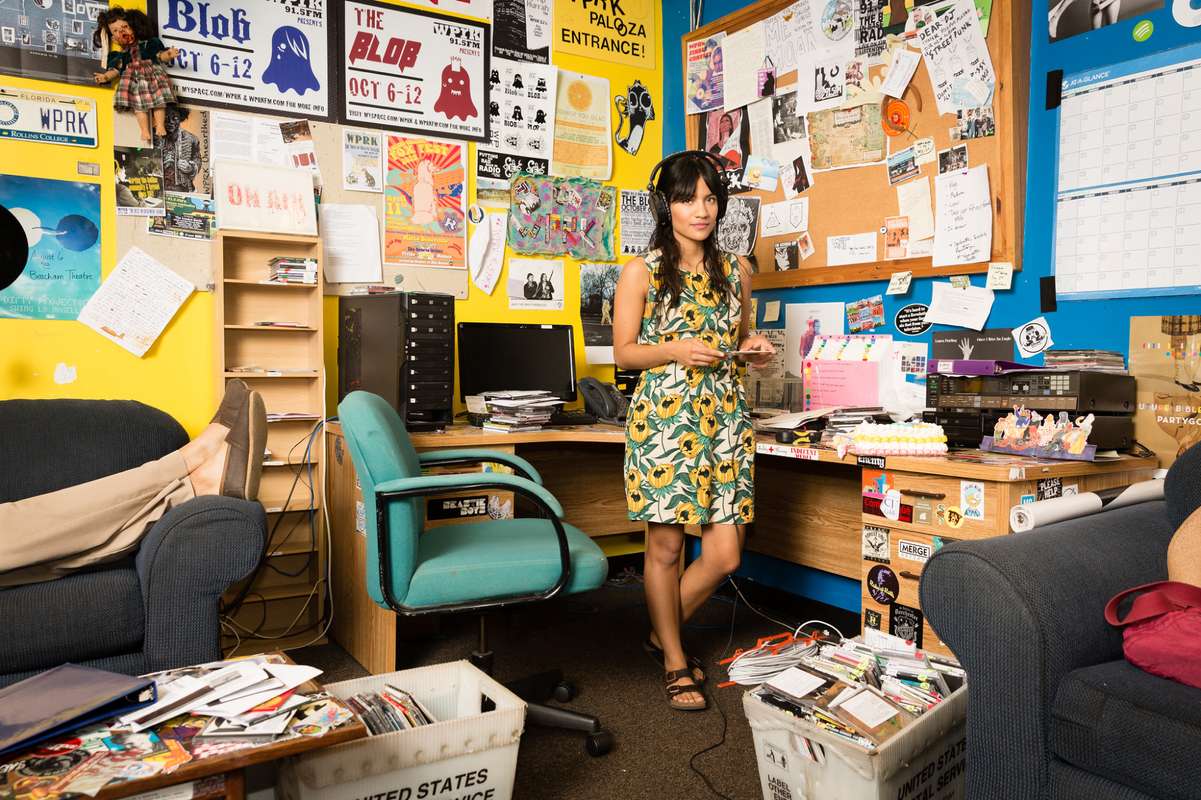 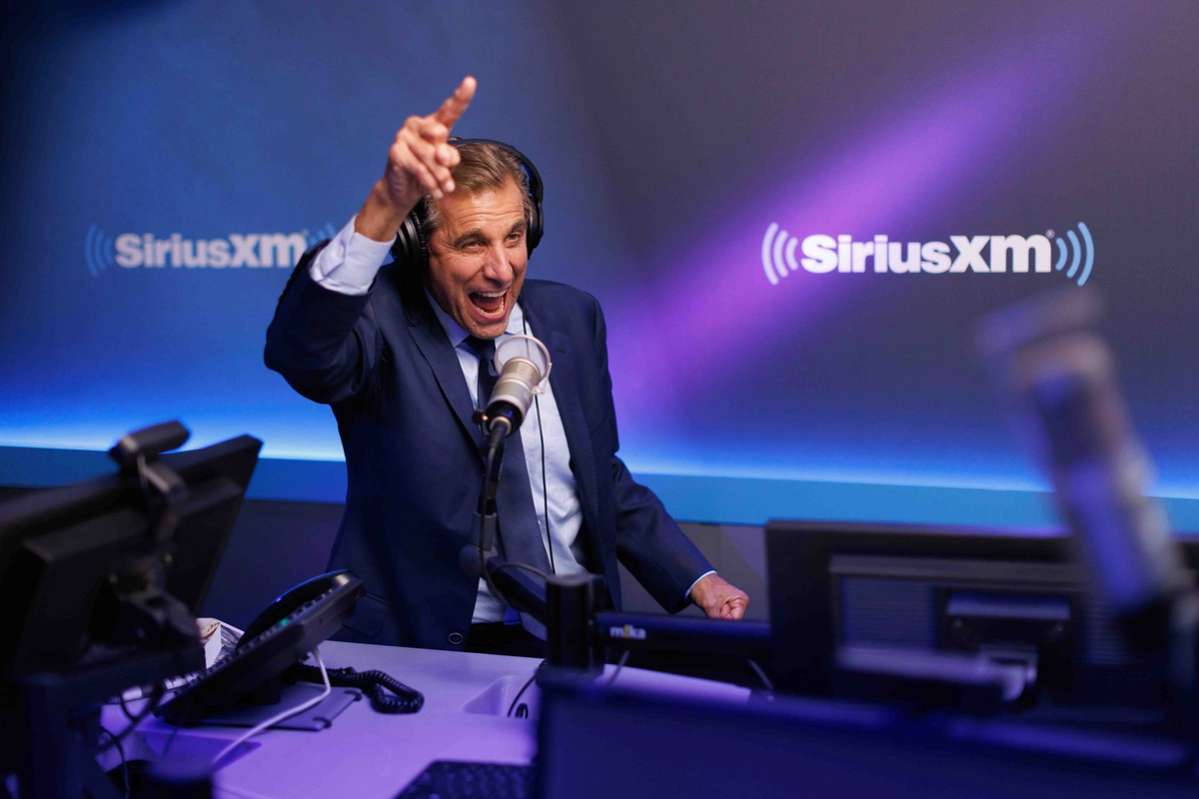 Throughout the years, the basement station in Mills served as a proving ground for academic luminaries, burgeoning disk jockeys, would-be sports commentators, and some of the most colorful local personalities Central Florida had to offer.

Christopher “Mad Dog” Russo ’82 was recently inducted into the National Radio Hall of Fame, but long before he was considered one of the best sports commentators in the world, he was calling Rollins games on WPRK.

“I got phone lines set up at a lot of away gyms and fields to do the ballgames,” recalls Russo. “This was ’78 to ’81, and I learned how to run a small sports station and get the games on. That whetted my appetite, so to speak.”

Other notable voices to emerge from WPRK include Major League Baseball Network’s Jim Bowden ’83 and former station manager Maria Paz Gutierrez ’16, who went on to become an associate producer at NPR before landing a gig at WNYC’s Radiolab.

And in perhaps the most notorious legend to make its way from the basement to public consciousness, international EDM sensation DJ Diplo once hosted a show through WPRK’s community partnership program. Unfortunately, he was allegedly fired for stealing records (Diplo confirmed the rumor and offered a good-natured apology in 2019).

While at Rollins, philosophy and religious studies double major Camilo Garzón ’15 hosted a two-hour weekly show called The Ground Beneath Her Feet, a title taken from a Salman Rushdie novel he’d encountered in his philosophy classes. In keeping with WPRK’s mission to support interdisciplinary passion projects, Garzón’s show featured a bit of everything—from literature and philosophy to art and music.

“I was enrolled in a couple of independent study classes during that time,” says Garzón. “One with Robert Smither, who was the dean of arts and sciences at the time, and one with [philosophy professor] Scott Rubarth. I was exploring all of these great subjects, like Carl Jung’s analytic psychology, the Greeks, and Nietzsche, and I found the topics from those independent studies making their way into the show.”

Garzón wasn’t just making ideological connections in the basement; he was also building concrete skills in audio editing and high-level narrative storytelling. Those skills helped him land an internship at the TED Radio Hour at NPR soon after graduation. Since then, he’s gone on to a thriving career as a freelance journalist and multimedia producer, a role that has taken him around the country working for clients like National Geographic and the San Francisco Museum of Modern Art.

Crossfading into the Future

As WPRK heads into another decade, students and staff continue to make plans to safeguard the organization’s enduring legacy.

Thanks to streaming technology, you don’t have to be a local to enjoy WPRK. The station’s website has been broadcasting online since 2006, enabling listeners to access programming in dozens of countries around the world. Many of the stations’ weekly shows are also available as downloadable podcasts, so you might find yourself listening to WPRK in places where cell phones and radios don’t reach, like on an airplane or in the wilderness.

But one thing that hasn’t changed since the beginning is WPRK’s commitment to upholding Eisenhower’s original hope that the station would advance great ideas right from the heart of campus.

“In this era, it’s especially important to be able to interact with a wide variety of viewpoints,” says Garzón. “And WPRK does something that only public media can do—it draws listeners into the minds and experiences of others.”

View the photography of Benjamin Mack-Jackson '24, now on display at Orlando Museum of Art as part of the exhibit, "Relentless Courage: Ukraine and the World at War."