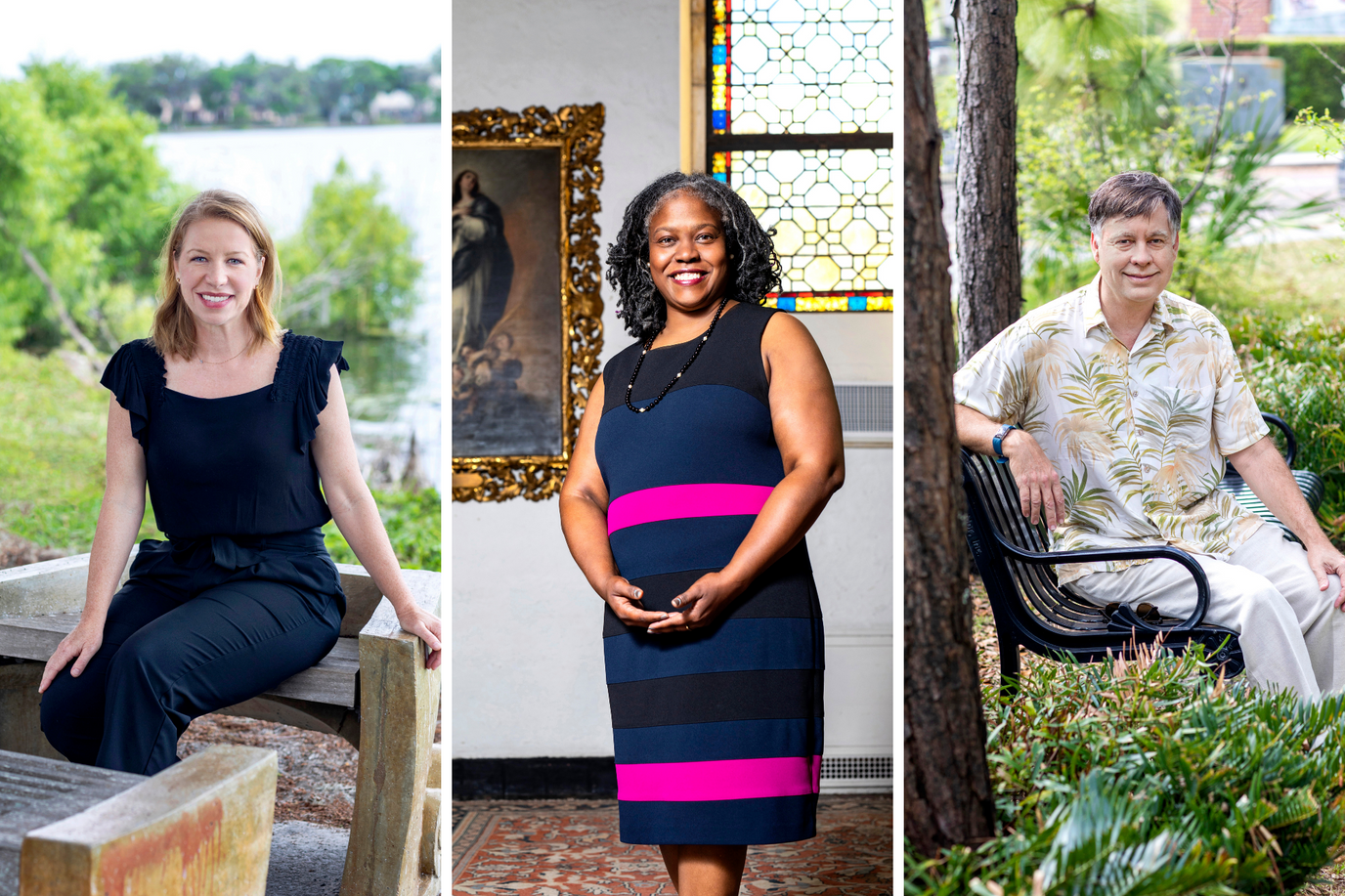 Lauren Bradley, Katrina Jenkins, and Bruce Stephenson have been named among our community’s most influential people by Winter Park Magazine.

Each year, Winter Park Magazine publishes a list of the city’s most influential residents in its summer issue. Past honorees have included notable Tars such as vice president for student affairs Micki Meyer, community historian Fairolyn Livingston ’83, and President Grant Cornwell and his wife, Peg Cornwell. This year’s roster of influencers includes three notable members of the Rollins community, who have been highlighted for their contributions to the community through their professions, volunteerism, philanthropy, talents, or community engagement.

As assistant vice president of communications, Lauren Bradley oversees internal and external messaging for the College. The magazine cites her exceptional handling of COVID-19 response communications as just one example of Bradley’s impressive PR chops—the newsletter she established kept students, faculty, and staff abreast of a rapidly changing situation and earned her accolades from PRNEWS.

Now, as Rollins embarks on an ambitious expansion the likes of which the city hasn’t seen in decades, Bradley is putting her skills to good use promoting projects such as the all-new Lakeside Neighborhood and the upcoming Innovation Triangle. Her role as the voice of the College makes her essential in the ongoing relationship between Rollins and the Winter Park community.

Rev. Katrina Jenkins is number one—literally. She’s the first female, first African American, and first Baptist to hold the position formerly known as dean of the chapel. When she assumed the position in 2016, she advocated for a title change that better encompassed her goal to build an interfaith religious infrastructure on campus. Thus, she because the first person to hold the title of dean of religious life.

“[Jenkins] provides spiritual guidance, mentors students in their spiritual development, and advances the College’s mission to foster global citizenship and responsible leadership,” says the article. In addition to her role as a spiritual leader on campus, the graduate of Andover Newton Seminary, now affiliated with Yale Divinity School, also leads worship services at Knowles Memorial Chapel and performs marriages, baptisms, and funerals.

Bruce Stephenson has done a lot to shape the look and feel of Winter Park, including spearheading student-involved planning projects that have led to the development of Cady Way Trail, the boardwalk at Mead Garden, and the ongoing restoration of the natural habitat at the Genius Preserve on Lake Virginia. He is a renowned thought leader in the concept of New Urbanism, the idea that environmentally sustainable neighborhoods make for happier residents.

A former city planner, Stephenson helped develop the master plan for downtown Winter Park’s Central Park, which has since led to its expansion, the development of the SunRail station, and a one-acre native garden tended by Stephenson and his students. He was recently honored with the prestigious John Nolen Medal from the Congress for the New Urbanism for his efforts to promote urban sustainability.