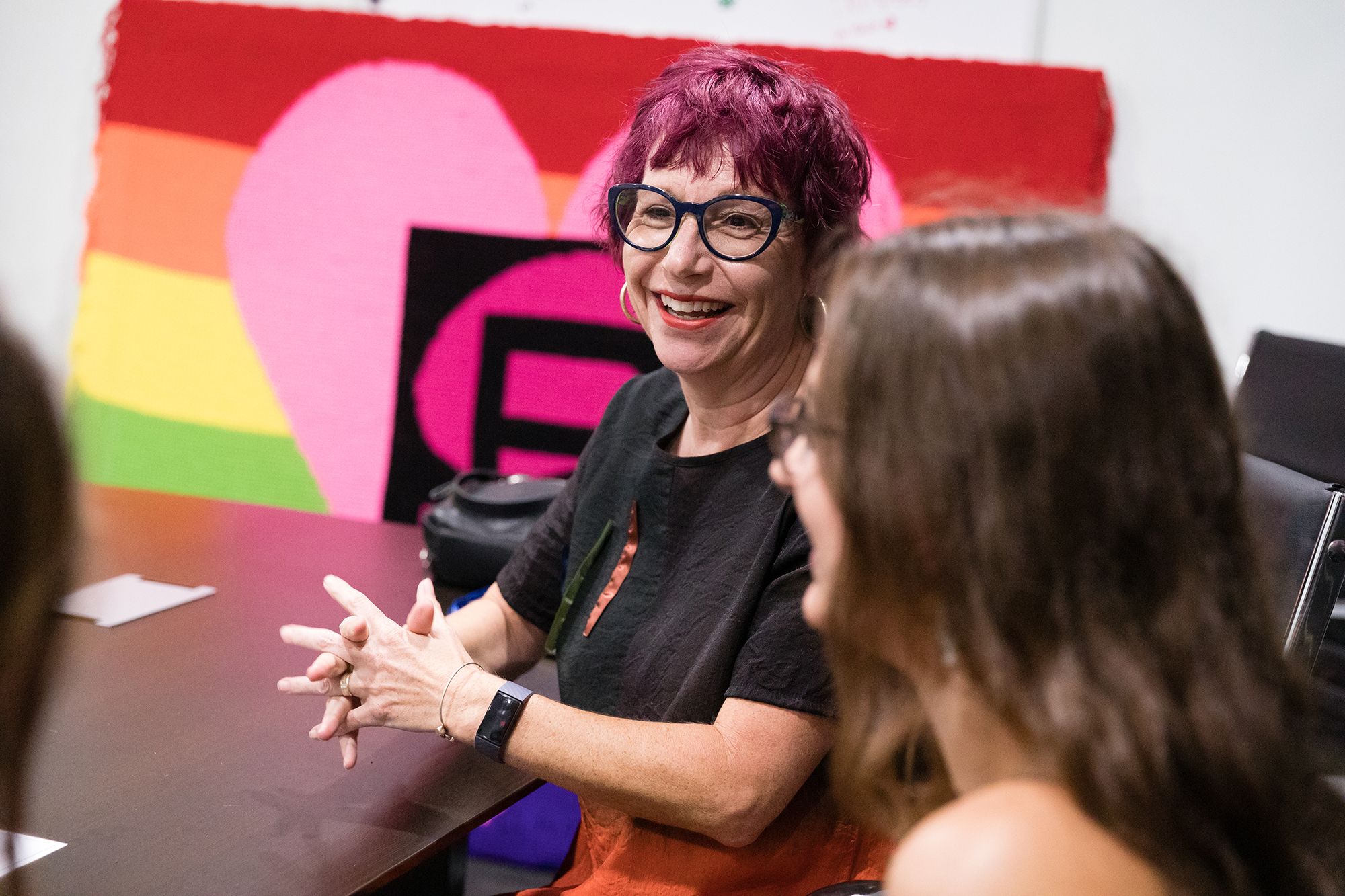 The honor recognizes Strom’s more than 25 years of outstanding scholarship and community building in the field of rural and agricultural history.

“I am extremely proud to have won this award,” says Strom, who holds a PhD in agricultural and rural history from Iowa State University. “The majority of Americans lived on farms until 1920; consequently, understanding agricultural and rural history is a vital component to understanding our past as a people and a nation. I have never taught a class without talking about how the land and its cultivation have shaped us.”

The AHS was founded a century ago in Washington, D.C., and is the premier organization dedicated to the history of American farming and rural life. Its Gladys L. Baker Award, established in 2009, is named after former AHS president and head of the U.S. Department of Agriculture’s World War II War Records Department. Baker’s lasting contributions to U.S. history include penning Century of Service, the authoritative history of the USDA’s first 100 years.

Strom’s areas of focus have included the agricultural research programs of the Great Northern Railway, cattle disease in the American South, and the connection between cattle raising and human power on the global stage.

Strom has authored Making Catfish Bait out of Government Boys: The Fight Against Cattle Ticks and the Transformation of the Yeoman South and Profiting from the Plain: The Great Northern Railway and Corporate Development of the American West. Additional publication of Strom’s work is forthcoming in the Oxford Handbook of Agricultural History.

The Gladys L. Baker Lifetime Achievement Award recognizes Strom’s work in three capacities, including serving as editor of the Agricultural History journal for 13 years. Colleagues at AHS praised Strom for elevating the profile of the journal and better engaging readers.

“As editor, Strom shaped the field of agricultural history for over a decade, seeking out scholarship that talked about agriculture in the context of issues such as race, gender, and the environment,” says Adrienne Petty, history professor at William & Mary.

Another of Strom’s pivotal achievements was raising $100,000 as chair of the society’s Centennial Fundraising capital campaign committee. She also hosted the successful 2010 annual conference of the AHS at Rollins.

“This means that for over a decade Strom was the face of the organization, attending conferences to solicit submissions from talented graduate students and early career faculty as well as senior scholars,” says Joe Anderson, professor of history at Mount Royal University in Calgary, Alberta. “Her hard work and dedication in all three of these roles made her a standout candidate for the Baker award.”

Perhaps most importantly, Claire has served as a mentor for young scholars in the field, including Albert Way, now an associate professor of history at Kennesaw State University in Georgia.

“She helped transform the organization from a loose coalition of historians who met for the occasional symposia into an international organization with a well-attended annual meeting,” says Way.

At Rollins, Strom is continually bringing history to life for her students, engaging them in hands-on, real-world learning like researching the history of diversity and inclusion at the College and partnering with famed artist Yinka Shonibare to tell untold stories of the Great Migration.

Past winners of the Gladys L. Baker Lifetime Achievement Award include Alan Marcus, head of the history department at Mississippi State University; Anne Effland, senior economist for domestic policy in the Office of the Chief Economist, USDA; and Deborah K. Fitzgerald, former dean of MIT’s School of Humanities, Arts, and Social Sciences.