Rollins Faculty and Alumni Contribute to The Wilder Heart of Florida 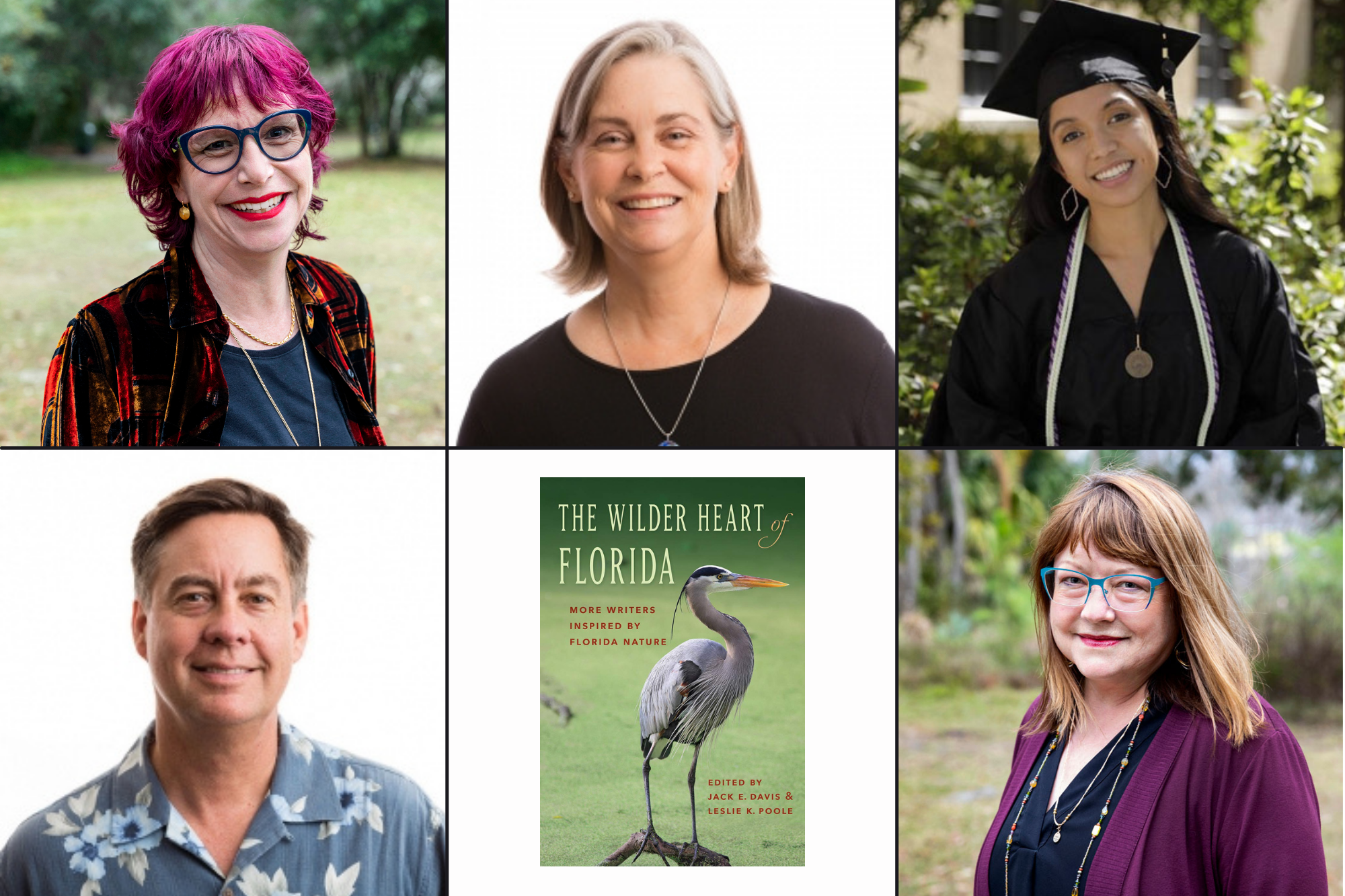 A new collection of essays co-edited by environmental studies professor Leslie Poole is making headlines for its look at the magic inherent in Florida’s wild spaces.

The Wilder Heart of Florida: More Writers Inspired by Florida Nature, published by the University of Florida Press in March, is a sequel to The Wild Heart of Florida, which was released 20 years ago. It features essays from dozens of Florida-based writers, including several Rollins faculty and alumni.

Environmental studies professor Leslie Poole’s introductory essay, “Woodpeckers and Wildness,” explores the fraught history of development and conservation in Central Florida in an extension of work she first started in the late 1980s as a journalist for the Orlando Sentinel. She tells the success story of the nearly extinct red-cockaded woodpecker at the Disney Wilderness Preserve.

Environmental studies major Gabbie Buendia’s ’19’s essay “The River That Raised Me,” describes how learning to hike Central Florida’s many state parks and conservation areas taught her to appreciate the world around her.

In her essay, “Wilderness from the Water,” history professor Claire Strom recalls flying from North Dakota to Orlando to interview for her position at Rollins and how the bird’s-eye view of the Florida landscape—all running water and lush tropical greenery—captivated her imagination.

Not every essay celebrates the wildness of Florida. Sometimes, there is beauty to be found in the order of things, as evidenced by environmental studies professor Bruce Stephenson’s essay, “The Natural Aesthetic of the Naked God.” He celebrates city planning in all its glory as he describes seeing Winter Park for the first time on a bus ride with the Merritt Island Mustangs’ high school basketball team for an away game against the Winter Park Wildcats. Now, Stephenson is an expert in urban planning and sustainability and serves as a consultant for both Winter Park and the city of Portland, Oregon.

Orlando Poet Laureate and former Rollins adjunct creative writing professor Susan Lilley opens the collection with her poem “Seduction in Key West,” which describes the danger hidden in plain sight among the souvenir shops and bars. Nature is always poised to reclaim its rightful place, Lilley seems to warn the reader, and no amount of human history or infrastructure can change that fact.

The Wilder Heart of Florida: More Writers Inspired by Florida Nature is on sale now on Amazon, Barnes & Noble, and through other book retailers. Royalties from sales will go to The Nature Conservancy’s Florida Chapter, which owns and manages approximately 55,159 acres in the state.