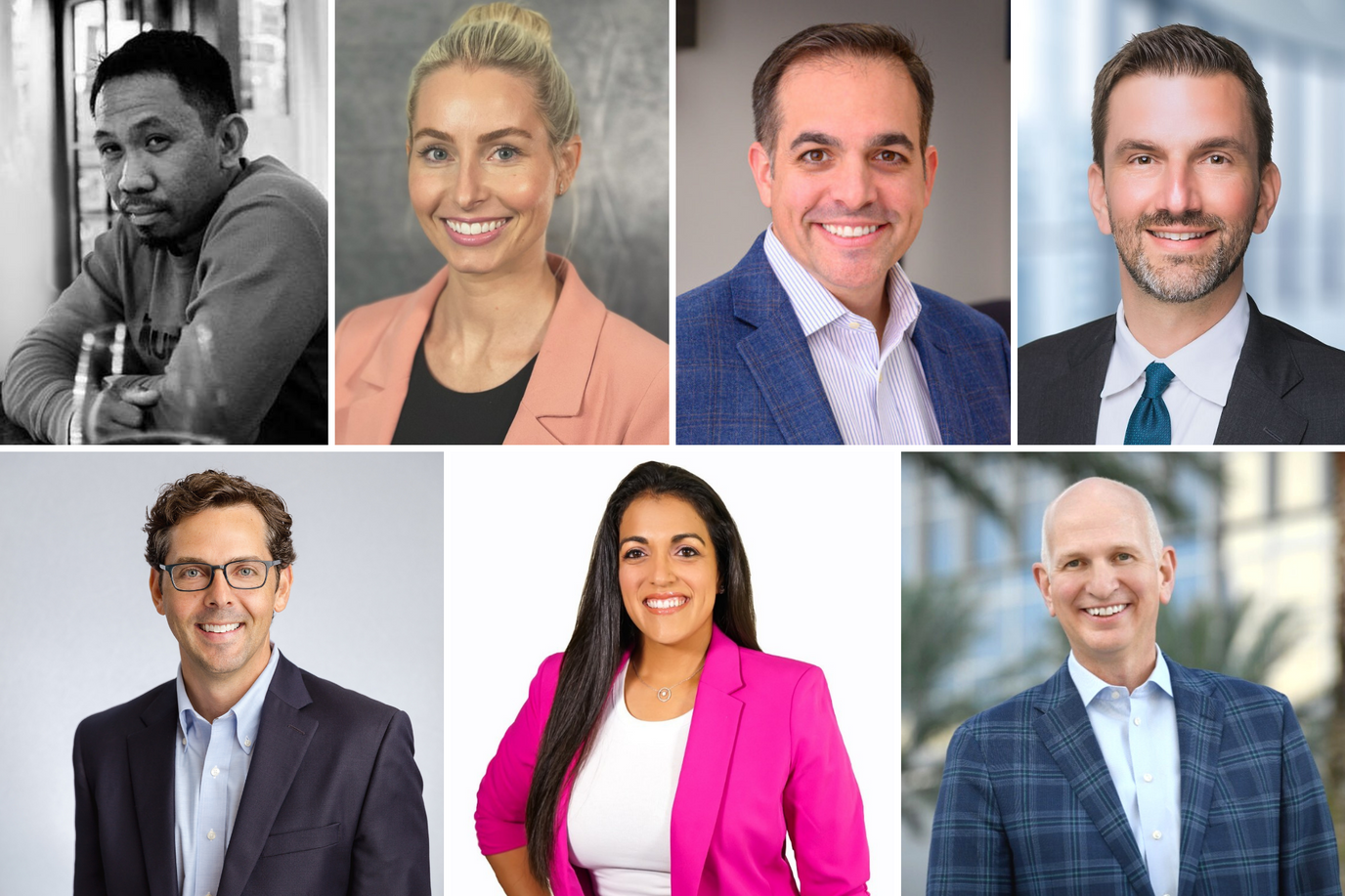 Industry giants. Disruptors. Deal makers. Connectors. Seven Rollins graduates are among the 50 business leaders celebrated for these qualities as the 2021 Power Players by the Orlando Business Journal.

The publication’s readers nominated movers and shakers in Central Florida who are “making the biggest waves in the region during a time of tremendous upheaval as we seek to emerge from the COVID-19 pandemic.”

The following seven Tars are advancing the fields of health care, social entrepreneurship, marketing, and technology in a rapidly evolving industry landscape. Here’s a closer look at the meaningful contributions they’re making to their professions and their communities.

Praised for disrupting the status quo, Alexandra Robertson ’11 ’12MBA is helping technology company XIL Health change the game in the pharmaceutical industry. Robertson’s launch of a new, real-time analytics technology platform to pharmacies over the past year led to a staggering revenue growth of 4,444 percent. The health-care startup executive, who majored in economics before completing her MBA at Rollins’ Crummer Graduate School of Business, cut her teeth at Microsoft and the high-growth tech startups Yammer and Mixpanel.

“My time at Rollins has made a lasting impact on my life both personally and professionally,” says Robertson. “The education I received as both an undergrad and executive MBA student gave me the foundation needed to think outside of the box, which propelled me into my career.”

Matt Certo ’01 has come a long way since building Rollins’ first website out of his dorm room. The business grad went on to launch and lead the whimsically named digital marketing firm Findsome & Winmore. The “kinetic, over-caffeinated” creative agency has grown to collect numerous diverse clients, including Orlando Health, Children’s Home Society of Florida, and Orlando International Airport. The charismatic host of the podcast “Brand Narrative,” Certo finds time for philanthropy, serving on the boards of the Ronald McDonald House Charities of Central Florida and the First Tee of Central Florida (which he founded), and continuing on the board of the Edyth Bush Charitable Foundation.

“I owe a great deal to Rollins for any success I’ve had in my professional career,” says Certo. “The entire liberal arts experience encouraged me to be intellectually curious—something that serves me daily and helps me identify new ideas worth pursuing and to view business as art.”

After 30 years at Advent Health, Randy Haffner ’92MBA embraced his new role as president and CEO of the Central Florida division in February. That’s no small task during a pandemic. Haffner oversees 20 hospitals and emergency rooms across seven counties, serving 3.4 million patients each year. For his earlier work, he is credited with securing a crucial $20 million gift to build the Ginsburg Tower in downtown Orlando and adding 400 inpatient beds.

Sergie Albino ’10MBA is at the helm of EcoSPEARS, an innovative cleantech company that uses exclusive NASA technologies to remove cancer-linked pollutants, including PCBs, dioxins, and PFAS, that can otherwise linger for hundreds or thousands of years in the air, soil, and water. Albino, a serial entrepreneur with a background in aerospace and thermal engineering, leads a green business that embraces a low carbon footprint. The Crummer graduate was also featured on the Orlando Business Journal’s 40 Under 40 list in 2019.

Garima Shah ’11MBA has built a reputation as a thought leader and sought-after executive in the burgeoning fintech industry. She’s harnessing connections built in over 17 years at payments companies, including eMerchantPay and Direct Connect in her leadership at Biller Genie. The cloud software company seeks to simplify billing for other businesses, integrating seamlessly with the most popular accounting tools on the market. Shah was also honored on the Orlando Business Journal’s 40 Under 40 list for 2021.

Consistently ranked as one of the top multifamily brokers in the country, Shelton Granade ’02MBA is executive managing director at Institutional Property Advisors. He and his team have executed more than $10 billion in apartment sales in Florida and have worked with a wide range of private and institutional clients. Granade previously served as vice chairman at CBRE, where he earned recognition as the firm’s top producer in Florida and one of the company’s top 100 brokers globally.

Updating parents about their children during surgery was the original mission of the company Patrick de la Roza ’08MBA co-founded alongside leading pediatricians. The company’s Electronic Access to Surgical Events (EASE) software allows physicians to share secure messages and photos with families. In 2014, EASE Applications won the Crummer Venture Plan Competition at Rollins. De la Roza felt a fire had been lit after he saw how the telehealth tool helped people, so he left his health-care executive position to devote himself full time to his startup. The company merged into Vocera Ease in 2020, rising to the occasion to connect isolated COVID-19 patients to loved ones.