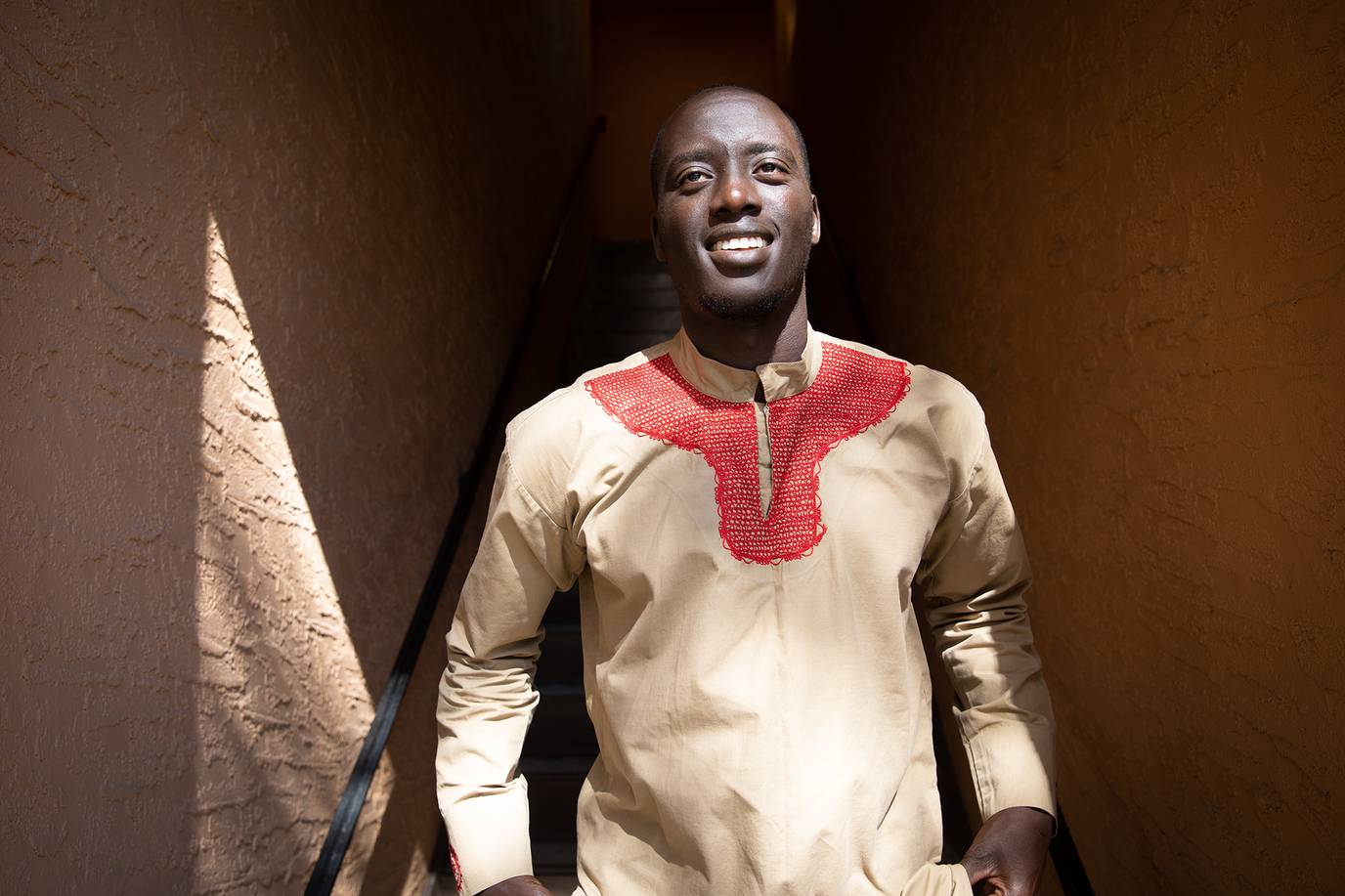 Isaac James ’19 has been awarded a Truman Scholarship, the premier graduate scholarship for aspiring public service leaders in the U.S.

Isaac James ’19 has earned a 2019 Truman Scholarship, a highly competitive, merit-based award for students who want to go to graduate school in preparation for a career in public service.

The public policy and political economy major is joining some elite company. He is one of just 62 2019 Truman Scholars, who were selected from more than 800 candidates nominated by nearly 350 U.S. colleges and universities, a record number of both applicants and institutions.

Recipients of the Truman Scholarship receive a $30,000 scholarship toward graduate school and the opportunity to participate in professional development programming to help prepare them for careers in public service leadership. James will receive his award at the Harry S. Truman Presidential Library & Museum in Independence, Missouri, on May 26.

“We are incredibly proud of Isaac for this tremendous accomplishment,” says Rollins President Grant Cornwell. “He is a shining example of the College’s mission to educate students for global citizenship and responsible leadership. This accomplishment serves as a testament both to Isaac’s brilliance and perseverance and to the rigor and excellence of a Rollins education.”

The Truman Scholarship is the latest in a string of awards that James has garnered since transferring to Rollins in 2017. It’s also the next step in a remarkable journey in which James has consistently defied the odds, rising from a Kenyan refugee camp to join the ranks of some of this country’s most powerful people.

James grew up as a Sudanese refugee in the Ifo Refugee Camp in the Dadaab region of Kenya. First, his family escaped death in the Sudanese civil war. Then, in 2001, the American Embassy relocated James and his family from Ifo to Memphis, which became their adopted hometown.

James enrolled at Rollins in fall 2017, a few months after delivering the valedictorian speech at Jackson State Community College. The following spring he became the first Rollins student to participate in the Junior Summer Institute in Public Policy and International Affairs (PPIA). The seven-week fellowship at the University of Michigan provided the opportunity to learn from some of the nation’s brightest minds in economics, quantitative methods, and policy analysis.

In August 2018, James traveled to northern Uganda with Ebenezer Global to work with South Sudanese refugees living in the Bidi Bidi refugee camp. He partnered with a group of women who sold produce within the camp in order to support their families. James helped the women form a cooperative and provided about $1,200 in seed funding to help them launch the venture. He also conducted servant leadership training in the camp, providing a safe space for members of warring tribes to find common ground.

This past fall, James was one of 14 Rollins students selected to participate in the 2018 Millennium Fellowship, a prestigious leadership development program that empowers students to advance the United Nations Sustainable Development Goals on campus and in their communities.

That same semester, James earned a Benjamin A. Gilman International Scholarship and a Critical Language Scholarship to help fund a semester study abroad experience in Morocco. While studying at Ifrane’s Al Akhawayn University, James developed and began implementing his Friends of Migrants and Refugees project to increase the engagement and acceptance of migrants, refugees, and immigrants within the North African nation.

James partnered with local students to develop both an English-language learning program as well as a Moroccan Arabic, or Darija, learning program for migrants and refugees. These programs—which the students are continuing to develop—work to break down barriers and misconceptions, creating empathy and inclusivity between the local AUI college students and migrant communities.

“The reason Isaac is such a special Truman Scholar is because he lives the Truman mission of public service and the Rollins mission of global citizenship and responsible leadership,” says Jayashree Shivamoggi, director of Rollins’ Office of External & Competitive Scholarship Advisement. “He is working with migrants and refugees in Morocco, and he’s working with the refugee community in Memphis. When he came to Rollins, he began working with students from underrepresented communities. No matter where he goes, he’s always working to elevate someone else.”