From Refugee to Rollins 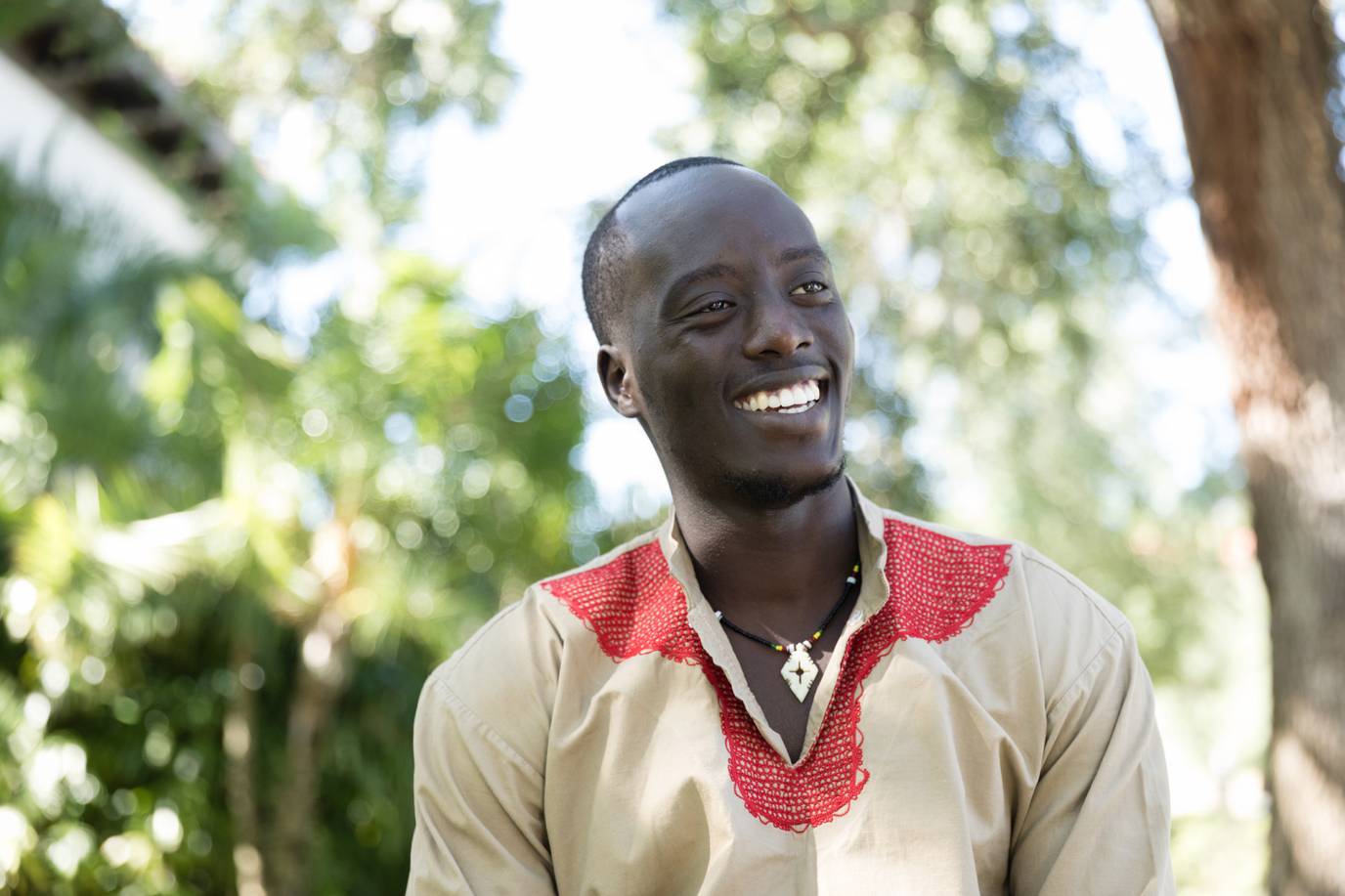 How a displaced child from South Sudan made his way from Kenya to Memphis to Winter Park and became the first Tar to win a prestigious public policy fellowship.

It’s a good thing Isaac James ’19 checks his spam mail before deleting it.

Otherwise, he might never have enrolled at Rollins—and the College wouldn’t have its first participant in a competitive fellowship that promotes diversity and leadership in public service.

In May 2017, James was giving the valedictorian speech at Jackson State Community College, not far from his adopted hometown of Memphis, Tennessee. Today, after his second semester at Rollins, he’s gearing up to attend the Junior Summer Institute in Public Policy and International Affairs (PPIA) at the University of Michigan.

Each year, about 600 students apply for 100 spots in the PPIA program. The seven-week fellowship, which starts June 10, includes airfare, university housing, course materials, and the opportunity to learn from some of the nation’s brightest minds in economics, quantitative methods, policy analysis, and more.

Apart from his academic prowess, James—a presidential scholar majoring in public policy and political economy—was a natural PPIA selection for another reason: As a former Sudanese refugee, he knows firsthand the struggle of marginalized people fighting to rise above poverty, violence, chaos, and despair.

Born in 1996 at Ifo Refugee Camp in the Daddab Region of Kenya, James characterizes his life as a continual succession of beating the odds.

First, his family escaped death in the Sudanese civil war. Then, they “won the lottery” in March 2001 and were relocated out of Ifo to Memphis by the American Embassy. A few years later, a scholarship allowed James to attend a private Christian school, where he played soccer, basketball, and football, and even developed a love for swing dancing.

Every step of the way, his single mother worked long hours to make sure James and his four siblings had what they needed to thrive—or, in some cases, merely survive.

How does a community college student in Jackson, Tennessee, wind up at Rollins? “Rollins had never crossed my mind, but an email from the transfer admissions officer landed in my spam folder, so I read it. I really started gravitating toward what Rollins is all about: this mentality to develop global citizens and responsible leaders. Also, Rollins produces Fulbright scholars, and I wanted to go somewhere that would develop me as a person and prepare me to be competitive in the real world.”

What was life like in the refugee camp? “My mom would leave camp at 6 a.m., walk two hours to work, and come back each day to take care of her kids. She did that as a sacrifice for us to have food and milk and other nourishment. If you think of the mental health of the individuals in refugee camps, in terms of the violence they’ve seen and the murder of families and burning of villages, it’s a detrimental effect, especially if you’re a single mom. It’s appropriate to say we were blessed to get out in such a short amount of time.”

Do you remember much about those early years? “We were in a very hot desert, with slim chances of rain, and we were given a plot and basically a tent. That was my world. I couldn’t comprehend anything other than that. I knew I was a refugee because I wasn’t born in South Sudan, which is my family home, but I wasn’t Kenyan either, because I was there for reasons that had to do with war and displacement.”

You say you were ‘self-centered’ in high school but began to change in community college. Why? “I didn’t know anyone in Jackson, and typically when you’re on your own, you have reflections about who you are and who you want to be. It made me think about how my life had transformed over the years. When I got to college, I didn’t appreciate what my mom went through and the value of getting an education in trying to better who I was. So many refugees don’t get this opportunity. It gave me sympathy and empathy for those who have been, or will be, in my condition.”

How did the PPIA scholarship come about? “I understood that Rollins was producing competitive, intellectual students who could win prestigious awards, so I went to the office of Dr. Jay Shivamoggi (director of External & Competitive Scholarships). We talked, and she realized that the PPIA fit perfectly. I’m very grateful for that conversation.”

What do you like best about Rollins? “I have the opportunity to get a well-rounded education that will improve my critical thinking, my problem-solving skills, my understanding of how different parts of society interconnect. I have the opportunity to take all that and keep pushing forward so I can be in a position where I can make life better for other people.”

What are your career goals? “I have so many, but one of them is to go back to my mother’s home [in South Sudan] and do as much work as I can to improve conditions there. I feel as if the best way to do that is understanding public policy and the link between politics and economics, as well as how business owners can direct and affect policies. I’ve also thought about doing work with the UN, perhaps helping transition people from refugee camps to developed countries.”

What do you hope people will take away from your story? “To understand that refugees and immigrants and migrants, that you can approach us. We’re willing to have open talks about our experiences and the past. The more you talk about these things, the more you break down barriers. Let’s start to create dialogue that promotes community cohesion, collaboration, and teamwork, and we’ll start to build a better society.”