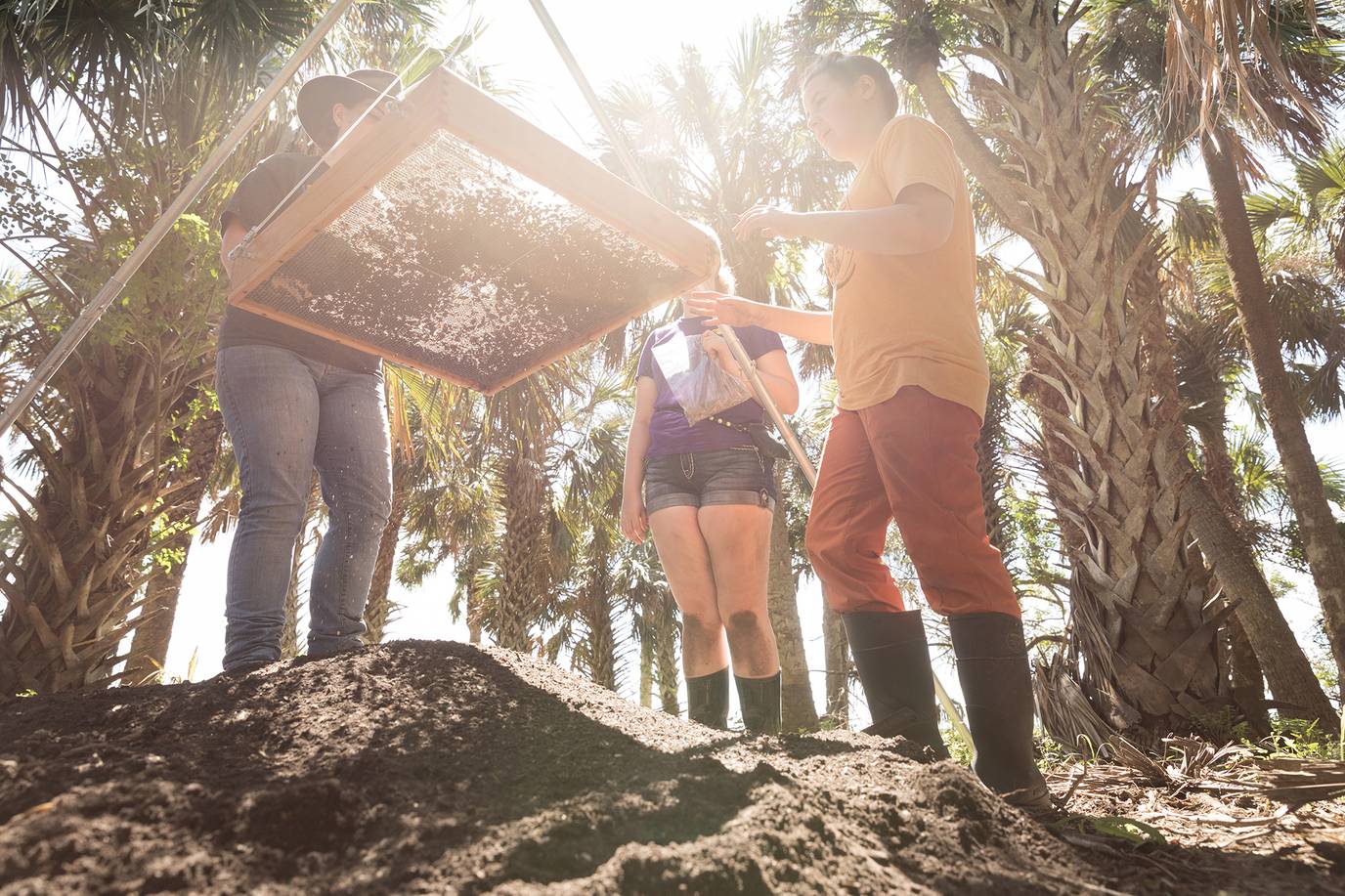 In a swampy, secluded section of the Charles H. Bronson State Forest—about 20 miles due east of campus—Rollins students are unearthing an ancient mystery.

As far as the eye can see, the land is flat. The only elevation comes in the form of three oddly discreet mounds—spaced several hundred yards apart—rising six or seven feet above the western bank of the gently flowing St. John’s River.

Upon closer inspection, these are Native American midden sites, places where some of the region’s earliest inhabitants discarded food remains, snail and clam shells, broken tools, and other residue of everyday life.

For archaeologists studying pre-Columbian societies, the extreme southeastern tip of Seminole County is an untapped gold mine—one that, remarkably, has seen little to no professional, on-site research.

But that’s about to change.

In this four-week Maymester field study, seven students teamed up with archaeologists from Rollins, the University of Central Florida, and the Florida Bureau of Archaeological Research to investigate 5,000-year-old Native American sites.

Students acquired basic fieldwork skills by engaging in a variety of techniques that included excavation, reconnaissance survey, and subsurface/topographic mapping. They also laid the groundwork for what Gilmore plans to be a long-term research program, culminating in a scholarly publication and hundreds of artifacts for the state archives.

“It was difficult working conditions—very hot and raining at times,” says Gilmore. “We had the van stuck in the mud more than once, and students getting stuck in the marsh, but everyone worked really hard and we learned a lot about the area.” 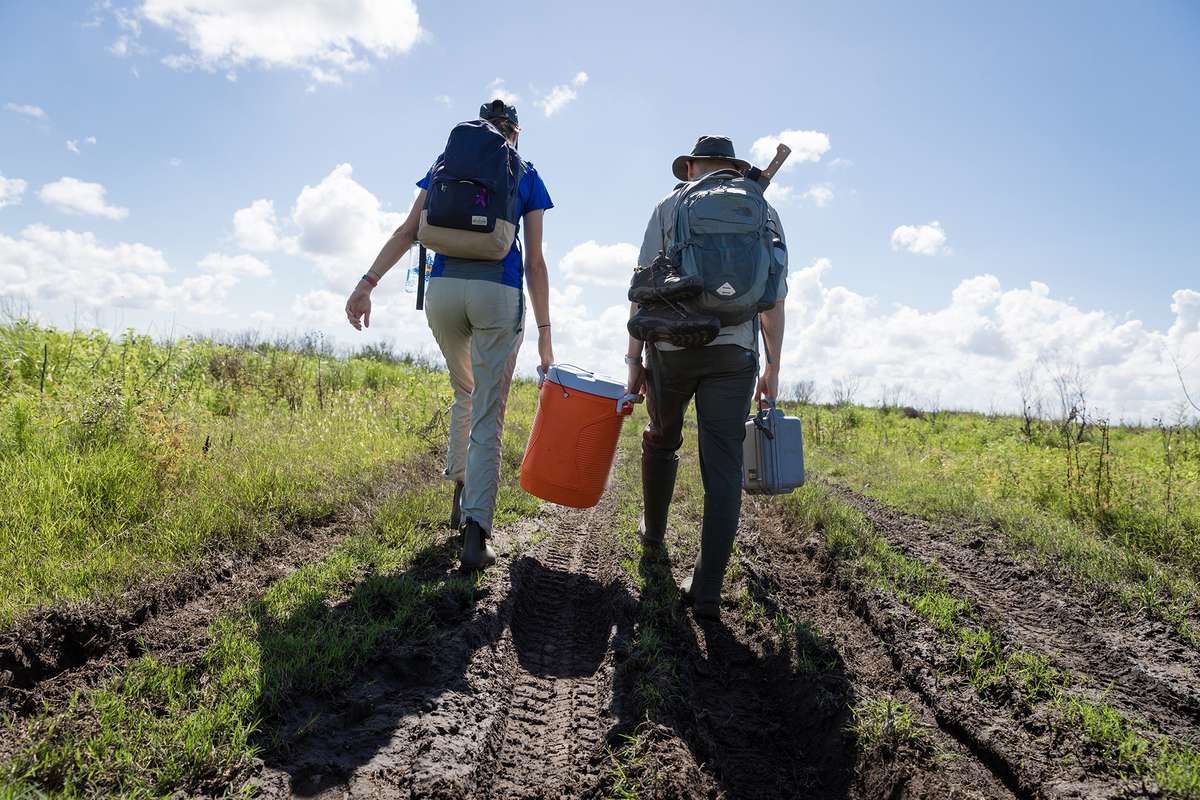 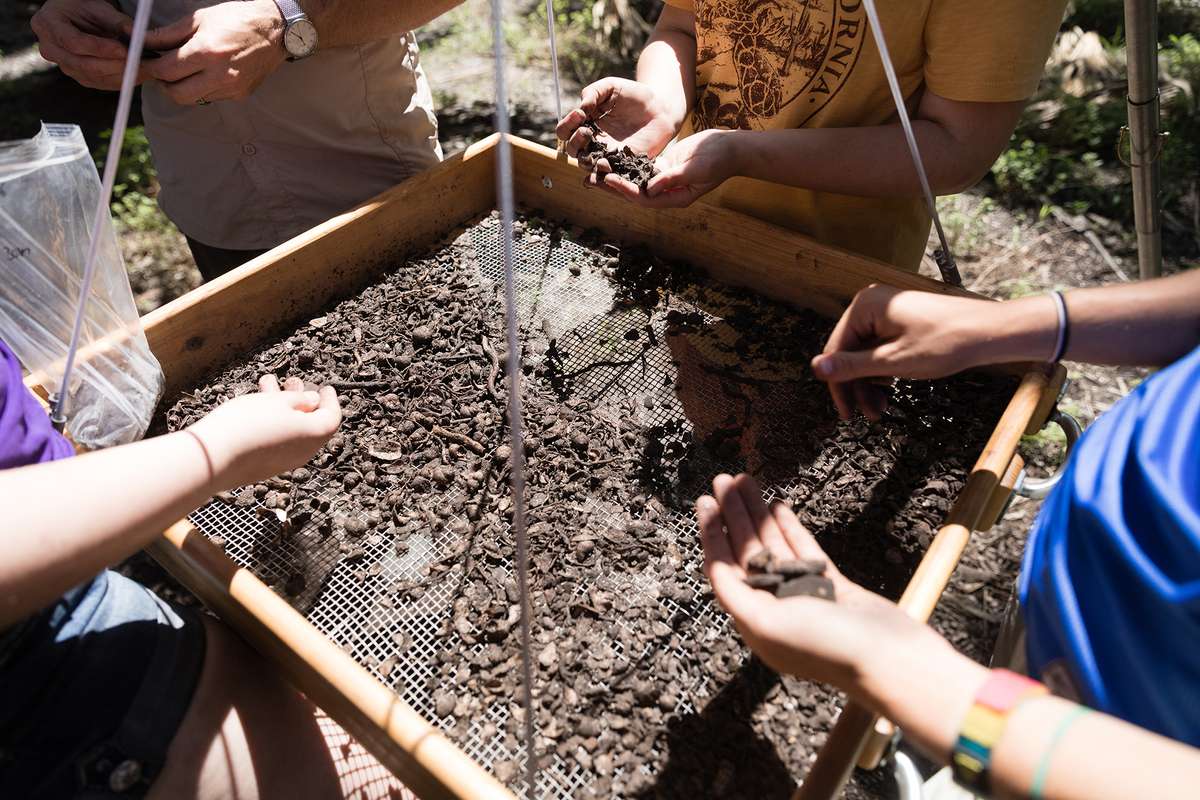 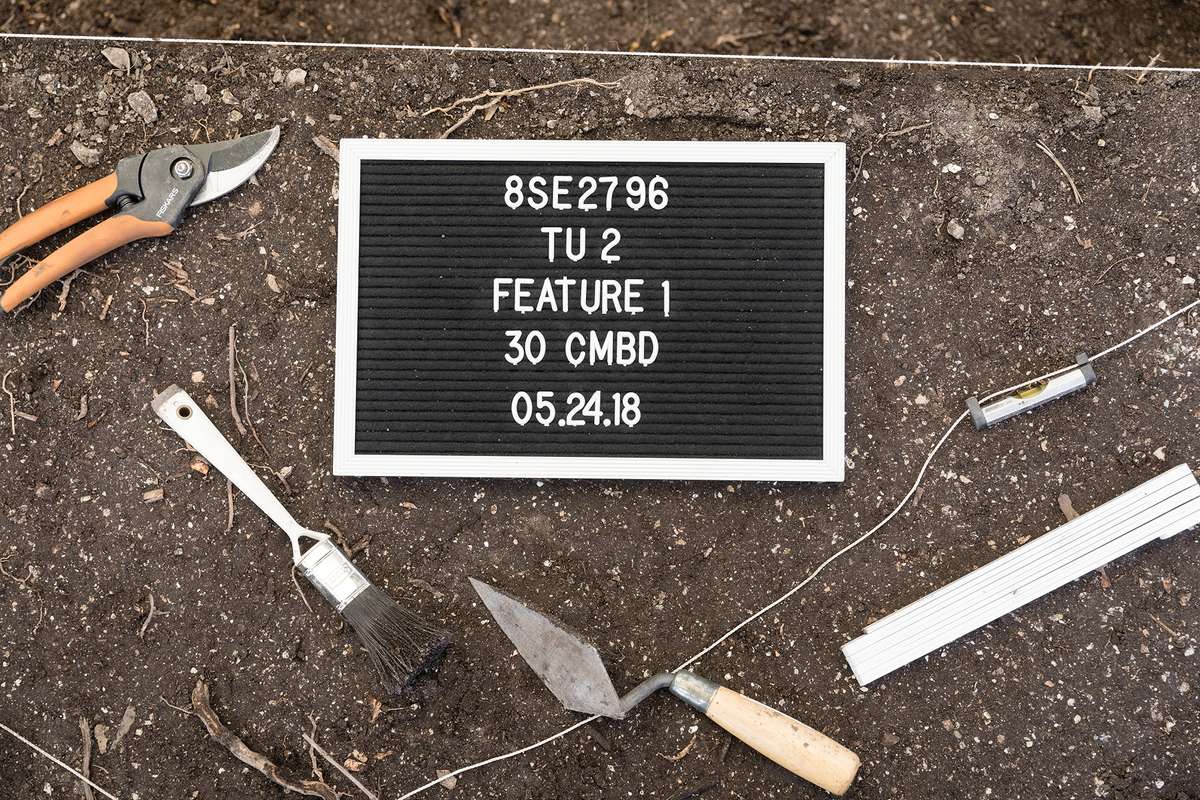 When we caught up with the class on a muggy morning at the Stipkovits-DiCecco shell mound—named for the state forester who discovered it a few years back—students were split between two excavation groups.

Quarter-inch screens in their buckets helped filter shell and dirt from artifacts like pottery shards and spear points, as well as bones from animals consumed many centuries ago.

Because so little is known about the “S.D.” mound, as well as the other sites, the day’s efforts were part of a larger fact-finding mission to answer basic questions such as:

“Most of this is much older than any recorded history,” says Gilmore. “We can’t connect the people who lived there 5,000 years ago to any historical groups, but they’re likely ancestral to the Timucua groups of people who lived here at the time of the Spanish arrival.”

For anthropology major Kelli O’Neill ’18, a Sarasota native who minored in archaeology and theater, the class was a tangible way to make history come alive.

“We were standing on some of the oldest monuments in North America, experiencing the same weather and landscape its ancient occupants did,” says O’Neill. “Every little fish bone or shell we found had been deliberately placed there by a human being millennia ago and hadn’t been touched since. It was incredibly moving being so close to history and to someone else’s story.” 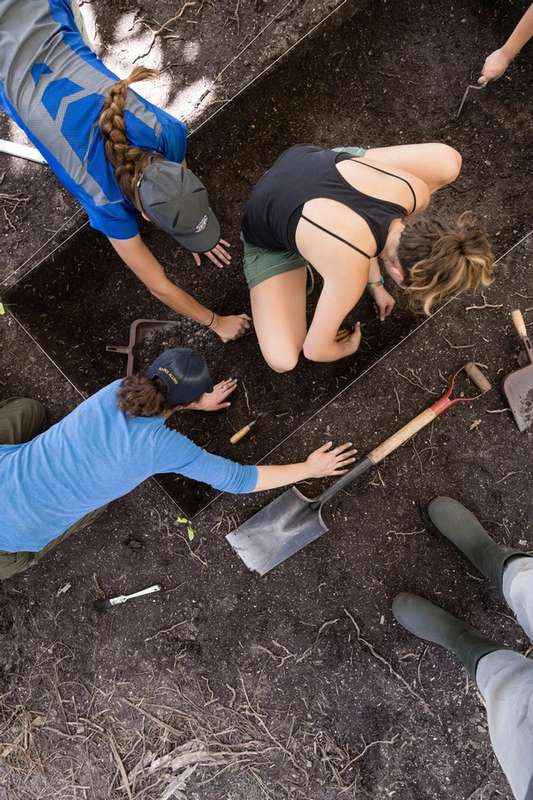 At the Panther Tracks mound, the team found a massive whelk shell that had been hollowed out and used to carry water or cook over fire. The shell, explains Gilmore, had been “imported” from the coast and predates the invention of pottery some 4,500 years ago.

Students also discovered a rare shell bead and panther jaw at the Heiffer mound, which Gilmore believes future digs could reveal to be a burial site or place where people gathered to conduct religious practices.