Coach Julie Garner to be Inducted into WGCA Hall of Fame 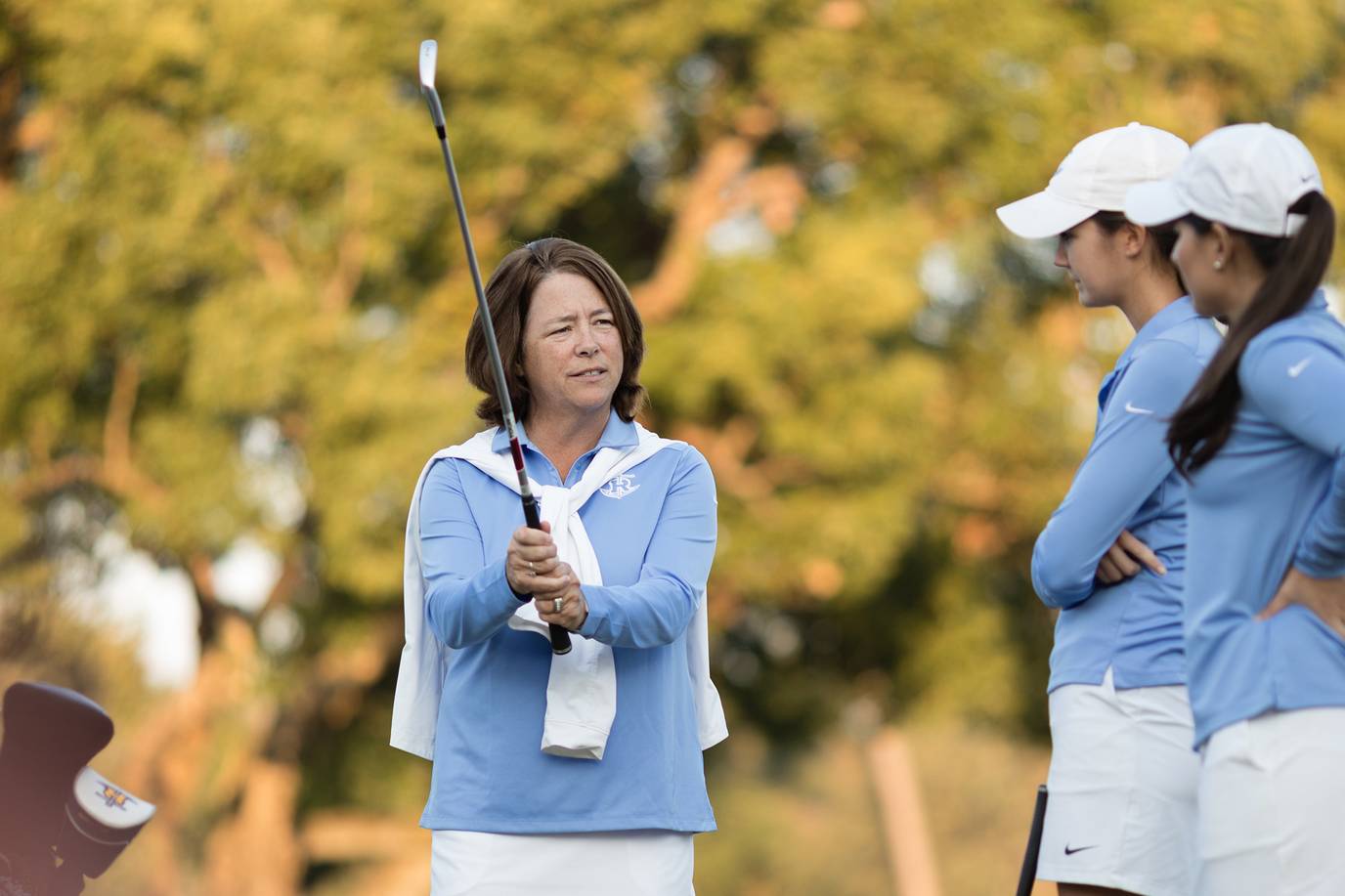 Julie Garner, Rollins’ head women’s golf coach, will be inducted into the Women’s Golf Coaches Association Hall of Fame on Sunday, December 2, 2018. Garner will be the WGCA Coaches Hall of Fame’s 51st member.

In her 23 seasons as head coach, Garner has racked up a record six Division II championships, along with five runner-up finishes. Under her leadership, the Tars have finished in the top four at the Division II Championships in 13 of the past 17 seasons. The beloved coach is a four-time Division II Golf Pride WGCA Coach of the Year and five-time Sunshine State Conference Coach of the Year.

“It’s an incredible honor to be inducted into the WGCA Hall of Fame,” says Garner. “But this award is not just for me. It’s an award for Rollins golf and all the players, coaches, and community support we have had for so many decades. It has been a labor of love to lead this program to the NCAA Championship and to revel in the life success of our graduates. I accept this honor on behalf of the entire Rollins golf family—past, present, and future.”

Founded in 1983, the Women’s Golf Coaches Association (WGCA) was formed to encourage the playing of college golf for women in correlation with a general objective of education and in accordance with the highest tradition of intercollegiate competition. Today, the organization represents more than 600 coaches throughout the country and is dedicated to educating, promoting, and recognizing both its members and the student-athletes they represent.

“Julie’s induction into the WGCA Hall of Fame is a monumental accomplishment for her, our women’s golf team, Rollins, and Division II,” says Pennie Parker, director of athletics. “Julie has been successful because she is committed to the entire student-athlete experience. She cares about the academic and athletic success of her team and provides them with the resources to maximize their experience at Rollins. The induction into the Women’s Golf Coaches Association Hall of Fame is a well-deserved honor that recognizes Julie’s stellar career at Rollins and her impact on the sport of women’s golf.”

With a legacy that spans three decades, Julie Garner stands as one of America’s best and most admired collegiate women’s golf coaches. Her student-athletes have garnered six PING WGCA Player of the Year awards and three Sunshine State Conference Golfer of the Year honors. They will tell you that, yes, she’s a fierce yet amicable competitor, but even more than that she cares about her players as individuals—their academics, their happiness, their future—more than about how well they swing a club.