8 Jazz Albums You Should Listen to 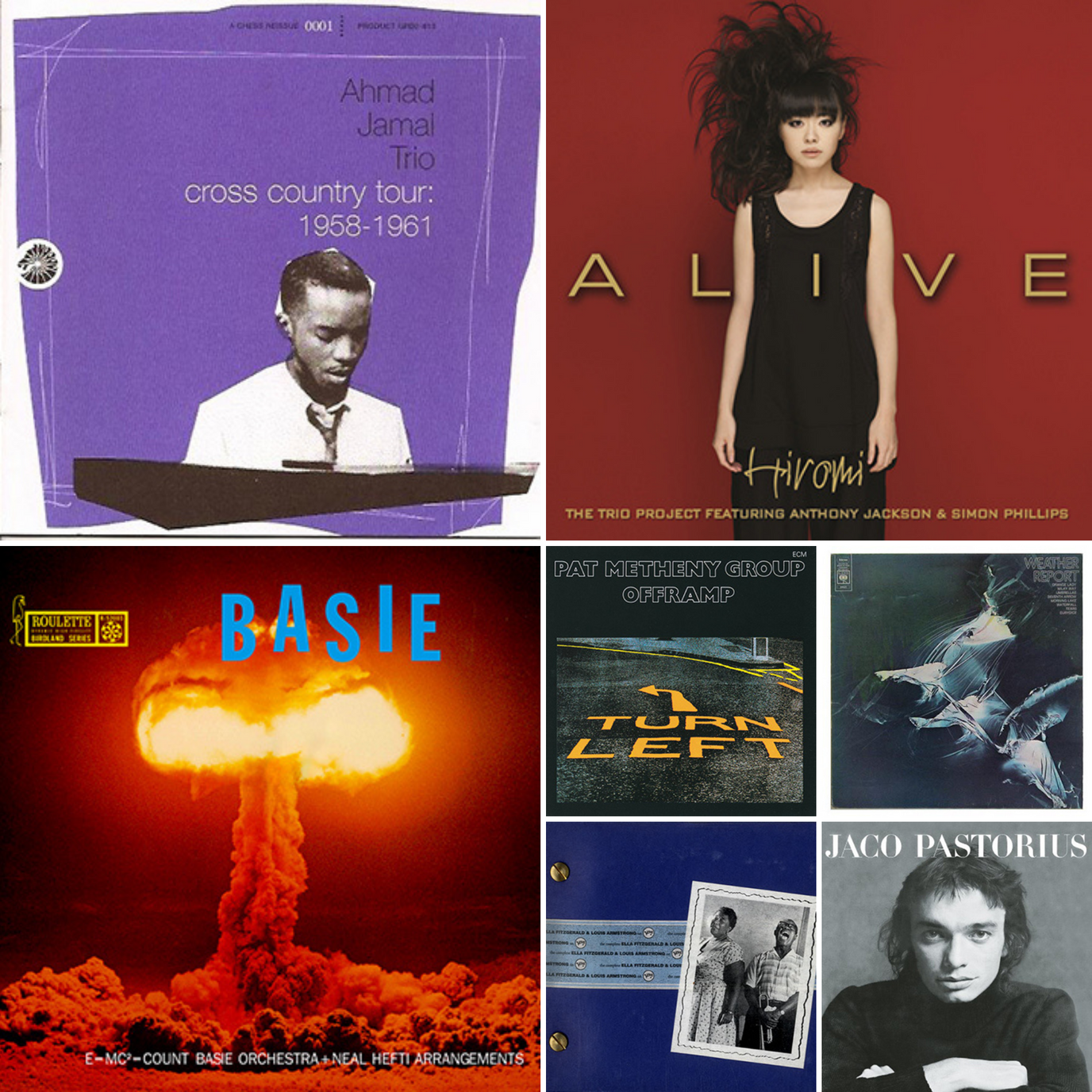 Coming to Rollins as a freshman, I never envisioned starting off my first semester with a course titled History of Jazz. As a music enthusiast, but not quite a jazz one, I started the class feeling uncertain of whether or not I would like it. To my surprise, I discovered a true calling for jazz. Its historical content and musical appeal has transformed me into the jazz fanatic I thought I’d never be.

Music professor Chuck Archard performing with his electric bass. (Photo courtesy of David Noe)The Jazz-y class, taught by Artist-in-Residence Chuck Archard, examines the development of multiple and distinctive jazz styles, tracing its beginnings from the 1930s to the present.

Archard’s specialty is bringing those discussions to life. As an electric bassist, composer, and director of the Rollins College jazz ensemble, he’s invested in the topic and enlivens the class with personal insights into the jazz industry and pop culture references.

When asked what were his top eight recommended or suggested all-time favorite jazz albums, he assembled a list consisting of a wide mix of diverse jazz styles and musicians, explaining why these albums still remain so appealing to him.

“Compiling lists like this is always a difficult endeavor because there are so many great artists and groups to choose from,” Archard says. “There are certainly many lists available dealing with historically important and influential jazz albums [but] this is not that type of list or ranking. I have simply based my choices on recordings that I find myself going back and listening to time and again.”

This is a great example of understated playing by all three members. Ahmad’s concept of succinct playing, clever arrangements, and the use of ‘space’ (not filling every measure with a flurry of notes) was an influence on many Jazz artists including Miles David and Bill Evans.

This is a fairly recent recording and I have lost track of how many times I have listened to it. Hiromi is one of my favorite “new” Jazz artists. She has incredible technique, musicality and songwriting skills. She also uses one of my favorite bassists, Anthony Jackson, on many of her recordings. Check out the tune Firefly. If it doesn’t move you, you are not alive!

Two great musicians playing some elegant standards. A beautiful example of understatement and deep musicianship. Their last album together entitled Last Dance is also a magnificent recording and well worth the listen.

The ground breaking debut album from fretless bass phenom Jaco Pastorius. Jaco is one of the most copied bassists in the history of music. This album also showcases his equally impressive compositional skills and range. Funk, R&B, orchestral instruments, steel drums, Bebop, Afro/Cuban, and ballad grooves. All of these styles are delivered with integrity and incredible musicianship by some of the greatest players of the era including: Herbie Hancock, Lenny White, Sam and Dave, David Sanborn, Othello Molineaux, Don Alias, Hubert Laws, and the Brecker Brothers.

Weather Report is considered the ultimate Jazz Fusion group. They have recorded many albums but this one really resonates with me. This is my favorite WR lineup, and the album still sounds fresh and modern.

Hands down my favorite Big Band. This is an incredibly exciting recording that captures the Count Basie band of the late 1950s in incredible form. Every track is SWINGING!

Pat Metheny is one of the most influential guitarists and composers of the past 40 years. This is one of his earlier albums and I remember listening to this recording almost every day during my senior year in college. (Nerd alert!) The tune Are You Going With Me? is still one of my favorite compositions.

Two great artists performing wonderful standards and making it seem effortless. This recording captures Louis and Ella at the height of their careers. Every tune and arrangement is a treasure. I love this record!