From ‘Hell’s Kitchen’ to His Own 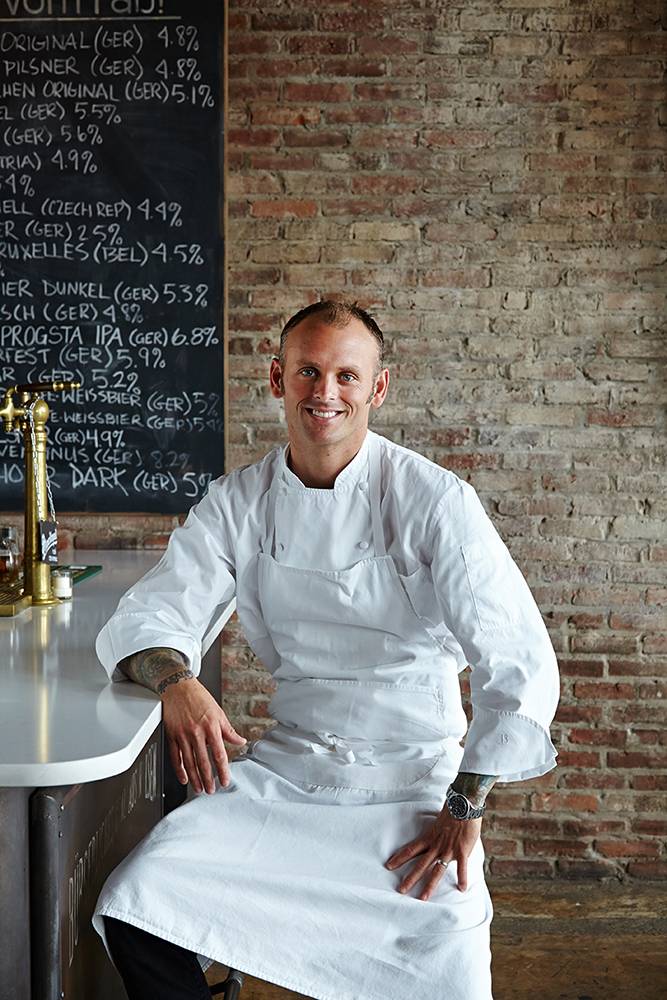 How James Avery ’04 went from waiting tables to being a chef on reality TV to owning his own restaurant.

When you’ve spent five seasons cooking on set for Gordon Ramsay—the über-intense chef behind Fox’s hit reality shows Hell’s Kitchen and Kitchen Nightmares—managing your own restaurant no longer seems quite as daunting.

James Avery ’04 has traded the camera close-ups, profanity-laced tirades, and pressure-packed cooking challenges for a new fast-paced adventure: launching restaurants in his native New Jersey. He now owns and operates The Bonney Read—a classic seafood and chowder house named after two female pirates—and is a creative partner at Asbury Festhalle and Biergarten. With Avery as executive chef, both have proven to be instant favorites on the Jersey Shore.

“I feel like everyone should work at a restaurant once in their life,” Avery says. “Restaurants are like organized chaos. If everyone isn’t doing their job, the whole thing goes kaput.”

A highly driven entrepreneur whose skills extend beyond the kitchen into all aspects of back-office operations, Avery describes himself as a guy who “put myself in the right place at the right time.”

In 2011, while working in Atlantic City, his boss at The Borgata Hotel Casino & Spa got a call from Ramsay’s production crew. They needed a talented chef who could appear on-air and help turn around a floundering Irish restaurant just down the road.

Naturally, Avery jumped at the chance and was featured in the “Grasshopper Also” episode of Kitchen Nightmares Season 4. Ramsay was so impressed by Avery that he offered him a permanent job. For the next four seasons, Avery served as a sous chef on Hell’s Kitchen, where he mentored contestants, facilitated dinner service, and handled all costs, controls, and executions related to culinary production. To add another layer of stress, he reported directly to Ramsay.

“Behind the scenes, Gordon’s all laughs and busting jokes,” Avery says. “But when he’s in a restaurant and working, it’s like a drill sergeant mentality. He wants to see what people are made of, so he’s very serious and to the point. Gordon’s an awesome guy, and I just hope some of his success rubs off on me.”

Role of the Liberal Arts

Avery credits his time at Rollins, where he majored in organizational communications, with providing a well-rounded foundation that serves him to this day.

“Going to a liberal arts college gave me a much broader personality and perspective,” he says. “I took classes in theater, public speaking, and a broad range of subjects, culturally, that gave me a multidimensional point of view and helped me break out of my shell. The four years I spent at Rollins had such an impact on my life.”

As a student, Avery was quick to capitalize on Winter Park’s reputation for trendy dining. He held several restaurant jobs in the area—from serving at Hot Olives and bar backing on Church Street to working as a wine cook at Brio Tuscan Grille. After graduating, he earned a certificate in culinary arts at the Art Institute of Fort Lauderdale.

From a cooking standpoint, Avery took inspiration from Florida’s “melting pot” flair, developing an affinity for South American, Peruvian, and Southern cuisine. He describes his health-conscious approach as “ingredient-driven and simply consistent.” In addition to Ramsay, some of his influences include chefs Jamie Oliver, Thomas Keller, and Michael Mina.

From our innovative curriculum and intimate learning environment to real-world experience and the success of our graduates, learn more about why Rollins’ communications program is among the nation’s best.