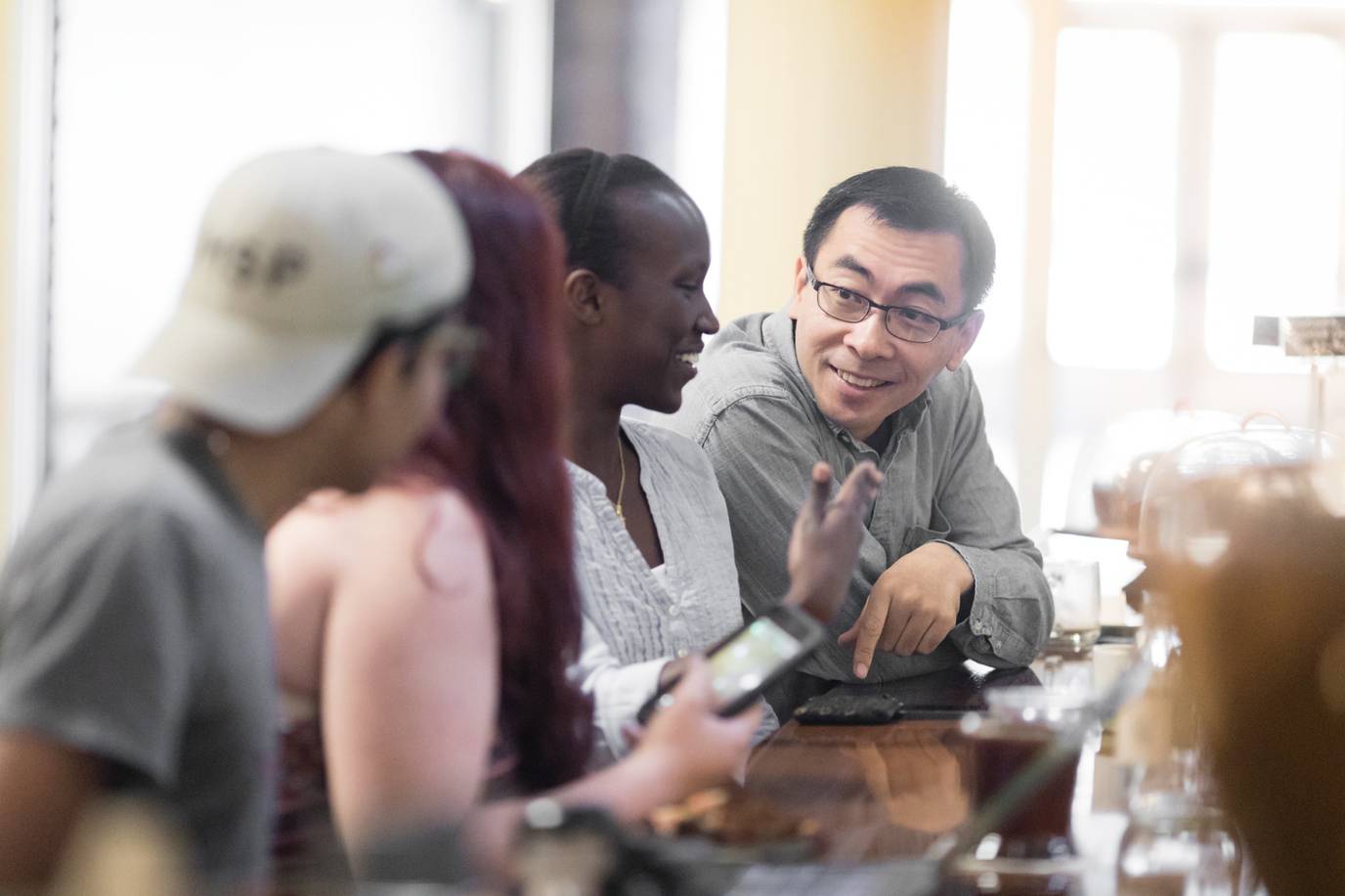 Students explore the economic relationship between the developed world and developing countries by partnering with a local direct-trade coffee shop.

Tall, grande, or venti? If choosing a size is the most thought you put into your cup of coffee, one Rollins professor challenges you to look deeper. That’s because production and consumption of the ubiquitous beverage involves people working at many levels of a chain of growing, processing, distributing, and selling that connects the developed world with developing countries. And our purchases, whether of coffee or anything else, hold the power to shift the global economy.

The overarching goal of The Global Economy is to provide students with an overview of the evolution of the global economy—focusing on both historic and geographic dimensions. For the geographic piece, Peng and his students emphasize the relationship between developing and developed countries, and the lens through which the course examines this relationship is coffee.

The first half of the course includes lectures and readings, as well as viewing two films—Black Gold and Connected by Coffee—that reveal the realities of the coffee markets in South America and Africa.

The second half of the course is far more hands-on. Students are divided into teams and assigned one of Downtown Credo’s four coffee shop locations. Each team is then tasked with developing a promotional strategy for its assigned location in collaboration with Downtown Credo staff members.

Downtown Credo is an especially fitting partner due to the vision of company founder Ben Hoyer. The direct-trade shop sources its coffee directly from growers in Guatemala and Nicaragua, then asks its customers to name their price for its products.

“The consumers are stimulated to decide how much to pay, which prompts them to think about what could be a fair cost to produce coffee and transport it to the U.S.,” Peng says. “This makes them responsible for their own consumption behavior.”

For Hoyer, who spoke to Peng’s class and attended final presentations, the lesson has the potential to go even further.

“Asking consumers to be involved in their choices with coffee leads to the possibility that they will ask, ‘What about my clothes, my car, and my food?’” he says. “They might realize that when we buy stuff, we’re a part of all these systems, and we have choices regarding which systems we want to be a part of. Buying a cup of coffee is just one example of how a purchase has the potential to have an impact on the whole world.” 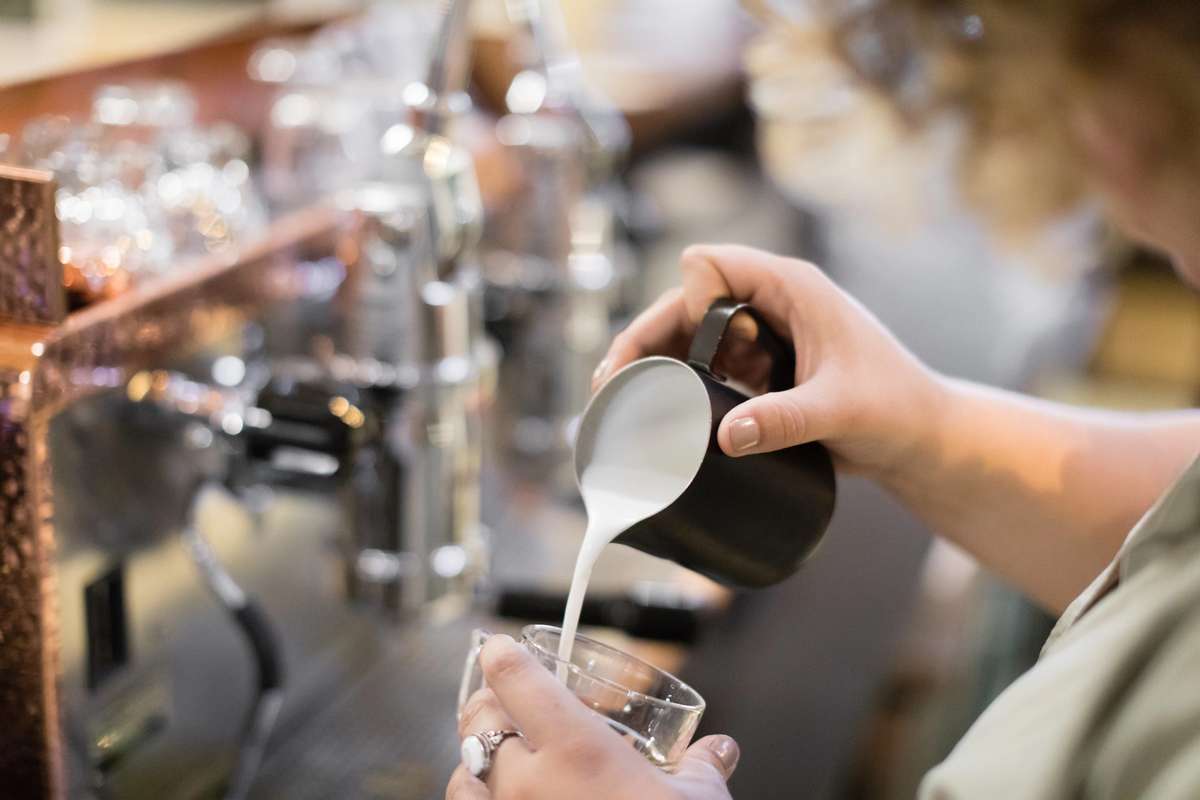 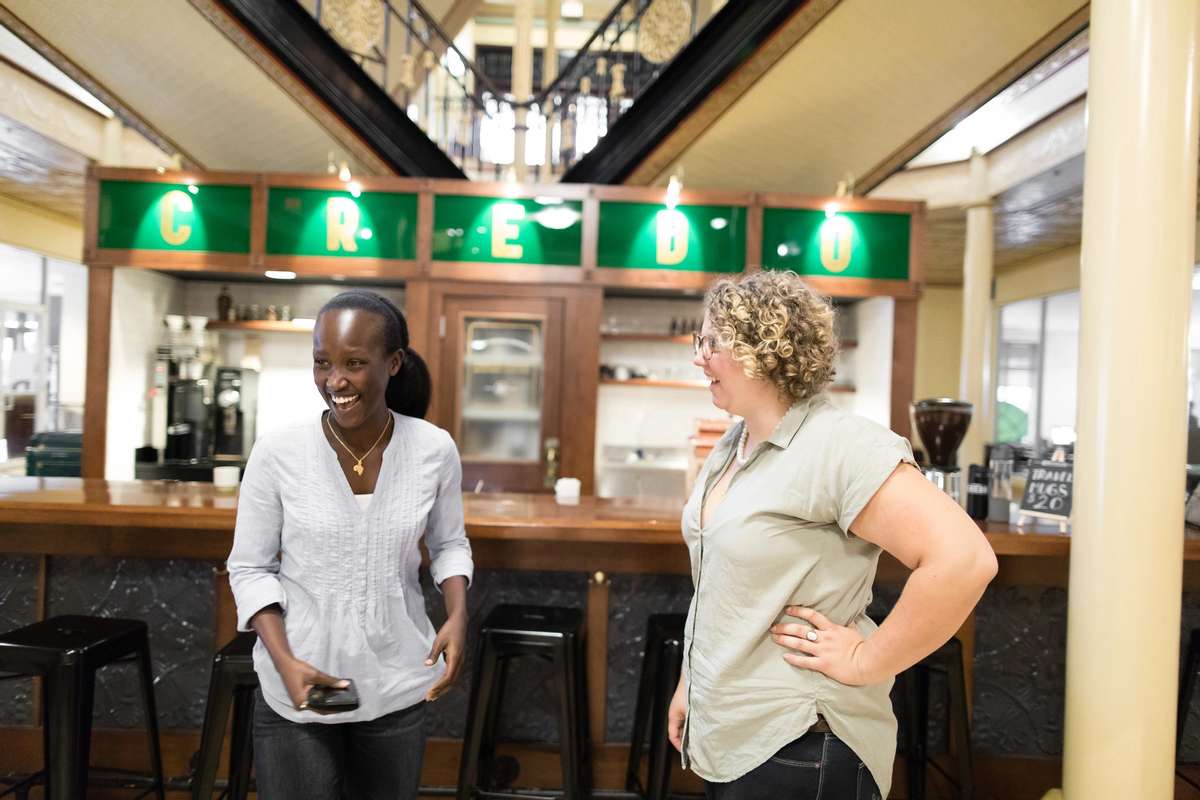 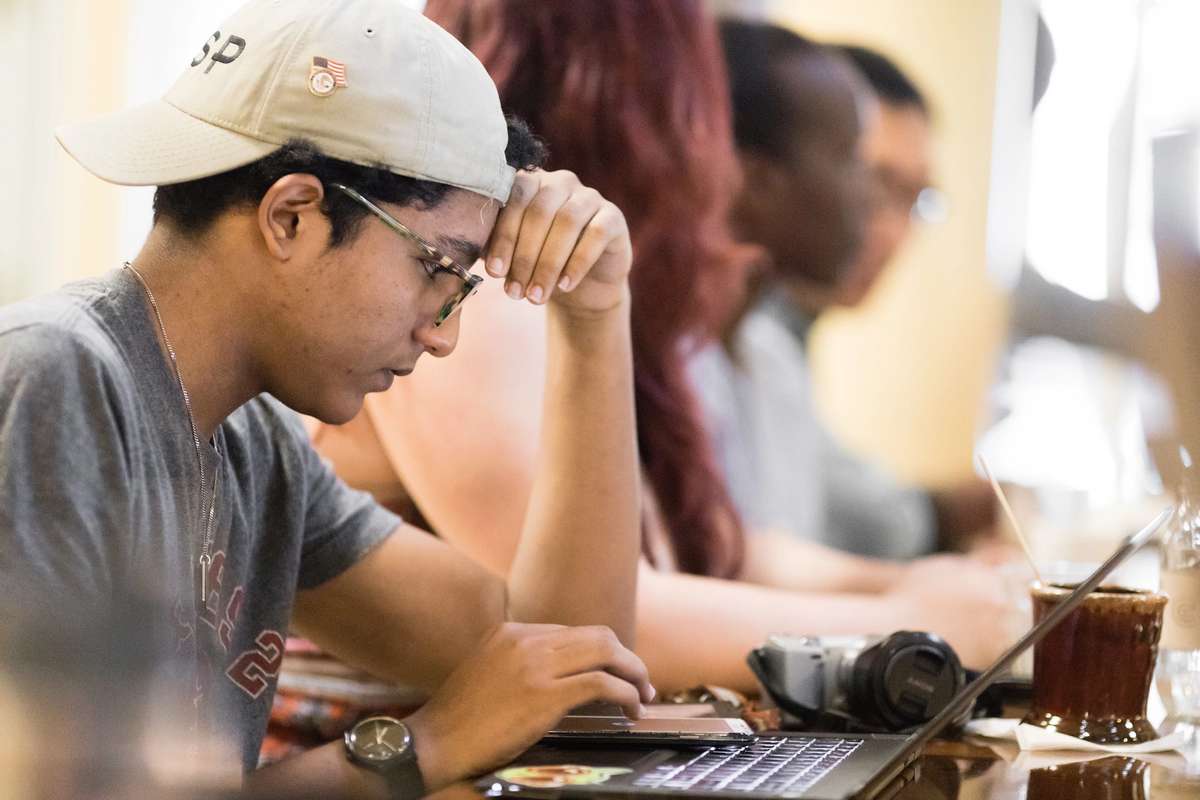 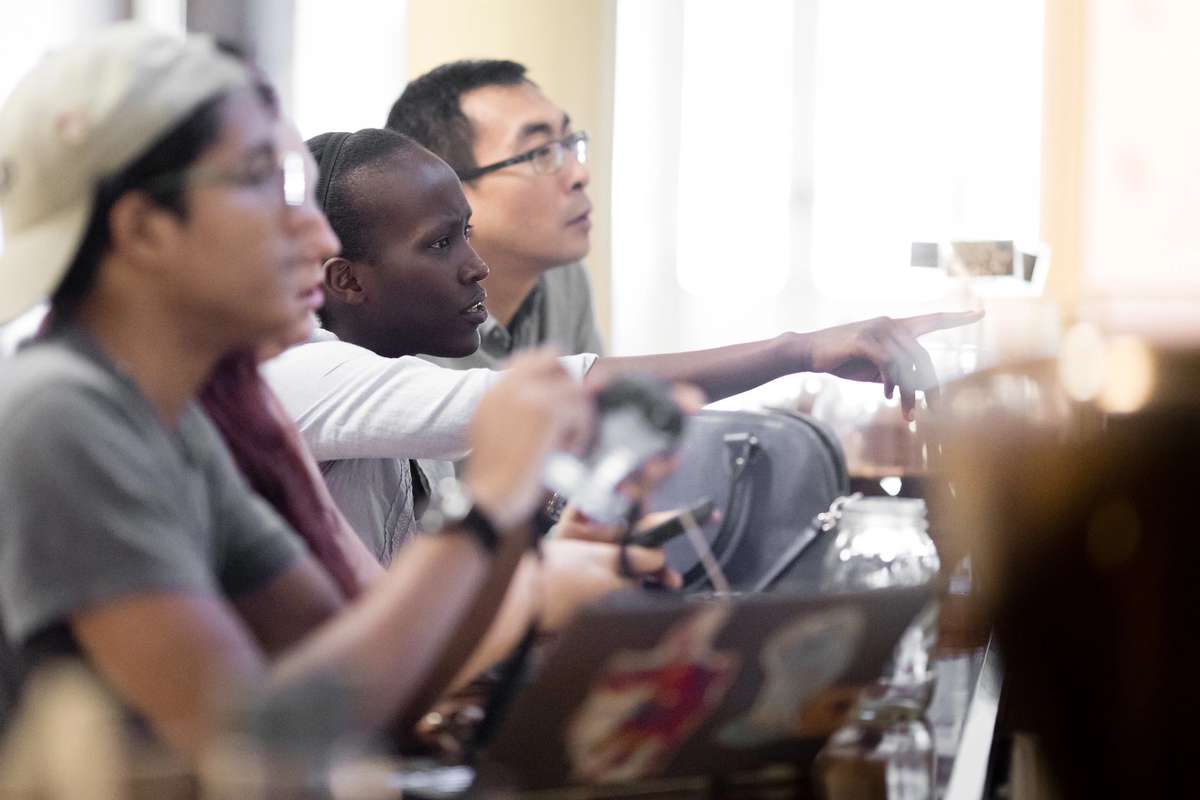 On April 17, the team assigned to Downtown Credo’s Church Street Exchange location conducted the second of two required site visits. Peng and the students partnered with the shop’s lead barista to assess the store’s unique challenges and goals. The group also explored ways the location could become even more profitable, including offering validated parking to address the limited space for cars on-site.

Rebecca Gakwaya ’17, a business major who led the Church Street Exchange team, says that the opportunity to consider every step of the process provided her with an intimate look at the coffee trade.

“The owner of Credo explained how he works with farmers directly so that they could actually have a say in the price they are paid,” she says. “And then at Credo, you choose the price you pay to get more involved in the process. In that way, the course made me a better consumer.”

The division of profit on a global scale isn’t as obvious or transparent as most consumers assume. For starters, several students in the course had never heard of fair trade. Those who were aware of the certification might not have known about the cost associated with it or that the cost precludes many farmers from becoming fair trade certified.

The process known as direct trade—how Hoyer sources his coffee—allows buyers to connect directly with sellers. By cutting out the middlemen, coffee farmers—the sellers in this case—receive a far greater share of the process.

“Most of my students, if not all, didn’t know the difference between coffee workers and coffee farmers,” Peng says. “They thought the coffee farmers directly grew, harvested, and produced the coffee, which isn’t the case. The farmers are the ones who own the farms.”

Meanwhile, the workers—the ones supplying the labor—receive the smallest piece of the pie.

“If you say farmers receive less profit than they deserve, then what about workers?” Peng asks. “They receive even less, and those wages are deplorable.”