Inside the innovative Rollins course that fuses biology, technology, sculpture, and abstract thinking in unconventional ways.

On the surface, combining cell death and art into a single academic endeavor might seem an odd pairing—like some distant cousin to winter biathlon’s amalgamation of cross-country skiing and rifle shooting.

Upon closer examination, students at Rollins are discovering the new course with a macabre name is actually a high-tech, historically grounded way to merge the complementary fields of science and the liberal arts. 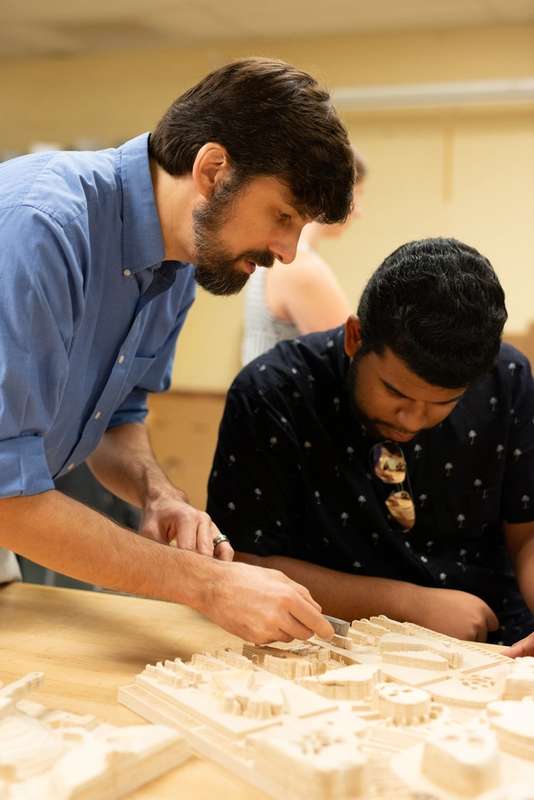 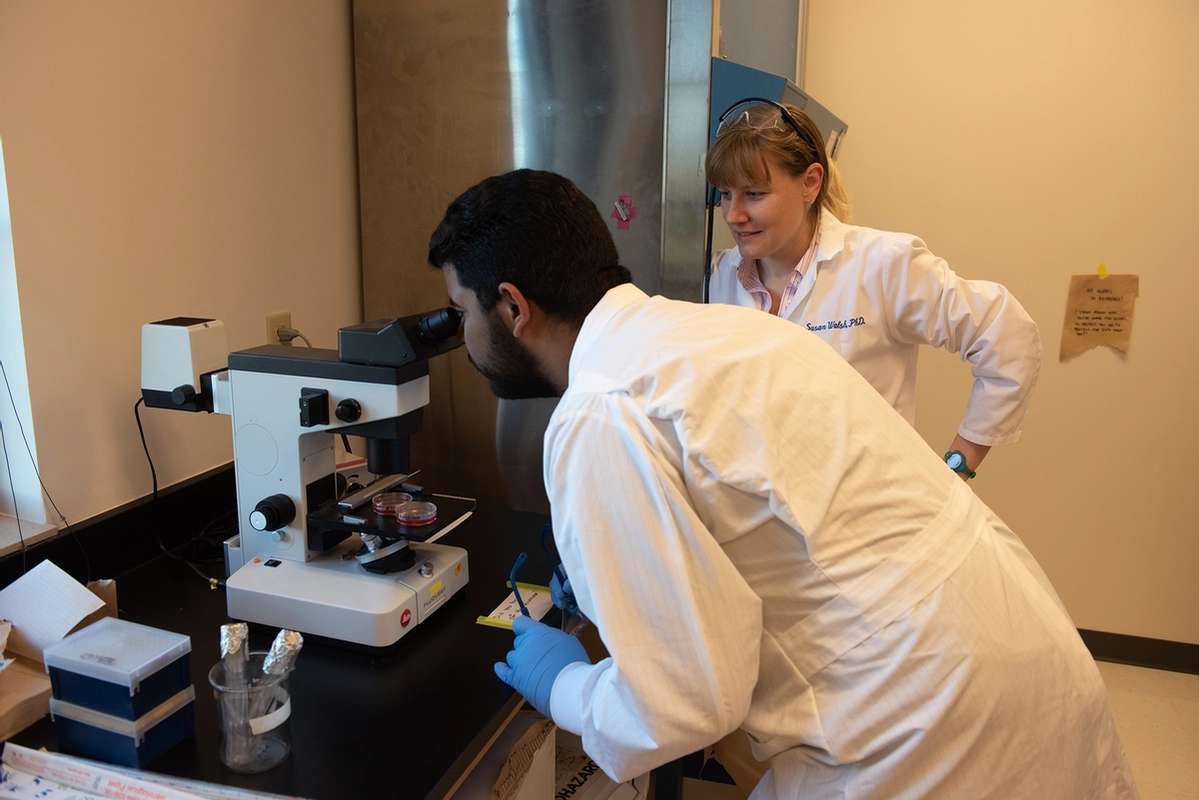 Housed in the Bush Science Center, this eight-credit, laboratory- and studio-based honors course meets twice a week in three-hour sessions. For the biology component, science majors are paired with non-science majors to encourage cross-disciplinary learning.

Twelve students, all sophomores, analyze how and why human cells are “programmed” to die through a naturally occurring process called apoptosis. Concurrently, they explore the idea and symbolism of death by creating eight-inch, computer-generated sculptures inspired by cells they’ve genetically engineered.

Like Renaissance masters of old who studied human anatomy by drawing corpses, these students are taking a similar approach to accessing new fields of game-changing knowledge.

“From my perspective, art and science are not separate disciplines—it’s just a way of looking at problems through different lenses,” says Almond. “Today, for instance, 3-D printers are not only being used to manufacture prosthetics—they can harness the power of stem cells to make body parts like ears, noses, and kidneys.”

“This is your STEAM,” adds Walsh, alluding to the combination of the arts with science, technology, engineering, and math. “It’s encouraging that we can work collaboratively to take things in the realm of science and use them as inspiration for art.”

We dropped in on the class as various groups of students were in different phases of their projects. Some students worked diligently in the biology lab purifying the DNA they created or inserting their DNA into human cells while others worked in the computer lab on CAD software perfecting the 3-D modelings of the artwork inspired by their cells. Another group of students set up shop in the art studio, focusing on chiseling away the leftover wood strands from their relief sculptures as they came out of the computer-controlled milling machine. Depending on the heights and complexity of the surface, the milling took anywhere from 23 to 42 hours.

As an art history and biology double major, Isaac Gorres ’21 appreciates how the course often “pushes me and my classmates out of our comfort zones.” Also, using the confocal microscope to reveal the location of fluorescent-tagged proteins was a real eye-opener.

“When exposed to a certain wavelength of light, the tagged proteins glow,” he explains. “The resulting image offers a beautiful, intimate look at cellular activity, equally valuable aesthetically as it is empirically.”

“These are assignments that require full intellectual input from the student,” he says, “and the creative, problem-solving skills acquired by doing them are useful in every single job and other aspects of life after graduation.” 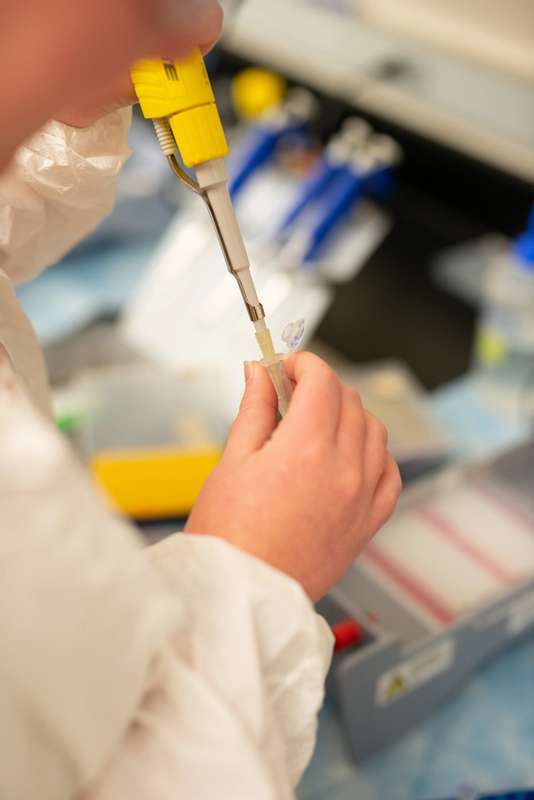 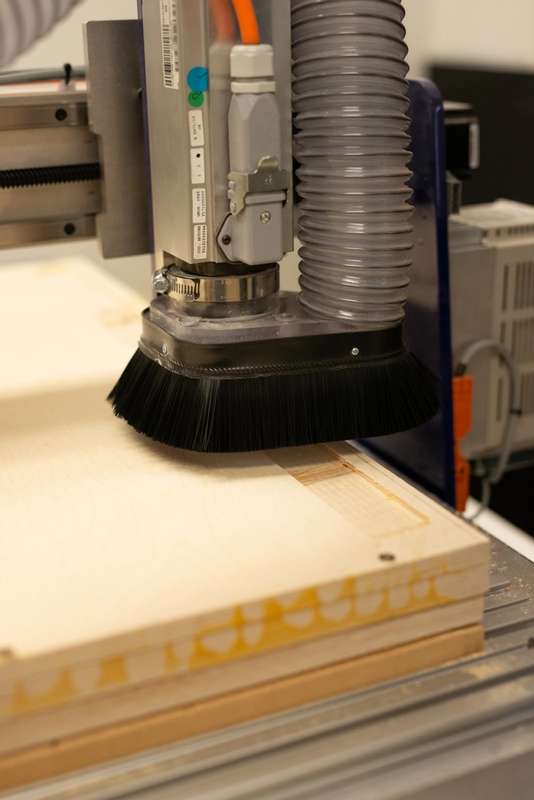 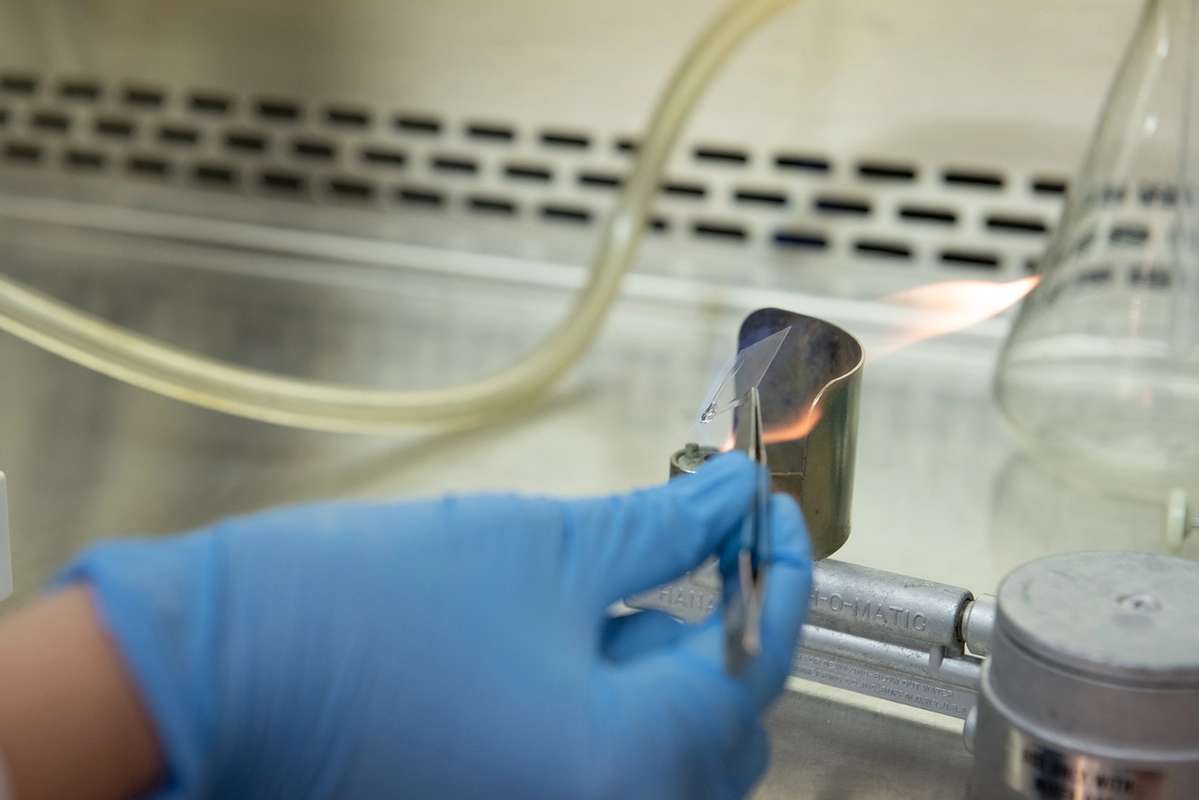 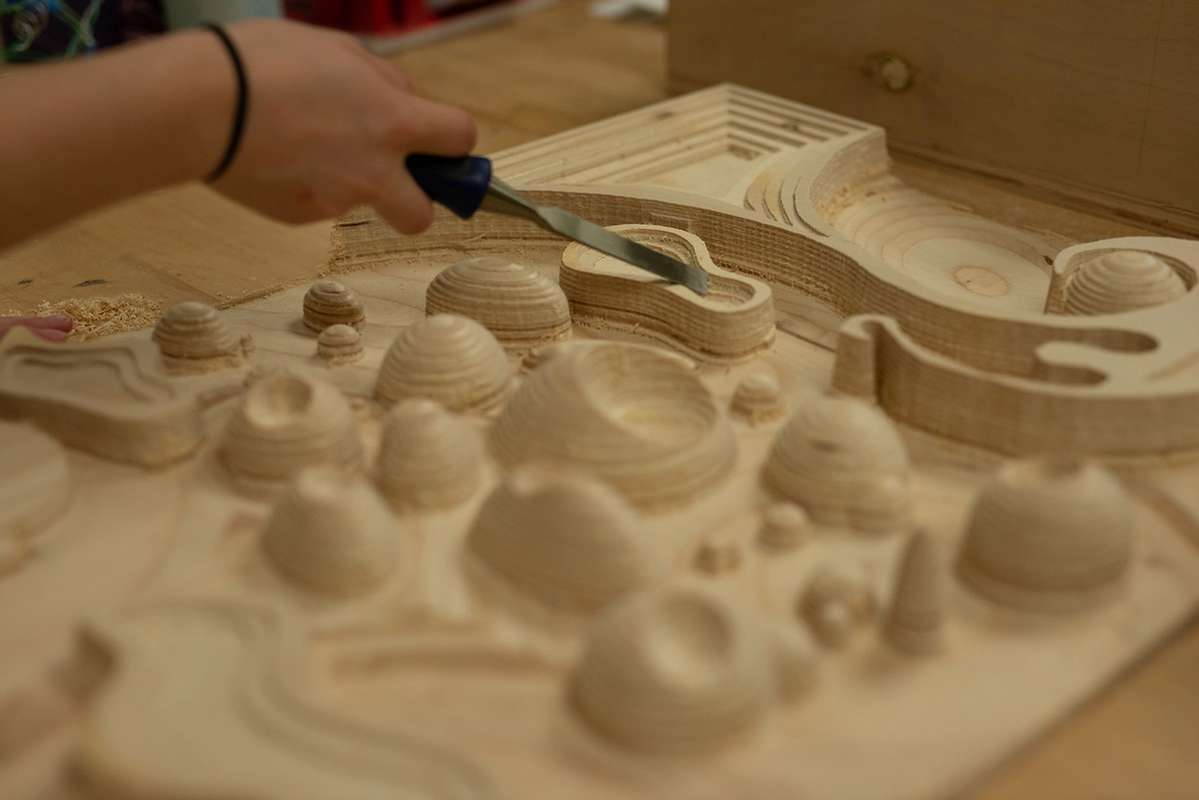 Nobody knows for sure how many cells are in the average human body. But according to a study in 2013 by researchers at the University of Bologna in Italy, the number is 37.2 trillion (give or take) if you’re a 30-year-old who weighs 154 pounds, stands 5 feet 7 inches tall, and possesses a body surface area of 20 square feet.

This project-based course goes beyond learning HTML to examine how computer science, the web, and digital media are shaping our society.