Who Is Archibald Granville Bush? 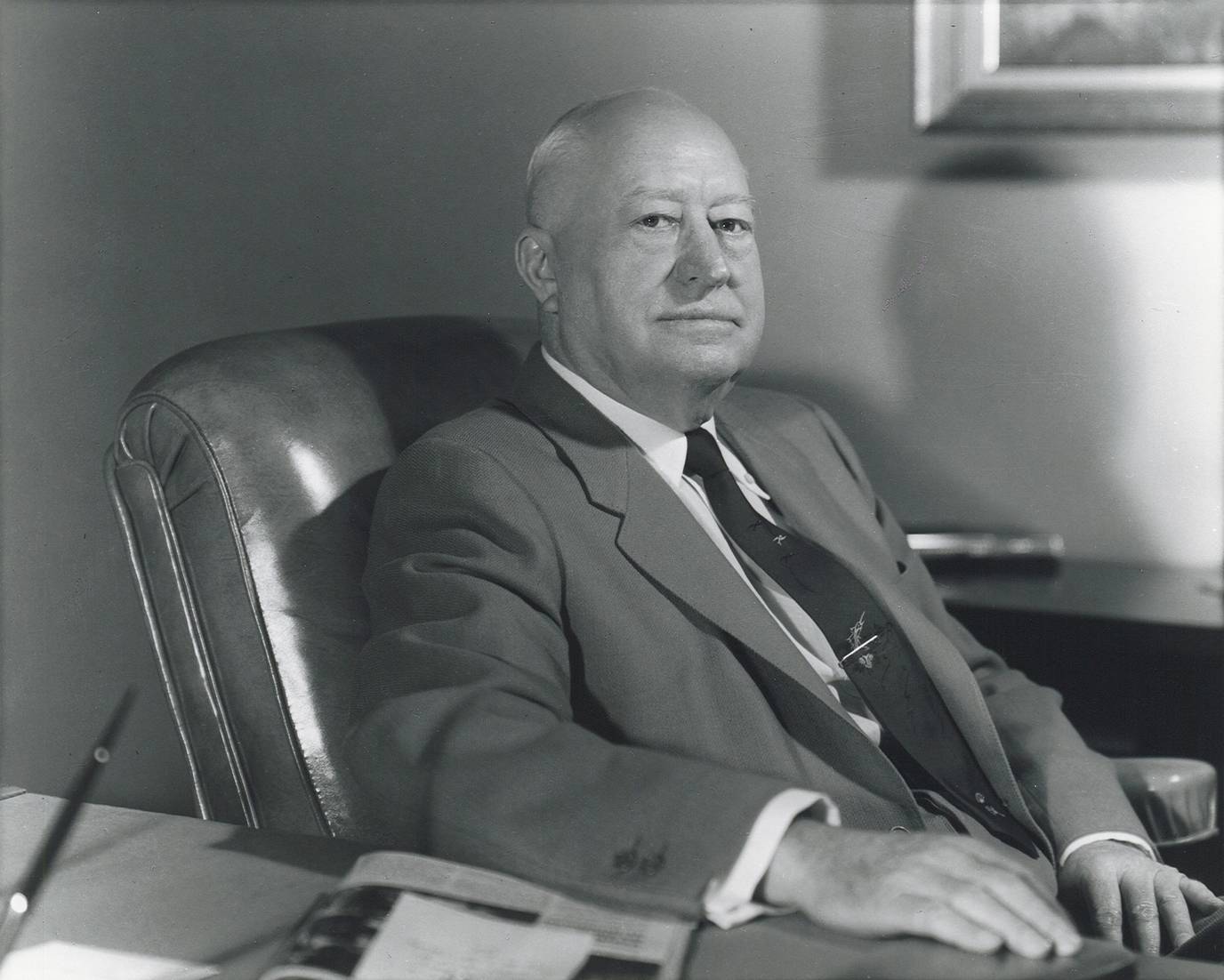 The man who helped make possible the Bush Science Center was not a scientist—but he did drive innovation.

Archibald Granville Bush, whose $800,000 gift to Rollins in 1965 made the Bush Science Center possible, lived a classic farm-boy-to-millionaire story.

Born in 1887, Bush grew up on a 240-acre farm near Granite Falls, Minnesota. He worked hard but discontentedly, afflicted with hay fever and a desire to make a fortune in the larger world. At 21, with only an eighth-grade education and an overwhelming desire for “the things that other people had,” Bush moved to the Duluth area and took a $2-per-day job building piers. Soon he’d saved enough money to enroll in Duluth Business University; studying day and night, he graduated in four months rather than the usual six.

“It’s tremendously important for a young man to save money,” Bush said in an Orlando Sentinel article from 1959. “Save and invest—then you’re ready for opportunity when it comes.”

In 1909, Bush signed on as assistant bookkeeper at Minnesota Mining and Manufacturing Company, or 3M, at a weekly salary of $11.55. The fledgling company, which began as a mining venture, was making sandpaper products when Bush joined it.

The union between A.G. Bush and 3M turned out to be fruitful and long-lasting. He remained with the company for nearly 60 years. During the first four decades, he served—in progressive order—as salesman, sales manager, company director, vice president, general sales manager, director of sales, and executive vice president. From 1949 until his death in 1966, Bush was chairman of the executive committee. Meanwhile, 3M’s fortunes skyrocketed, thanks to its production of waterproof sandpaper, masking tape, Scotch tape, and other innovations.

A.G. Bush, a master of thrift as well as a keen-eyed investor, began buying 3M stock as early and as often as he could. His bought his first shares for 45 cents apiece. By 1959, he owned about $80 million worth of 3M stock, while his wife, Edyth, held shares worth approximately $35 million.

“Wealth should be used for the benefit of all humanity,” Bush said in a 1959 Florida Magazine article. He and Edyth practiced what he preached, particularly after they began visiting Winter Park in 1949 and bought a home as respite from subzero Minnesota winters. Before long, Bush was serving on the board of Rollins and Winter Park Memorial Hospital and donating generously to both, as well as to the First Baptist Church of Winter Park. Edyth, a playwright and patron of the arts, founded the Edyth Bush Theater at Loch Haven (now the Orlando Repertory Theatre). She also established the Edyth Bush Charitable Foundation, which supports worthy projects in Central Florida and contributed to the Bush Science Center redesign. Both Edyth and Archibald received honorary degrees from Rollins in 1965.

“Science must be a major part of liberal education,” he said in a 1965 article from The Sandspur. “There is a need for scientists who are first of all intelligent [...] and can assume leadership in a scientifically-oriented world. This is a need which Rollins has strived to meet in the past and will be dedicated to meeting in the future.”

As for the Rollins science center that bears his name, Bush was integral to its construction. His $800,000 contribution allowed the center to move from long-held pipe dream to reality. Bush’s largesse moored the $3.5 million project and made Rollins eligible to apply for matching federal grants and loans.

“Archibald Granville Bush was a big, vital, keen, energetic, restless man with a heart-warming twinkle in his eye,” recalled former Rollins president Hugh McKean at the 1969 dedication of the Bush Science Center, three years after Bush’s death. “He thought everything and everyone should be ordered and purposeful. […] He should be remembered as he was. He was far more impressive in person than any myth that he might become in the future.”