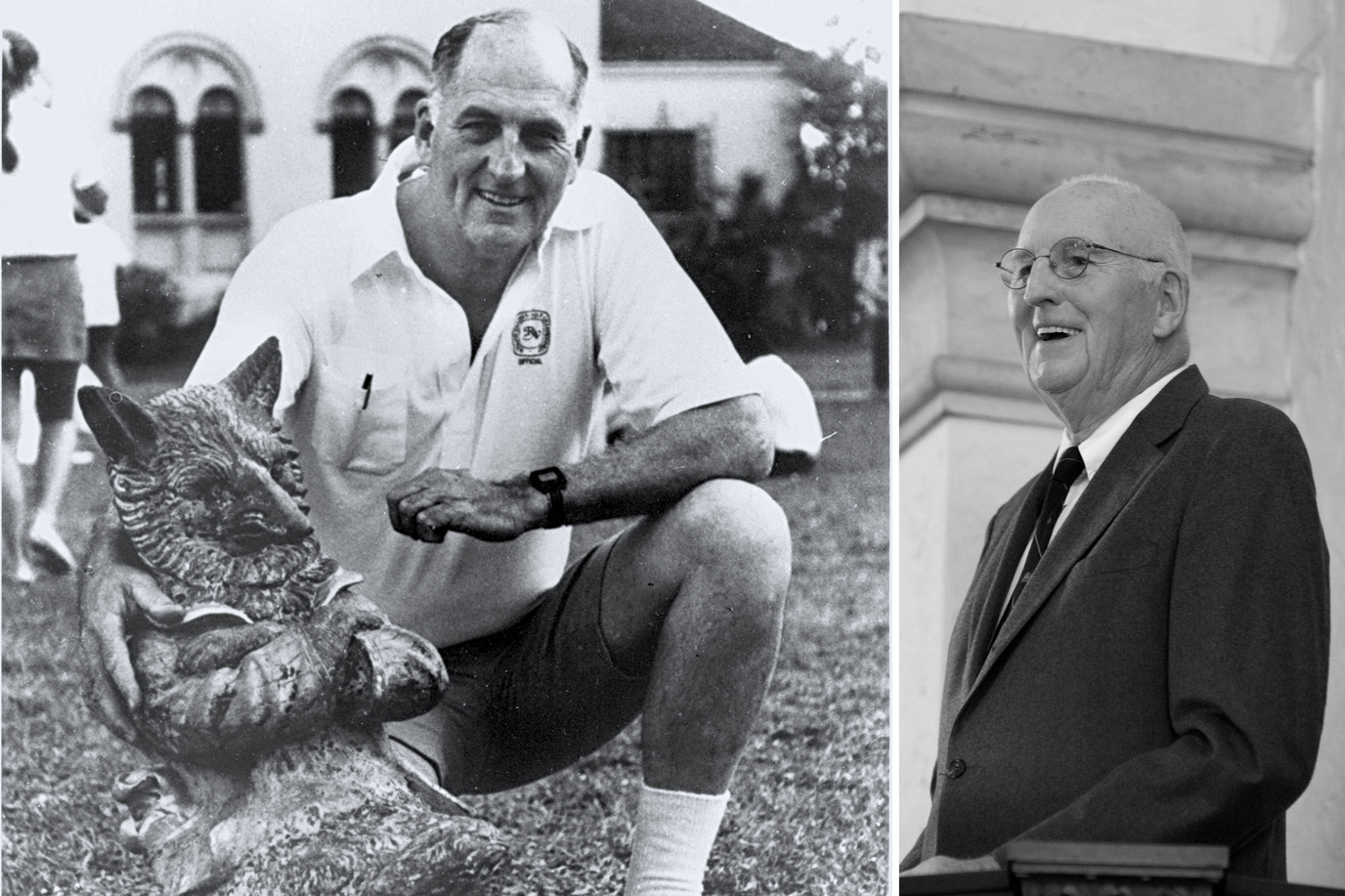 If you’re looking forward to the annual holiday known as Fox Day, you have President Emeritus Thad Seymour ’82HAL ’90H to thank for bringing it back from the land of the forgotten.

And if you think Fox Day is just an interlude for venting some pent-up, spring spirit, you should have heard how much it meant to Seymour in 1978.

“The world had grown so grim,” Seymour recalls of the years following the Vietnam War. “I thought we needed to cheer ourselves up.”

He had tried to create a similar, eccentric holiday dubbed Elmore Day while president of Wabash College in Indiana. But the professors there found it an imposition.

“The faculty hated it,” he recalls. “It was such an inconvenience to them.” But Seymour believed a carefree day had its place. “It’s a reminder,” he says, “that work is important, but friendship and fun are also.”

By the spring of 1978, Seymour had been named the 12th president of Rollins. But he was still on the job as president of Wabash when Fred Hicks, the interim Rollins leader, told him about Fox Day. Seymour could not resist the temptation to put it back on the calendar right then and there, even though he would not take office for a few more months.

That tradition of an unscheduled day off—picked at the whim of the Rollins president and signaled by the arrival of a statue of a bemused fox—began with President Hugh McKean in 1956.

Administrators cancelled Fox Day in 1970, however, when its lighthearted intent did not match the somber mood of a college worried about Vietnam. And after an absence of almost eight years, it was fading from campus memory. Seymour wanted it back. And it was personal.

Although the faculty at Wabash had failed to see the fun of disrupting their academic calendar, Seymour believed a disruption—or at least a pleasant distraction—was exactly what was called for when he created Elmore Day in 1972. It was named for James Buchanan Elmore, whom he termed “a wonderfully awful poet.” 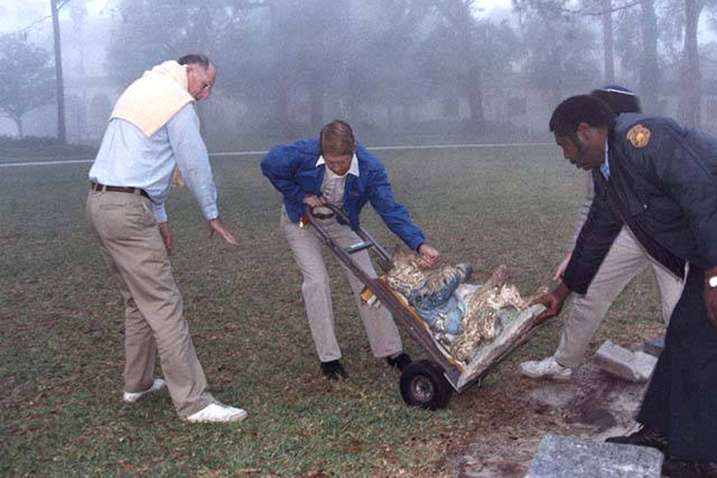 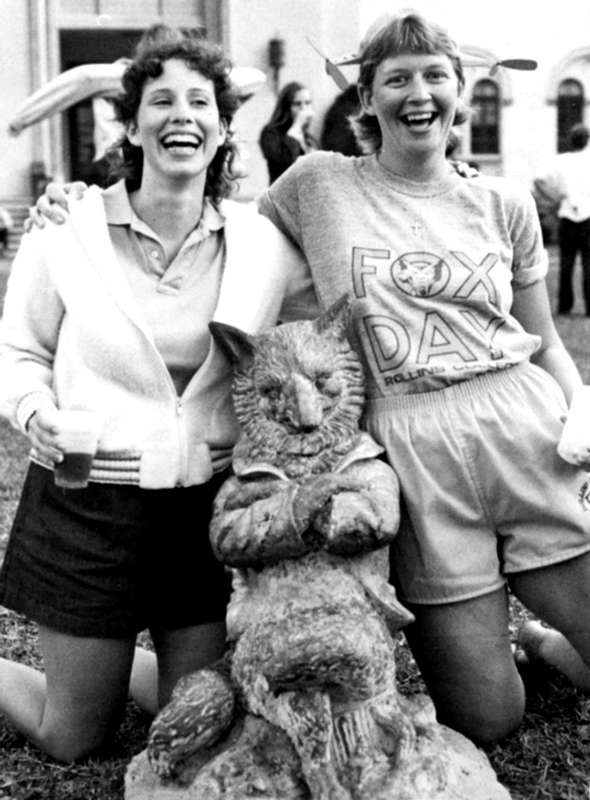 Born in 1857, the so-called the Bard of Alamo, Indiana, was known for his reflections on nature, including an ode to the sassafras plant, which celebrates its restorative powers with these lines:

In the spring of the year, when the blood is too thick,
there’s nothing so rare as a sassafras stick.
It strengthens the liver and cleans up the heart,
and to the whole system new life doth impart.
Sassafras, oh sassafras, thou art the stuff for me!
And in the spring I love to sing, sweet sassafras, of thee.

Seymour organized readings of the late poet’s works and led students on trips to lay flowers by his graveside. Given a chance to revive a similarly unconventional Fox Day in 1978, he not only pushed for it, he flew down to participate in the ceremonies.

While Fox Day gained favor, Elmore Day headed to extinction. When Seymour left Wabash, the faculty met to address college priorities. “Their first order of business,” he says, “was to revoke Elmore Day.”

Still, the new Rollins president would not let his former faculty forget it so easily. Finding an obscure verse penned by the Hoosier poet about the joys of the sunny South, he worked it into one of his Fox Day proclamations and sent copies to Wabash faculty members with a note: “Elmore lives!”

This year, Acting President Craig McAllaster will pick the day for Fox Day—the 38th since its revival and the 51st since its inception. And that makes Seymour happy. He has nostalgia for those times when he could enjoy a laugh about declaring Fox Day on April 1, so no one knew if it was a prank.

He also appreciated that his successor, Emerita President Rita Bornstein, used to send a copy of her Fox Day proclamations to his house. On occasion, he’d go over and catch a glimpse of the festivities. With all the academic work and entertainments competing for students’ attention, Seymour is not sure a comparable holiday could take root today.

“I was very lucky to serve when I did,” he says, “Things are so much more complicated now. But I was able to revive Fox Day, and that meant so much to me.”