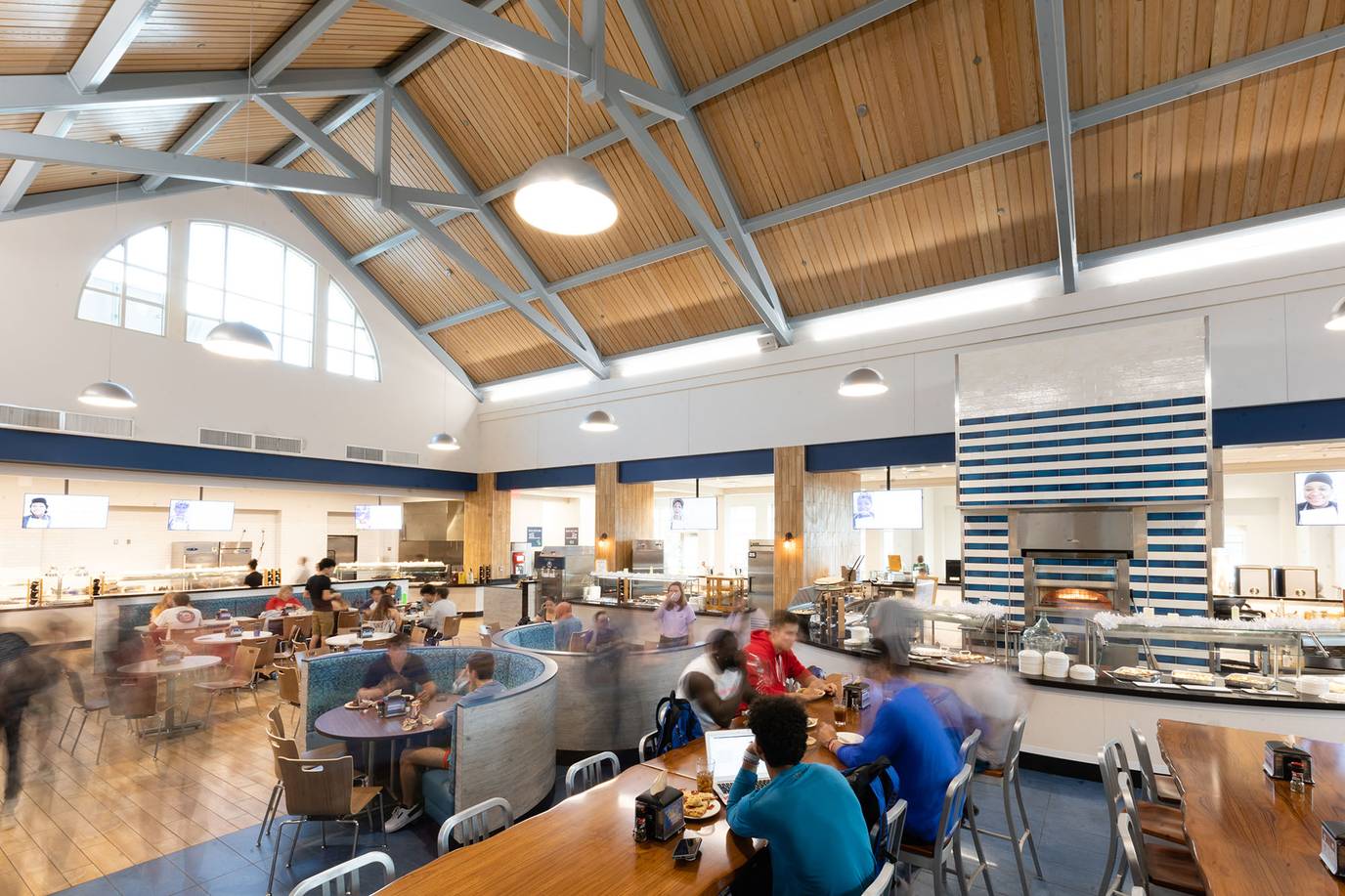 For the fifth year in a row, PETA has rated Rollins as one of the top schools in the nation for vegan dining on campus. This year’s A+ rating puts Rollins on PETA’s Dean’s List, a group of institutions that have accrued enough Vegan Report Card points to rank among the highest tier of PETA’s A-rated schools.

“Rollins Dining Services is so proud to receive an A+ rating on the PETA Vegan Report Card,” says Cristina Cabanilla, Rollins’ director of Dining Services. “Only eight colleges in Florida have received the A+ score, and Rollins College is part of this premium group.”

PETA compiles data from more than 1,400 campus dining programs at four-year colleges and universities across the U.S., including menus and student feedback. Schools are then evaluated on a number of criteria, such as the number of clearly labeled vegan items available at every meal, access to vegan alternatives such as non-dairy milks, and the presence of dedicated vegan dining stations. Since the report debuted in 2013, the number of college campuses offering vegan-friendly options has more than tripled. Rollins has consistently earned an A grade or higher from the annual survey since 2014.

Vegans should have no problem satisfying their hunger at any of Rollins’ on-campus dining locations. At the recently refurbished Skillman Dining Hall, students can enjoy delectable creations like vegan bolognese, tempeh schnitzel and braised cabbage, sweet and sour tofu, and much more. Dave’s Boathouse serves up Beyond Burgers and vegan milkshakes, and the College’s cafes offer a full range of vegan beverages.

“Every day, people are more conscious of what they put on their plates, and we noticed this is not an exception on this campus,” says Cabanilla. “We will continue to innovate and make sure we take dining at Rollins to the next level.”

In addition to supporting vegan members of the Rollins community, the push to include more vegan and vegetarian options is part of Rollins’ overall commitment to sustainability efforts. A recent report by the U.N.’s Intergovernmental Panel on Climate Change (IPCC) surmises that reducing global meat consumption could reduce carbon-dioxide emissions by 8 billion tons per year by 2050.

Sample campus cuisine and explore our array of dining locations on a campus tour.