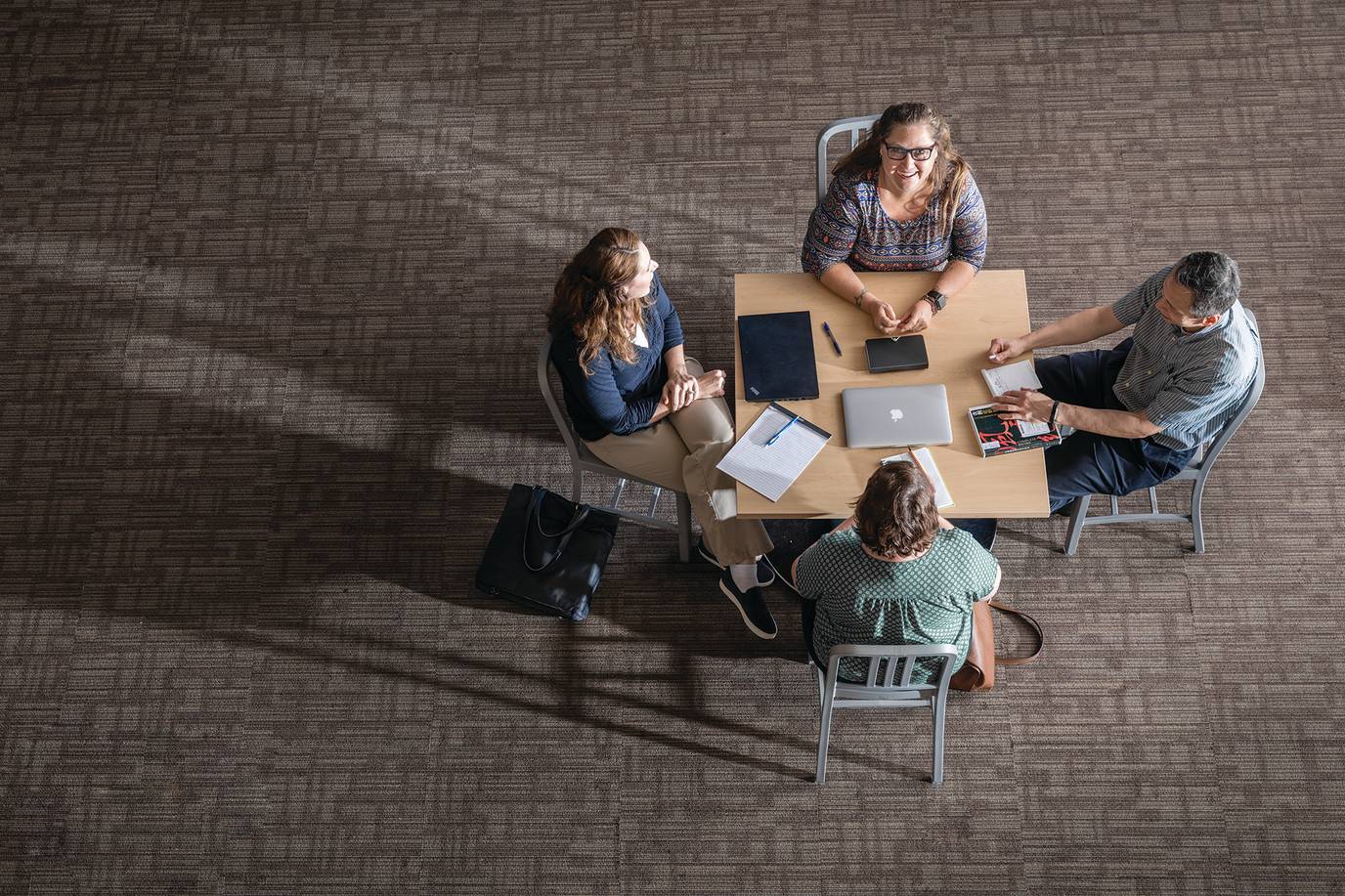 The newly launched Endeavor Center is helping Rollins build on its reputation as one of America’s best undergraduate teaching programs.

Tucked away in cozy Room 209 of Olin Library, Nancy Chick is part counselor, part tennis coach to the pros. At least those are the figurative hats she wears directing the Endeavor Foundation Center for Faculty Development.

“The people who come in here, usually it’s something like, ‘My game is fine, but I want to strengthen my backhand or serve,” says Chick, who holds a PhD in English and specializes in the scholarship of teaching and learning (SOTL). “There are days in my office when there are tears, there are days where there’s laughter, and every day there’s earnest conversation.”

U.S. News & World Report ranks Rollins fifth among nearly 150 universities in the South for best undergraduate teaching programs, and the Endeavor Center plays a key role in sustaining that success. It’s the campus hub for empowering faculty to maintain meaningful professional lives and productive careers, and to practice teaching inspired by the liberal arts ethos and the principles of excellence, innovation, and community.

Supported by an endowment from the Endeavor Foundation—established in 1952 in New York—the Center came to Rollins in the 1990s and was originally called the Christian A. Johnson Institute for Effective Teaching. When Chick was hired in July 2018 from the University of Calgary, the Endeavor Center relaunched under its current name.

“I have a table with four chairs and a door that closes,” says Chick about her office in Olin that doubles as the Endeavor Center. “We have tons of books and stacks where, if something comes up in a conversation, I’ll give away a book. We’ll do workshops and book clubs and weeklong institutes, but mostly it’s about one-on-one conversations.”

Anthropology professor Rachel Newcomb, the Diane and Michael Maher Chair of Distinguished Teaching, works with Chick to enhance faculty development programming. “We’ve been collaborating on lunch-and-learn sessions and other workshops,” says Chick. “She brings her knowledge of specific needs from the faculty, and we develop activities based on those.”

In the spirit of Rollins’ integrated approach to educating students, the Endeavor Center partners with its campus colleagues to support all faculty in the inextricably interwoven aspects of teaching, scholarship, and service. Discussions often focus on the role of research and writing, especially in the context of a liberal arts setting.

Day in the Life

“It’s just heaven,” says Chick of her new role. “I think I might have the best job on campus. I get to work with amazing faculty, I’m surrounded by really great people, and the students are so dedicated. I walk into that building and it’s just full of students. There’s a good spirit there.”

To start the spring semester, the Endeavor Center held an intersession (think orientation part two) for new faculty. They spent four days talking about everything from the kind of research they love and mapping the road to tenure to the service they can contribute to campus. Up next for the group: lunch and conversations every other week.