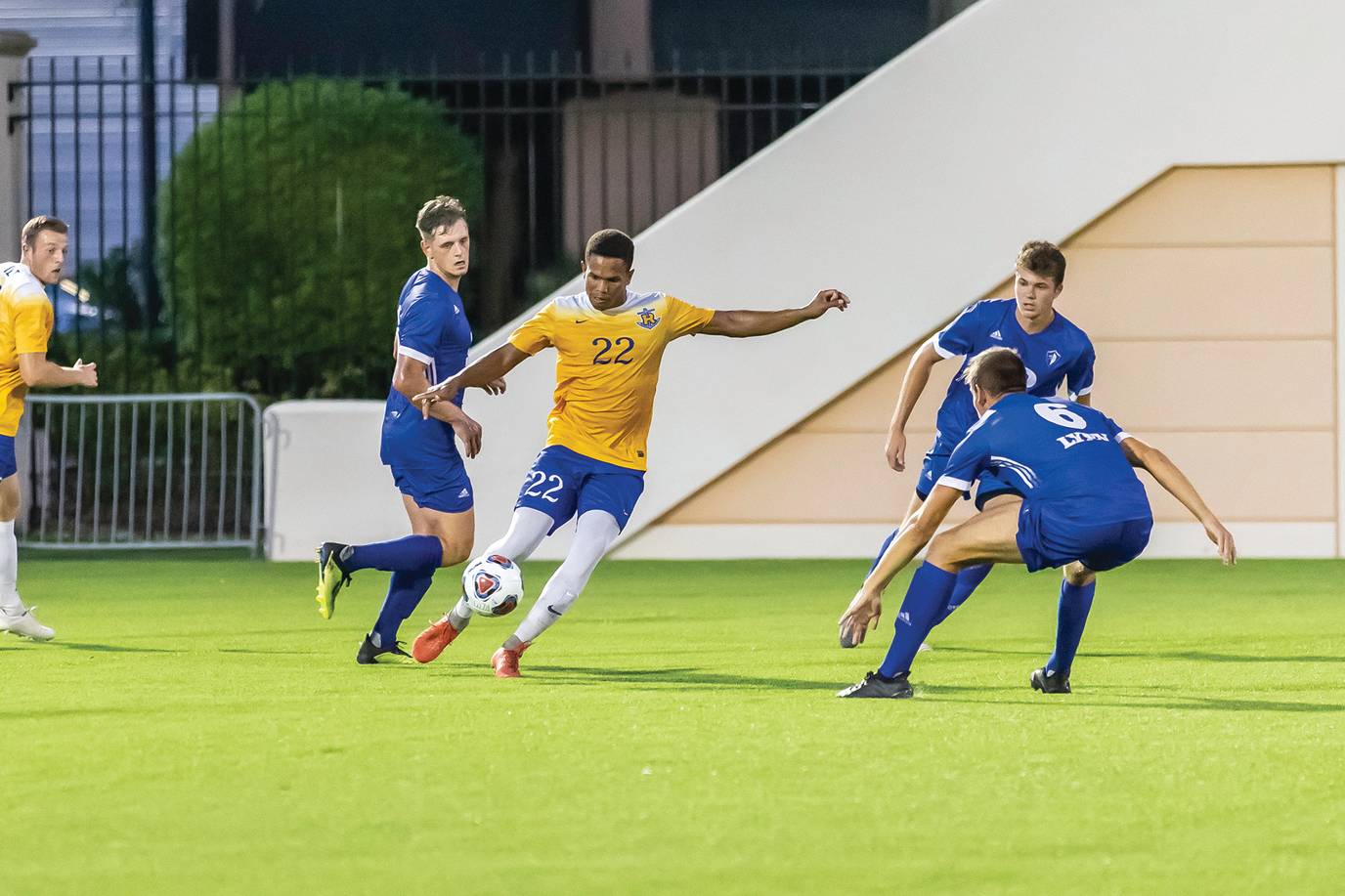 The Tars tie for the top GPA in the country among all NCAA men’s soccer teams during the 2017-18 academic year.

“Rollins is committed to the entire student-athlete experience, which has been recognized by our peers and competitors,” says Pennie Parker, Rollins’ director of athletics. “I am proud of our student-athletes and coaches for their efforts both in the classroom and on the field. These awards highlight our commitment to educating the whole student-athlete and providing the premier academic and athletic experience.”

Out of a total of 782 soccer teams that were recognized for academic achievement, Rollins tied with Middlebury University for the highest in the country.

Rollins has a long history of athletic and academic excellence. Rollins’ 23 varsity sports teams have won 23 national championships and 91 Sunshine State Conference Championships, and the College has earned the Division II President’s Award for Academic Excellence for seven consecutive years. Rollins student-athletes have posted a cumulative GPA above 3.0 for more than 30 straight semesters.

Fans can follow Tars soccer all season long with live audio and video on the Tars Sports Network at RollinsSports.com, where the latest news, updates, and information on the Rollins soccer teams can also be accessed. Fans can also stay up to date on the latest #TARnation news by following Rollins Sports on Facebook, Twitter, and Instagram.