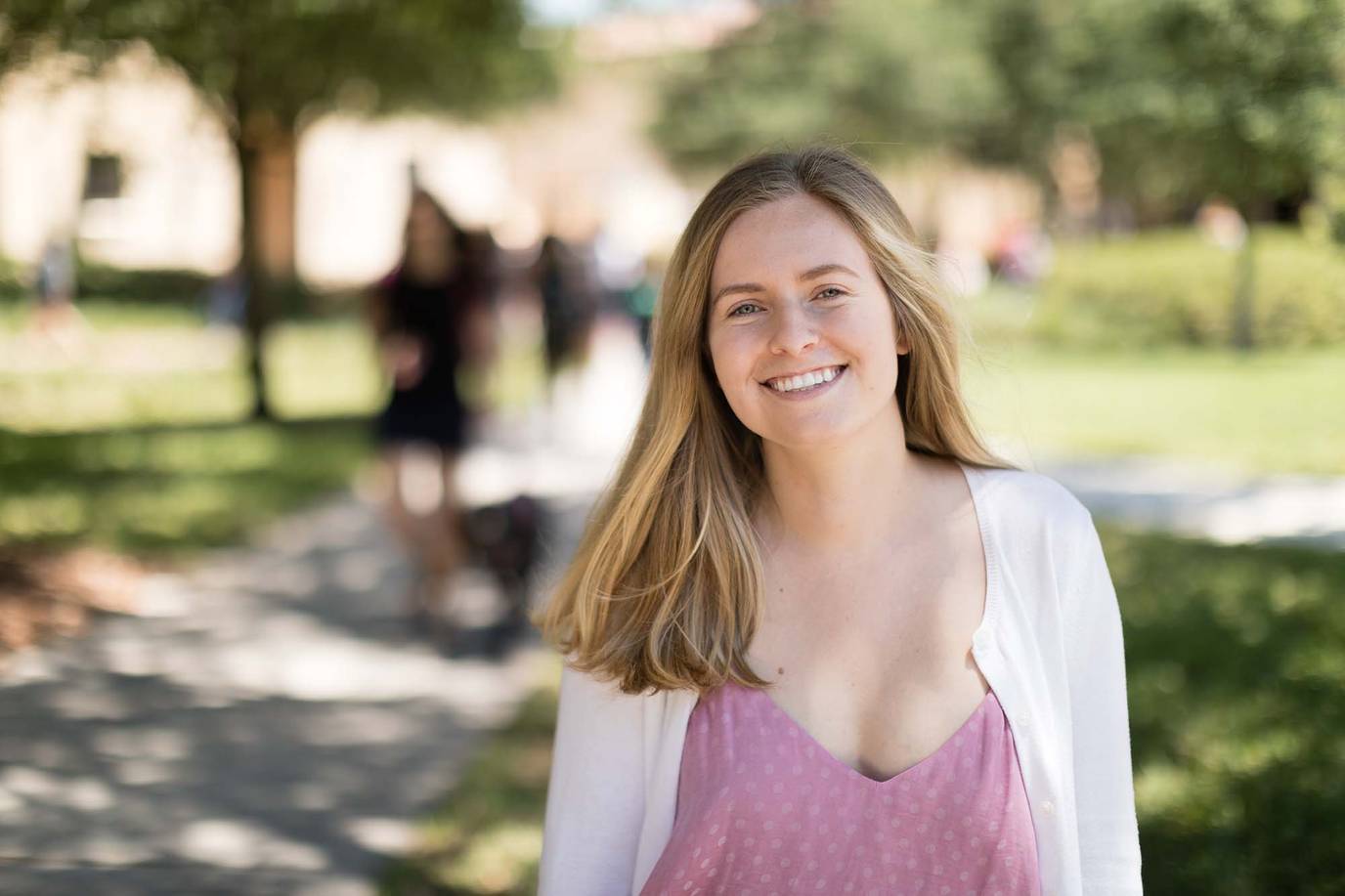 Kate Knight ’19 was a study abroad superstar during her time at Rollins. Now, she has earned a 2021 Payne Fellowship to help make her dream of working in the Foreign Service a reality.

Kate Knight ’19 has earned a 2021 Payne Fellowship, the premier graduate fellowship for those looking to make a career in the Foreign Service of the U.S. for International Development (USAID). She is one of just 15 recipients to receive this year’s honor, which provides funding of up to $48,000 annually toward the cost of graduate school, as well as mentorship and professional development opportunities.

Knight graduated from Rollins with a degree in international relations, focusing on the Middle East and North Africa, and most recently, she has been serving as a research intern at Fikra Forum, an initiative of the Washington Institute for Near East Policy.

At Rollins, Knight sat on the committee for the College’s Refugee in Residence program, which provided housing to a family fleeing civil war in their home country of Colombia. She worked with the family of four as they learned English. That experience sparked an interest in education within conflict and humanitarian response.

During her time at Rollins, Knight studied abroad a whopping seven times through multiple summer programs, including the Dominican Republic, Tanzania, a summer in Morocco as a recipient of the Department of State’s Critical Language Scholarship, and a semester in Jordan as a Fulbright Scholar. She speaks fluent Arabic and has studied Mandarin and Swahili.

Knight worked with fellow Rollins graduates Avani Mooljee ’16, who received a Payne Fellowship in 2019, and Shannon Brown ’10, who was awarded a Pickering Fellowship in 2008, to prepare for the strident interview process. Applicants to the program submit multiple personal and experiential essays, participate in three stages of interviews, and complete a series of group exercises.

“My ultimate goal has always been to join the Foreign Service,” says Knight. “I owe a lot of thanks to my mentors at Rollins—Dr. Jayashree Shivamoggi in the Office of External & Competitive Scholarship Advisement and Meredith Hein from the Center for Leadership & Community Engagement. I also ended up taking Middle East Culture with Rachel Newcomb early on at Rollins, and that inspired me to focus on learning Arabic and studying abroad in Jordan.”

Knight served as a site leader for political science professor Dan Chong’s field study to Tanzania in 2017 after she spent the previous summer in Zanzibar teaching English. She also participated in Rollins’ Student-Faculty Collaborative Research Scholarship Program gathering data on access to early education in Uganda and Rwanda alongside psychology professor Sharon Carnahan.

“I conducted about 60 interviews with students, teachers, and members of the community along Lake Bunyonyi in Uganda,” recalls Knight, “collecting information on nursery programs and their efficacy that formed the basis for an early education summit Dr. Carnahan held in the community five months later.”

Knight is currently applying to graduate programs in international and global affairs, and she hopes to ultimately enter the Foreign Service under the education branch.