From Rollins to Hollywood 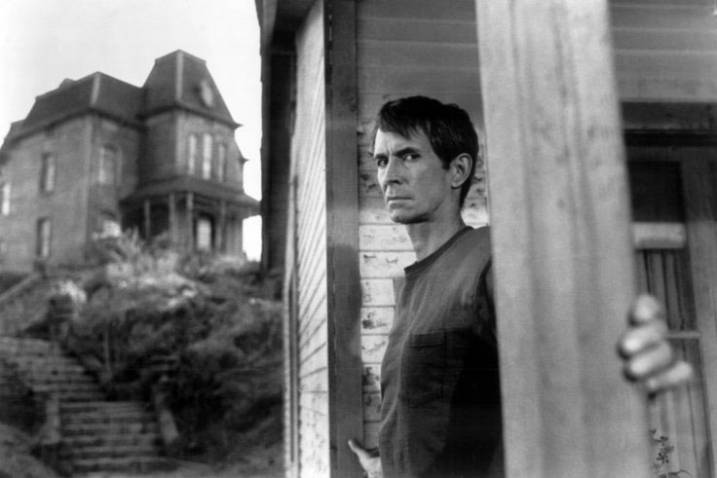 Oscar-nominated actor and star of Hitchock’s Psycho, Anthony Perkins ’54 hitchhiked from Rollins to Hollywood to land his first role.

Anthony Perkins ’54 was in school at Rollins College when he happened to read in The New York Times that MGM bought a play called Years Ago by Ruth Gorden. One summer in a little theater in Delaware, Perkins had played the role of the boy in Years Ago.

The Times said MGM was going to make the play into a movie. Perkins knew MGM had hundreds of actors under contract. But he got it in his head that the mammoth studio would consider him more seriously for the part of the boy in their movie than they would their contract players. After all, he’d already done the role.

“It seems an absurd thing to think,” says Perkins. “But nevertheless, I did think it.”

So the 18-year-old Perkins, son of character actor Osgood Perkins who appeared in the 1932 version of Scarface, hitchhiked from Rollins College to Hollywood, California to present his case to “The Powers That Be” at MGM.

Somewhat astonished at Perkins’ audacious presentation of himself, “The Powers That Be” were not as cooperative as the young actor had hoped. They did not grant Anthony Perkins a screen test. They did, however, give him an opportunity to appear as a foil for a young actress who was under contract to MGM. She was screen testing for the title role in The Actress, MGM’s screen version of Years Ago. The test consisted primarily of shots of the back of Perkins’s head and glowing close-ups of the aspiring starlet.

“After I was in Hollywood for several weeks and saw how big and important the MGM studio was and how many people they had under contract,” recalls Perkins, “it seemed to me no longer reasonable and logical that they would ever offer me the role.” So Perkins returned to Rollins to continue his studies.

“Six months later, to the day, I think, I received a very courteous letter from MGM saying, ‘Please report for costume test.’ I thought someone was kidding me. My part of the film was to be shot during the last part of December and the first part of January, which happened to fall exactly during Christmas vacation from college. So I sped up my work. I explained to my instructors, who really didn’t believe me but thought that it was a hell of a good lie (no one had ever come up with anything like that before), ‘Please, sir, can I have my final examinations a week early because I have to go to Hollywood to be in a movie . . .’ ”

That was the beginning. Perkins made his acting debut in The Actress, with Jean Simmons and Spencer Tracy, under the direction of George Cukor. Not a bad start. He decided he’d better go to New York to try his hand at this acting thing.

New York, it turned out, was a good decision. Perkins landed a role in Elia Kazan’s Broadway production of Tea and Sympathy. The young actor was beginning to be noticed for his deeply sensitive characterizations. He was soon after cast as Gary Cooper’s son in Friendly Persuasion, and as a disturbed baseball player in Fear Strikes Out. Other early films were Eugene O’Neill’s Desire Under the Elms, Green Mansions, Thorton Wilder’s The Matchmaker, and Tall Story, in which he co-starred with Jane Fonda in her film debut.

“I’m rather an off type for pictures,” Perkins explains. “I’m not really the standard anything. I won’t say that you could line up four or five other actors and say that I belong to their types. Of course, that has certain advantages and disadvantages.”

One advantage was that Alfred Hitchcock was looking for an “off type” to star as the schizophrenic killer, Norman Bates, in his 1959 classic thriller, Psycho. He had Perkins in mind for the role, and even used the actor as bait to hook screenplay writer Joseph Stephano into participating in the controversial project.

“I told Hitchcock I couldn’t really get involved with Norman, this man in his 40s who’s a drunk and peeps through holes,” said Stephano. “Hitchcock asked me, ‘How would you feel if Norman were played by Anthony Perkins?’ I said, ‘Now you’re talking.’ I suddenly saw a tender, vulnerable young man you could feel incredibly sorry for.”

Perkins himself became deeply involved in the character he was portraying in Psycho. Even Hitchcock was disarmed at Perkins’s obvious fascination for the project. The actor recalls, “Even as the first day proceeded, I could see Hitchcock wanted to know what I thought and what I wanted to do. I was really very surprised by this. I kind of tentatively made some small suggestions about something I might do, and he said, ‘Do it.’ It was my idea that I should eat candy throughout the film. I thought it would be more interesting if the killer were a compulsive candy eater.”

After Psycho, there was no stopping Perkins. The actor went on to win Cannes International Film Festival’s best actor award for his role with Ingrid Bergman in Goodbye Again. He starred in Phaedra, Pretty Poison, Catch-22, The Life and Times of Judge Roy Bean, Play It As It Lays, Murder on the Orient Express, The Black Hole, Folks, Mahogany, Remember My Name, in which he starred with his wife, Berry Berenson, Double Negative, and Ken Russell’s Crimes of Passion.

Perkins’ television credits include Les Miserables and First You Cry with Mary Tyler Moore. On stage, he starred in the Frank Loesser musical Greenwillow, for which Hitchcock granted him a week’s hiatus from shooting Psycho because he wasn’t needed for part of the shower scene. Additional stage credits include Look Homeward Angel, Steambath, which he also directed, Equus, and more recently, Romantic Comedy. He also collaborated with Stephen Sondheim on the screenplay for the complex suspense film The Last of Sheila.

In 1986, Perkins brought Norman Bates back to life by directing and starring in Psycho II. Many critics felt this version was the most horrifyingly tantalizing of them all, a fact that had worried Universal Studio corporate folk at first.

“The nervier,” laughs Perkins, “the better. I told the studio people, ‘It’s important that we be nervous about something.’ If it’s so ironed out, so ordinary, then the movie will just sit there. After all, it’s not as if we were saying this is Heidi Goes to Norway. It’s Psycho, and that’s fair game for those who want to see a horror film.’ ”

Anthony Perkins passed away on September 12, 1992.

Reprinted from the summer 1987 issue of Rollins Alumni Record.

Go behind the scenes of the Annie Russell Theatre, and find out what it’s like to perform on its iconic stage.