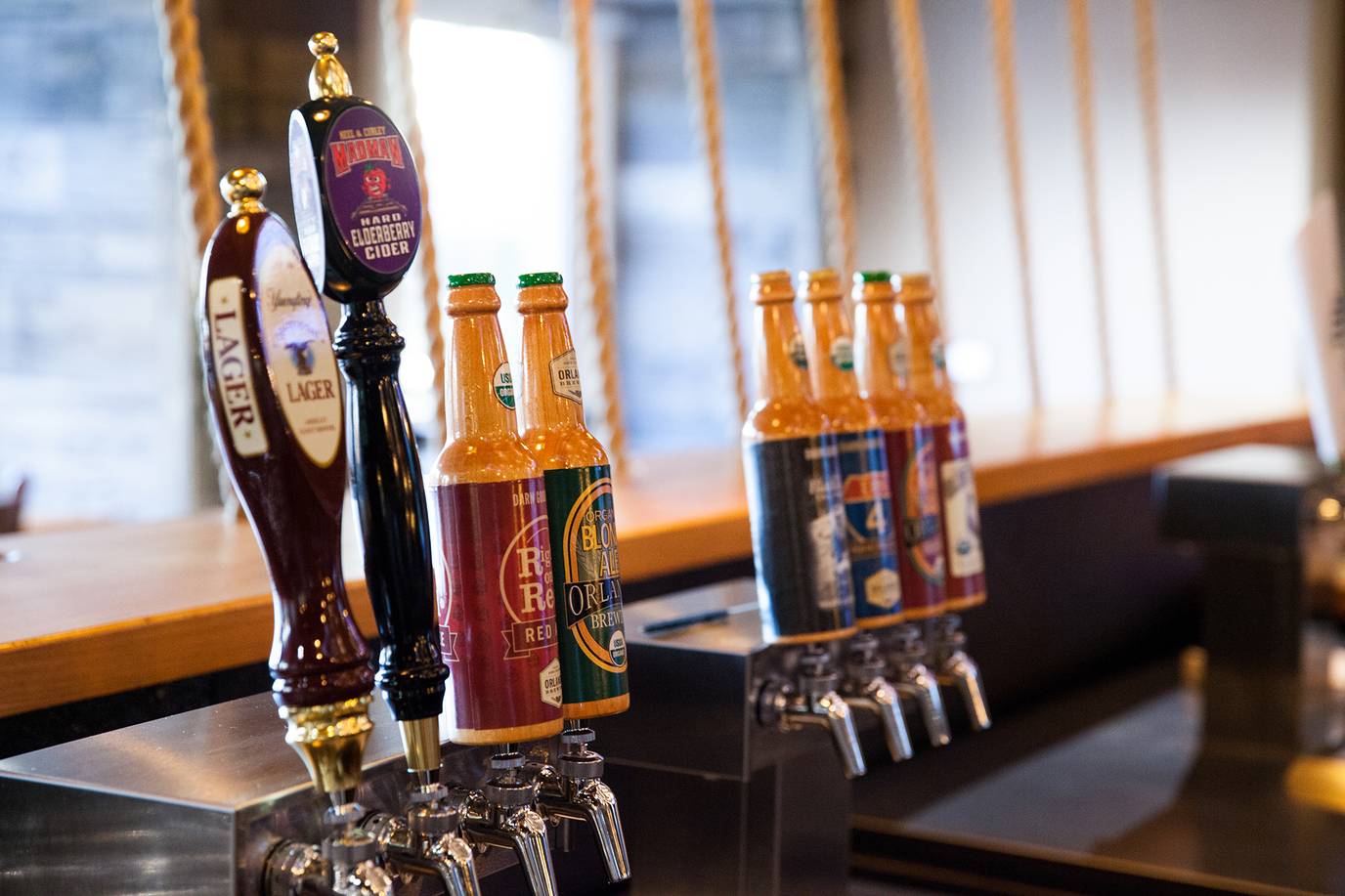 Students today might find this hard to imagine, but grabbing a drink with your professor used to be a popular pastime on campus.

In fact, from 1974 to 1986, Rollins operated a pub in the basement of the old student center (now the bookstore). Known as the Tar Pit, it was a favorite gathering place for students, faculty, and staff.

Best of all, the pub gave students a responsible, adult experience that allowed them to bond with teachers outside the classroom, according to Kenneth Curry Professor of Literature Maurice “Socky” O’Sullivan.

“I actually think one of the great losses was when Rollins closed down the Tar Pit,” O’Sullivan told the College’s oral history project in 2010. “It was a wonderful place. When I first came [to Rollins], I met students there. People would go there, many of them didn’t drink, but they would go there … have a pitcher of beer or a Coke, sit around the table. Students would come up and talk, and there was a sense of interaction.”

When Florida’s legal drinking age rose to 21, the pub shut down, closing a unique chapter in Rollins’ history.

A New Generation Takes Up the Cause

Frelinghuysen presented a proposal to the SGA, whose leaders suggested he form a committee to attract support.

“When I announced the ‘Pub Committee,’” he says, “the room erupted with laughter and thought it was a joke. The SGA president at the time, my close friend Robert Salmeron ’15, pulled me aside and said, ‘If we are going to do this, we have to present it as a way to make better use of student space, rather than coming across as some dudes who want to drink in the campus center.’”

From there, the Facilities Renovation Committee was formed, and its members began researching opportunities to reinvent underutilized areas. Meanwhile, they gathered student input on the pub plan (which was overwhelmingly positive) and presented their case to the Alcohol and Tobacco Task Force, a group of students, faculty, and staff that examined similar set-ups at schools across the country. 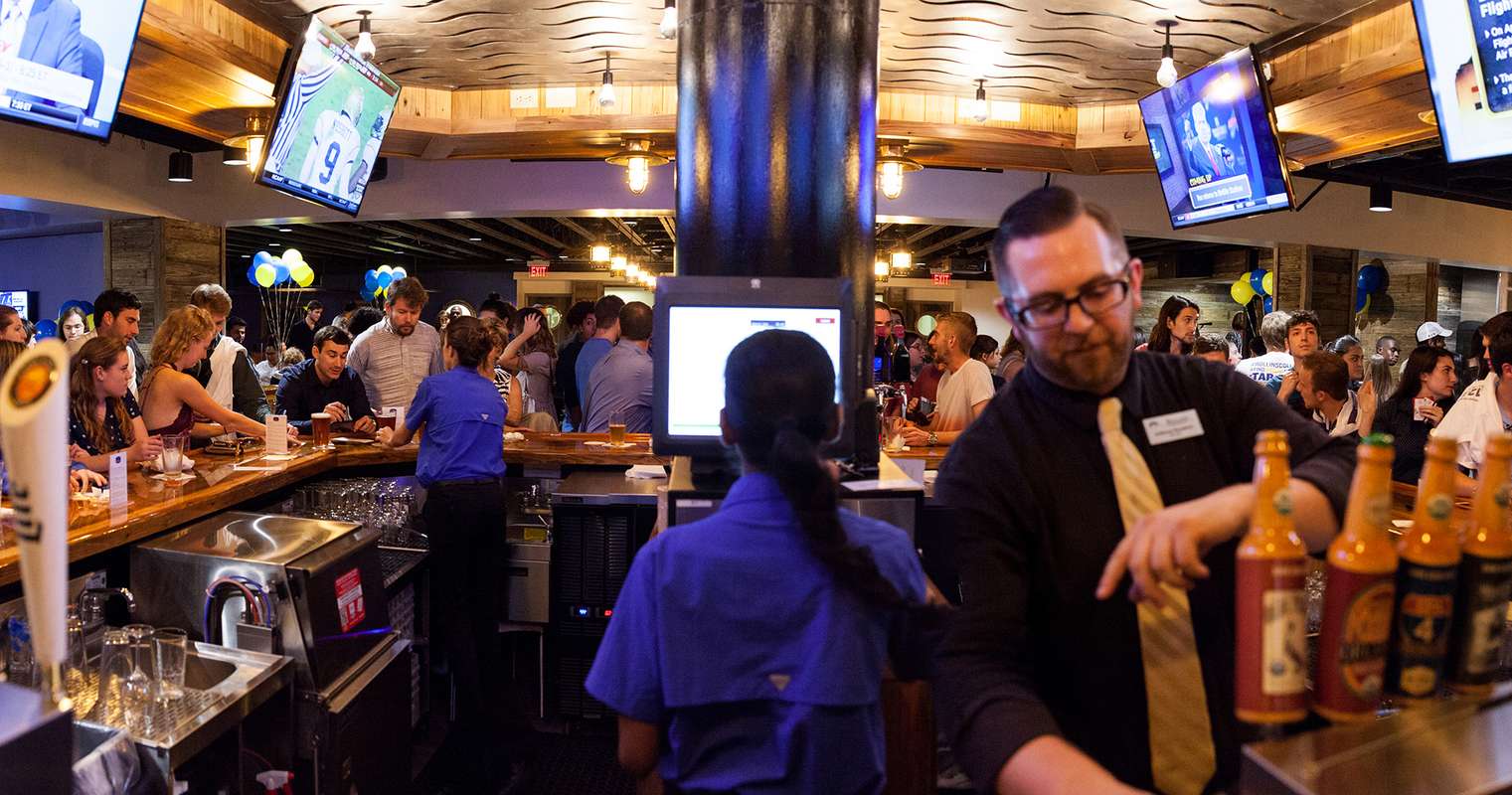 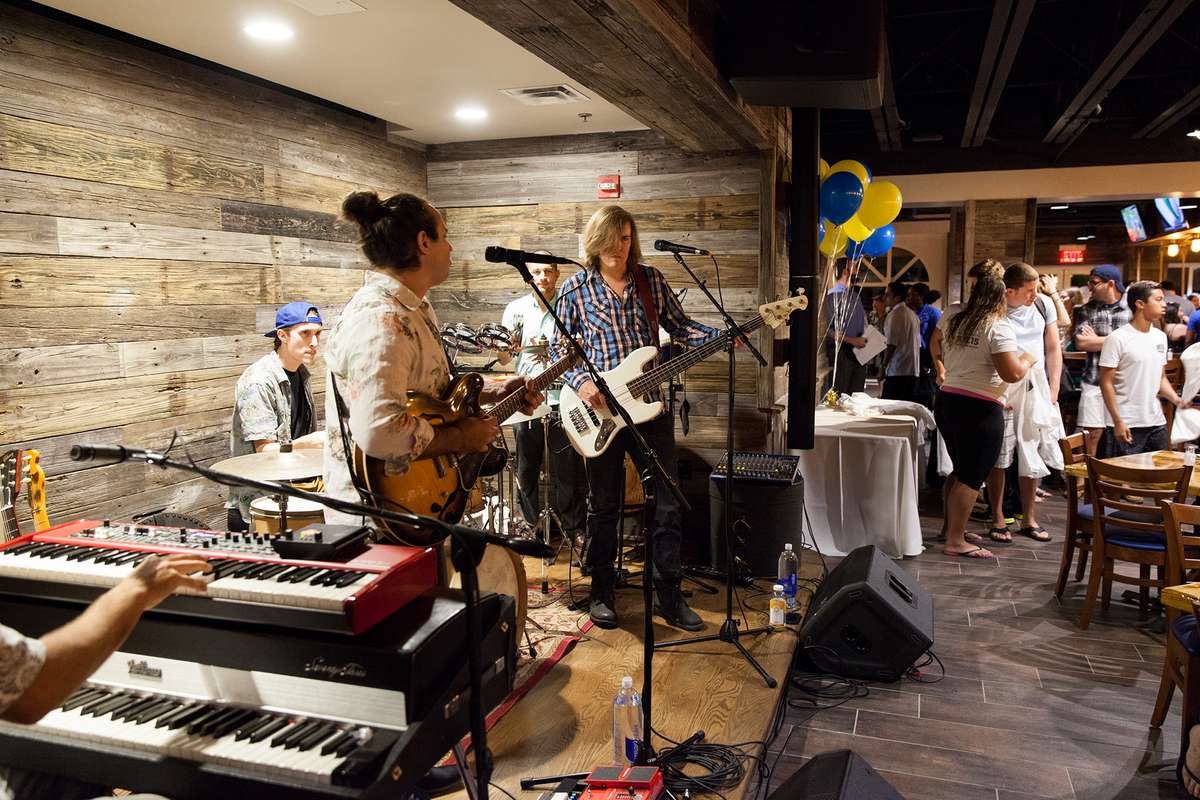 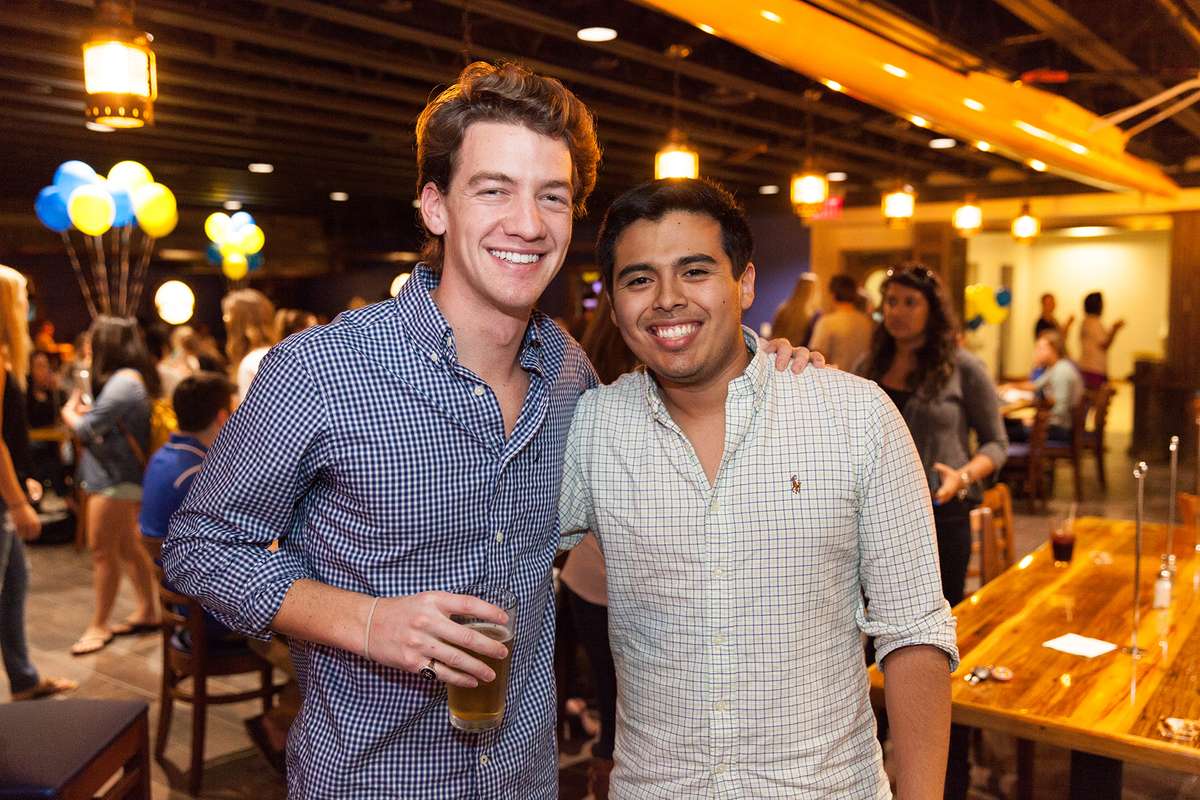 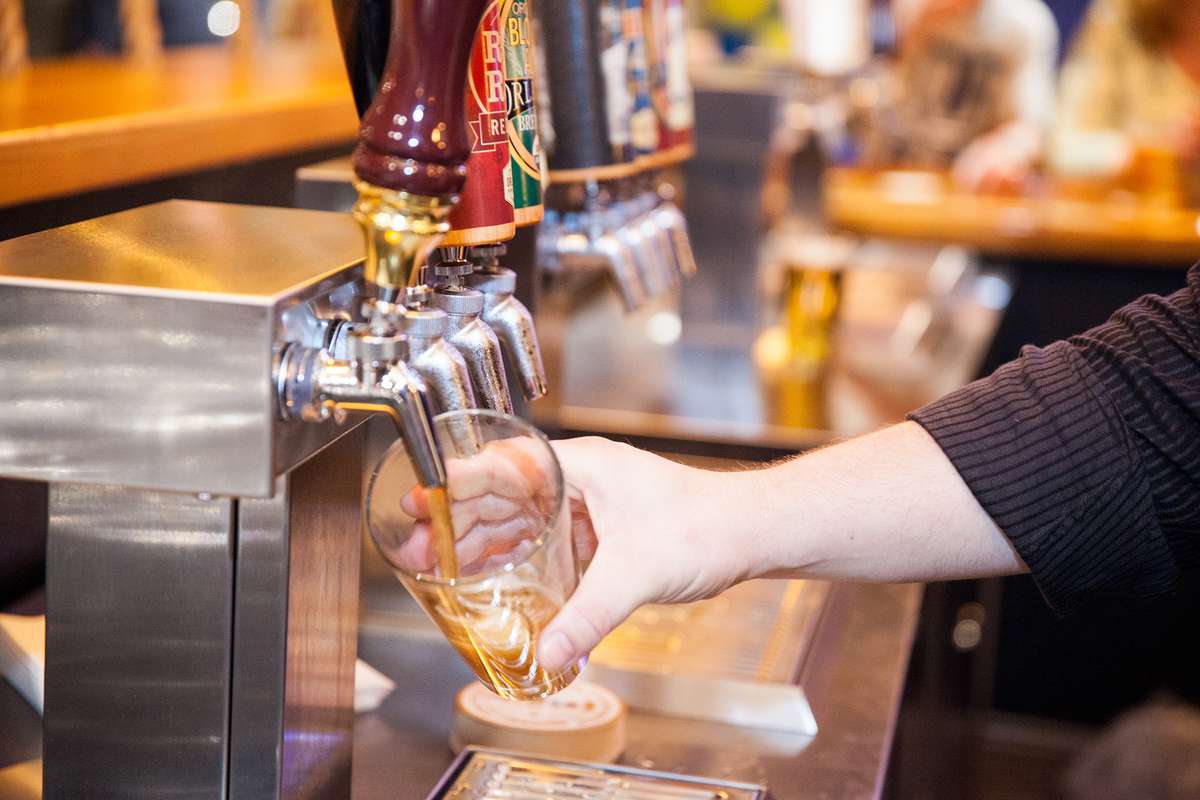 For Salmeron, opening a “party pub” was not the goal. He was more concerned with creating a central point on campus that students would enjoy. “I sincerely hope the space becomes a unifying area where student spirit can continue to grow and where many memories can be created for current and future Tars,” he says.

Named after David H. Lord ’69 ’71MBA, current chairman of the College’s Board of Trustees, Dave’s Boathouse is designed with an open floor plan that can seat up to 180 and accommodate everything from live music and career fairs to standup comics and poetry readings.

The décor features a “nautical Rollins” theme, with artwork, photos, and iconic images that celebrate the College’s best traditions. The atmosphere is semi-full service casual, with patrons placing an order and runners delivering it to their booth, crew table, bar top, or sofa.

Patrons can choose from a variety of traditional fare and signature items like a handcrafted “Rollins burger,” beer cheese soup, and clams on Spanish chorizo in citrus-flavored beer broth. Salad, pasta, grilled items, and sustainable seafood from Port Canaveral are on rotation, and the beef—a thick, special blend full of texture and flavor—is grass-fed and never frozen.

On tap are seven beers—six craft, one of which will be seasonal, and one gluten-free hard cider—and one non-alcoholic root beer that range from $6 to $9 for a 16-ounce mug. A panel from the College traveled to Orlando Brewing—a local, certified organic brewer—for a taste test to determine which styles made the cut. Each semester, the pub will select one of Orlando Brewing’s seasonal beers as well. 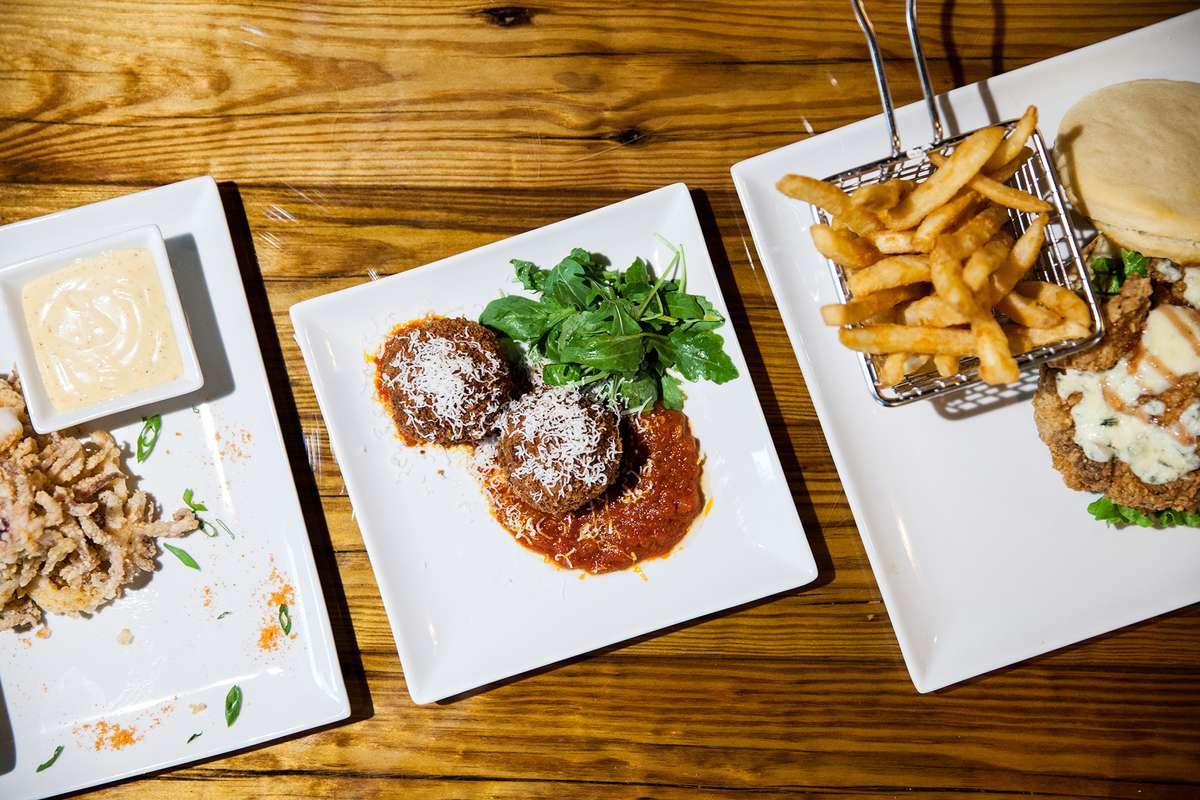 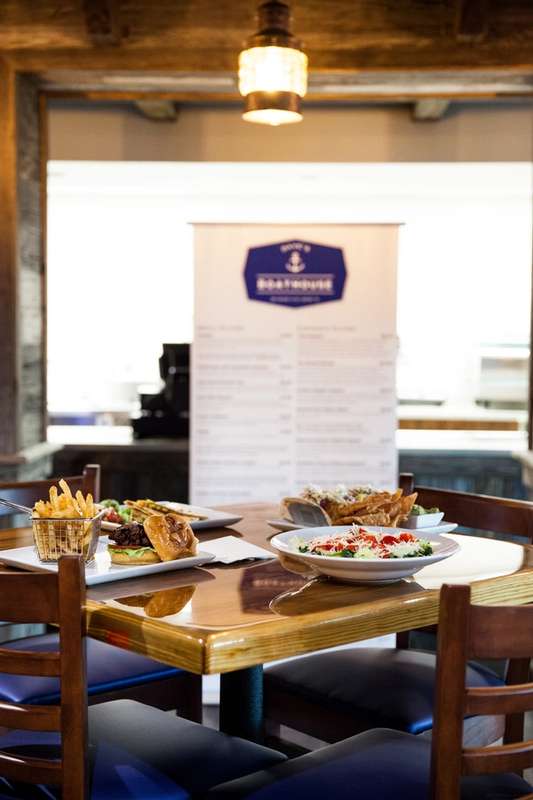 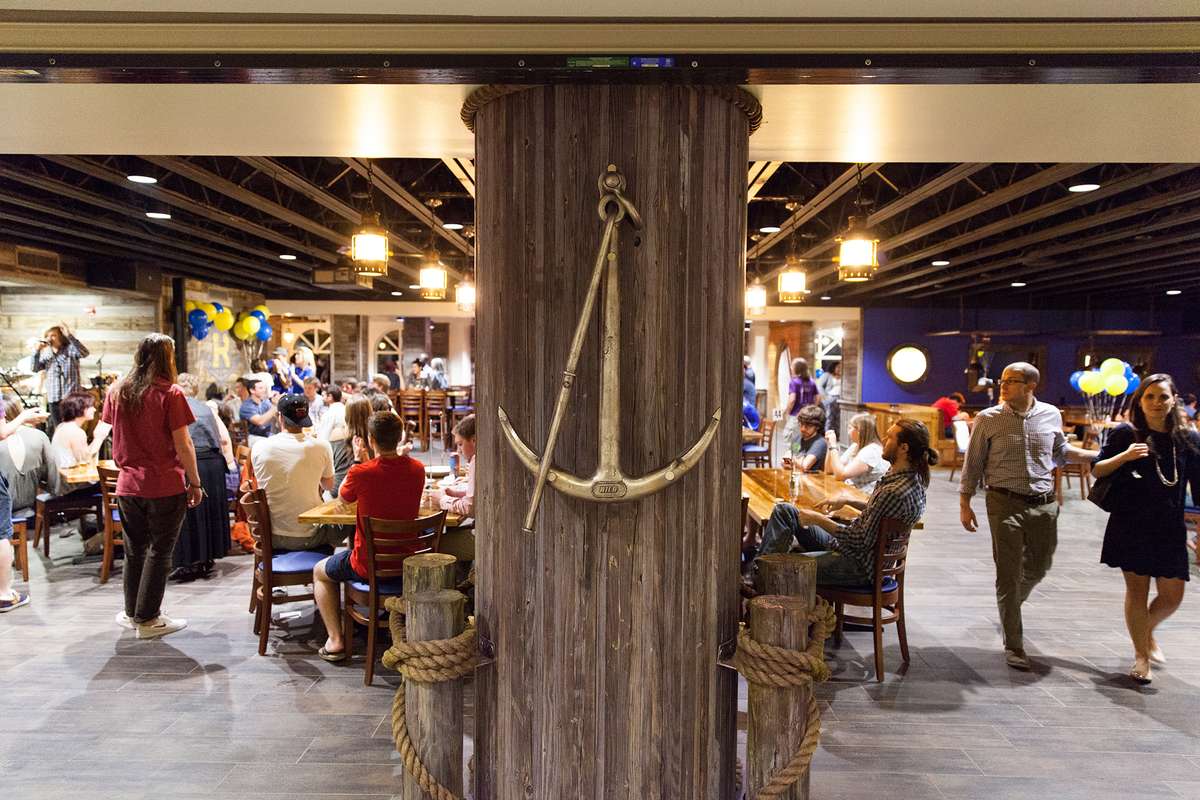 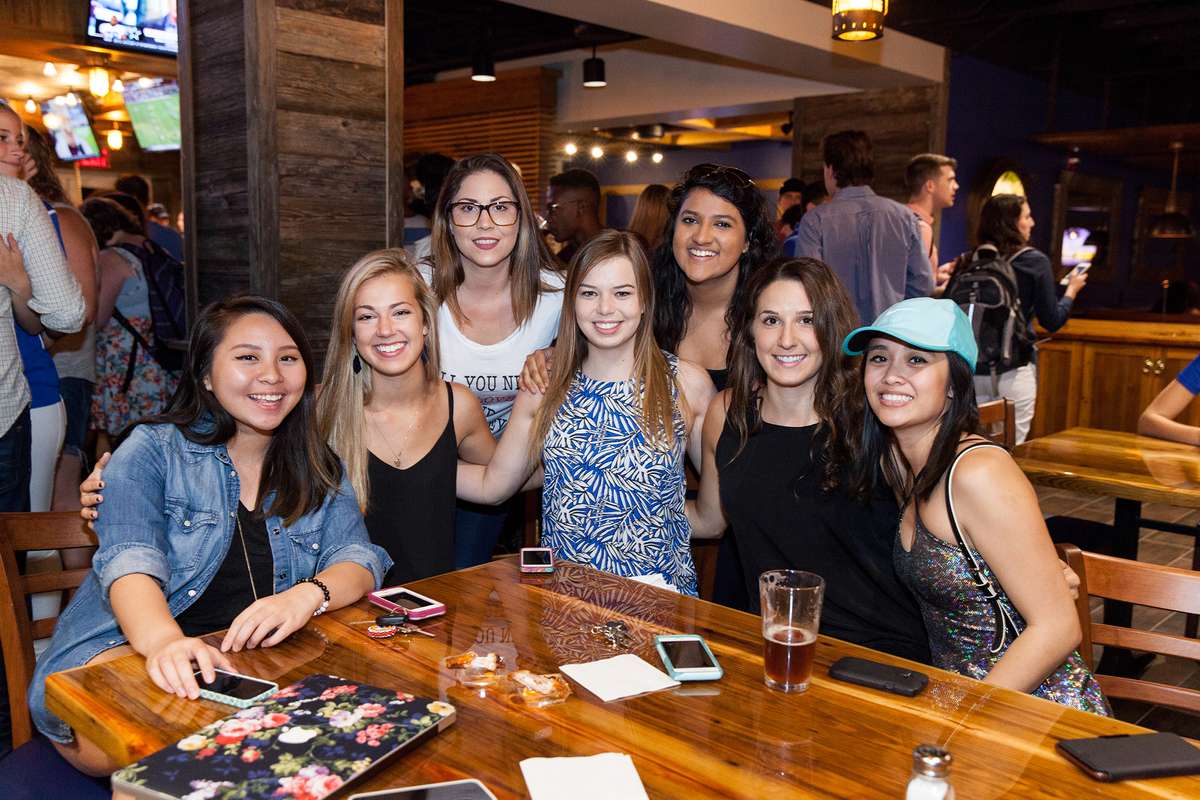 No liquor will be served. As for wine, that will only be on tap too—no bottles.

“Wine on tap is a new trend,” says Gustavo Vasconez, general manager of Sodexo Campus Services. “It’s not the traditional flavor you have when you open a bottle. It’s more refreshing and very, very different.”

Orlando’s Quantum Leap Winery, which bills itself as Florida’s only sustainable winery, is supplying the reds and whites for $4.50 to $8.50 a glass.

Dave’s Boathouse will be open seven days a week, 11 a.m. to 2 a.m., while school is in session. Alcohol will be served after 1 p.m. on Saturdays and Sundays, after 5 p.m. on Thursdays and Fridays, and after 7 p.m. every other day. All ages are allowed, but the drinking age, of course, remains 21.

Location: Ground floor, Cornell Campus Center (in the old Dave’s DownUnder).
Style: Semi-full service, pub-style restaurant designed in a nautical theme.
Hours: 11 a.m. to 2 p.m. daily when school is in session. Alcohol will be served after 1 p.m. on Saturdays and Sundays, after 5 p.m. on Thursdays and Fridays, and after 7 p.m. every other day.
Menu: Fresh burgers, seafood, salad, soup, and grilled items. Beer and wine on tap.
Beer: Six craft beers, one hard cider, and one non-alcoholic root beer.
Wine: Four to six selections from Orlando’s Quantum Leap Winery.
Capacity: 180
Cost: $1.8 million
Full-time jobs created: 17
For more information: See a preview of the menu.