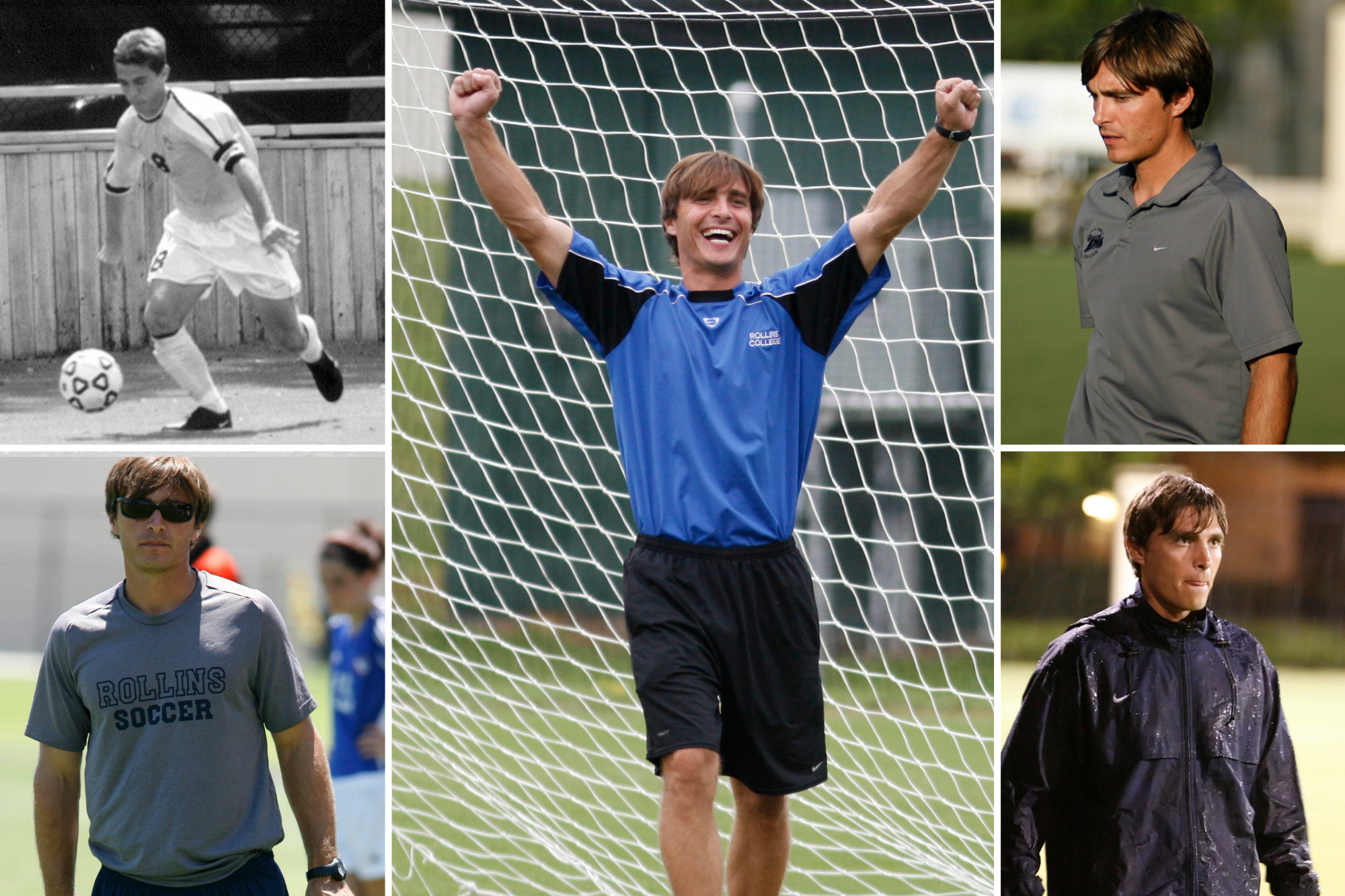 Tony Amato ’00 has been named head coach of women’s soccer at the University of Florida. The appointment is preceded by over two decades of success on and off the field for Amato, who began his collegiate career at Rollins and would go on to become the winningest coach in the history of the College’s women’s soccer team.

During his time as a Tar, Amato was the first Rollins student to be named Sunshine State Conference (SSC) Player of the Year. He was also recognized as an Academic All-American by the College Sports Information Directors of America (CoSIDA). His record of 41 goals, 26 assists, and 108 points still stands among Rollins’ career top 10.

After graduation, Amato held head coaching positions at Rollins, Stephen F. Austin, and most recently the University of Arizona. As head coach of Rollins women’s soccer from 2003-2010, Amato led the women’s soccer team to SSC championships in 2008 and 2009 and a SSC Tournament championship in 2009. Under his leadership, 14 players claimed 27 All-SSC honors. He was inducted into the Rollins Sports Hall of Fame in 2012.

Speaking in a press release distributed by the University of Florida, Amato thanked his predecessor.

“The University of Florida is a special place,” he says. “I am extremely excited for this opportunity. I have admired Florida Soccer and the program Becky Burleigh built since I started coaching at Rollins College. I am honored to follow in her footsteps and will work tirelessly to make our administration, alumni, and fans proud of our Gator team.”