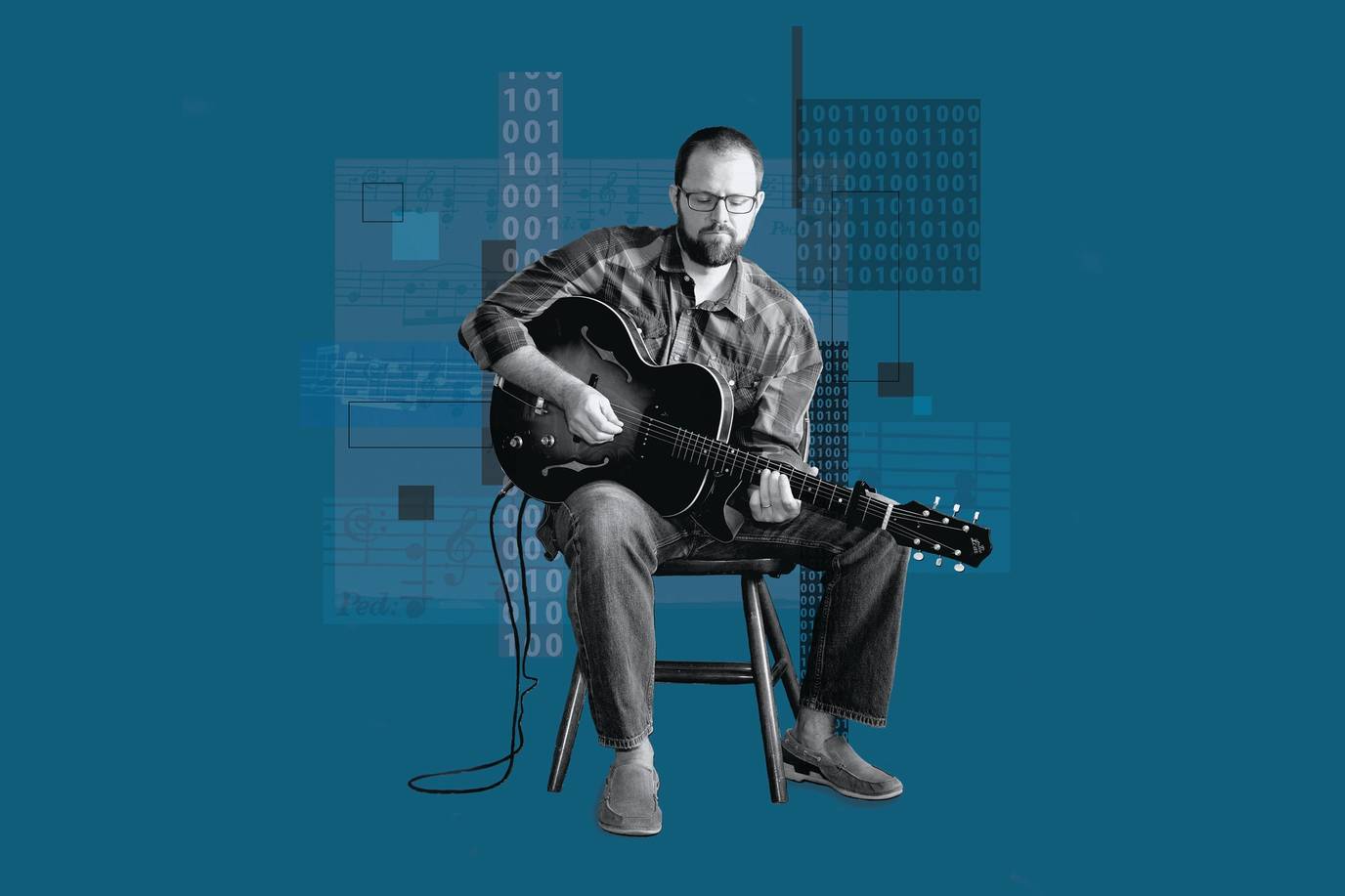 Computer science professor Dan Myers’ penchant for music has played an instrumental role in his development as both a scientist and a teacher.

Before there was Dan Myers, PhD and associate professor of computer science, there was Dan Myers, lover of all things music, especially traditional country music. He learned to play the cello in 6th grade in the school orchestra in his hometown of Kingsport, Tennessee. He picked up the guitar a few years later, and the award-winning flatpicking guitarist hasn’t stopped strumming since.

“Music led me to computer science,” says Myers. “In the late ’90s, I really started getting interested in the intersection of music and technology. Electronic music was gaining popularity, so I was experimenting a lot with blending classical styles with acoustic guitar and electronic rhythms via shareware programs.”

For a short time, Myers set his sights on audio engineering but instead zeroed in on the computer engineering program at the University of Florida, where he continued exploring the interplay of music and technology by studying topics like architectural acoustics. After getting his undergrad and master’s in five years, he headed west for a stint as a software engineer at Sandia National Laboratories in Albuquerque, New Mexico, before getting his PhD at the University of Wisconsin-Madison, where his dissertation focused on performance analysis and queueing theory.

“I like computer science because it’s a science, but it’s also creative,” says Myers. “Every time you sit down to write a program, you’re expressing yourself creatively through the medium of writing code. I love giving my students free rein to really jam with the computer.”

While pursuing his PhD, Myers answered a graduate-student Listserv email advertising a summer job teaching computer science courses to high school students through a program with the Wisconsin Center for Academically Talented Youth. Here, while teaching kids how to write basic programs and games, he realized that his ultimate calling was to help mold young minds and hearts in pursuit of their dreams.

When deciding where to land after grad school, Rollins checked all the boxes: undergraduate research, small classes, supportive colleagues … and of course, 65-degree days during winter instead of -14-degree ones in Madison. Myers has been at the College since 2014 and has quickly garnered the respect of his students and fellow faculty.

Myers encourages his students to develop all their interests, even if they seem disparate, because part of becoming a global citizen and responsible leader is taking that proverbial road less traveled.

He helped Sam Sadeh ’18 leverage his love of technology and passion for service to found an after-school coding program that earned a grant from Google, and Myers and Cheng’s mutual love of the guitar led to a research project through Rollins’ Student-Faculty Collaborative Scholarship Program investigating what acoustical features of a song make it a hit.

Trying to get beyond the mentality of the computer as a black box fuels everything Myers does both inside the classroom and out.

Myers wants his students to understand that computers are things that people have made and that we control them, and he wants his students to have fun. Rather than overwhelm students with giant blocks of information on a PowerPoint, he instead focuses on asking important questions, engaging dialogue, and teaching the history of how we got to a certain point in the subject matter at hand. Using tubs of peanut butter and marshmallow fluff to explain systems concepts doesn’t hurt either.

“I’ve had Dr. Myers as a professor every semester since spring of my freshman year,” says computer science major Jaime Becker ’19. “I’ve loved every class I’ve had with him because he is so knowledgeable and can make the most boring topics exciting. I had no interest in networks, but after a typical Myers lecture, networks became fascinating.”

Myers is a big fan of his project-based classes that take him and his students out into the community to solve real problems. In fall 2017, he partnered with the Hannibal Square Heritage Center to develop a walking-tour app for Hannibal Square, a historic African-American neighborhood located a mile from campus. This year he’s planning to collaborate with social entrepreneurship professor Josephine Balzac on a project for Fleet Farming, an urban farming program developed by local nonprofit Ideas For Us to transform residential lawns into organic micro-farms. The program has recently expanded to the Paramore neighborhood in downtown Orlando and is looking to improve its operations in terms of data management and analytics. 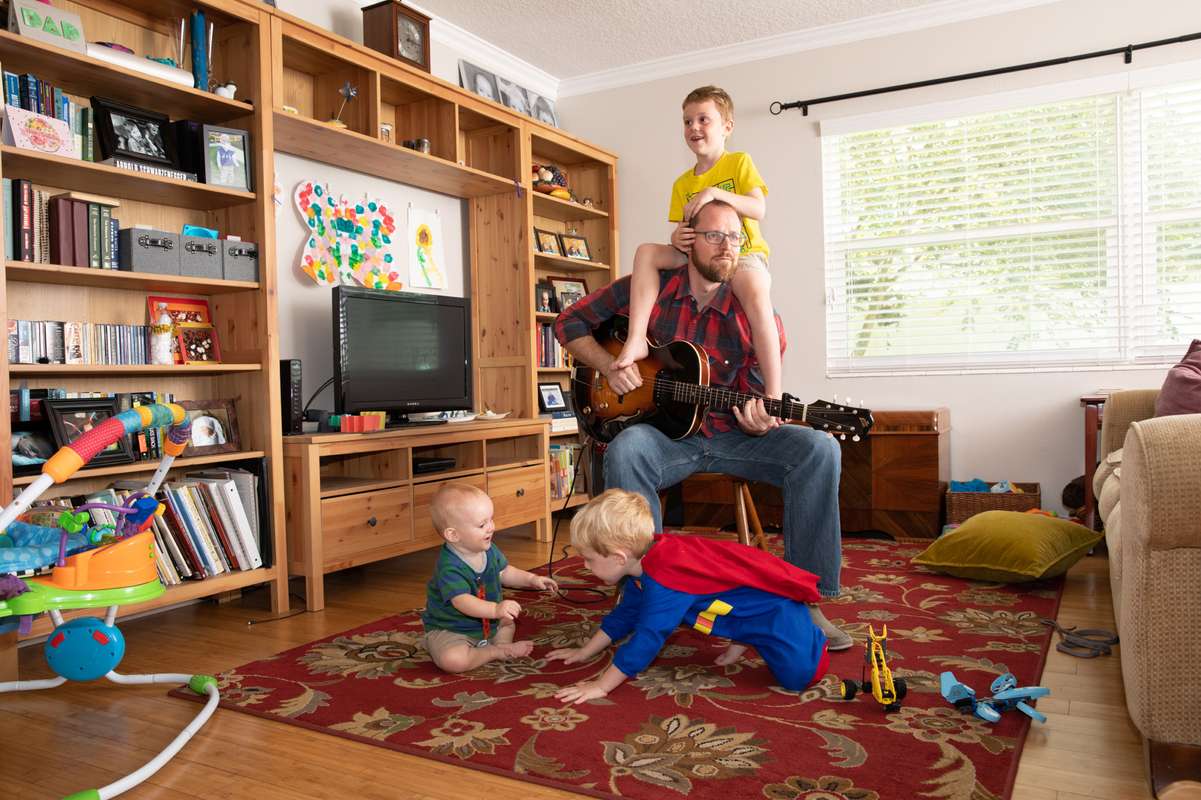 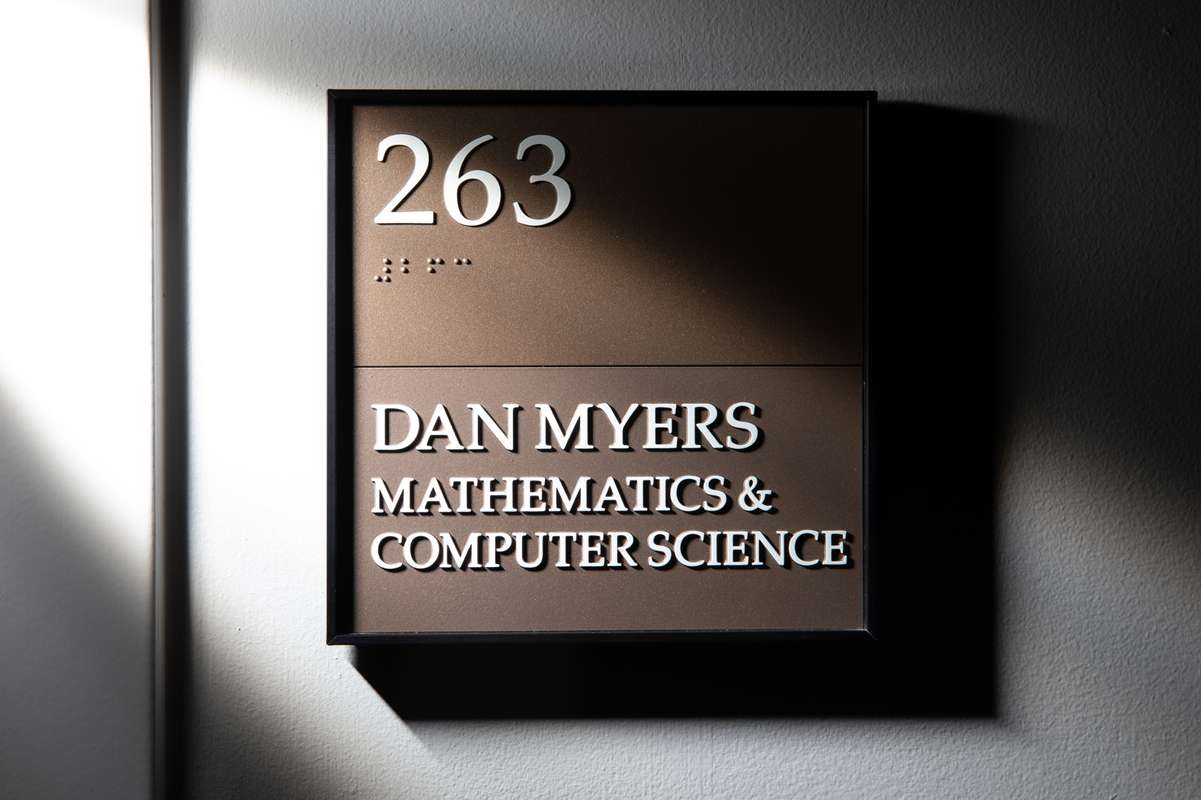 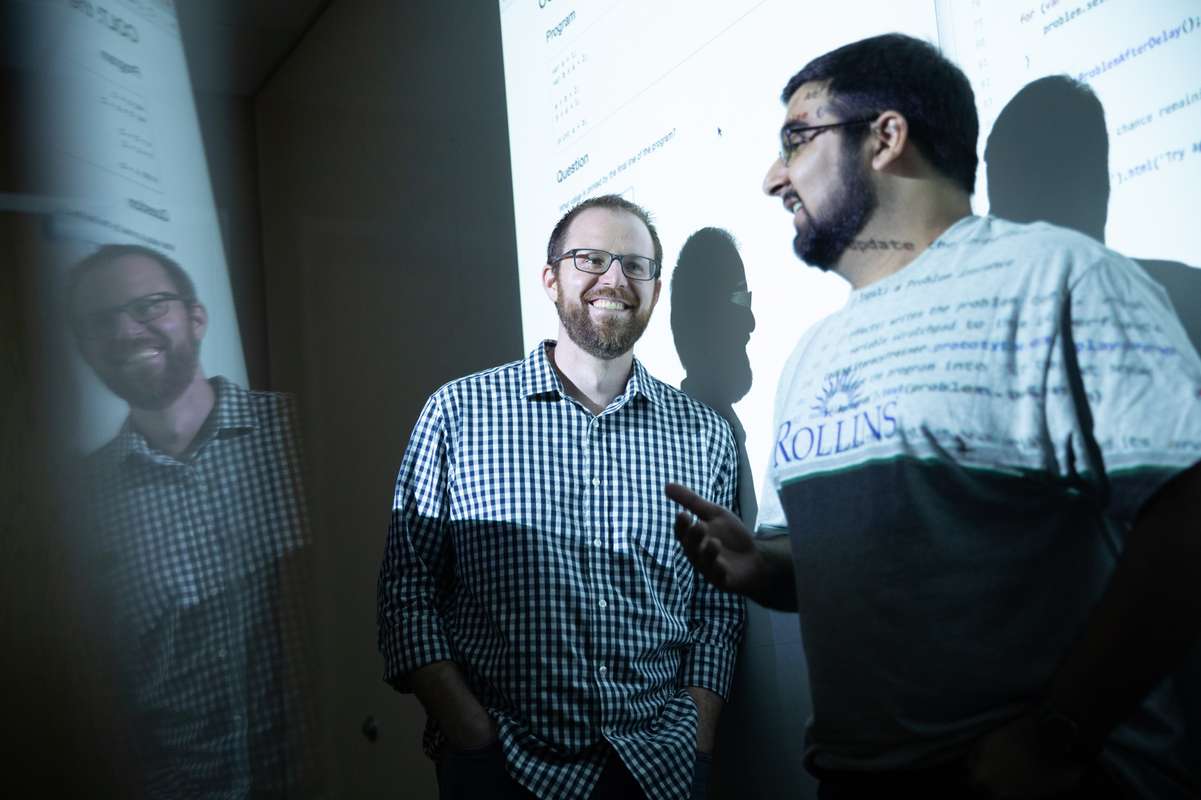 A family man at his core, Myers sees the whole of his students just as he does his own three children and is deeply invested in helping them find their way. It’s this personal connection that resonates most deeply with his students. He focuses on the soft skills—things like critical thinking, deferring gratification, discipline, communication—just as intently as the hard ones like programming languages and data structures.

“Dr. Myers not only taught me about computer architecture, artificial intelligence, and security, but he helped me navigate my career path through conversations, advice, and letters of recommendation,” says Alexandra DeLucia ’18. “I’m currently a researcher at Los Alamos National Lab, and knowing Dr. Myers’ path to his current position, which included getting some work experience before pursuing a PhD, helped me with my decision.”