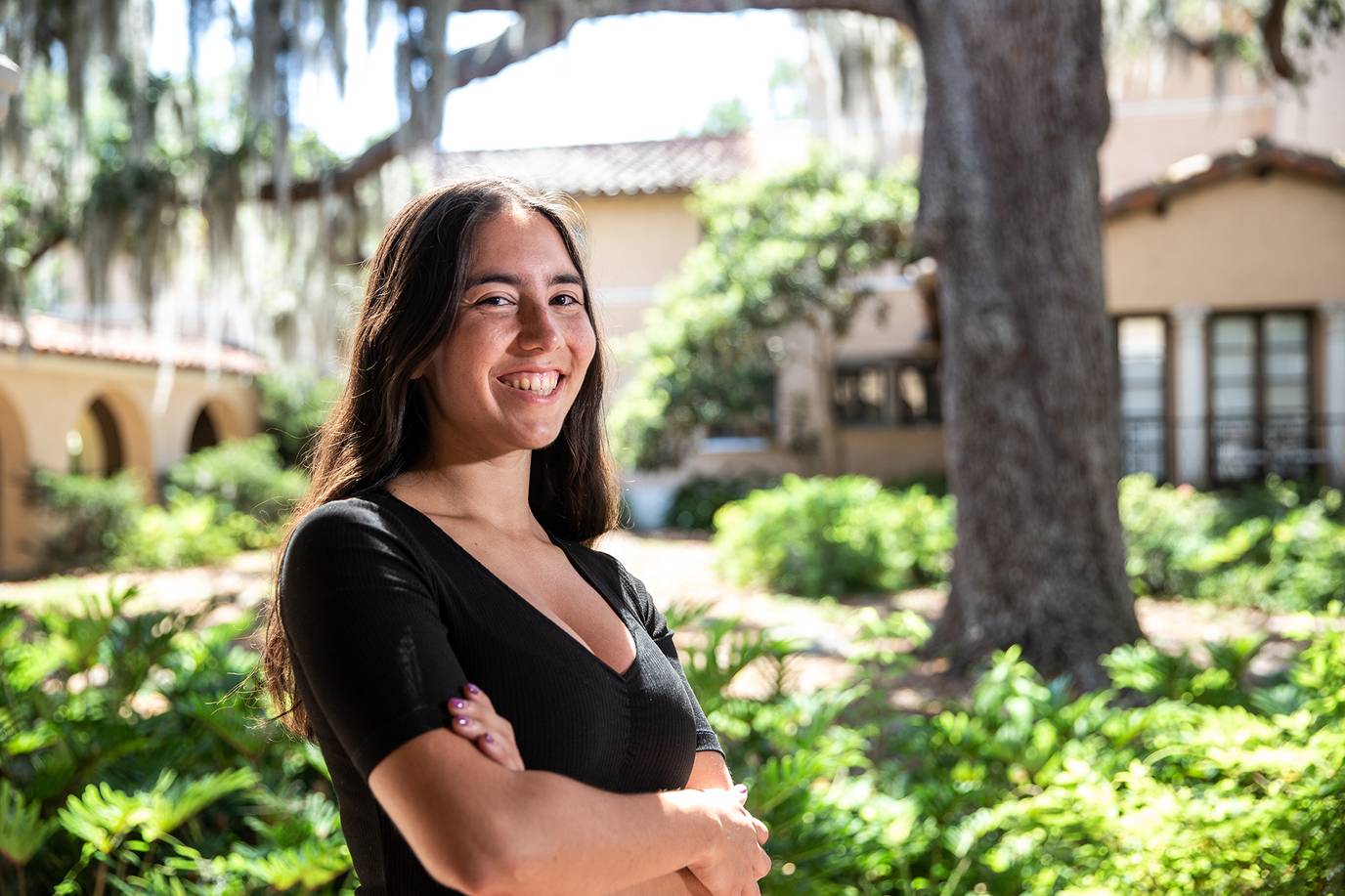 Carla Daza ’20 has been selected to attend the prestigious Junior Summer Institute in Public Policy and International Affairs (PPIA) at Carnegie Mellon University in Pittsburgh, PA.

Each year about 600 students apply for 100 spots in the PPIA program, the goal of which is to help students achieve a master’s degree in public policy, public administration, international affairs, or a related field. The seven-week summer fellowship, which begins June 17, includes airfare, university housing, course materials, and the opportunity to learn from some of the nation’s brightest minds in policy analysis, economics, qualitative methods, and more.

“This fellowship is exactly the right next step for me because it merges by passions and skills,” says Daza. “I’m excited to explore more, especially the intersection of STEM and social justice and how big data can be used to address social issues.”

Daza will join the first-ever Data Analytics track at Carnegie Mellon’s Heinz College, which is designed specifically to equip students with the skills needed to solve problems at the crossroads of people, policy, and technology. Topics will include smart cities and equity, cybersecurity, the ethics of artificial intelligence, algorithmic bias, and digital transformation in government. This opportunity is tailor-made for the computer science and math double major who discovered her passion for data and social good at Rollins under the guidance of faculty mentors like computer science professors Dan Myers and Valerie Summet.

Setting this path in motion was Daza’s strong stance as a feminist and her interest in computer science that started in high school. She was always telling her friends, “programming is the language of the future,” but it wasn’t until coming to Rollins—where she was encouraged to explore seemingly disparate disciplines—that she began to understand how coding and data and analytics could actually help solve problems in the realms of gender and racial equality.

It wasn’t long after Daza declared her double major in computer science and math that she also decided to double minor in political science and sexuality, women’s, and gender studies—a unique combination that prepared her for an internship at Girls Group in Ann Arbor, Michigan. Through Rollins’ trustee David Lord ’69 ’71MBA and the Rhoda Newberry Reed Foundation, Daza had the opportunity to gain professional experience at a nonprofit youth development agency that empowers middle- and high-school girls to become first-generation college graduates.

She collaborated with the nonprofit’s staff and other interns to organize and facilitate programming designed around promoting emotional and economic self-sufficiency, serving as a mentor for young girls on how to develop character, leadership, self-confidence, and social awareness. She also taught some of the high school girls about the building blocks of coding and worked to empower them to study computer science.

“As a first-generation American, I identify with many of the struggles that come with becoming a first-generation college graduate,” says Daza, “like navigating the application process and researching all the different financial-aid options.”

Examining these issues through her internship experience inspired Daza to think about solutions. She came up with the idea of creating an app to help answer the questions these young girls face, like whether or not college is the right choice, exploring alternative options like trade school or career development programs, how to raise funds, apply for aid, etc. It was the first time it all came together for Daza as a concrete example of the type of work she wants to pursue as a career.

“My internship at Girls Group was one of the most meaningful experiences of my Rollins career,” says Daza. “Building relationships with participants and serving as a mentor to them was my favorite part. I really learned how to work with others, to plan ahead, and to see things more big picture.”

Daza says none of her direction or success would’ve been possible without Embark, a Rollins program designed to help students of underrepresented populations transition to college life and thrive at Rollins. Daza was part of the first cohort of Embark participants and has since worked to support diversity efforts on campus through her role as diversity and inclusion chair of the Student Government Association (SGA), an Embark student leader, a diversity envoy for the Office of Admission, and as a work-study at Rollins’ Lucy Cross Center for Women and Their Allies.

“Being part of Embark 100 percent set the foundation for my journey at Rollins,” says Daza. “It was so beneficial to have a group of friends before starting college. Because of this experience I was connected to so many people on campus, and my Rollins network just continues to grow.”

Alumni of the Junior Summer Institute program not only join a network of nearly 4,000 leaders and gain access to mentoring and career development, but they also have the opportunity to receive financial support for graduate school. Post-Rollins Daza plans to pursue a master’s in public policy and management at Carnegie Mellon’s Heinz College where she can specialize in data analytics.

Daza is the second Rollins student to earn a PPIA fellowship. Public policy and political economy major Isaac James ’19 received the award in 2018 and participated in the Junior Summer Institute at the University of Michigan. This spring, James won a Truman Scholarship, the premier graduate scholarship for aspiring public service leaders in the U.S.