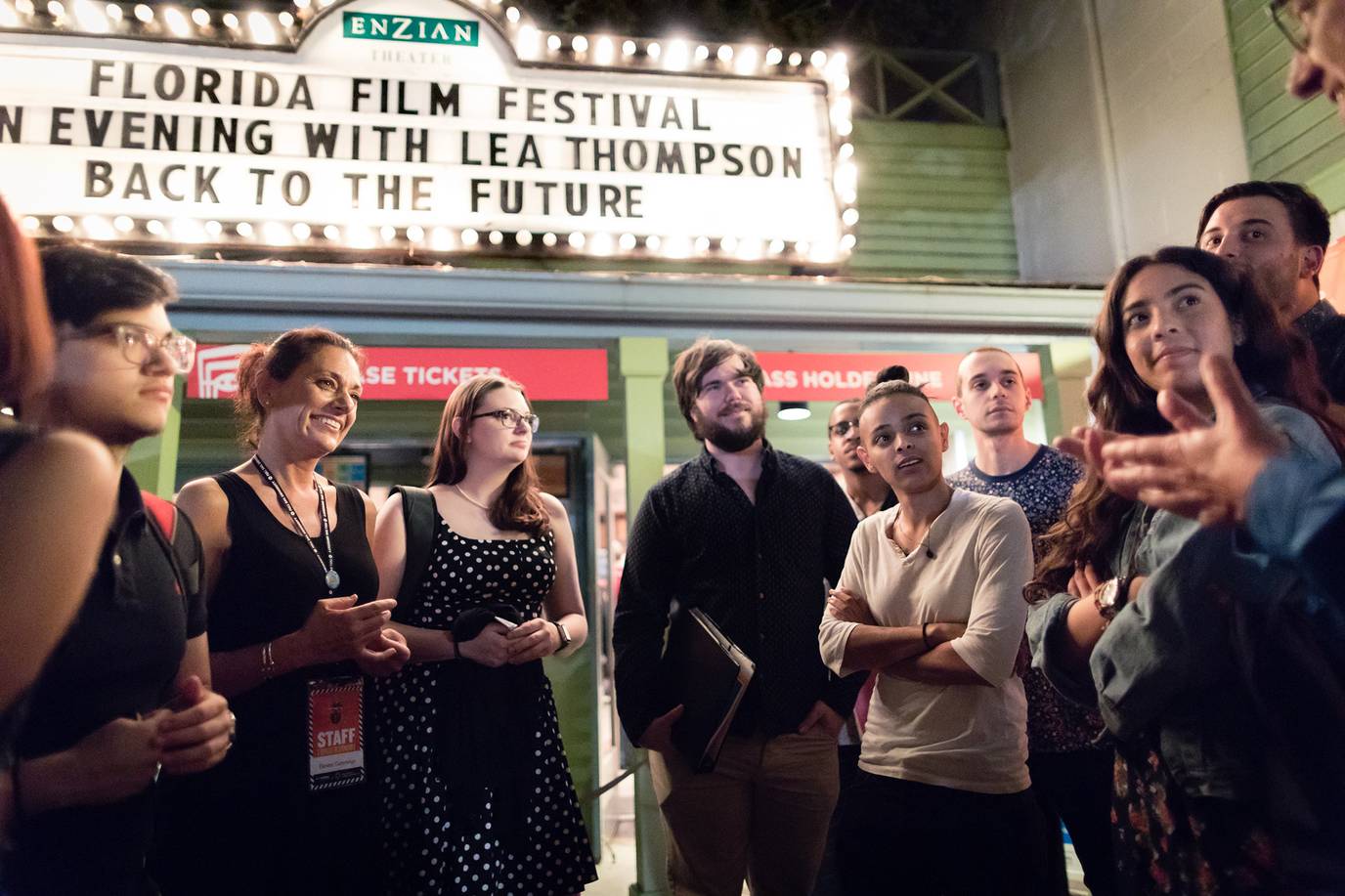 Behind the scenes of the Rollins class designed to instill a wider appreciation of films by allowing students to engage with more than 50 features, shorts, and documentaries during the Florida Film Festival.

Surely no filmmaker sets out to create a masterpiece intended for viewing on the smartphone or tablet. Yet that’s increasingly how younger generations are watching films.

And they’re missing out.

On the big screen, the nuances of a film can be witnessed. Appreciated. Instilling this wider appreciation for films—and film festivals—is the driving factor behind a Rollins course that asks students to engage with 50 to 65 films each spring.

“My primary goal for this course is that the students leave with a passion for film,” says O’Sullivan, who developed the course curriculum 15 years ago. “The students spend 10 days doing nothing but watching films and talking to filmmakers.”

That sounds like every film buff’s dream—and it is. But it’s not easy. For most students, spending 12 hours a day critically viewing films—that is, taking notes on such nuances as camera angles and tightness of shots—can be tiring.

To prepare, the class meets a couple of weeks before the festival to cover what to expect, as well as what will be expected of them, which includes written film reviews, class discussions, and a final paper that explores a topic of their choosing.

On April 23, the students attended the Enzian Theater’s screening of Back to the Future, followed by a question-and-answer session with actress Lea Thompson.

“To hear Lea talk about the acting process gave the students insight into the malleability of the filmmaking process,” Cummings says. “The actors are scripted, but they also need to be improvisational.”

Thompson shared with the audience how awkward it was to film the scene inside the car outside the school dance. The angle was tricky, and the content itself was rather awkward. But the actors, despite countless takes, made it work.

The experience of seeing the film on a big screen revealed so much more than the students had previously observed.

“Of course they all knew the story,” Cummings says, “but on the big screen, the film looked so beautiful and it was so immersive. They became that much more engaged. The takeaway for many was to be able to go back and realize the value of continuity editing. A lot of them had never thought about continuity editing, character action, or lighting, and that’s what we do—we ask them to take a look at how all the parts come together as a whole.” 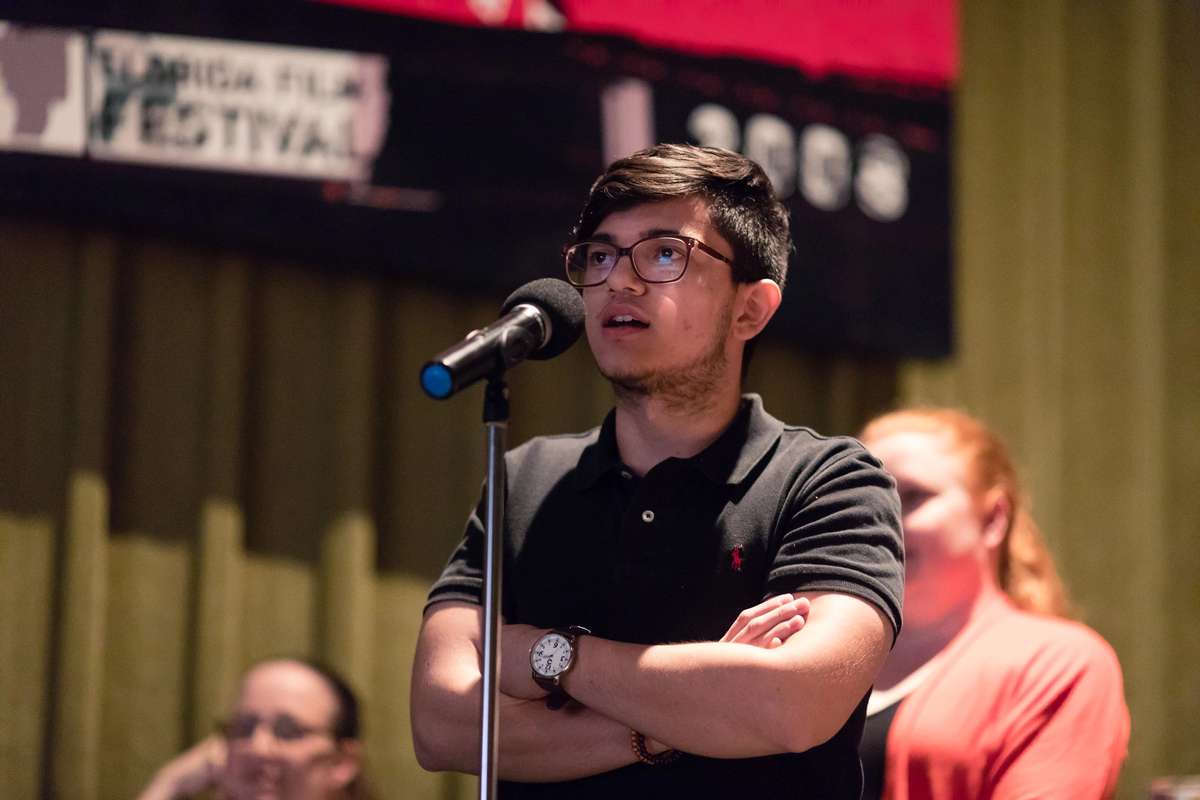 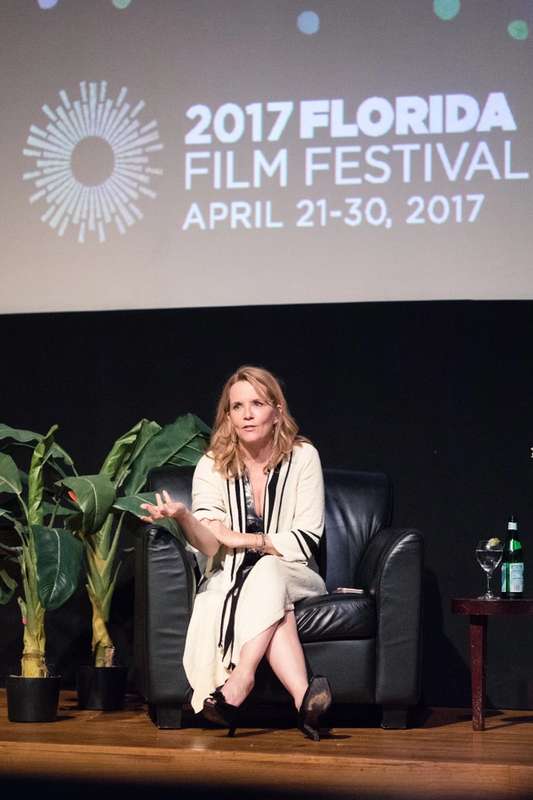 “A huge part of the experience for me was witnessing how big audiences react,” says Nick Darbonne ’17, an English major and aspiring filmmaker. “I heard sold-out theaters react to comedies and dramas. You hear all the laughter and gasps. From a sociological perspective, it’s fascinating. Plus, there is something powerful about the shared experience of film and the energy in that room.”

Most years, a common theme emerges from the festival’s films, which in 2017 totaled almost 170. The primary themes of this year's festival were home and identity.

“The festival isn’t doing it intentionally—it’s not like the filmmakers agreed that this is what we will work on this year,” Cummings says. “Rather, the process is entirely organic, born out of collective unconscious.”

“It’s amazing that we can see a reflection of the world in film,” Cummings adds. “Film is an amazing humanistic medium that is a window into both the self and the world.”