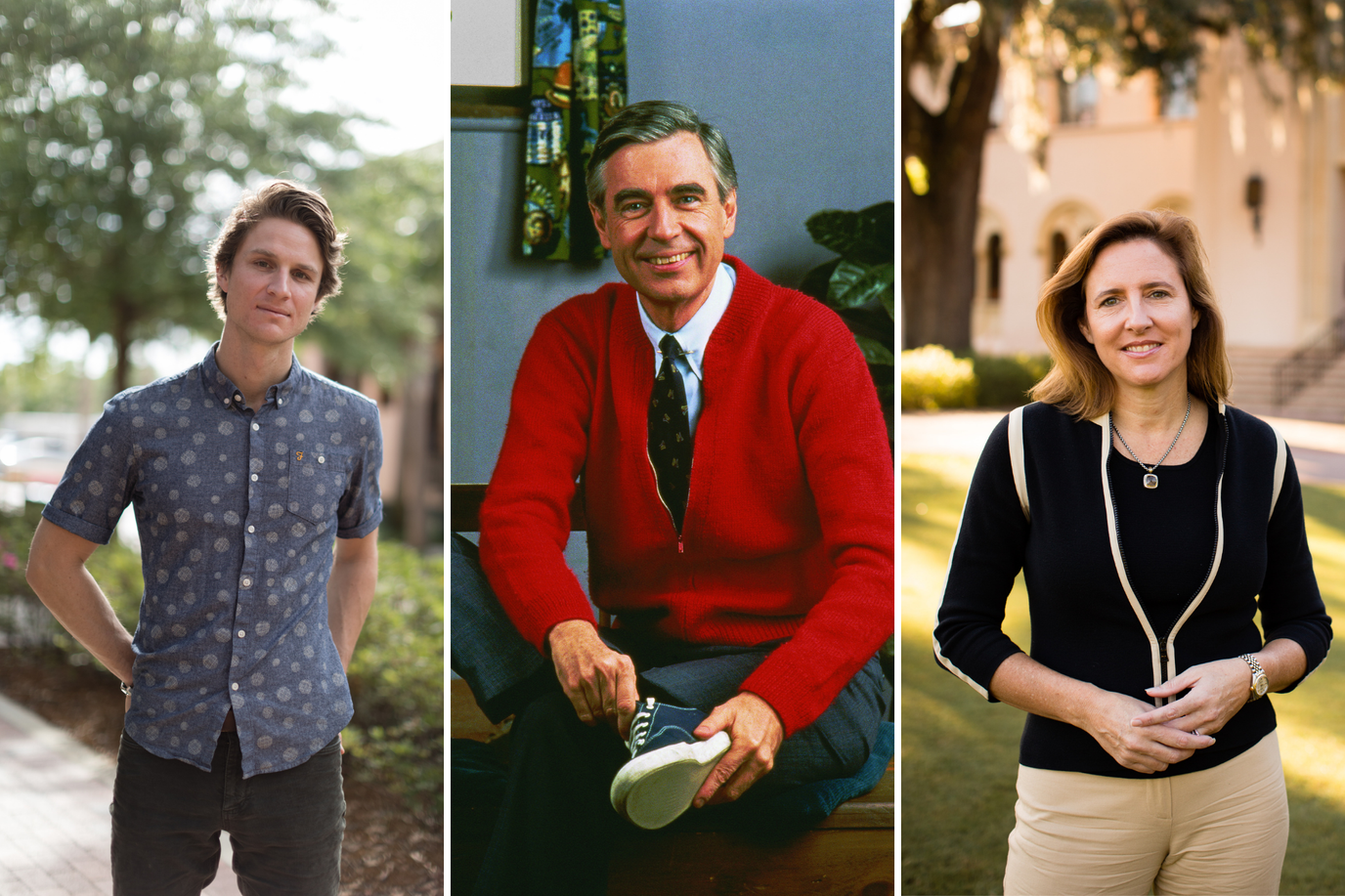 Rollins recently announced the recipients of the 2019 Alumni Awards, which will be presented by President Grant Cornwell during Alumni Weekend 2019.

After graduating from Rollins with a degree in music composition, Rogers planned to enter the seminary and become a minister—until he saw his first children’s television show in 1951. Inspired by the new medium but disappointed by the state of children’s programming, Rogers resolved to do better. Mister Rogers’ Neighborhood premiered on PBS on February 19, 1968. For the next 33 years, Rogers and his iconic program were an oasis of kindness and compassion for millions of American children. He was inducted into the Television Hall of Fame in 1999 and received lifetime achievement awards from the National Academy of Television Arts and Sciences and the TV Critics Association. In 2002, President George W. Bush presented Rogers with the Presidential Medal of Freedom. Rogers died on February 27, 2003, at his home in Pittsburgh. To celebrate the 50th anniversary of Mister Rogers’ Neighborhood, the U.S. Postal Service immortalized Rogers on a Forever postage stamp in 2018.

Barns is the executive director of Better Lives, a nonprofit that works with seven partner organizations in Cambodia, Tanzania, and Uganda to help children living in rural poverty grow up healthy, educated, and trained to earn an income. As an MBA student at Rollins’ Crummer Graduate School of Business, Barns launched a project to build an ecolodge on the lush mountainside of Mkyashi, a village in the foothills of Tanzania’s Mount Kilimanjaro. The project inspired political science professor Dan Chong to create a Rollins field study that has exposed dozens of students to the power of community development.

For more than 30 years, Carroll Hanley Goggin ’85 has readily accepted every opportunity to serve her alma mater. In 2015, she was named Volunteer of the Year for all of the southeastern U.S. by CASE District III during her tenure as president of The Rollins Alumni Association Board of Directors. As a current member of the Board of Trustees, she has helped chart the long-term vision for the College, and now the COO/CFO of DBG Promotions is serving as national chair of The Rollins Annual Fund. This past summer, Goggin provided seed funding for Rollins Professional Fellows, a new funded internship program in the College’s Center for Career & Life Planning.