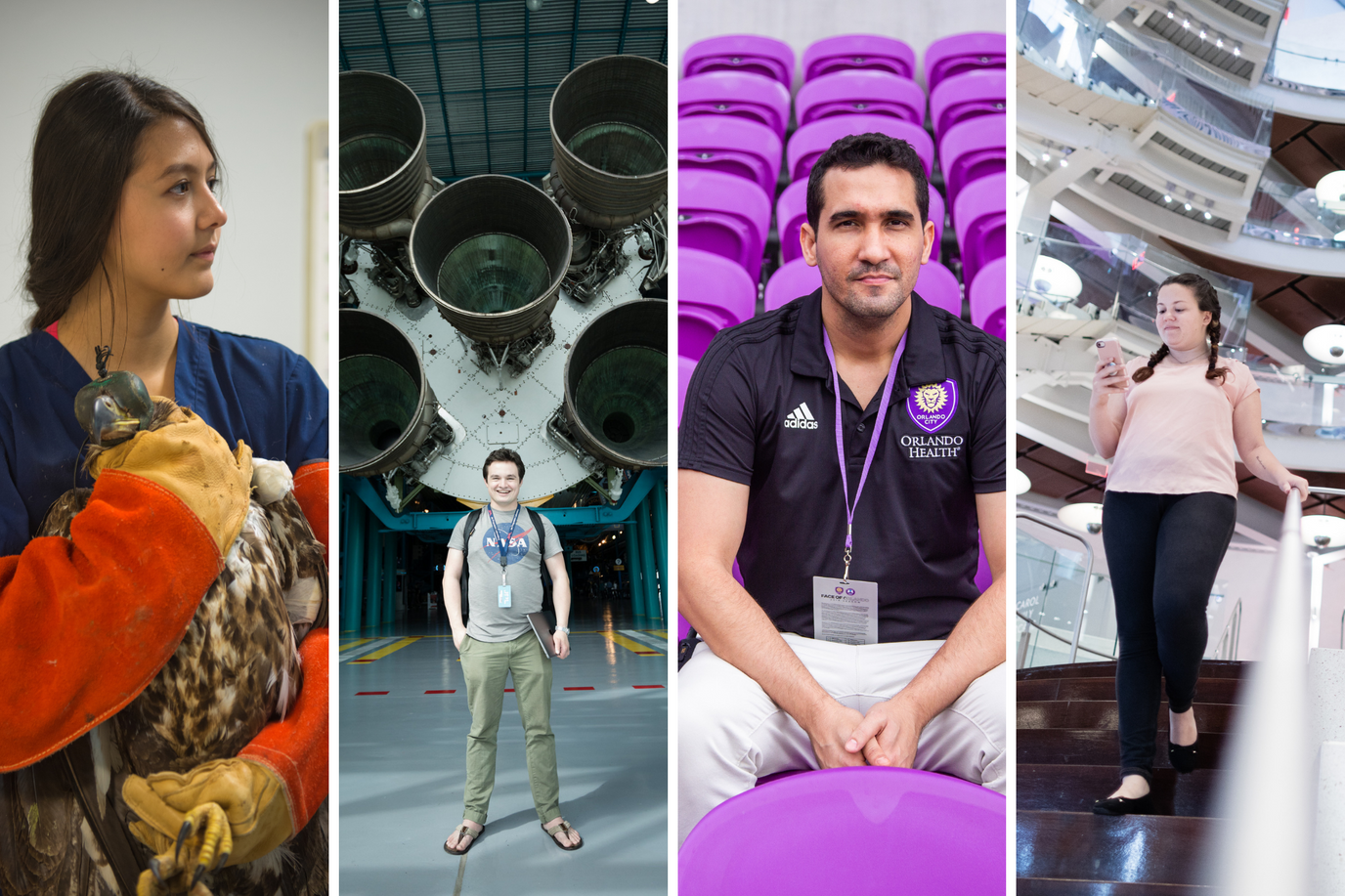 Whether it’s in the lab, on the soccer field, backstage at the theater, or atop a launch pad, internships at Rollins are hands on and up close.

Gone are the days of an intern fetching coffee for everyone in the office. The robust and competitive internships available through Rollins provide students the chance to gain real-world experience in an environment that connects classroom learning to practical applications, and the spring 2018 internships were no exception.

This past semester, students worked alongside seasoned professionals on real projects, learning how to problem-solve on the spot, build professional rapport, navigate different personalities, and apply the skills they’ve learned in new and dynamic ways.

Learning doesn’t get more hands-on than at the Audubon Center for Birds of Prey in Maitland, just 10 minutes from campus. Marine biology major Caroline Rosendahl ’19 spent the semester at the raptor trauma clinic, where she tended to injured eagles, owls, and hawks in hopes of rehabilitating them to return to the wild.

When an injured bird came into the clinic, Rosendahl would perform mobility and eye exams and evaluate the bird’s pain response. She would then administer lab diagnostics by looking at blood and fecal samples under the microscope to determine if the raptor had internal parasites or might be fighting off a disease. She prepared medication, mastered how to hand-feed the birds if they weren’t eating properly, and learned how to perform a necropsy in the event the bird couldn’t be saved.

“The essence of my internship was to learn how to care for the raptors and get them back in the wild as soon as possible,” says Rosendahl. “Most of these birds are a species of concern, and all of the raptors we take care of are protected under the Migratory Bird Treaty Act. It makes me very proud to contribute to the well-being of these birds.”

For Rosendahl, there’s nothing quite like going on a raptor release trip and watching a fully recovered bird once again take flight.

Midway through her internship, Rosendahl was required to perform a case study, meaning that she was the one solely responsible for diagnosing and developing the treatment plan for a selected patient at the trauma clinic.

“I received a call that there was an injured bald eagle nearby, so I drove out to the location and rescued the bird,” says Rosendahl. “Over the next month, I monitored the eagle’s progress and helped it heal. It’s now out of the clinic and in the rehab barn ready for flight rehabilitation. It was so rewarding to be a part of helping this animal go home again.”

“Other than learning how to take care of the injured birds, I learned true compassion, how to work effectively under pressure, and time management,” says Rosendahl. “Some of the raptors that came in were so severely injured that they weren’t releasable, so euthanasia is something I witnessed regularly, which motivated me to look after my patients the best I could.”

Rosendahl is committed to learning more and to deepening her knowledge. Because of this internship and the exposure to laboratory diagnostics and avian pathology, she plans to apply to graduate school where she wants to focus on zoology and animal sciences.

This spring, a typical day at the office for Michael Gutensohn ’18 might have included examining the world’s most powerful deep-space propulsion system or floating above another impressive rocket, the SpaceX Falcon Heavy. If that seems a little far-fetched, it’s only because you’ve never visited Kennedy Space Center’s Augmented Virtual Reality Lab, where Gutensohn completed his third consecutive internship with NASA.

Gutensohn’s work in the lab centered on 3-D facial and object recognition, the same computer-vision concepts he honed at Rollins, where he created a camera-based parking-optimization system for his senior capstone project.

In previous internships at NASA, Gutensohn handled software development at the Jet Propulsion Lab in California, where he’s headed again this summer, and computer engineering at KSC’s Grounds Systems Development and Operations Program.

“I went to Kennedy Space Center for the first time with my little brother in January 2017, and walking out there I said, ‘I’m gonna work here one day.’ Every morning I drove toward that big Vehicle Assembly Building, I never got over the fact I was working at NASA. It’s a highly sought-after opportunity—a few hundred applicants applied.”

One of Gutensohn’s first projects at NASA was working with the User Interface Group’s simulated version of the Deep Space Network’s interface software during his first stint at the Jet Propulsion Laboratory.

“I started at zero and got to build something from the ground up, which really gave me a more holistic view of the development processes I was studying at Rollins,” says Gutensohn. “When I showed my work to another intern who had no experience with AR/VR technology, he was blown away by my project. This really put things into perspective and showed me I was on the right path.” 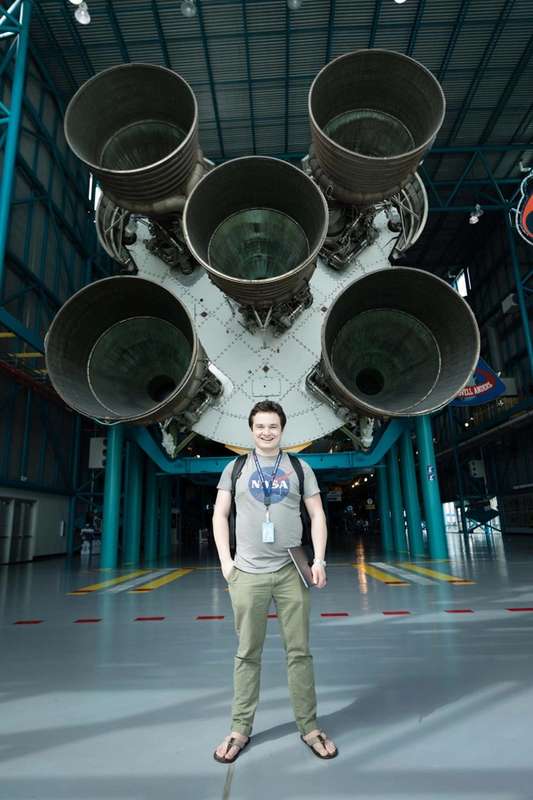 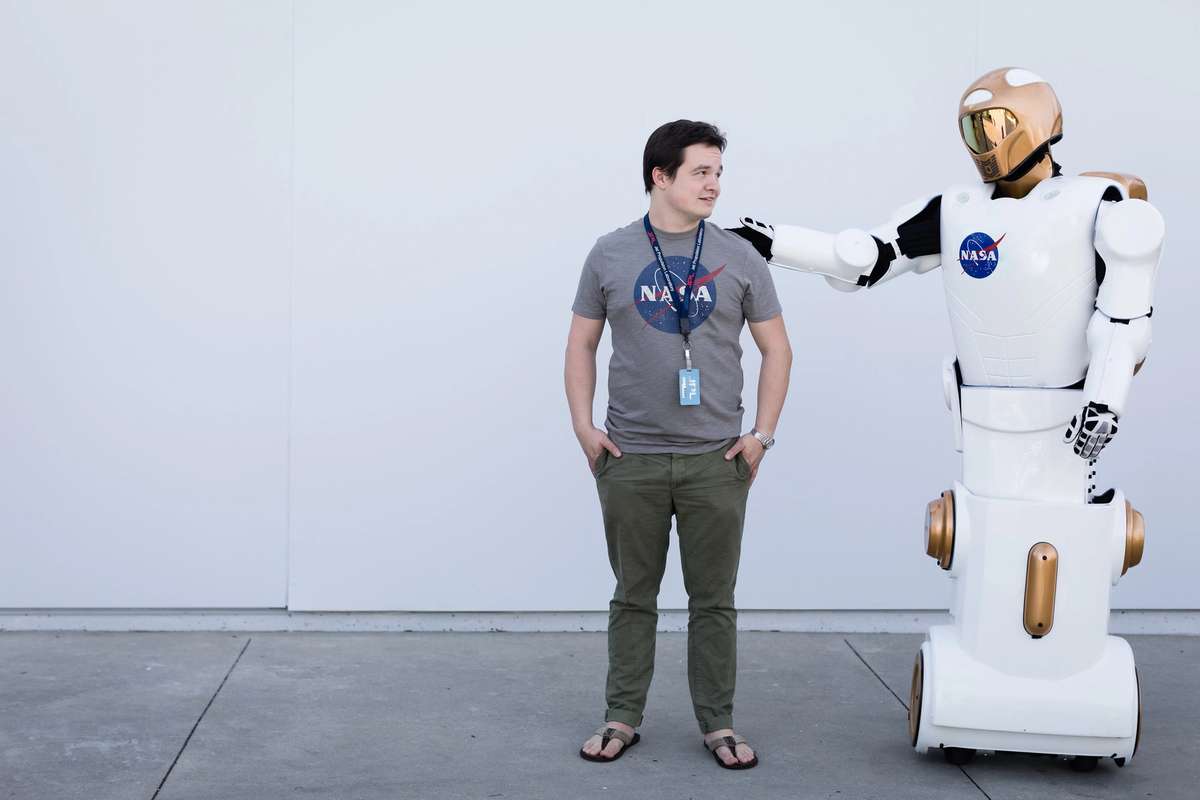 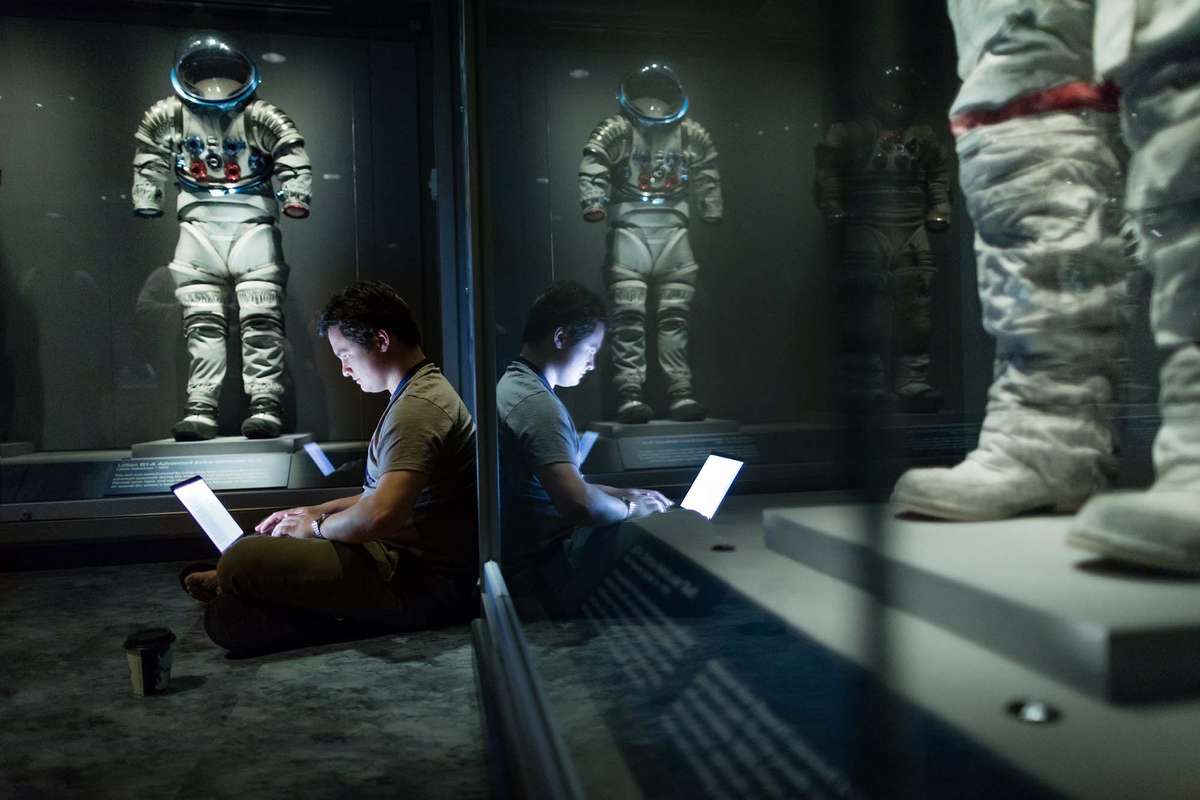 “I do better when I ignore my own doubts and just get to work,” says Gutensohn. “I’ve often suffered from self-doubt, as a lot of students have, and any time I start a new project or internship it’s like having my confidence levels completely reset. The best advice I can give to others is to ignore yourself and get to work; you’ll figure it out.”

Gutensohn will soon hit the road in the RV he’s been renovating for the past three months on his way back out to the Jet Propulsion Lab in Pasadena, California. He’ll be working with the Human Interfaces group once again, this time focusing on a data-visualization project. Come fall, he plans to move to the Bay Area to attend graduate school at UC Berkeley.

The rush of game day was a near permanent state for William Reis ’19 during his internship with Orlando City Soccer. Reis, a business management major at Rollins’ Hamilton Holt School, assisted the communications department in all aspects of game-day media operations. His duties included credentialing and managing media personnel access on the field and in locker-room areas, setup and breakdown, and post-game transcribing of player interviews.

“Being on field level, very close to the action was the coolest part of the job,” says Reis. “I remember opening day when I was on the sideline at midfield as the pre-game procession was going on and things were happening all around me and I realized I actually got to be a part of making it all work. It was, in a word, enchanting.”

Reis points to communication and coordination as the two most essential pieces of making game days go off without a hitch.

“Every single person is an integral part of a well-run structure of processes from different departments that combine to make the fan experience a great one,” says Reis. “Getting to see the things I was learning in class on leadership and organizational behavior being applied in real-life ways like working in teams and dealing with difficult fans and media personnel was so valuable.”

Orlando Ballet is Central Florida’s only fully residential professional ballet company and draws as many as 100,000 people each year to the grand stage at the Dr. Phillips Center for the Performing Arts.

Emma Webb ’18—a communications major—had a pretty lofty task for her internship: to tell the story of the Orlando Ballet through social media marketing and outreach in the Orlando community. She attended all the performances, shooting original photo and video content, interviewing performers, and working behind the scenes on daily promotions.

“We got to partner with the photographers from the St. Louis Ballet to do a photo shoot called Dancers and Dogs, which focused on portraying the lighter side of dancers to show that ballet isn’t stuffy and strict,” says Webb. “I was able to work with the dancers and the dogs and create the social media coverage from the event, doing Facebook Live and Instagram Stories that received sizable engagement.”

“It was such an incredible experience to sit in on actual meetings about the future of social media and to learn how to formulate and execute effective media campaigns,” says Webb. “I learned how to get people interested in what we had to offer as a company and as a school.”

Webb plans to attend graduate school for communications and to pursue a career in public relations at either a small business or a nonprofit like the Orlando Ballet.