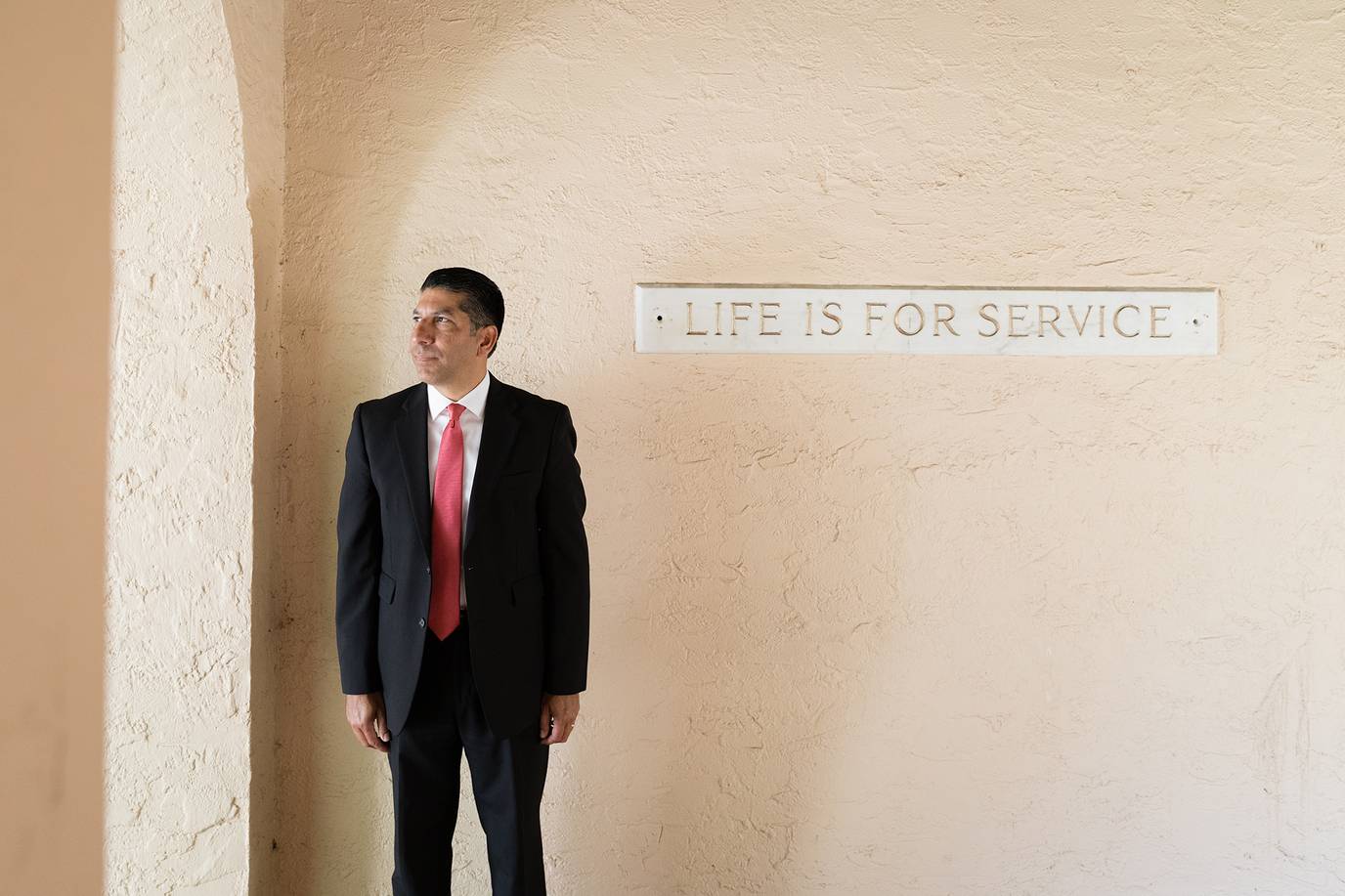 Jose Fernandez ’92 is a guiding voice in the Central Florida community and beyond, both as a business leader and a pillar of giving back.

When Jose Fernandez ’92 and his family fled war-torn Nicaragua in 1979, they arrived in the U.S. like many refugees: with little money, a change of clothes, and lots of hopes and dreams. Orlando, and especially the local Cuban community, took the family in, offering job referrals for Fernandez’s parents, empathetic words of advice, and help buying their first home.

Later on, Rollins offered its own kind of refuge, stepping in when it was time for Fernandez to go to college, providing him financial assistance and a path to success he never thought possible. Fernandez has spent much of his life and career paying that goodwill forward, helping create opportunity in Orlando and supporting students at Rollins.

“When I went to my Rollins interview almost three decades ago, I didn’t own a tie,” remembers Fernandez. “Rollins extended a hand to me, and it was the springboard for my life.”

At Rollins, Fernandez majored in Latin American & Caribbean studies and learned how to embrace different perspectives and navigate cultural nuance and political landscapes—skills that have been essential throughout his life and career. It’s also where he first developed his devotion to service.

“As a member of the Tau Kappa Epsilon fraternity,” says Fernandez, “we were always involved in community service—cleaning parks, mentoring. Finding ways to give back was an instrumental part of our charter.”

Turns out, service became an instrumental part of Fernandez’s life well after his pinning. Virtually every move he’s made since leaving Rollins has been marked by helping others—whether it’s hiring Rollins students for the past 20 years, serving as Mayor Buddy Dyer’s chief of staff and senior policy advisor, or volunteering at Harbor House. In 1995, Fernandez founded the Orlando chapter of the Hispanic Business Initiative Fund (now Prospera), which seeks to help new arrivals transition to life and business in the U.S.

“They’re people who owned a business back home, wherever that might have been,” says Fernandez. “We guide them through the regulatory issues, the financial systems, and the complexities of the U.S. market. I have been passionate about this work since the beginning because there is nothing that reflects more on the American dream than owning your own business.”

Fernandez credits the skills he gained at Rollins and the College’s support of his untethered ambitions for empowering him to contribute to the community in meaningful ways that demanded new approaches to problem solving. In 2004, during Fernandez’s tenure in the Dyer administration, a trio of hurricanes struck Orlando over a period of just six weeks. Fernandez oversaw preparations, management, and recovery efforts, working with city administrators to establish shelters, disseminate information, set up distribution centers, and coordinate post-storm cleanups.

“I was 34 when I was operating in this high-level government role, and all the directors were at least 20 years my senior,” says Fernandez. “But the communication, critical-thinking, and organizational skills I learned at Rollins gave me the confidence I needed to walk into meetings and lead—organizing the agenda, discussing the issues, and linking the needs of the city to the government network in order to implement solutions.”

These days, this Orlando ambassador is focused on devising solutions for hurricane-ravaged Puerto Rico. Through the Florida Compass Group, a boutique consulting firm he founded in 2007 to help domestic and international businesses work effectively with government, Fernandez and his energy development team are currently constructing what will be the largest solar energy plant in the Caribbean.

This past March, Fernandez was presented with the 2018 Alumni Service Award during a ceremony in the Knowles Memorial Chapel. It was just a few months shy of the 30-year anniversary of his Rollins entrance interview. This time, Fernandez had a closet full of ties to choose from for the occasion, but his call to service and his gratitude to both Orlando and Rollins for making it all possible remain unchanged.

“It’s only right and natural,” says Fernandez, “to send the elevator back down.”