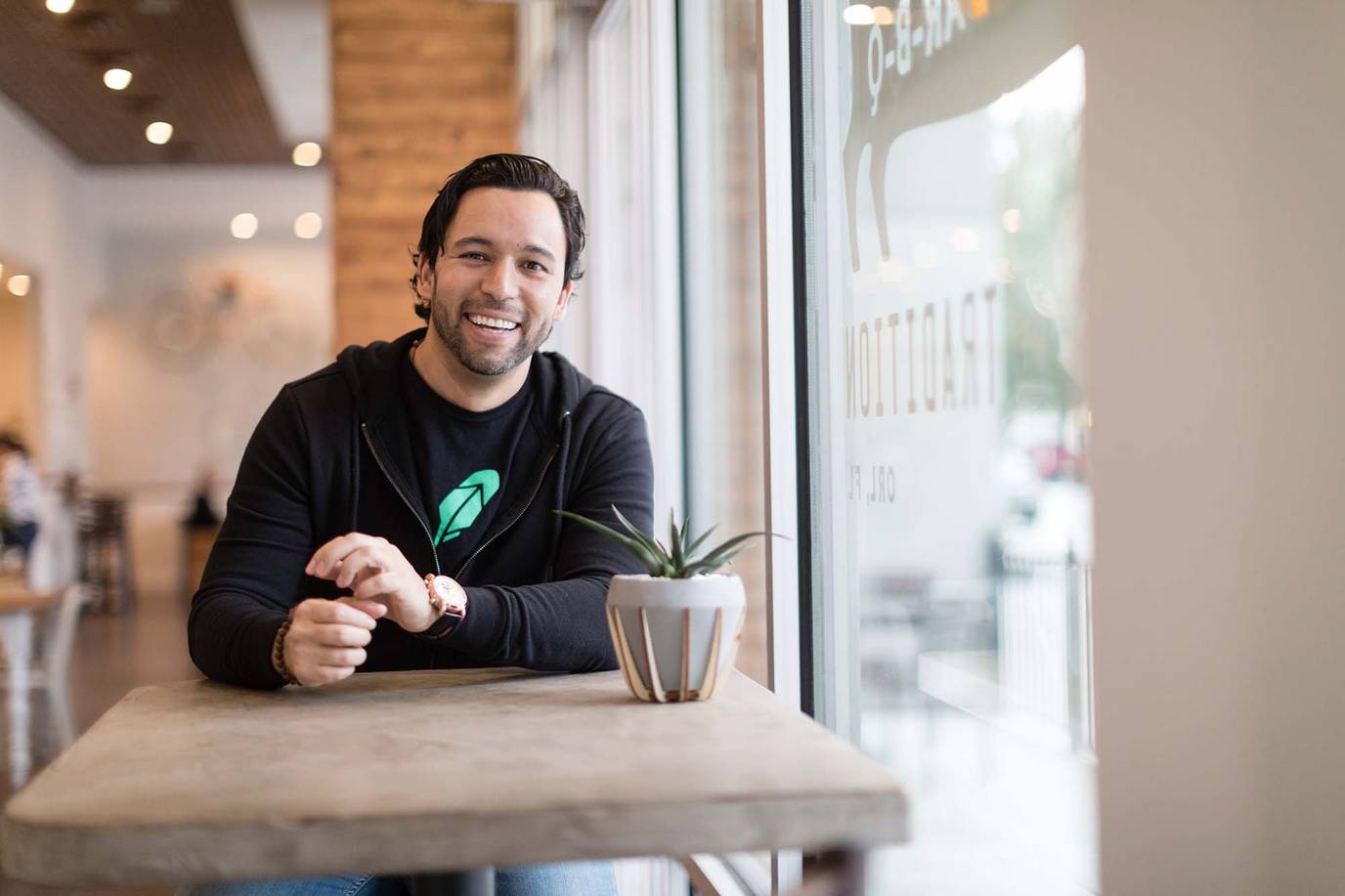 He’s written a book, but Mehdi Taifi ’07 ’10MLS’s story to and from Rollins is proof that there’s no substitute for real-life experiences.

Mehdi Taifi ’07 ’10MLS wants to talk about the novel he’s written. We’ll get to his life story in a minute, but for now the subject is a young, ambitious businessman on a journey of self-discovery. The protagonist’s travels take him to Morocco, on a wild ride through Wall Street … wait a minute. This is sounding familiar.

“A lot of it does hit close to home,” says Taifi, who actually grew up in Morocco before venturing to Rollins, where he graduated with a double major in international affairs and business and then earned a Master’s of Liberal Studies eight years later.

The real story includes a fortuitous start in sales, launching a startup, a pro soccer tryout, and big-name financial institutions. Most recently, Taifi made a bold jump off the corporate ladder to join Robinhood, a tech company founded in 2012 that allows users to invest in the stock market for free. While he’s looking for someone to edit his novel, Taifi wouldn’t change a thing about his own story.

You’re an accomplished businessman. Why write a novel? “The kind of business world I worked in before coming to Robinhood, honestly, it can crush your creativity. So writing on weekends became that creative outlet for me. My dad is a writer, and my general-ed classes at Rollins got me interested in writing.”

You mean classes like religion and history inspired you to write? “And literature. It all opened a new world to me. Even later, when I was in the business world and being promoted, writing was a way to continue my own journey of self-fulfillment.”

Speaking of your journey, you graduated in 2007, which was right before the world economy spiraled. What was that like? “The Rollins experience taught me so much about thinking on my own feet. I thought I was ready for anything. My first job interview was for a sales position involving foreign exchange. During the interview I told the employer, ‘I hate sales’—not the smartest thing to say. But then they sold me on the position. So I’m glad I was honest.”

Give us a snapshot of what’s happened since then. “After taking the sales job, I became a licensed broker. That was my first real taste of the financial sector, which I enjoyed—and then everyone lost their jobs. But something else I learned at Rollins was the importance of believing in yourself and pursuing your passions. So I had a small startup doing mortgage services, which was also terrible timing. Then the tryout with Orlando City Soccer, and Wall Street.”

You had a nice run with some major financial institutions—Bank of New York Mellon and Deutsche Bank. How were you uniquely prepared for that step? “The difficult times helped me clarify what I wanted to do. But a lot of it goes back to Rollins and really understanding people, not just financial markets. Investment banks are starting to realize the world is different, that they need to focus on the human aspect. So they’re hiring people with degrees in sociology, psychology, and the liberal arts because of their global understanding.”

Did you always see yourself working in business? “Not really. Being from Morocco and studying international affairs, I had this thought of working in diplomacy, maybe for the State Department.”

What changed your thinking? “A professor at Rollins gave me a realistic look at what it would be like. He worked in Algeria as an ambassador and shared his life experience with me. How many students go to a school where a professor not only has that kind of background, but is willing to use it to mentor someone like me, individually?”

And now Robinhood. Why did you make the move from a big financial firm to such a young fin-tech [financial technology] company? “We all know what the big companies do, and no matter how much you grow personally, there’s only so much impact you can have. With Robinhood, we’re democratizing the financial industry, making investments available for anyone. It’s more than bottom-line profits; it’s actually helping people. That’s meaningful to me—another big step in that whole ‘discovery’ theme again. And that will always excite me.”