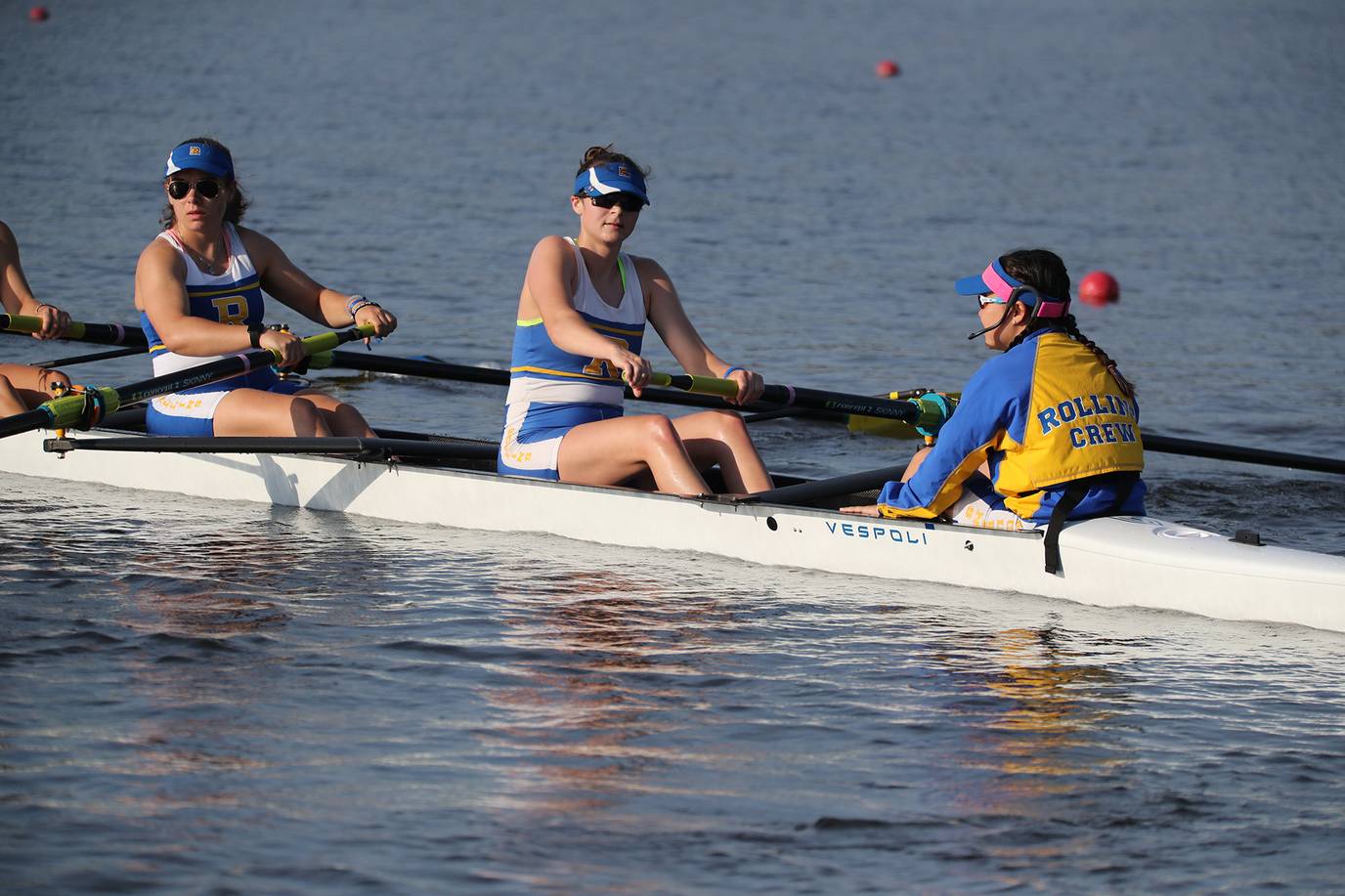 For her success on and off the water, rower Lizzie Berry ’19 receives the Sunshine State Conference Female Scholar-Athlete of the Year award.

Women’s rower and double major in psychology and Hispanic Studies Lizzie Berry ’19 has recently been named the 2018-19 Sunshine State Conference (SSC) Female Scholar-Athlete of the Year.

Voting for the award is conducted among athletic directors, senior women administrators, athletic communications directors, and faculty athletic representatives from each of the 11 SSC member institutions. With Greg Taicher ’19 winning the male scholar-athlete award, Rollins has swept both SSC Scholar-Athlete of the Year honors for the second time in the award’s history.

The Athlete of the Year honor comes on the heels of several awards and recognitions for the standout student-athlete: 2019 valedictorian; Fiat Lux Award winner, which honors outstanding seniors for their contributions to our campus and community in academics, leadership, inclusion, and service; eight-time appointee to the Athletic Director’s Honor Roll, Dean’s List, and President’s List; and the Archibald Granville Bush Award winner.

A four-year member of the rowing team, Berry was named All-SSC by conference coaches following her performance at the 2019 SSC Championships, where her Varsity-4 boat finished in third place. This year the Collegiate Rowing Coaches Association recognized her as a national scholar-athlete for the third time, and she will earn SSC Commissioner’s Honor Roll status—which requires students to maintain a minimum GPA of 3.2—for the fourth time.

“Joining the rowing team is one of the best decisions I made in college,” says Berry. “The sport increased my mental toughness that was cultivated on the water and transferred it off the water into all aspects of my life. In the boat I learned how to be many different types of leaders—from a silent one who demonstrates by doing to one who can communicate effectively when the going gets tough.”

During her four years at Rollins, Berry studied abroad in Latin America, which she credits as a defining chapter of her Rollins experience, served as co-president of Voices for Women and house manager of Alpha Omicron Pi, conducted student-faculty research, and worked tirelessly with other student organizations on campus to raise awareness about issues like gender and racial justice, human rights, and mental health.

Berry plans to spend the next two years working and traveling before pursuing her doctorate in psychology to become a practicing psychotherapist.

The star rower and scholar is the fourth Rollins student-athlete to be honored as SSC’s Female Scholar-Athlete of the Year since the award was created in 1995. Other Tars to earn the award include basketball player Jill Razor Wells ’01, golfer Charlotte Campbell Daughan ’06, and cross-country runner Lauryn Falcone ’13.