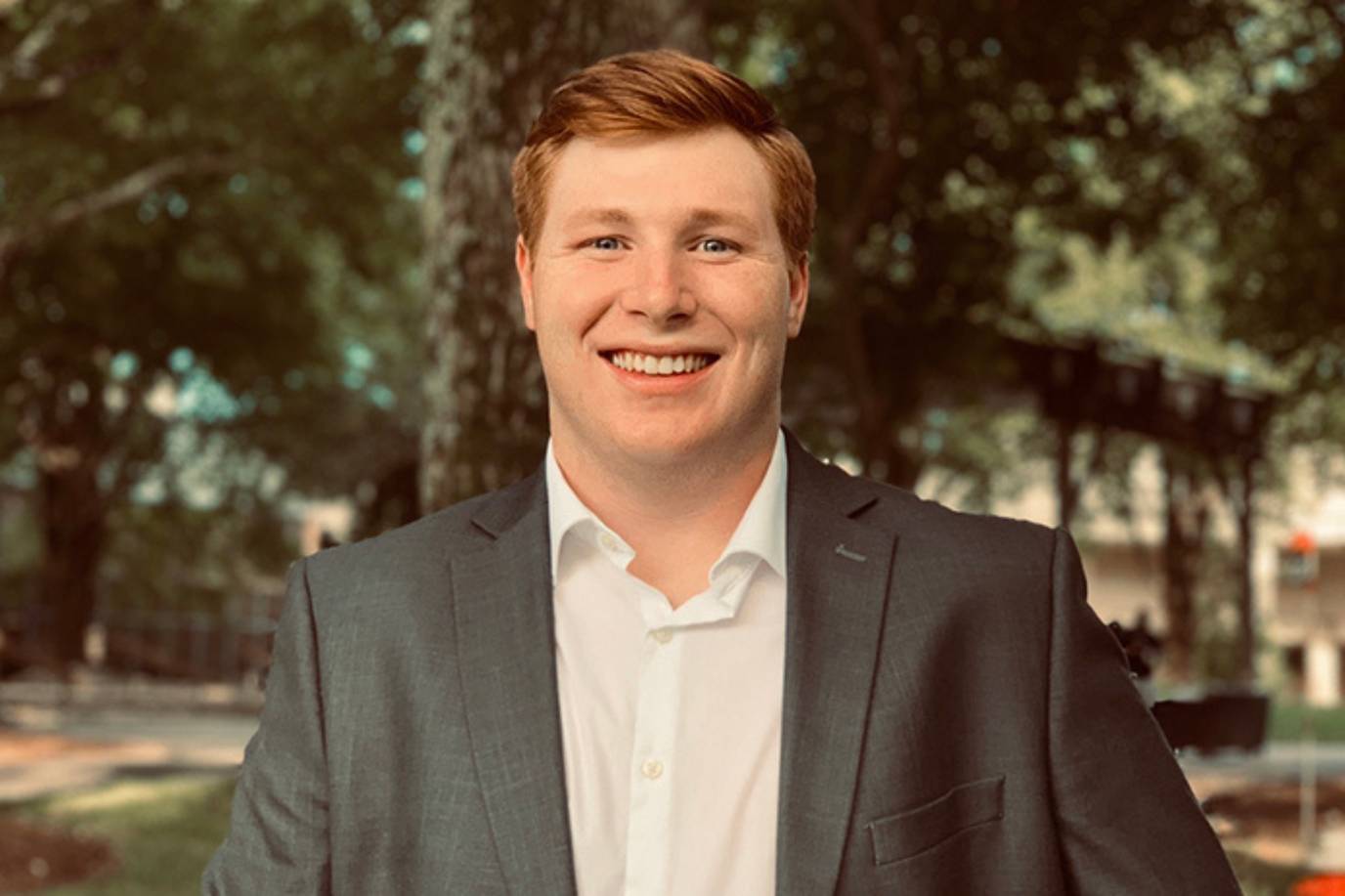 First-generation college student Wyatt Deihl ’21 has been awarded the nation’s foremost scholarship for those seeking to make a difference in public policy.

Wyatt Deihl ’21 has earned a 2020 Truman Scholarship, the highly selective, merit-based award for students seeking to enter graduate school in pursuit of a public service career.

A self-designed major in health, medicine, and society, Deihl is one of only 62 Truman Scholars, who were selected from more than 750 candidates nominated by 316 U.S. colleges and universities.

The Truman Scholarship awards each recipient $30,000 toward graduate school and provides the opportunity to participate in professional development programs to help prepare them for careers in public service, including retreats to learn from members of Congress and other Truman Scholars.

“I am so proud of Wyatt for being awarded a Truman Scholarship,” says President Grant Cornwell. “He has a passion for the work in front of him, and Rollins equipped him well for this honor. Wyatt is a prime example of a global citizen and responsible leader.”

At Rollins, Deihl has embraced an interest in public health by creating a custom major that merges public health with sociology. He is also pursuing a double minor in global health and sociology. He quickly became an advocate of promoting health and wellness, particularly in disenfranchised communities, both on and off campus.

After he graduates, Deihl plans to pursue a master’s degree in public health as well as a juris doctorate on his path to becoming a public interest attorney specializing in LGBTQ+ and other marginalized communities. The budding statesman is also interested in an eventual run for public office.

Growing up in Okeechobee, Florida, Deihl is the first person in his family to finish high school and pursue higher education. The recession that began in 2007 left his family reeling, frequently moving, and sometimes homeless. He recalls a turning point, while living in a tent in fifth grade, when he vowed to attend college and interrupt a cycle of generational poverty.

“I see great value in harnessing the knowledge I have gained through my lived experiences to fight for justice for those who lack a voice,” says Deihl.

“Wyatt is extraordinary and always fighting for others in need,” says Shivamoggi. “He has an incredible grasp of struggles of the poor people in the rural South, and his knowledge of historical and contemporary issues with American health care is deep and relevant. He is sharp like the edge of a diamond, has a heart of gold, and is never hesitant to work tirelessly to give a voice to people who are struggling.”

Some of this work includes founding and running the Rollins Public Health Association, which creates CPR trainings, HIV awareness campaigns, and other initiatives to promote well-being on and off campus. Deihl served as campus director of the 2019 Millennium Fellowship—a prestigious leadership development program that challenges college students to address the United Nations Sustainable Development Goal— implementing community health initiatives around HIV in Florida. He has also interned with the LGBTQ+ advocacy group Equality Florida and served as a fellow for the anti-tobacco Truth Initiative.

As an independent undergraduate researcher advised by anthropology professor Shan-Estelle Brown, Deihl is unearthing gender and racial discrepancies in the treatment of Floridians living with HIV—a topic that became a passion of his after taking Brown’s Drugs, Sex, and HIV course. He advocates for modernizing Florida’s HIV criminalization laws, which he believes have backfired from their original intentions.

“Many of these criminal statutes have stemmed from fear and stigma in regard to the spread of disease, and these laws tend to have unintended consequences,” says Deihl. “There is a need for informed policymakers with considerable public health knowledge to avoid the continuance of poorly written public health laws and policies.”

In addition to Brown, Deihl expresses gratitude to his many mentors, including Shivamoggi for providing ceaseless encouragement and support through the rigorous Truman Scholarship application process, and anthropology professor Nolan Kline, who enlisted Deihl as a research assistant on a National Science Foundation study exploring Latinx and gender minority experiences following the Pulse nightclub shooting.

“My biggest class had 12 people, so I was really able to make great relationships with my professors,” says Deihl. “That’s allowed me to excel—the fact that I’m not competing for resources.”

Last year’s Truman Scholar, Isaac James ’20, is currently working with refugees in Memphis, teaching English to adult refugees and serving as a tutor and life coach for middle and high school students.