What It’s Like ... to Perform in Front of Millions

By Chadonné Whiskey ’20, as told to Elsa Wenzel 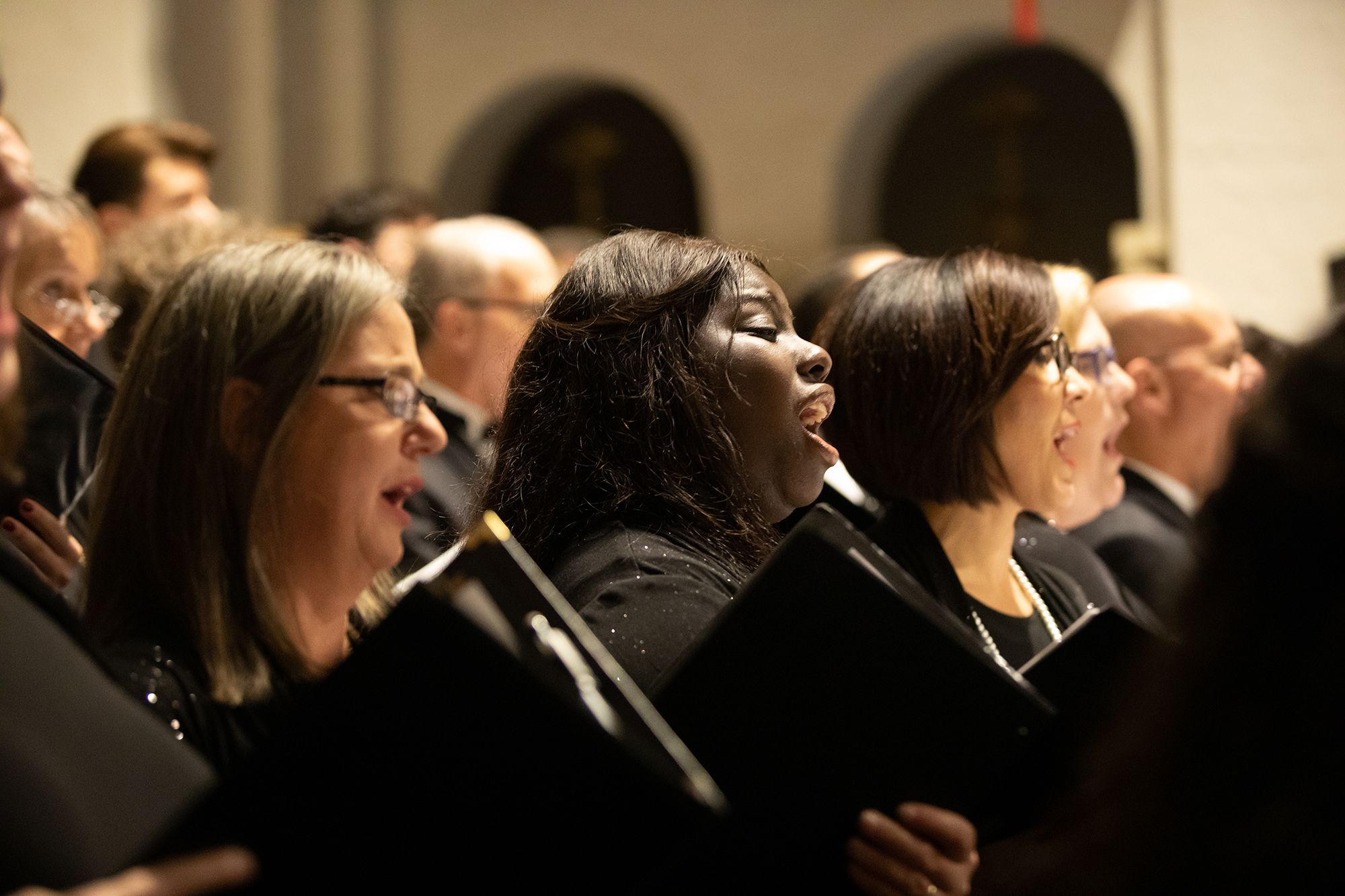 Mezzo-soprano Chadonné Whiskey ’20 aspires to a life as a vocalist. She has performed dozens of times as an undergrad, including with Rollins’ Women’s Jazz Vocal Ensemble, Chamber Choir, and Rollins Singers. But performing with the Bach Festival Society is exposing Whiskey to a national audience, as a recording of the group’s 2018 performance of “A Classic Christmas” at Rollins’ Knowles Memorial Chapel is scheduled to air during prime-time holiday season on PBS stations across the country. The music major shares what it’s like to follow a creative calling and to perform some of the world’s best-loved classical works for an audience that reached millions of television viewers.

I love classical music. Dvořák, Bach, Schubert, and Schumann are the four composers I can jam to on a daily basis. I’ll hear a cantata or an oratorio set, and I can mimic verbally what the instruments are doing. I’ll be like “Bum bum bum bum,” and my mom will be like, “Stop!”

My mom and dad are from Trinidad and Tobago, so they grew up on calypso and soca. My family is very musically oriented; we all learned how to play the steel pan, and I learned to play the piano.

I’ve yet to find my calling in a specific genre; I grew up singing along with my family to Whitney Houston and Celine Dion. Most genres—classical, pop, musical theater, and sacred music—allow me to perform and reach out to people. I aspire to be a soloist, enjoying the oohs and ahs from the audience, but I also like being part of an ensemble. I’ve been blessed to dabble in everything and enjoy the experiences.

Whenever I perform, I get into game mode. Coming on the stage, you can feel the buzz of the audience. In the end you don’t know who you’re singing to. You could be reaching out to someone who’s had a rough year. Thinking about how others have interpreted a tune and finding your own way, then meshing the two together helps define my performance. You always want to find something to make it a tinge different, maybe slowing down a specific pattern, speeding up a specific spot, holding a fermata longer than 20 seconds.

While being recorded singing with the Bach Festival Society, I was just being myself; music makes me smile inside and out. The performance being picked up by stations across the nation is beyond extravagant, and my family getting to see what we do on a national level is pretty cool.

Christmas is by far my favorite time of year, and I like the traditional aspects of Christmas music. Getting to sing these beautiful songs, certain chords, certain words and phrases can just touch someone’s heart. It’s kind of magical. I truly appreciate what my colleagues, my friends here, put into composing these beautiful scores.

For the Bach Festival performance, everyone was dressed up for Christmas, anticipating this beautiful music in this beautiful chapel that has so much history inside of it. Watching and listening to the orchestra tuning and the audience getting settled, seeing the light coming through the stained glass and the stage lights adjusting, is all a part of the experience. Performing on stage gives me a sense of peace.

There’s one moment every year when we perform at the Bach Festival that Doc [music professor John Sinclair] walks on and looks at us. He taps his heart and it hits home; when he feels it, you feel it.

Being here at Rollins has given me the opportunity for each individual professor to get to know me. Dr. Sinclair makes you want to enjoy music. He loves telling stories about all the composers. Just sitting in his office, you look at all the CDs and books and think, oh my gosh I’m in this encyclopedia of music history.

I’ve also gotten a chance to interact with a lot of other musicians. In addition to the Bach Festival Choir, I’ve been a part of the Rollins Women’s Jazz Vocal Ensemble, the Chamber Choir, and was fortunate this year to join the Rollins Singers, music professor Jamey Ray’s ’06’s mixed ensemble. Rollins has also given me a chance to come out of my comfort zone. For example, I don’t really like sports, but I go to sporting events to support other music majors who are involved in sports. You feel safe enough here that you could be a music major in a math class and you don’t feel awkward and weird.

One of the best decisions I’ve made was joining the Sigma Alpha Iota International Music Fraternity my first year, and I had a mentor who became my best friend. Now we’re inseparable; we even have code names on our phones. Sometimes when you’re performing you’ll learn that you’re sitting next to someone who’s a sister member from another school. You talk and it’s really cool.

The Bach Festival Society has been such an important part of my experience at Rollins. I feel blessed that I had the opportunity to take a Bach-themed trip with them to Germany and the Czech Republic. Going to Dvořák’s summer home, I was in tears over the piano, the detailing.

After graduation I’m stoked to travel again with my Bach colleagues and friends to Italy. And then I want to focus on auditioning locally and will probably continue to teach piano and voice to students. I remember walking onto campus as a first-year, and I was beyond terrified. Now I’m preparing to leave Rollins confident in myself and my abilities. I would tell a younger version of myself: Don’t doubt yourself. Just keep auditioning. It not only gives you the courage to continue, but shows you that you can keep getting better. 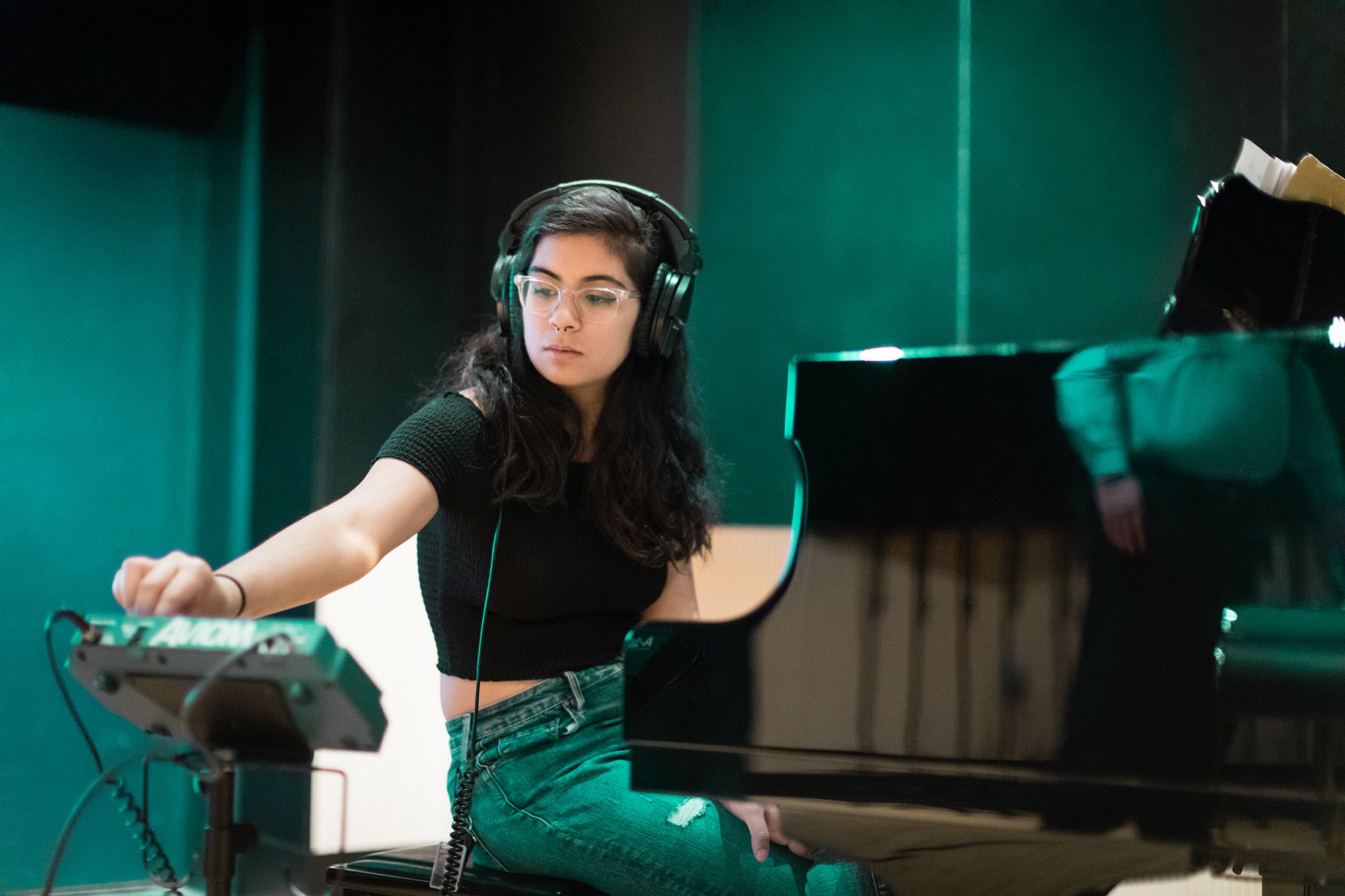