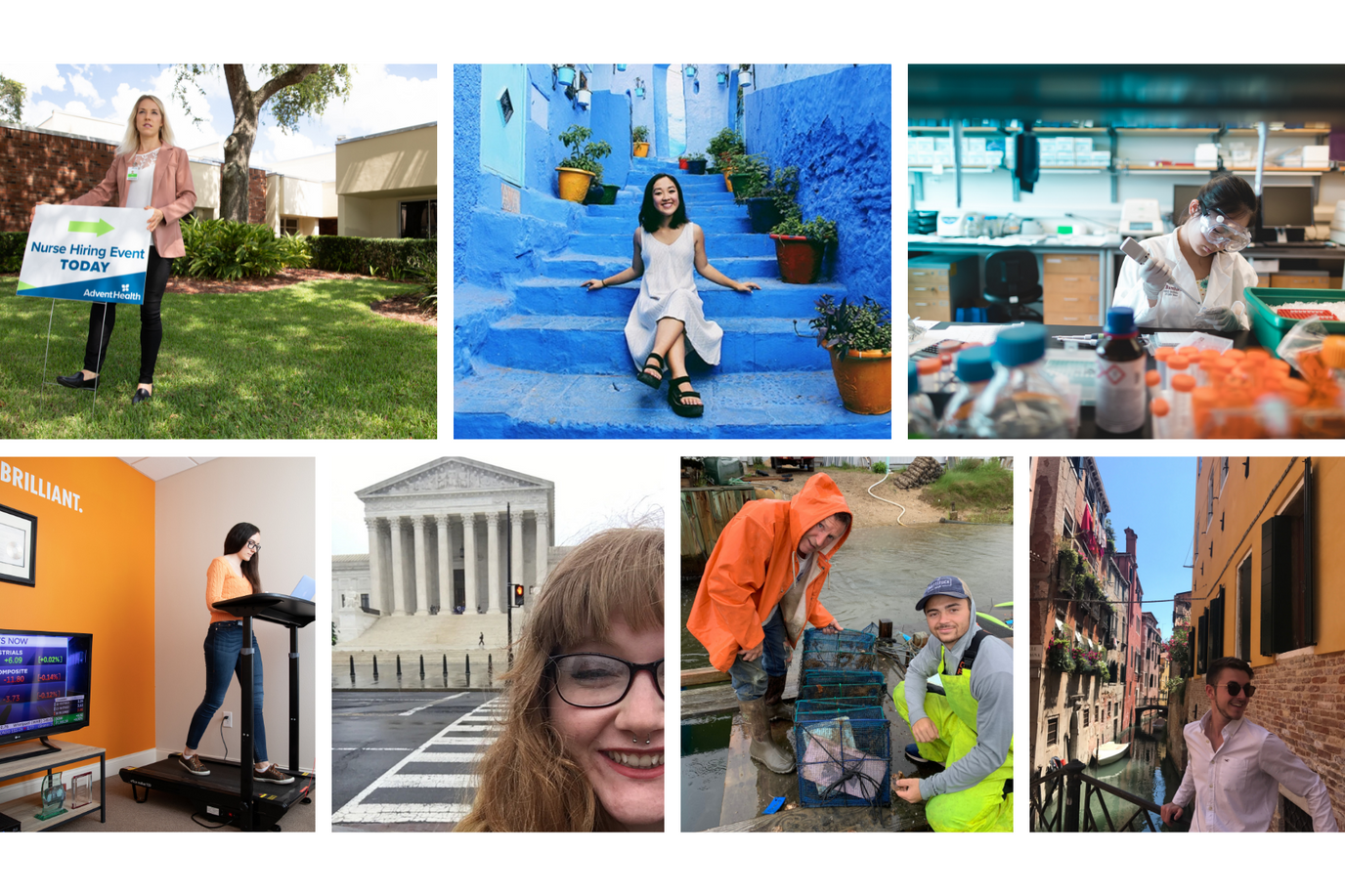 Rollins’ Gateway Fellows, a funded internship program that just received a $2 million pledge to its endowment from Trustee Campbell Brown ’90, is delivering Rollins students the best in hands-on experience.

It was the spring of her junior year, and The Sandspur editor Ellie Rushing ’19 had just landed a prestigious reporting internship at the South Florida Sun Sentinel. But finances posed a problem, and she never got to pursue her dreams.

“I had basically accepted that if I wanted to be a journalist, I would have to work an extra job on top of my internship or find a new career path,” says Rushing, a double major in communication and environmental studies.

But then she got an email about the Gateway Fellows program and knew that was her shot. A weight had been lifted off her shoulders.

“That summer was crucial to where I am today,” she says. “Learning from world-class editors and reporters at the Sun Sentinel cemented my passion for local journalism and allowed me to build a strong portfolio, which helped me land an internship with The Philadelphia Inquirer after graduation.”

Fast-forward a year later, and Rushing is still at The Inquirer, working on the breaking news team, one of the best in the region.

These types of career-launching opportunities will soon be more abundant for Rollins students thanks to Campbell Brown ’90 donating $2 million to endow the Gateway Fellows program, which will offer perpetual funding for students participating in academic internships through Rollins’ Center for Career & Life Planning. Brown, who serves on the Board of Trustees, is president and managing director of Old Forester, one of the longest-running bourbon brands in the country.

“This is just step one,” says Brown. “Ultimately, I hope it grows into something where every student can pursue an internship in a field they’re curious about.”

Rollins’ commitment to helping students attain hands-on, real-world experience is complemented by an array of programs that range from internships and study abroad to community engagement and collaborative research with faculty. Taken together, these things provide the kind of practical expertise increasingly valued by employers and graduate schools alike.

For instance, a study by Butler University found that GPA and the total number of internships a student completed as an undergraduate student are the major predictors of initial career outcomes. The Chronicle of Higher Education and American Public Media’s Marketplace concluded that internships and employment during college rose to the top of the list as the most heavily weighted attributes considered by employers when hiring recent college graduates.

And according to a recent survey conducted by the Association of American Colleges & Universities, internships stand out as the applied learning experiences most highly valued by employers. In fact, 93 percent of executives and 94 percent of hiring managers say that they would be more likely to hire a recent graduate who has held an internship with a company or organization.

The College is seeing these findings play out in its own data as well, which reaffirms the power of a Rollins education in putting students on a path to long-term personal and professional success. Just look at the class of 2018—97 percent of students were engaged in the workforce, grad school, or volunteer service 12 months after graduation.

“We know that the world of work is evolving at a speed unlike ever before,” says Perez, “which means that the skills students build at Rollins are more critical than ever. But a world-class liberal arts education needs to be complemented by professional experiences that prepare our graduates for the careers of the future.”

Over the past two years, all 29 Gateway Fellows said they would not have been able to pursue their desired internship without financial support.

For Kalli Joslin ’19, the Gateway Fellows program took her changemaking potential to a new level. The double major in theatre and American studies was able to take an unpaid internship at the National LGBT Chamber of Commerce in Washington, D.C., where she helped promote diversity and inclusion and worked with more than 50 state and local LGBT chambers of commerce. Living in the District also allowed her to tour three of the area’s best law schools, and now she’s enrolled at Georgetown.

“With so much emphasis placed on summer internships, having the funds to get your foot in the door is extremely important,” says Joslin. “Every student should get this same kind of opportunity.”