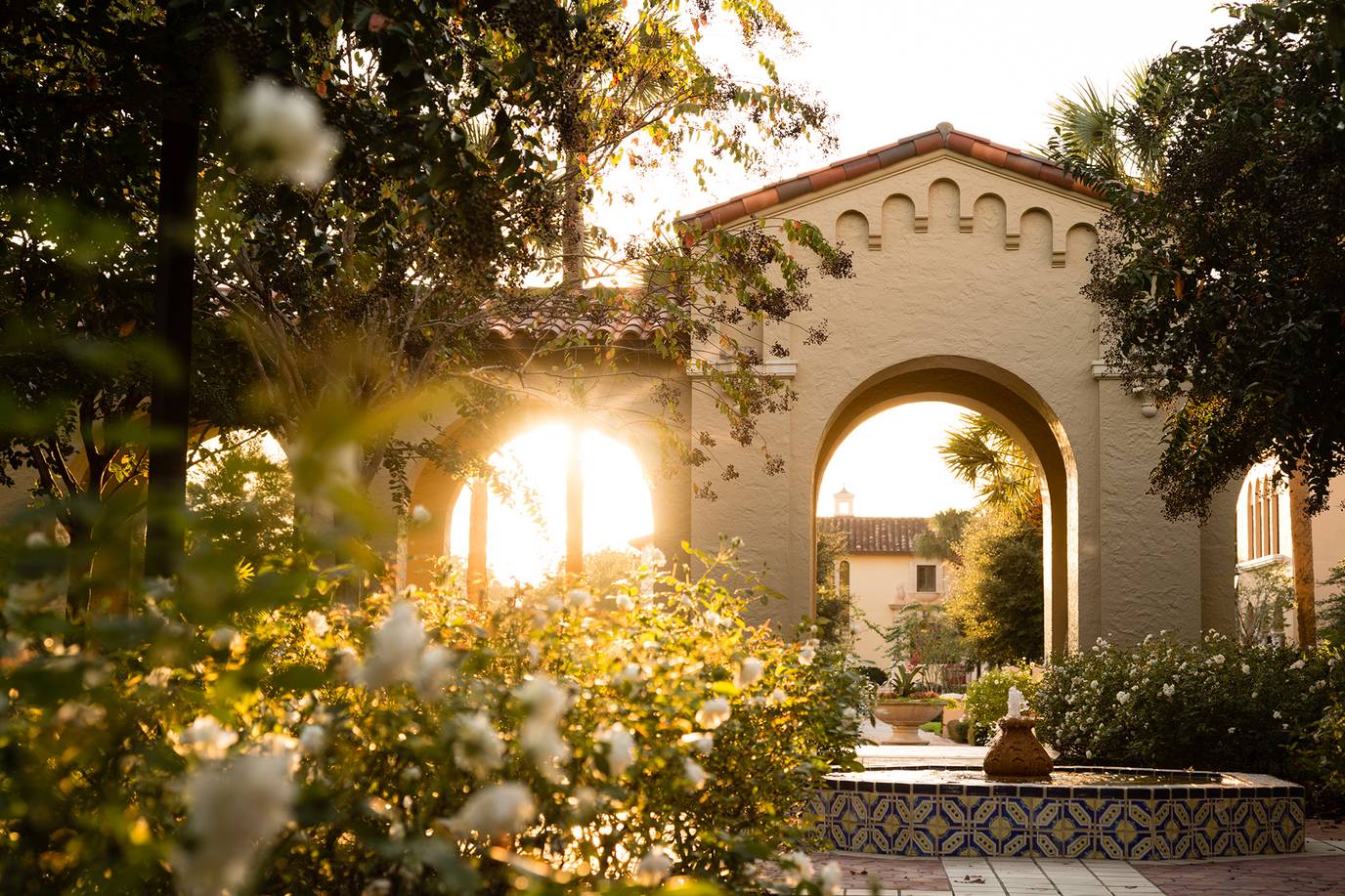 The Princeton Review recently ranked Rollins College as the No. 1 Most Beautiful Campus in the nation.

Rollins College was ranked the No. 1 Most Beautiful Campus this year by The Princeton Review’s The Best 380 Colleges, which was released this afternoon. This is up from No. 6 last year.

Rollins was also ranked No. 6 Easiest Campus to Get Around. This is up from No. 7 last year.

Only about 15 percent of America’s 2,500 four-year colleges are profiled in the 2016 edition of the college guide book, which includes detailed profiles of colleges with rating scores for all schools in eight categories, based on the Princeton’s Review’s surveys on students attending the colleges.

In its overall profile on Rollins College, this year’s Princeton Review guide quotes extensively from students surveyed for the book. Rollins students describe the college as “all about individual growth personally and educationally,” while also stressing “responsible community leadership both on and off campus.” The professors create “an open and invigorating classroom environment,” the liberal arts approach to academics “make[s] [students] competitive in an ever-changing job market,” and the “family environment and the closeness of all of the campus bring all the students together as scholars.”

The Most Beautiful Campus

Students described the campus as “very beautiful and relaxing,” and added that “the accessibility of the lake and the beach [makes] it hard not to bring your books outside.”

Located along the banks of Lake Virginia and defined by its Spanish-Mediterranean architecture, the Rollins campus was ranked No. 1 in the nation for its beauty.

“We are delighted that The Princeton Review’s new edition of The Best 380 Colleges has recognized the beauty of our campus,” says Rollins President Grant Cornwell. “It is an ideal setting for liberally educating students to be global citizens and responsible leaders.”

The rankings are based on surveys of 136,000 students (average 358 per campus) at the 380 colleges in the book in 2014–15 and/or the previous two school years. According to The Princeton Review, the Most Beautiful Campus ranking is based entirely on how students responded to the survey question: “How do you rate the beauty of your campus?”

Students described the campus as “very beautiful and relaxing,” and added that “the accessibility of the lake and the beach [makes] it hard not to bring your books outside.”

The Princeton Review college profiles also include ratings of the schools in eight categories including: admissions selectivity, financial aid, fire safety, and green. The ratings—scores from 60 to 99—are based primarily on data from the company’s surveys of administrators at the colleges in 2014–15.