My Rollins Gateway: The Music of Medicine 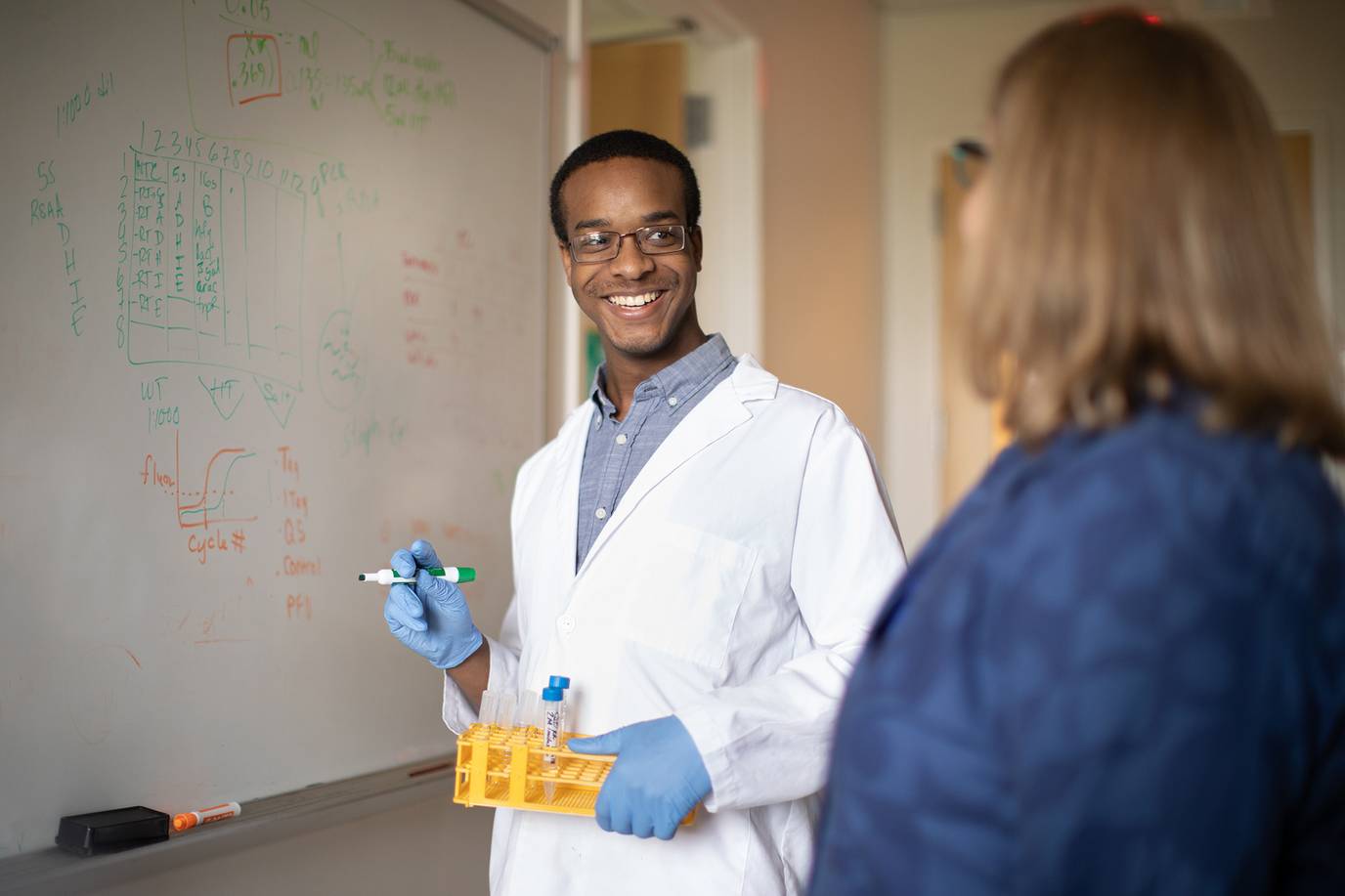 At Rollins, Brandon McNichol ’19 discovered a harmonious interplay of science and art—one that has proved instrumental in his plans to practice medicine.

Biochemistry/molecular biology and music double major Brandon McNichol ’19 believes music is more than notes on a page and medicine is more than science. At Rollins, he discovered how the emotions he connects to through playing the cello are essential in the art of practicing medicine—an endeavor he’s undertaking now as a med student at Northwestern University with an eye on becoming a heart surgeon.

“One of the reasons I feel prepared for med school is my experience in the Rollins Foundations in the Liberal Arts general education curriculum,” says McNichol. “Medical schools are looking for team players and leaders who understand different aspects of the world through multiple lenses. They don’t just want scientists but rather a complete package. These kind of classes and Rollins’ emphasis on exploring a lot of different interests really allowed me to find my niche.”

To attend Rollins, McNichol received the Presidential Scholarship and two music scholarships, both of which enabled him to fully pursue his dual interests both in the classroom and beyond. From participating in an intensive health-care shadowing program and serving as an Immersion student leader to playing cello in the Rollins orchestra and traveling to Honduras to engage in service learning, McNichol charted a pathway through Rollins that has set him up to fulfill his dream of helping others.

Through Rollins’ emphasis on interdisciplinary learning, McNichol learned how to effectively use both sides of his brain to connect his seemingly disparate interests in music and medicine. Turns out perfecting a cello sonata strikes the same kind of chord as conducting methodical research in a lab, where skills like precision, discipline, timing, and adaptability come into play at every turn.

“Finding the crossover between my passions has opened up new worlds for me,” says McNichol. “Rollins teaches you how to learn, and I’ve learned how to be both artistic and scientific. In medicine, you have to know the science of the human body but also the art of relating with people and thinking critically about any given situation. You can’t be a robot. It’s important to have a sensitive touch in medicine, and I actually found that through music.”

McNichol took what he was learning in his small, discussion-based classes and put it to work in the world, most notably through Rollins’ Pre-Med Observership Program. During this intensive shadowing experience at AdventHealth, he spent 12-hour days making rounds with doctors and nurses in fields that included general surgery, internal medicine, emergency medicine, and pediatrics. A typical day on the job meant observing a gallbladder removal or hernia repair.

“Just reading a book doesn’t compare to when you’re there with a patient and all the smells and sensations,” he says. “This program really helped me gain a clear focus on what I wanted to work toward and made me feel confident about becoming a doctor.”

Drawn to both music and science herself, chemistry professor Kasandra Riley played alongside McNichol in the orchestra and became one of the most important forces in his life. She encouraged him toward well-roundedness, toward exploring performance and the arts while also exploring life at the molecular level. It was a combination that would come to define McNichol as he made his way through Rollins.

“[Kasandra Riley] and I have this transition that goes from inside the lab to coming into the rehearsal space, and there’s so much similarity in that you have to be intentional and precise,” he says. “Art and science are a lot more connected than many people think, and she really put me in touch with that.”

McNichol credits Rollins for helping him become a better version of himself. His experiences inside and outside the classroom combined with a challenging, unique double major to give him the tools he needed to chase his dreams.

“Rollins provided me with support at each step of my journey, but it also challenged me to rise up and take full responsibility for the goals I wanted to achieve,” he says. “My experience at Rollins was a whirlwind of concerts, lab experiments, tutoring classmates, global excursions, local Immersions, job shadowings, and internships. And none of it would’ve been possible without the guidance of my many mentors, from my parents and siblings to Rollins faculty and staff to my fellow classmates and friends.