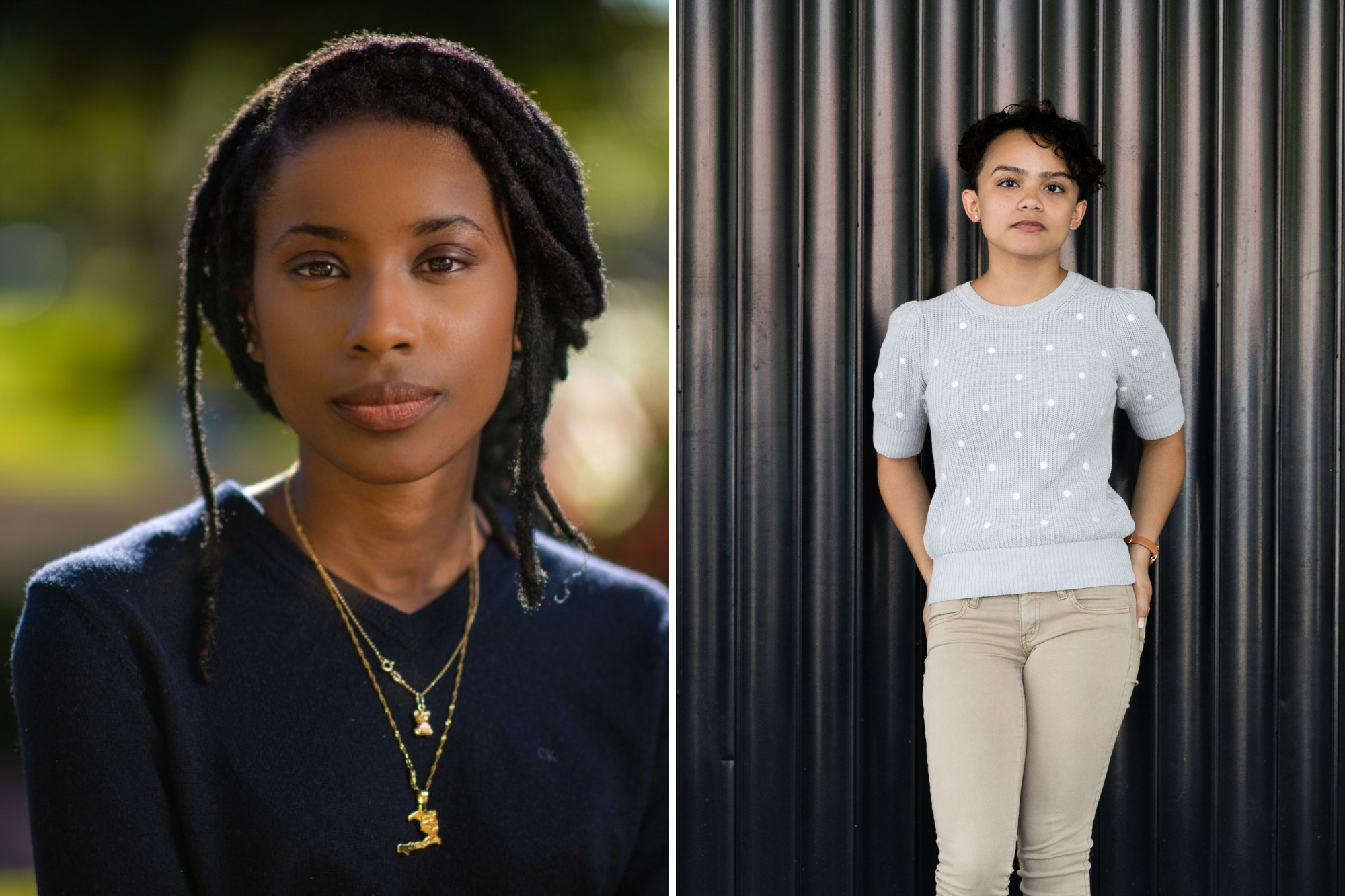 Farahana Cajuste ’21 and Cristina Toppin ’21 have been selected to attend the prestigious Junior Summer Institute offered by the Public Policy and International Affairs (PPIA) program, which will take place virtually this summer.

More than 700 high-performing college students around the country applied for the PPIA program, the goal of which is to help students achieve a master’s degree in public policy, public administration, international affairs, or a related field. Roughly one in six applicants are accepted into the program. To earn one of these rare spots, students have to be “culturally aware, socially sensitive, and committed to public service,” with a vision to make the world a better place—a description that couldn’t be more on the mark when characterizing both Cajuste and Toppin.

“I know what it’s like to be marginalized,” says Cajuste, “and I want to change that for others.”

Cajuste will spend her seven-week fellowship virtually with leaders in policy research and cultural economics at Carnegie Mellon University, while Toppin will focus on human rights and social inclusion at the University of Minnesota. Their credentials on paper provide only small tastes of what motivates them.

Cajuste is president of the Latin American Student Association as well as a member of the Black Student Union, the Caribbean Student Association, and the Muslim Student Union—even though she isn’t Muslim. In 2019, she earned a Millennium Fellowship for bringing various campus organizations into a collaborative force. She went door to door in New Orleans to hear firsthand about domestic issues in underserved neighborhoods. She’s interned with the Consulate of Haiti in Orlando and with the United Nations Association of Orlando, simplifying complex social economic issues to help people understand them. It’s no wonder that Cajuste was chosen as one of Forbes’ 30 Under 30 scholars in 2019.

Toppin’s own life has led her to advocate for racial and gender equality on three continents. In Namibia she met with female students researching ways to make taxi rides safer for women and incorporated the experience into a research project with art history professor MacKenzie Moon Ryan through Rollins’ Student-Faculty Collaborative Scholarship Program. A few weeks later she was in Australia, where she developed briefs on social policies and joined a club for African students. Back at Rollins she organized a campus-wide panel to raise awareness for low-income students while also being active in Voices for Women, the Black Student Union, Latin American Student Association, and the Embark program, a cohort-based student development opportunity for students of underrepresented backgrounds.

Cajuste and Toppin aren’t just trying to fill out their resumes.

Standing up for others? “It’s part of who I am,” says Cajuste, “and where I’ve been.”

Farahana Cajuste ’21: A Life of Perspectives

Cajuste starts to explain “where I’ve been,” then pauses and laughs. “I know. It can be complicated.”

“Complicated” can refer to her double major in economics and public policy and political economy. But she’s actually talking about being born in New York City to parents who are diplomats for Haiti. The Cajustes moved often—the Bahamas, Canada, Dominican Republic, South Florida. Along the way, Cajuste learned to speak Haitian Creole, French, and Spanish in an effort to better connect with people.

More important, she learned to listen.

“I saw firsthand how stereotypes work across cultures,” says Cajuste. “There can be a divide based on the darkness of your skin or the unasked question of ‘are you poor or not poor?’ In the Dominican Republic I was exposed to injustices faced by Afro-Caribbean communities, which did not sit well with me considering I was on the same island of my family’s origins [Hispaniola]. That experience became the catalyst for what I’m doing and for applying to PPIA.”

Shortly after arriving on the Rollins campus, she met Jayashree Shivamoggi, director of the Office of External & Competitive Scholarship Advisement. Cajuste would be in and out of Shivamoggi’s office for the next three years.

“I think all along from our very first conversation, she was quietly guiding me toward this PPIA Fellowship,” says Cajuste.

She also credits economics professor Anca Voicu for fostering character and leadership, and Isaac James ’20, who himself rose from Sudanese refugee in Kenya to Rollins’ first student to earn a spot in the Junior Summer Institute. “Isaac inspired me to use my personal perspectives to think big.”

After completing the PPIA Fellowship, Cajuste plans to gain yet another perspective while studying abroad in Switzerland. “It’s a world economy center for all social classes, so it makes sense.”

From there she’ll pursue a master’s in international development and public administration, an internship at The World Bank, and perhaps a job with the U.N. It all fits into the way she answers the world’s most complicated problems: “I want to learn from everyone.”

Cristina Toppin ’21: Straight to the Heart

The typical path from collegiate achiever to policy developer might include an internship in Washington, D.C. Toppin, however, wants to make a more direct impact.

“The most vulnerable social groups need a voice,” she says. “Those under threat of domestic violence and those without financial means or privileges. I know what it’s like.”

Toppin grew up in a lower-income home and didn’t really know the value of her own voice until she stepped onto the Rollins campus.

“I wanted to advocate for others,” she says, “but I wasn’t sure I’d be taken seriously.”

As a first-year student, she took an art history class with Moon Ryan, who asked Toppin—a double major in political science and religious studies—to collaborate on an African art project that two years later would be exhibited at the Cornell Fine Arts Museum. Sociology professor Amy McClure would also become a mentor, which serves as continued proof of the power of interdisciplinary learning.

“The experience was an important stepping-stone,” says Toppin. “It really showed me that, after graduation, I can influence policy in whatever I do, whether or not I’m involved in government.”

She’d been the victim of an assault in high school and was still enmeshed in the criminal justice system during her first few months at Rollins. The professors drew out the confidence she needed to stand up for herself and the determination to prevent others from going through the same thing, or worse—with no resources or advocates.

“There’s a lot of emphasis on reform,” says Toppin, “but reform happens after crimes have been committed. I want to start conversations from the standpoint of women in underrepresented communities who find themselves in difficult circumstances through no will of their own. A person shouldn’t need a connection in Congress to be heard.”

Toppin wants to use her PPIA Fellowship as an “energizer” to help grow a network of policy influencers. From there, she’ll apply for a Fulbright Scholarship in the U.K., where she’d like to expand her knowledge on race and gender disparities in public policy programs. 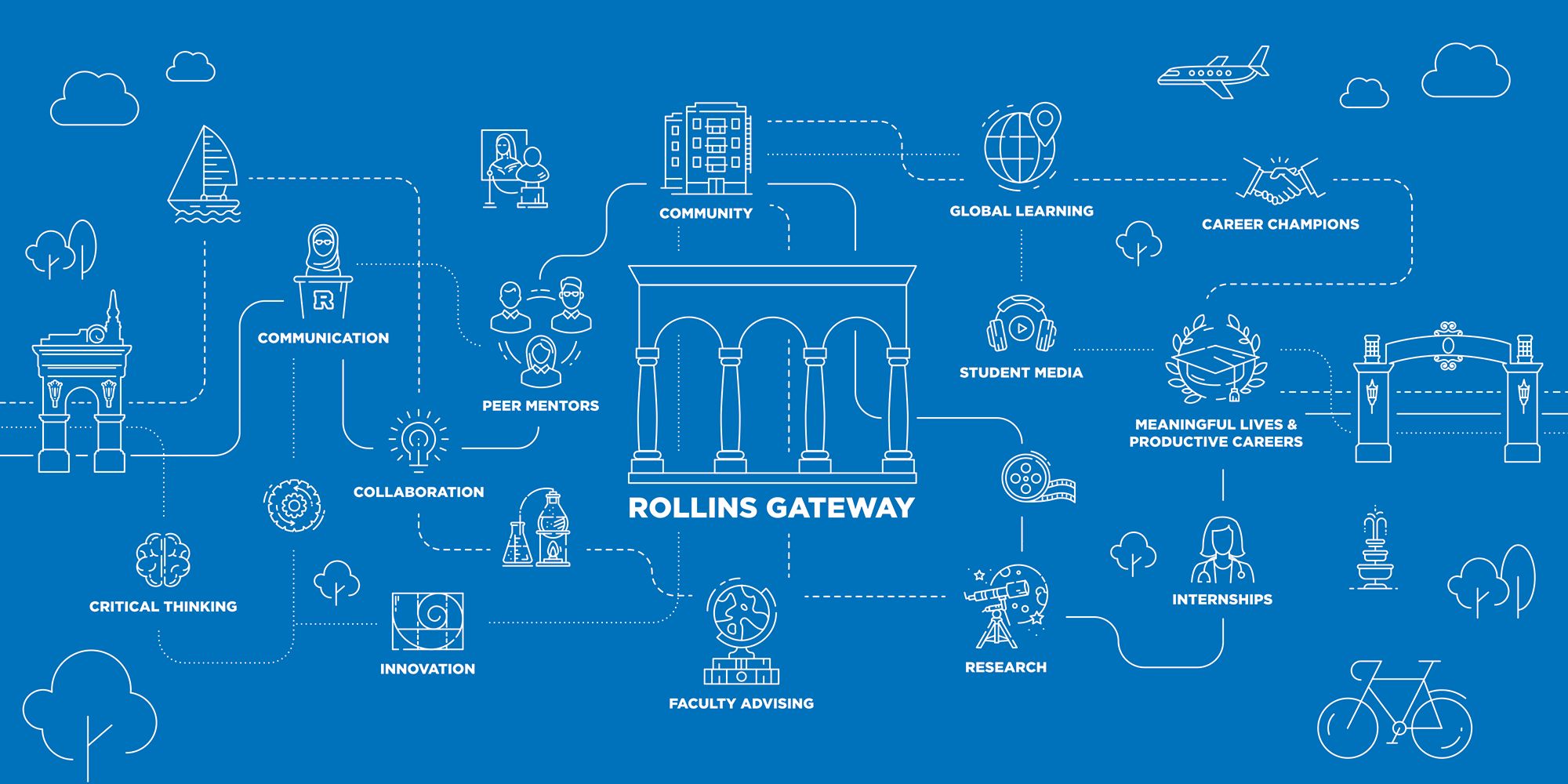