When her father suffered a workplace accident, Amanda Ames ’18 found her calling in the health sciences. Now she has a full ride to pursue her PhD at the University of Michigan.

Growing up, Amanda Ames ’18 had always been interested in science. But it wasn’t until her father, a mechanic, lost his left arm in a workplace accident that she discovered her passion for health.

“Having to go through that traumatic time with him—he was in the hospital for 20 days—that just really inspired me to want to be in that field and help others,” says Ames, a first-generation college student whose mother, Dawn Ames, is an administrative assistant in the Department of Philosophy & Religion.

After graduating from Lake Minneola High School in Clermont, Ames began taking pre-med classes at Rollins. However, during a hospital internship in Spain after her sophomore year, she found it difficult to remove herself from the emotions that come with treating sick and injured patients.

So Ames shifted her major to biochemistry/molecular biology, with the goal of researching potential new treatments for diseases like cancer. We got to catch up with Ames this fall as she was starting classes at the University of Michigan, where she has a full ride to pursue her PhD through the school’s Program in the Biomedical Sciences.

Why was that experience shadowing doctors in Spain such a turning point? “I realized that becoming a physician and practicing on people wasn’t necessarily what I was passionate about. Rollins helped me discover that my passion was the science that comes along with curing disease and having the potential to save hundreds of thousands of lives.”

Why study the sciences at Rollins? What sets it apart from similar programs at other colleges? “At other institutions, it can be very easy to fall through the cracks because there might be 300 people in your class. Having a more intimate experience in that field—and having mentors supporting you through it—gives you a better chance to learn the material and reach a higher potential, and ultimately allows you to be more successful.”

You’re at Michigan now, but your first exposure to the campus came last summer as a research fellow in the College of Pharmacy. How did that come about? “I wouldn’t have even known about the program had it not been for a Rollins professor who suggested it. One amazing thing about the program was it was specifically designed for students from small liberal arts schools. It gave us the opportunity to determine whether grad school was for us.”

How has Rollins prepared you for success? “I think I’d be a totally different person if I’d gone to another institution. Especially being part of the honors program, I’ve been exposed to a different method of learning. If I had gone anywhere else, I wouldn’t be pursuing my current career path. I learned about global citizenship and using your strengths to maximize your impact on the world. The support and relationships you build at Rollins—you can’t get anywhere else.”

We understand that one of those supportive relationships came in the form of James Patrone, assistant professor of chemistry. “Yes, Dr. Patrone has been a mentor to me ever since I was a sophomore. We worked together on my honors senior thesis, which examined an enzyme that’s responsible for skin pigmentation. It was by far one of the most positive experiences I’ve ever had. He gave me a lot of support on my project and in life, and he saw potential in me when I hadn’t even realized it yet.”

How did Dr. Patrone’s support and mentorship help you complete your thesis? “For the last month before my thesis was due, I think I spent at least two hours a day in his office. He made himself so available and was really flexible with me. He’d give me a space to work in his office even when he wasn’t there, just so I could get away from things and focus. He was such a key component in that project and always made me a priority.”

You were one of the first graduates of the rFLA (Rollins Foundations in the Liberal Arts) general-education curriculum. How has that impacted you? “If I didn’t have exposure to the different fields that the rFLA system allows for, I’d be seeing with a different lens. With anything that’s going on in the world, my first instinct is to pull from every bucket of those classes I took—anthropological perspectives, the humanities, philosophy—to allow me to explore the right thing to do.” 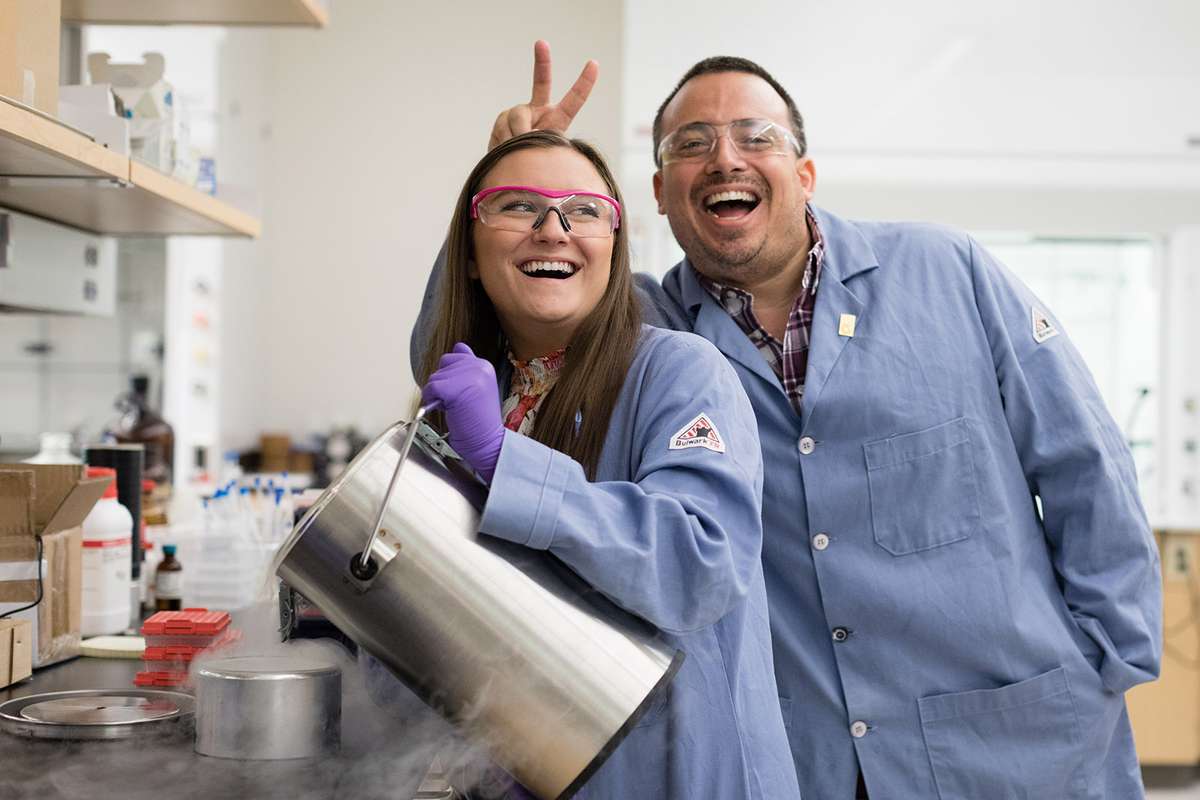 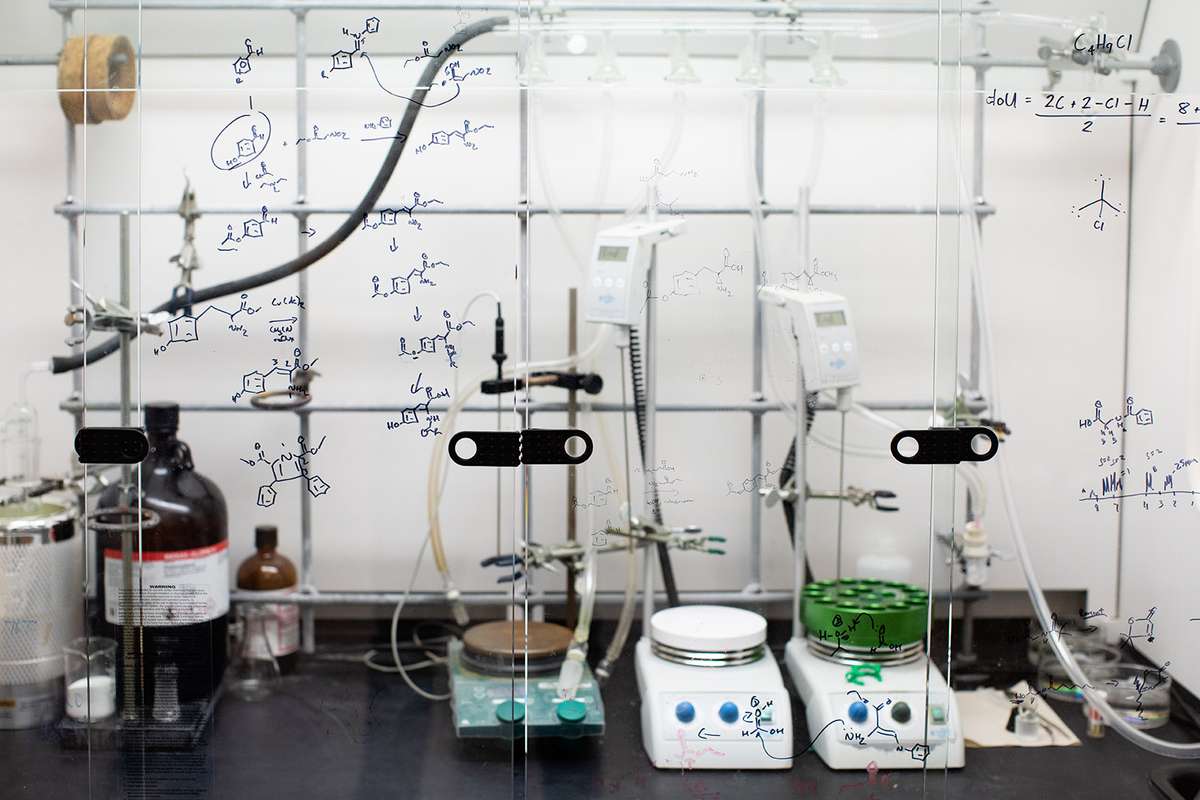 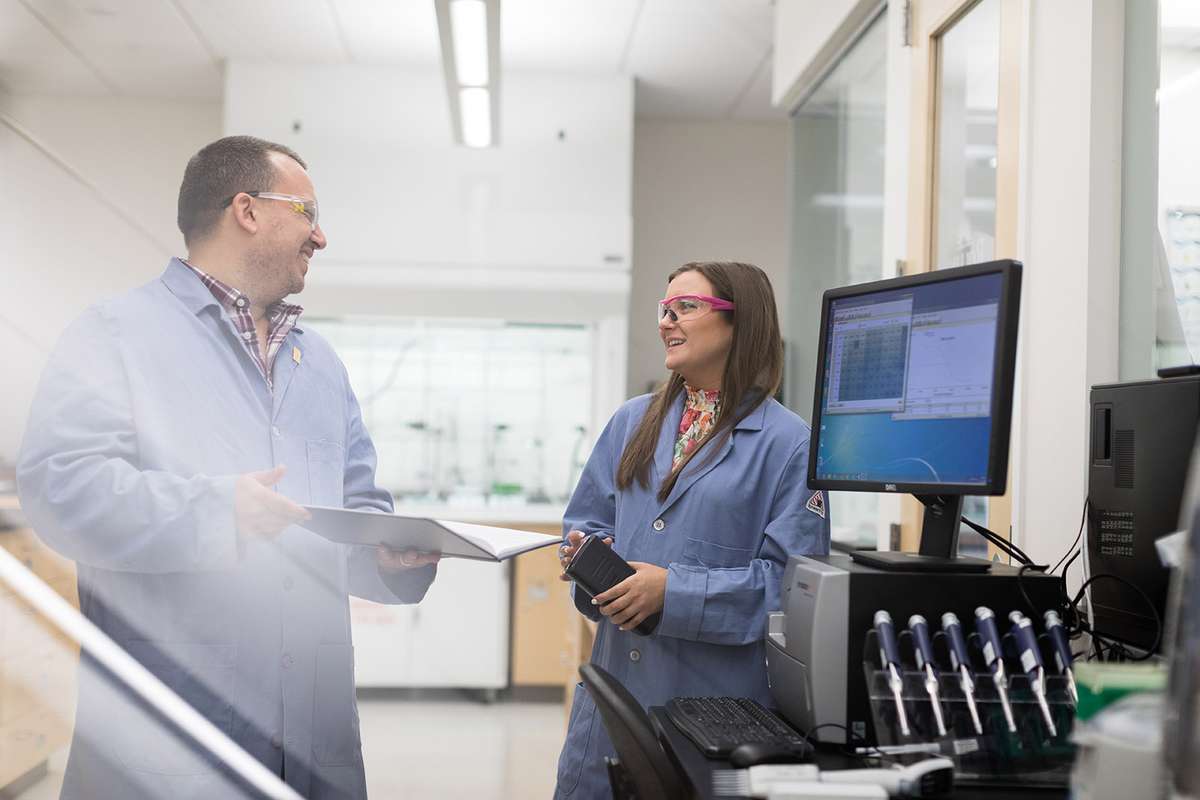 Where do you see yourself in five to 10 years? “Having a PhD gives you a lot of freedom in the science field. I’d love to be a professor and help train the next generation of scientists, but I’m also very passionate about devoting a good portion of my life to meaningful research and making a difference, and I could do that through academia or potentially working in the biotech industry. Right now it’s too early to say, but I’ll be taking advantage of every opportunity to figure that out.”

Any advice for incoming first-year students? “Take advantage of every opportunity you have because that’s really when you’re going to benefit from the Rollins education. There are so many organizations and people surrounding you who are there to support you. It can be easy to ignore it and feel alone, but if you can stay open-minded and take advantage of every opportunity, you’ll get more out of your college experience than you ever would’ve thought.”