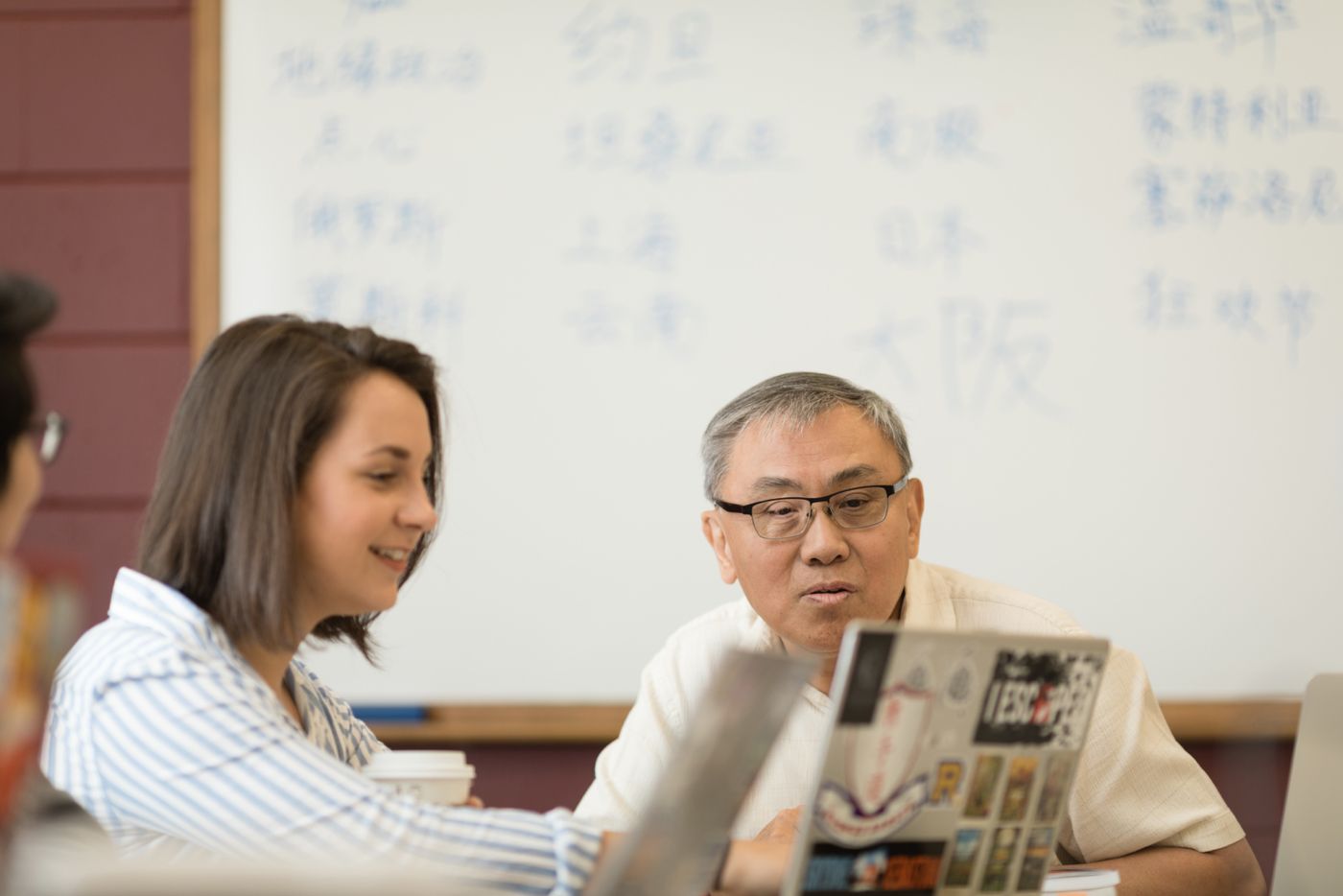 Karina Barbesino ’19 has earned a Boren Scholarship, a prestigious award reserved for students who intend to pursue careers in federal national security.

The National Security Education Program has named Karina Barbesino ’19 as a 2017 Boren Scholar.

The David L. Boren Scholarship provides funding for U.S. undergraduate students to study less commonly taught languages in international regions critical to U.S. interests. In exchange for funding, Boren Scholars commit to work in the federal government for at least one year after graduation.

The scholarship is a perfect fit for Barbesino, a double major in international relations and Asian studies who speaks five languages and plans to pursue a career in cyber security policy.

This summer, Barbesino is studying business and culture and accelerated Chinese language in a pair of study abroad programs at Shanghai’s East China Normal University. In the fall, she’ll continue her Mandarin studies in a third study abroad program based in Kunming, near the China-Vietnam border. She also plans to pursue a Critical Language Scholarship so she can continue her studies in China next summer.

Barbesino’s love of foreign languages began early. Her parents, who emigrated to the U.S. from Croatia when she was a baby, both speak multiple languages, which inspired a multilingual drive in their daughter.

“I always wanted to catch up to them,” Barbesino remembers, “but they always taught my brother and I English, because that’s the only language they had in common.”

“Now I speak German and neither of them speaks German, so that’s kind of my revenge,” Barbesino says with a chuckle.

Barbesino graduated high school a year early so that she could spend her senior year in Austria developing German fluency. She also studied Spanish for six years and speaks basic Croatian.

Barbesino’s interest in Chinese has swelled during her first two years at Rollins. In fact, she and several classmates designed a Chinese minor with Li Wei, a Chinese lecturer in Rollins’ Department of Modern Languages & Literatures.

“I really want to become fluent,” she says. “I also want to focus on internet slang in forums online because that’s a huge thing in China in how they get around censorship, and you need to know all the nuances of the languages to get that.”

The Boren, which carries a maximum award of $20,000, will make that possible. While the award’s funding will allow Barbesino to immerse herself in Chinese language and culture for more than six months, she thinks the scholarship’s connection to federal service is equally beneficial. In fact, Barbesino views the Boren’s yearlong commitment to work in the federal government as an opportunity rather than a requirement.

“I really want to work in the federal government in national security and it’s really competitive,” says Barbesino, who is pursuing a computer science minor in addition to her self-designed Chinese minor. “As a Boren Scholar, they give you priority hiring, so I knew if I could get this scholarship it would help a lot finding internships and jobs.”