This past summer, students and faculty joined forces in tackling some of their fields’ toughest issues as part of Rollins’ Student-Faculty Collaborative Scholarship Program.

Curating an original museum exhibit. Building a brand-new type of microscope. Collecting invaluable data on immigration right at the source. These bold endeavors are just three of the nearly two dozen projects that Rollins’ industrious students and inventive faculty teamed up on this summer through the Student-Faculty Collaborative Scholarship Program.

Since its inception in 2000, this program has allowed Rollins undergrads to engage in the kind of original scholarly research that’s typically available only at the graduate-school level. Many of the students who participate in the program enter grad school having already published an article in a journal and having presented at an academic conference, and the following three projects are sure to be no exception.

Physics professor Ashley Cannaday ’11 and her team of burgeoning scientists didn’t just use a microscope to study the interaction of light with biological cells this summer—they built one from scratch. Unlike a traditional microscope that captures an image of a sample, their microscope illuminates the sample with laser light and collects the light that was scattered off at different angles.

“We have built our microscope with optical components you can find in any undergraduate optics lab, which is inexpensive and completely customizable,” says Cannaday. “We designed and aligned every component of our system, which can detect the scattering of light from a single cell at a time as opposed to hundreds or thousands of cells.” 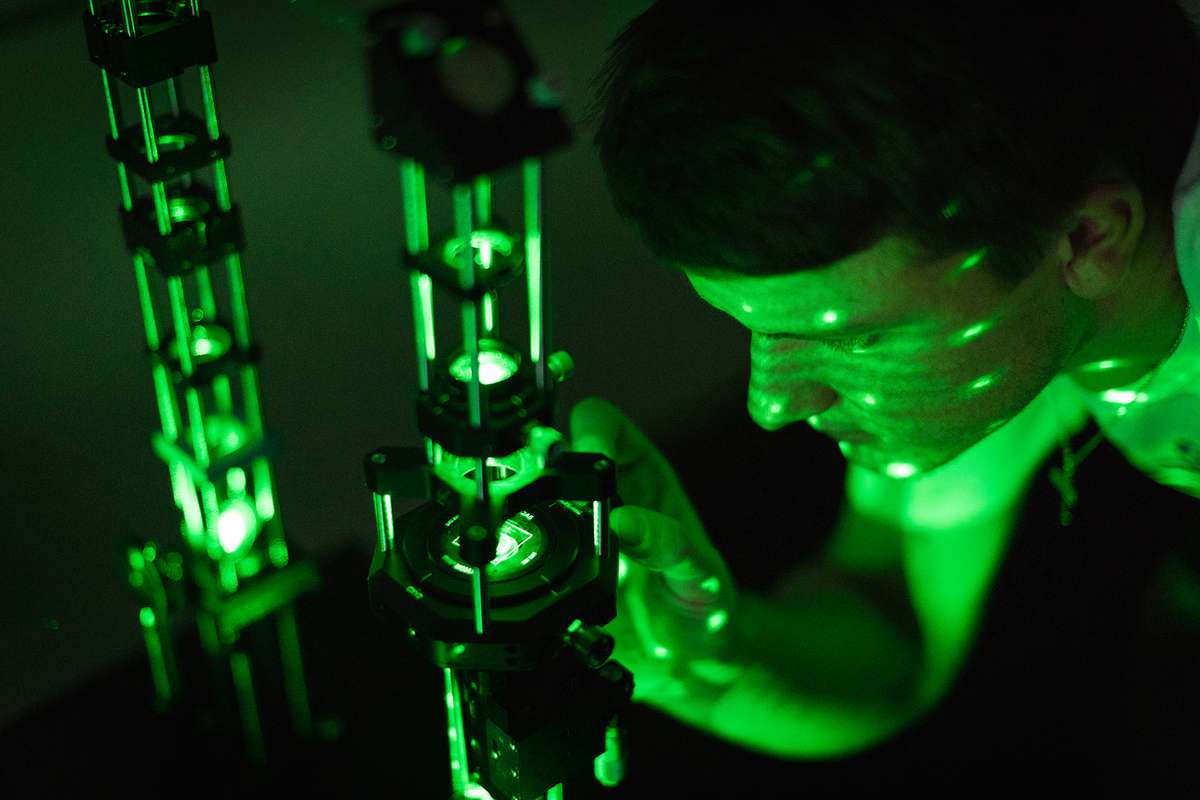 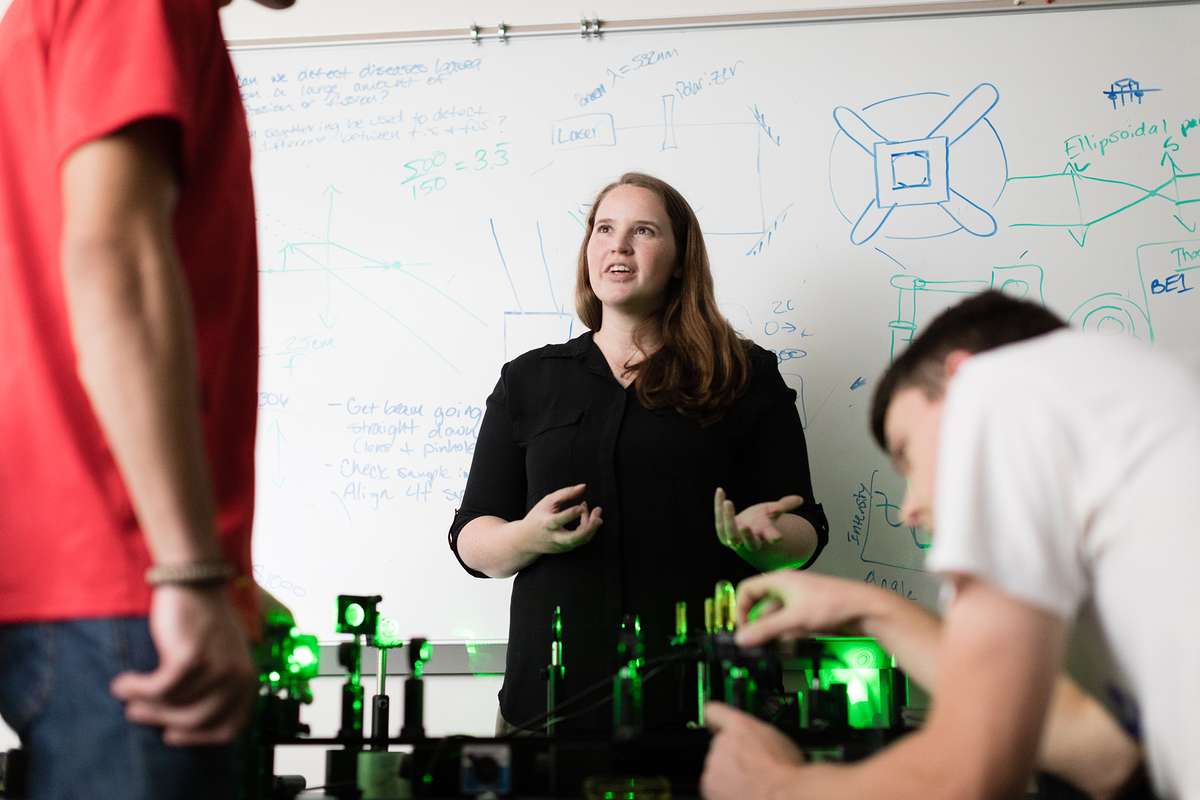 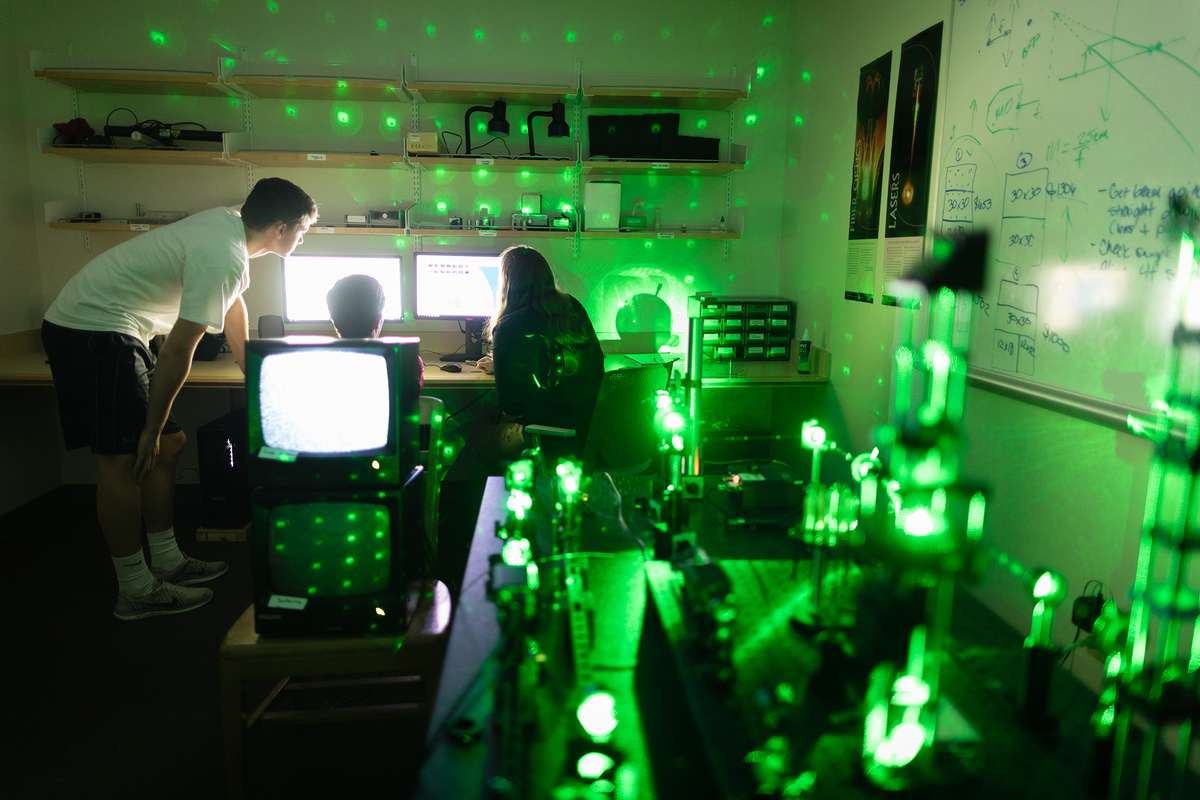 Cannaday—who a decade earlier was conducting her own research through the Student-Faculty Collaborative Scholarship Program with physics professor and mentor Thomas Moore—says that the value of this technique lies in retrieving information noninvasively, avoiding any potential of killing the cell or introducing various chemicals to the process. Using this microscope, the team can size scatterers as small as 100 nanometers, which is about 1/500th the size of a human hair, and detect a difference of 10 nanometers in size between two different samples.

“If quality scattering measurements can be collected using the off-the-shelf components in this microscope,” says Cannaday, “it may open the door for possible portable systems in diagnosing disease in low-resource settings.”

The entire field of biomedical optics is about real-world application, which is why Cannaday was drawn to it in the first place. It’s all about using something so common—light—to such a great effect by informing, assisting, and improving medicine.

Light scattering can be used to determine the health of cells and to monitor and better understand their behavior during different biological processes. Cannaday explains that they can use their angular scattering microscope to compare the nuclei of healthy and abnormal cells and can measure the light scattered from mitochondria in a cell as it’s dying to better understand what’s causing it to deteriorate.

One of the team’s goals is to use their microscope to study protein aggregation around cells, which is often present in patients with neurological diseases such as Huntington’s and Alzheimer’s. Measuring how the light scatters off the cells with the protein clumps and comparing it to healthy cells paves the way for potentially diagnosing these diseases earlier than current methods allow.

“This research project has been such an eye-opening experience,” says Samuel Hanna ’21. “The process of actual research is so different from the lab or classroom work—it’s more difficult. There’s a drive behind actual experimentation that makes the work much more pleasurable, and it comes more naturally because you’re working toward your own goals.”

“Since research like ours hasn’t been done before, it was completely up to us to figure out what the problems were and how to fix them along the way,” says James Hoelle ’21. “Being able to build this microscope from literally nothing was an absolute thrill and provided such a sense of accomplishment, especially since it has the potential to help with the early detection of diseases like Alzheimer’s.”

The next step for the research is to further investigate how to optimize the system so that it can yield even more accurate results. Some of this work will involve simulation studies of scattering, and some aspects will be experimental. The goal is to publish results in The Journal of Biomedical Optics or The Journal of the Optical Society of America, and the team plans to attend a conference on lasers in medicine next summer.

This past summer, Morgan Snoap ’20 and Cristina Toppin ’21 not only learned firsthand how to perform scholarly research and master the intricacies of curating a professional exhibition, but they got an up-close look at how art can so compellingly share people’s stories. Alongside art professor MacKenzie Moon Ryan, the students began the diligent work of curating an exhibition of African textiles, clothing, and adornment at the Cornell Fine Arts Museum.

“Morgan and Cristina are experiencing what it means firsthand to curate,” says Moon Ryan. “From in-depth scholarly research to carefully examining artworks, they are partners with me in this exhibition, which is providing them unparalleled experience in museum work.”

For the past three months, the trio planned the exhibition’s title and conceptual framework, selected artworks from a private local collection, and started writing the scholarly catalogue. They combed through everything from kanga cloth to North African metalwork and came away with a newfound understanding of the ways art reflects politics and religion and vice versa in our interconnected world. 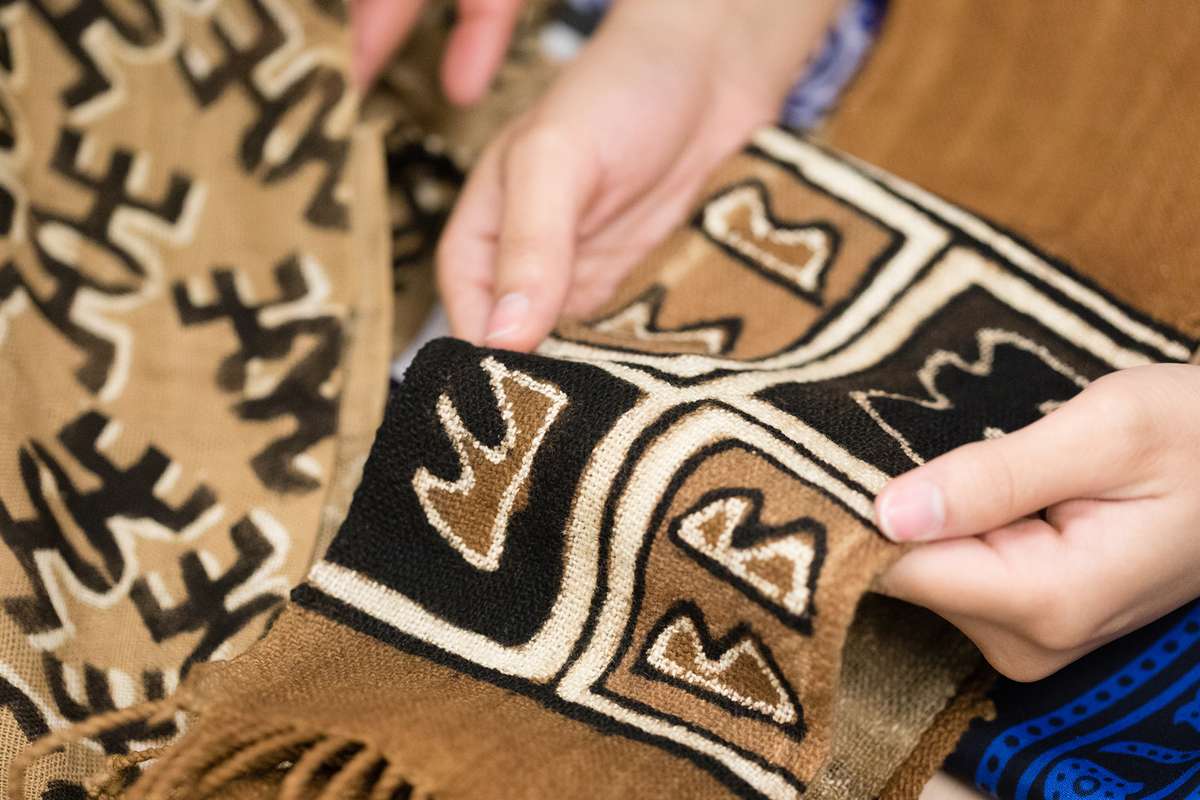 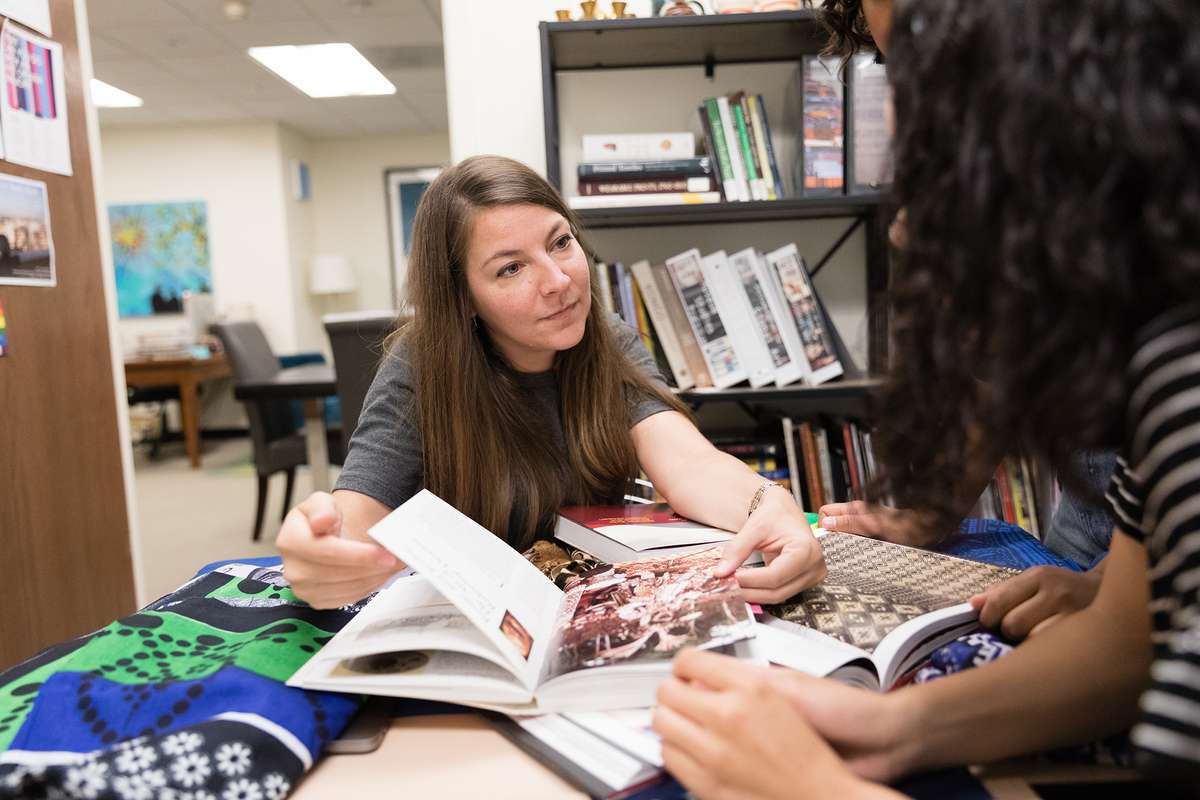 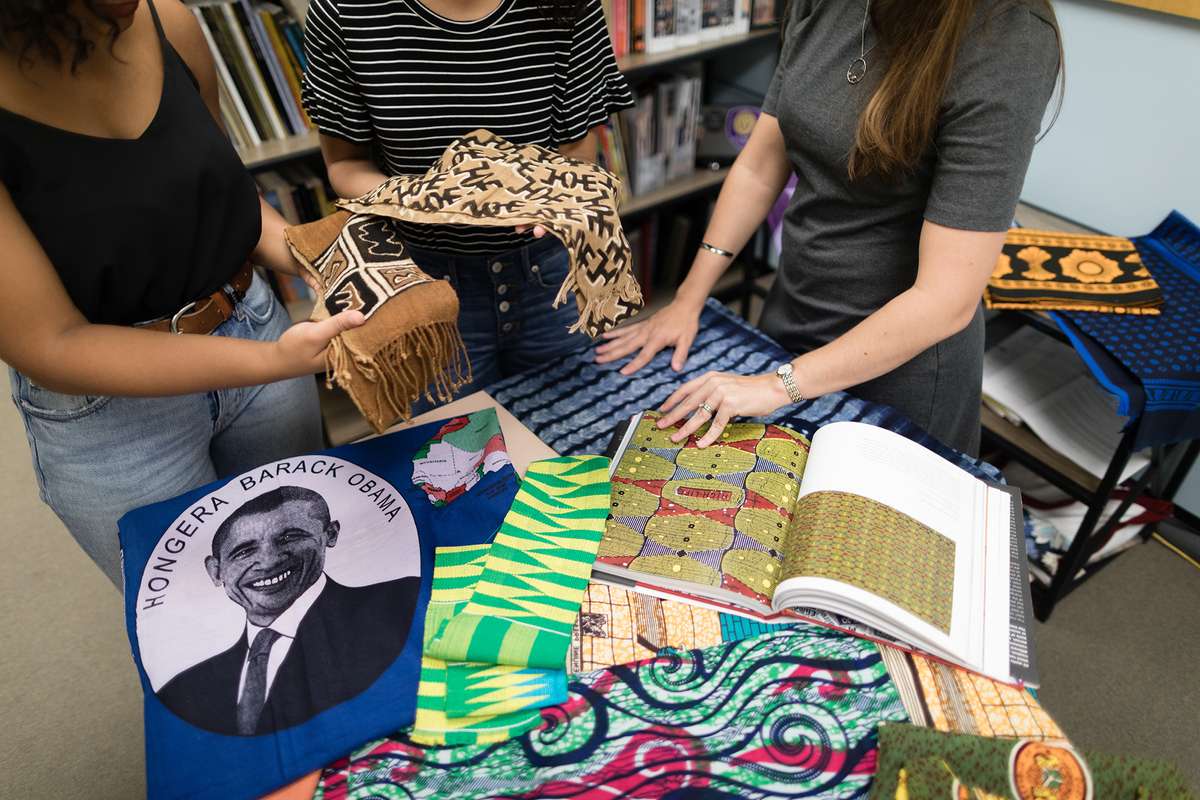 “Museums are one of the most accessible and mesmerizing mediums for education,” says Cristina Toppin ’21. “The visitor could be a young child with little resources who travels to different worlds through museums and books or a college student who becomes motivated to advocate for international human rights having read about the Sudanese Civil War or the Namibian genocide.”

“I am coming away from this project with an intense appreciation for an artwork’s capacity to communicate meaningful messages,” says Cristina Toppin ’21, who credits this research project for showing her how to turn her academic passions into a career. “The pieces that we handled carry stories of Colonial legacies, global interactions, social movements, cultural remembrance, national pride—you name it.”

“Because of this experience—especially being able to touch the textiles, feel the different textures, and closely examine the craftsmanship—I am now considering writing my honors thesis on North African textile traditions,” says Morgan Snoap ’20. “Everything I’ve learned will be unbelievably valuable when I go to the Textile Museum in D.C. to begin my research.”

The exhibition is slated to open January 2020 at the Cornell Fine Arts Museum, where it will be on view for both the Rollins and Winter Park communities. The production of an accompanying scholarly catalogue will ensure a broader reach for the exhibition, as it will be distributed widely and found in libraries across the country and beyond. The team also plans to present their research at an academic conference.

Anthropology professor Nolan Kline ’08 came back to Rollins as a faculty member to continue the work he started as a student. As an undergrad, he worked with the Farmworkers Association of Florida and discovered his passion for activist anthropology, the focus of which is to create a commitment of mutual accountability with a community organization and work collaboratively toward a political goal. Now as a professor, he’s dedicating his life’s work to issues of equality through the lens of both medical and applied anthropology.

This project with Mary Vickers ’19 is Kline’s first through the Student-Faculty Collaborative Scholarship Program, arising from his Activism and Social Change course in which Vickers became intrigued by issues surrounding farmworkers and immigration enforcement. Through a mix of focus groups and individual interviews, the pair set out to answer two important questions for the Hope CommUnity Center and the Farmworkers Association of Florida, both located just 40 minutes from campus in Apopka: To what extent does police presence result in heightened fear among Hispanic immigrants in Central Florida, and how might this fear translate to avoiding health and social services? 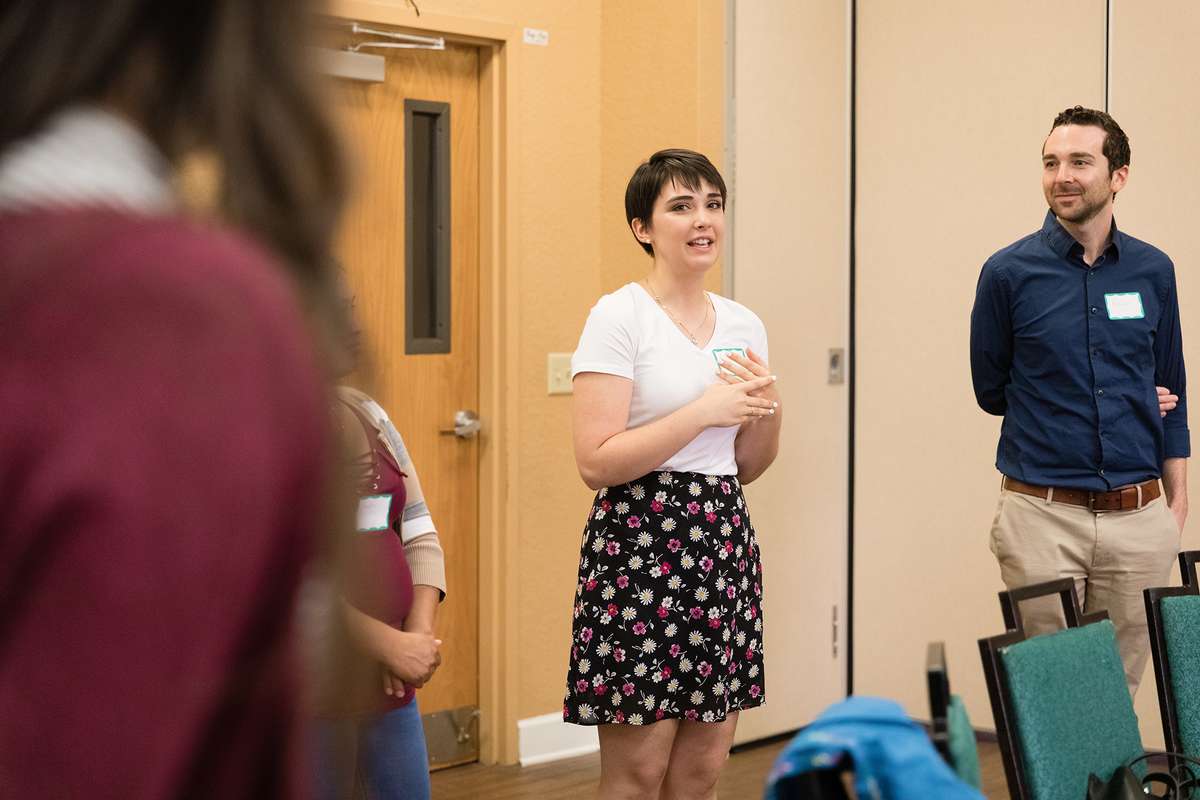 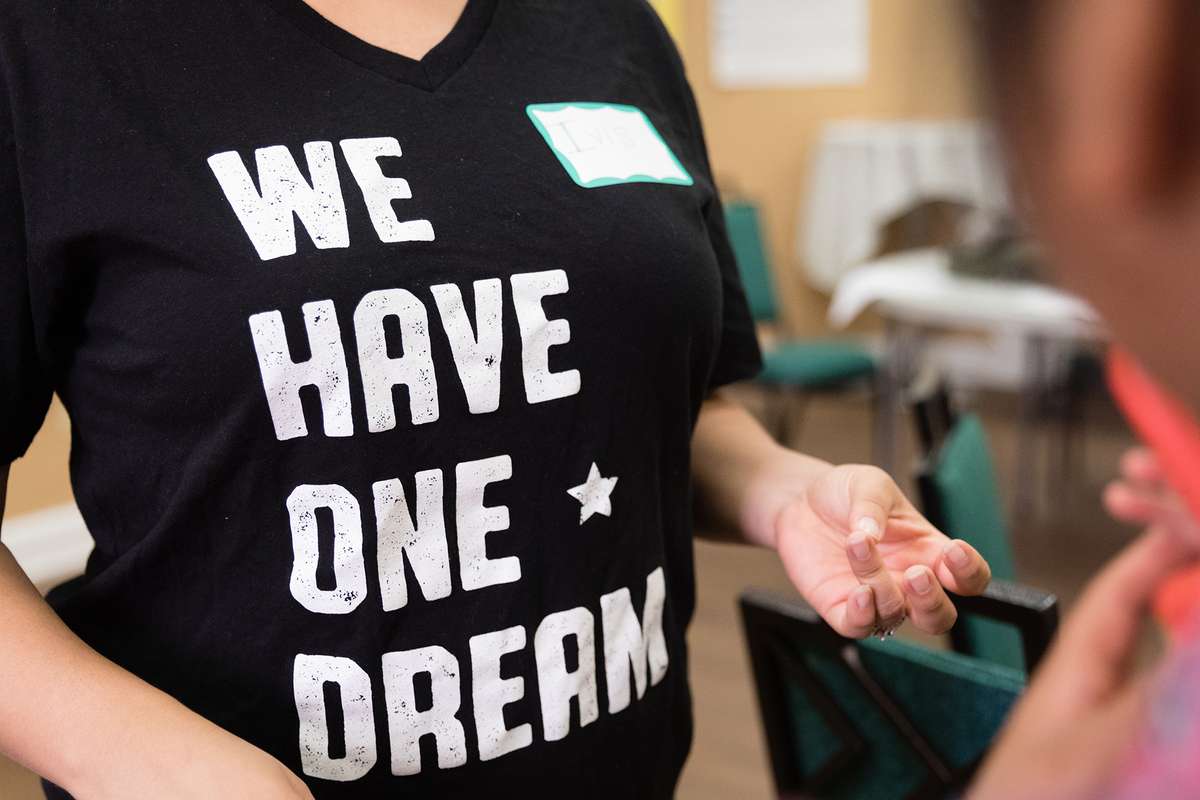 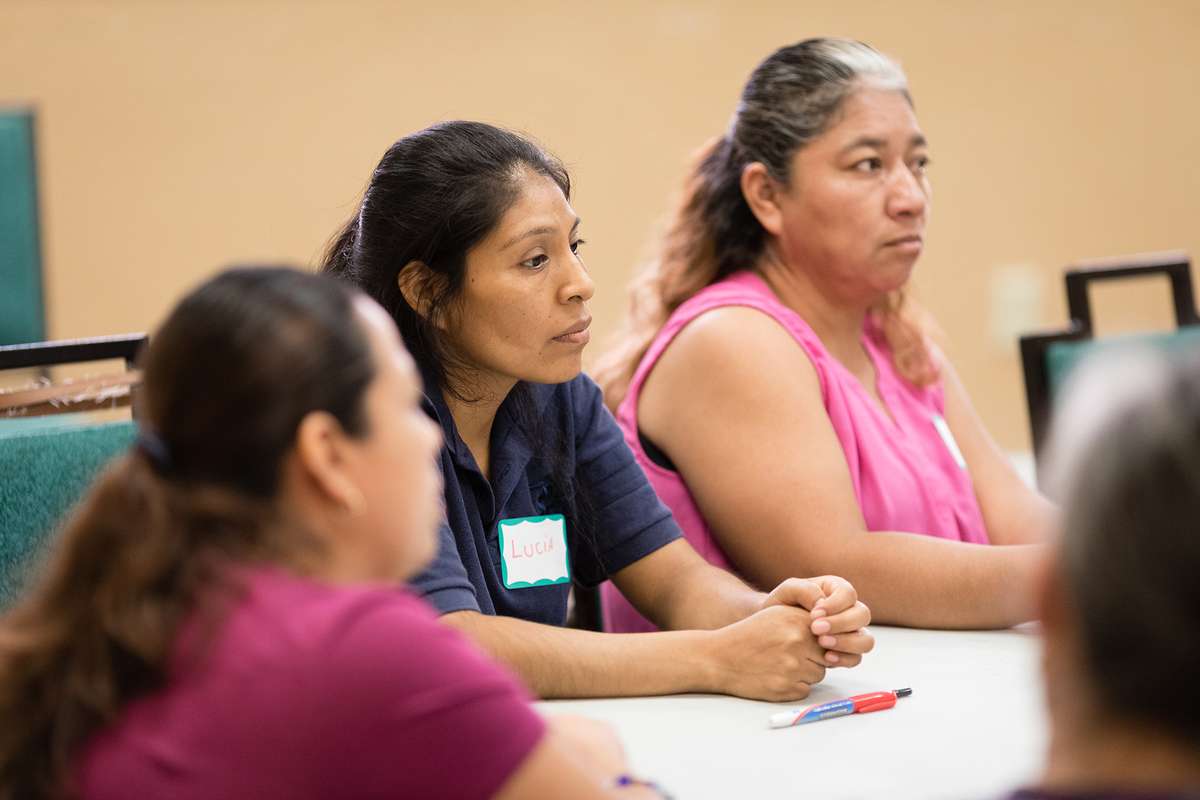 “We expected that we’d hear things like people don’t leave their house anymore for fear of being pulled over or don’t go to the doctor or stopped coming to the community center for English classes,” says Kline. “But what surprised us most is that people said the police stuff was just a given and that what really affected them was the blatant racism they were seeing in their everyday lives and how people were actually acting on their racism.”

For eight weeks, Vickers spent every day at either the Hope CommUnity Center or the Farmworkers Association, asking tough questions, listening to stories of turmoil and triumph, and learning from community providers who tirelessly advocate for immigrant rights even when the fight seems hopeless. And it turns out she has found her calling to do the same.

Kline explains that this project uses a community-based participatory design, meaning that the community organizations will directly benefit from the results. The duo will provide data on whether the organizations’ clients are fearful of seeking health and social services and whether a “Know Your Rights” training might mitigate any existing fear. By examining the link between immigration enforcement and health, they’re documenting the real-world consequences of policy and how they translate into lived experiences for immigrants and service providers, advancing knowledge on how immigration itself is a social determinant of health.

“This experience with Mary has truly revealed the transformative potential of this kind of research that directly emerged from the Student-Faculty Collaborative Scholarship Program,” says Kline. “The goal of activist, community-based research is to work hand in hand with an organization to advance its mission and to learn something from it, and Mary’s doing it.”

“This summer was the first time I felt like I was doing exactly what I was supposed to be doing,” says Vickers. “I started the summer with essentially no research or ethnographic experience, and now I’m doing data analysis, applying to present at conferences, and preparing to write an academic article. I don’t think there’s anything that can prepare you to have conversations with people you just met about the systematic discrimination and oppression that affects every aspect of their life. It was incredibly humbling and has shown me what I want my career to be.”

Kline and Vickers have outlined their initial findings and recommendations for next steps in reports for the Hope CommUnity Center and the Farmworkers Association of Florida. The latter is planning to release the report to local journalists in hopes of building more awareness and nuanced conversations around immigration enforcement. The pair will present their results to the Apopka community later this semester and will apply to present at the Society of Applied Anthropology in March 2019. This research project is also part of Vickers’ work as a newly selected United Nations Millennium Fellow, so she will be organizing an advocacy project to heighten awareness of this particular immigration issue on campus. 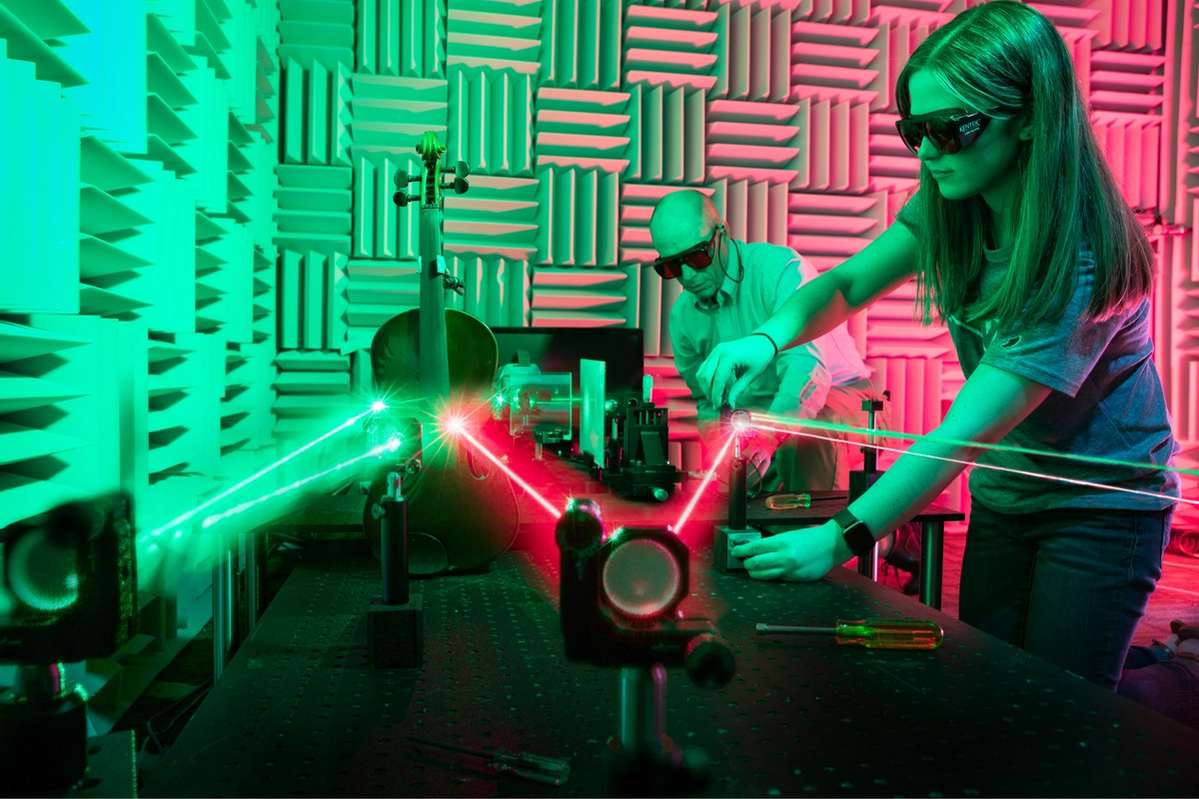 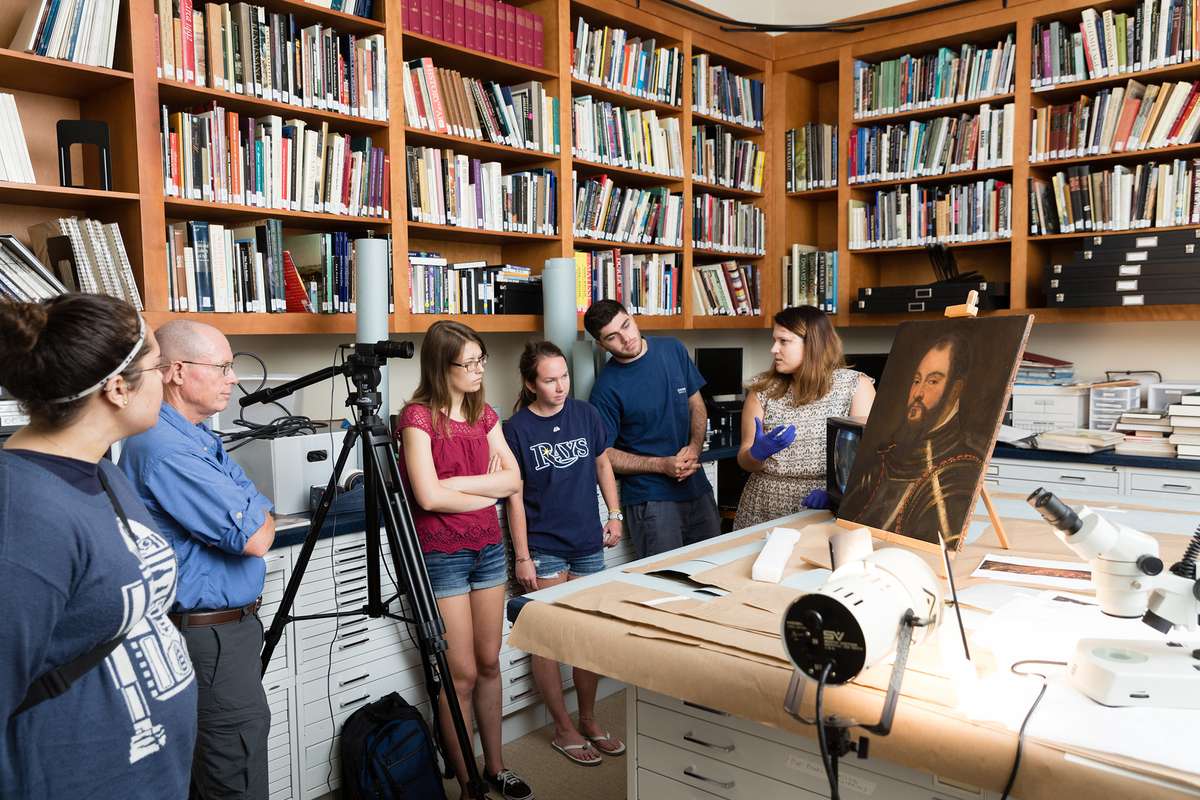 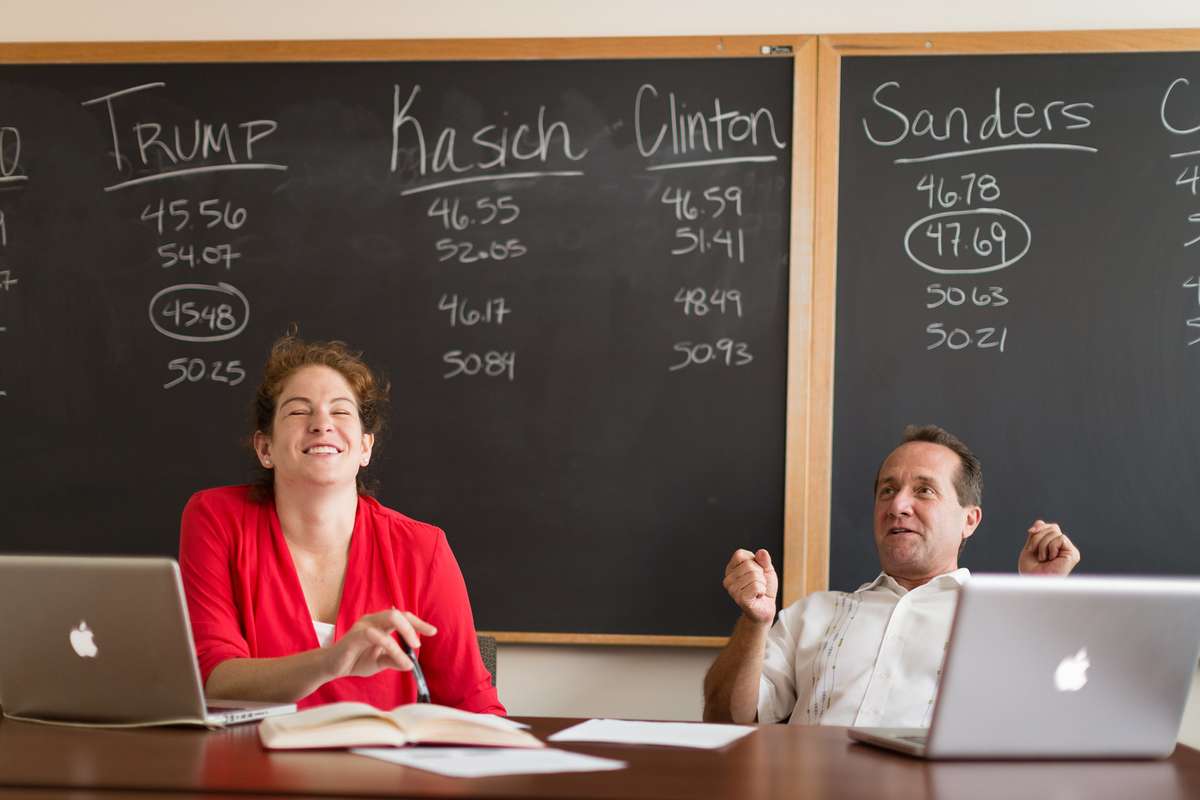 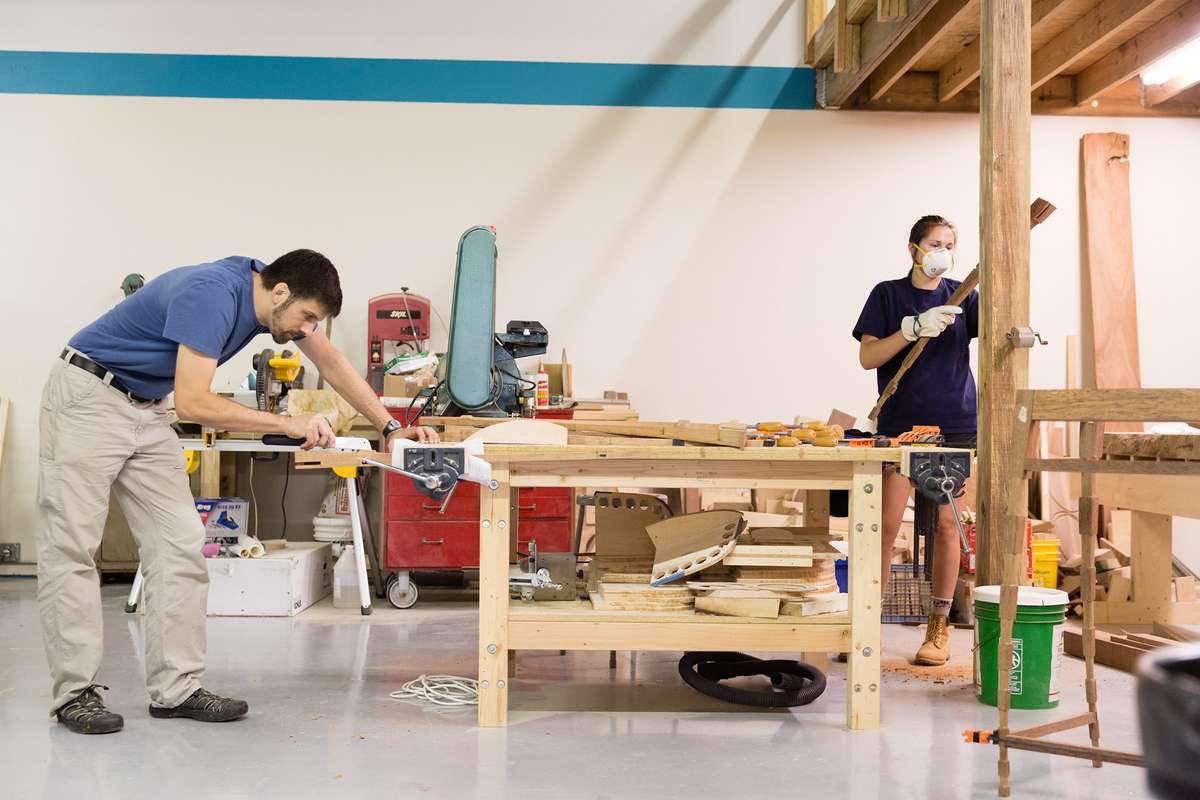 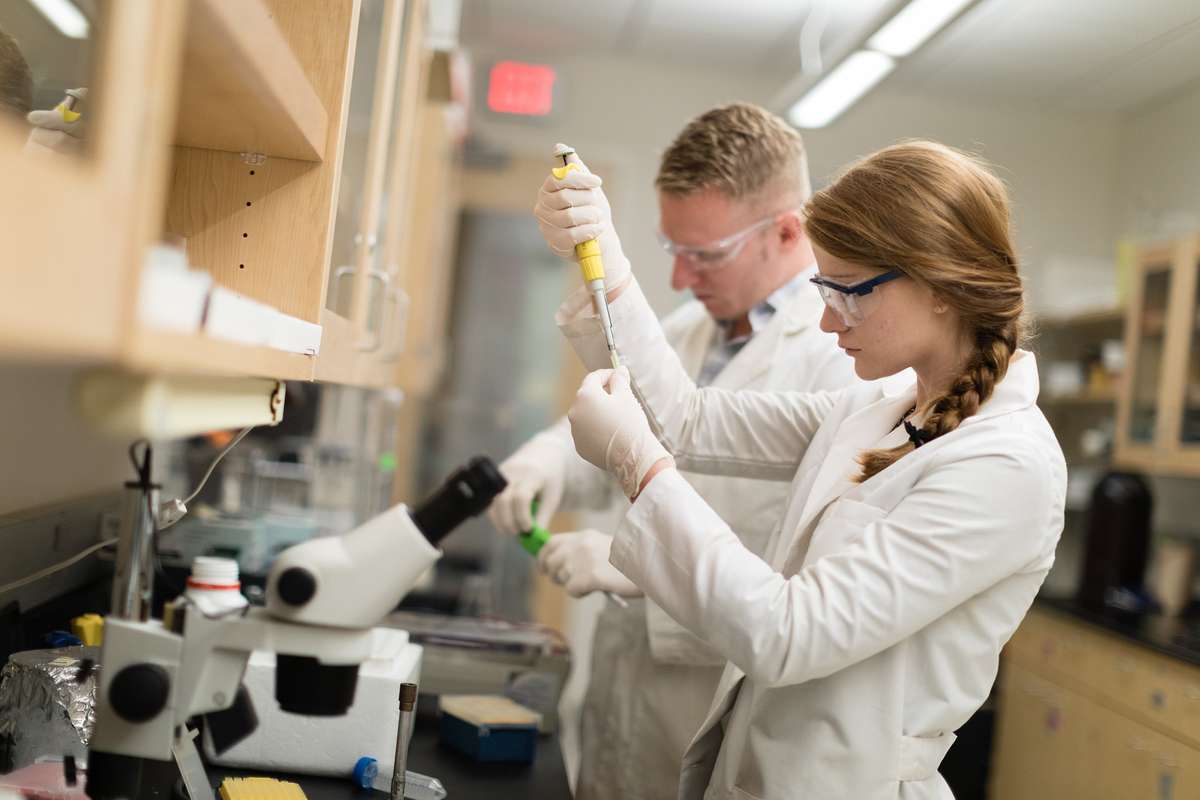 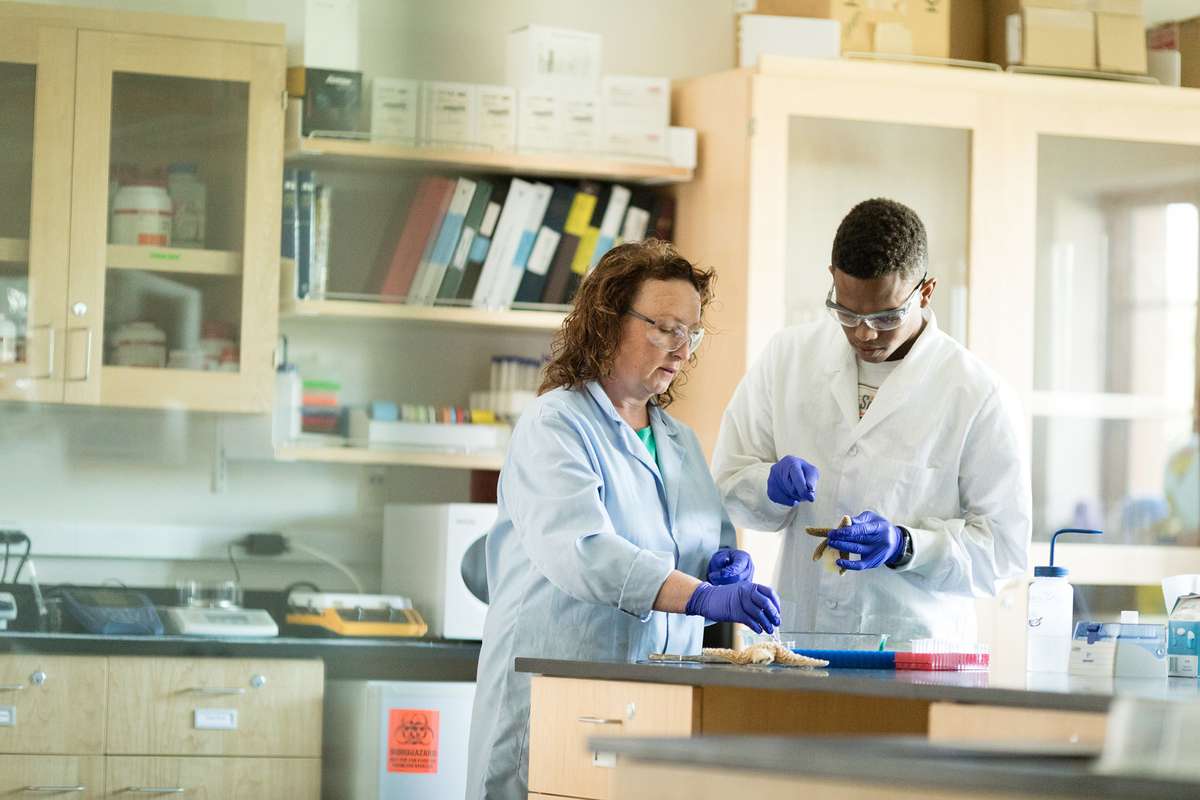 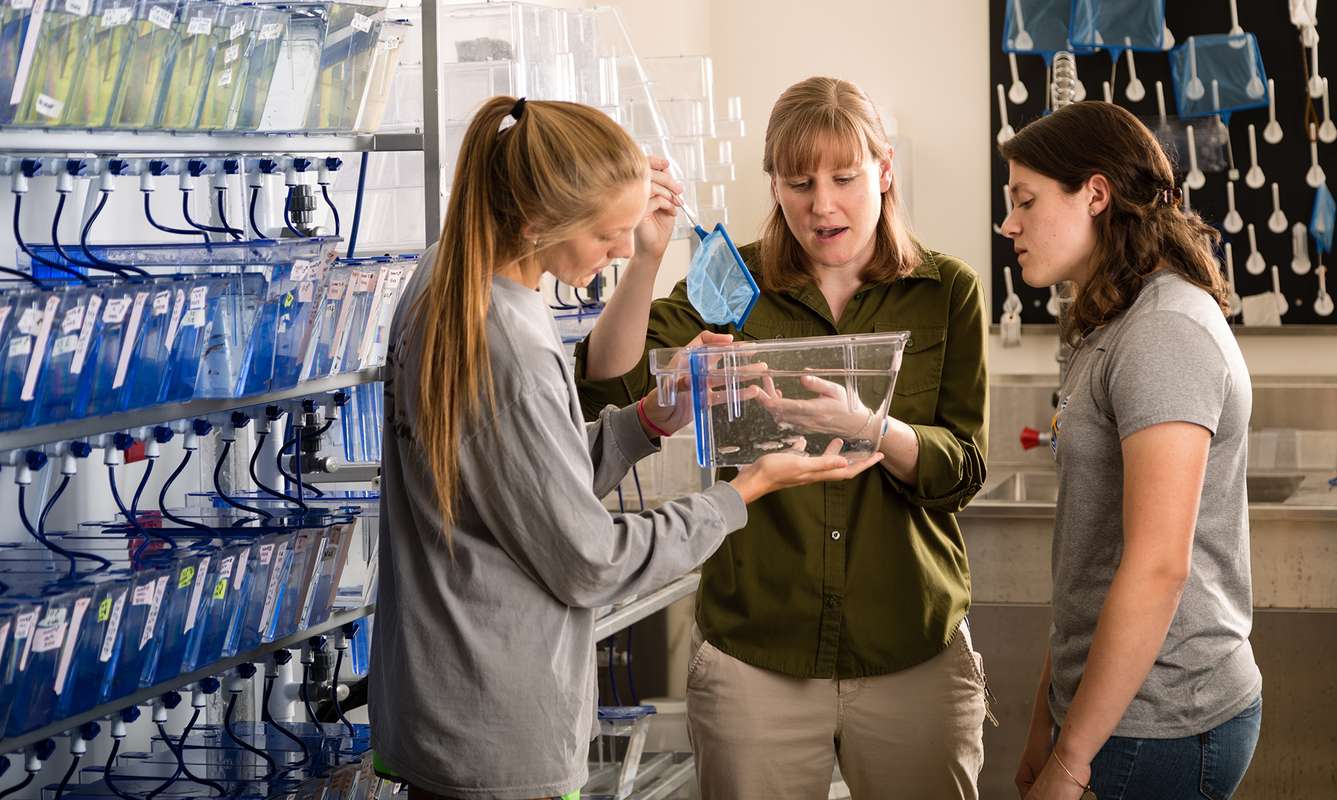 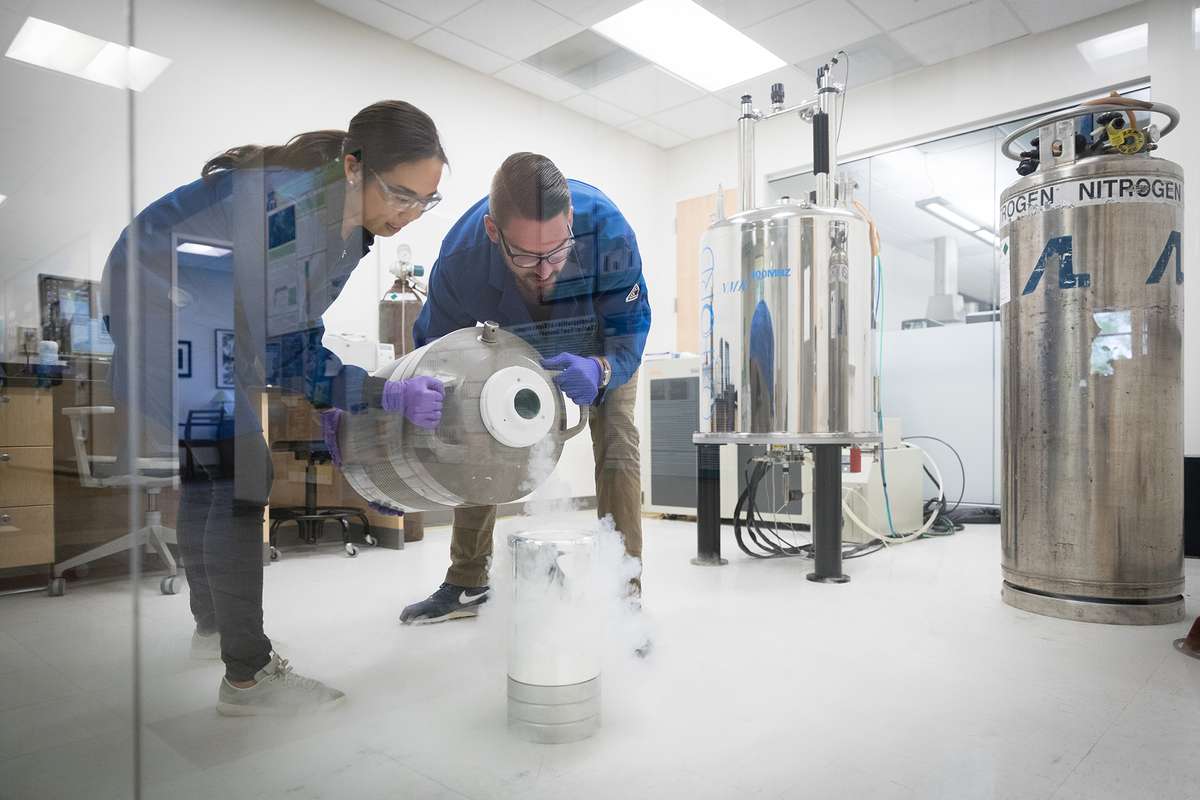 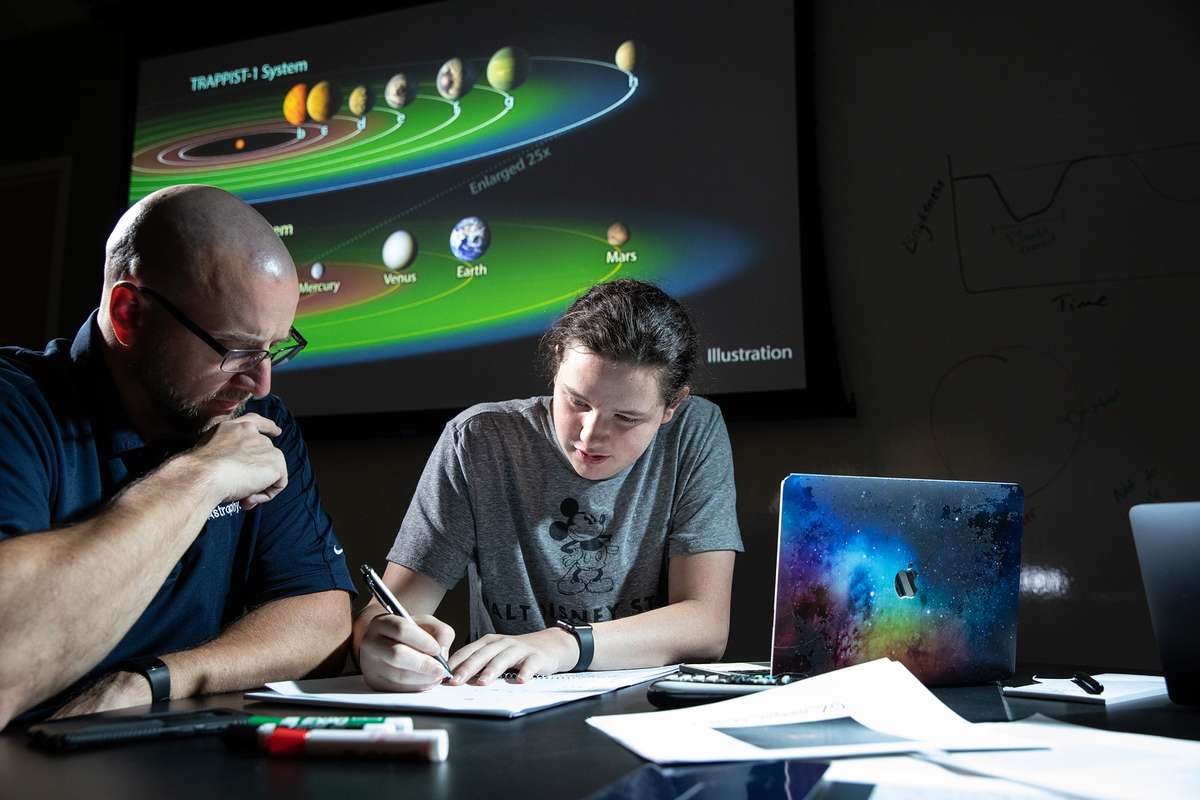 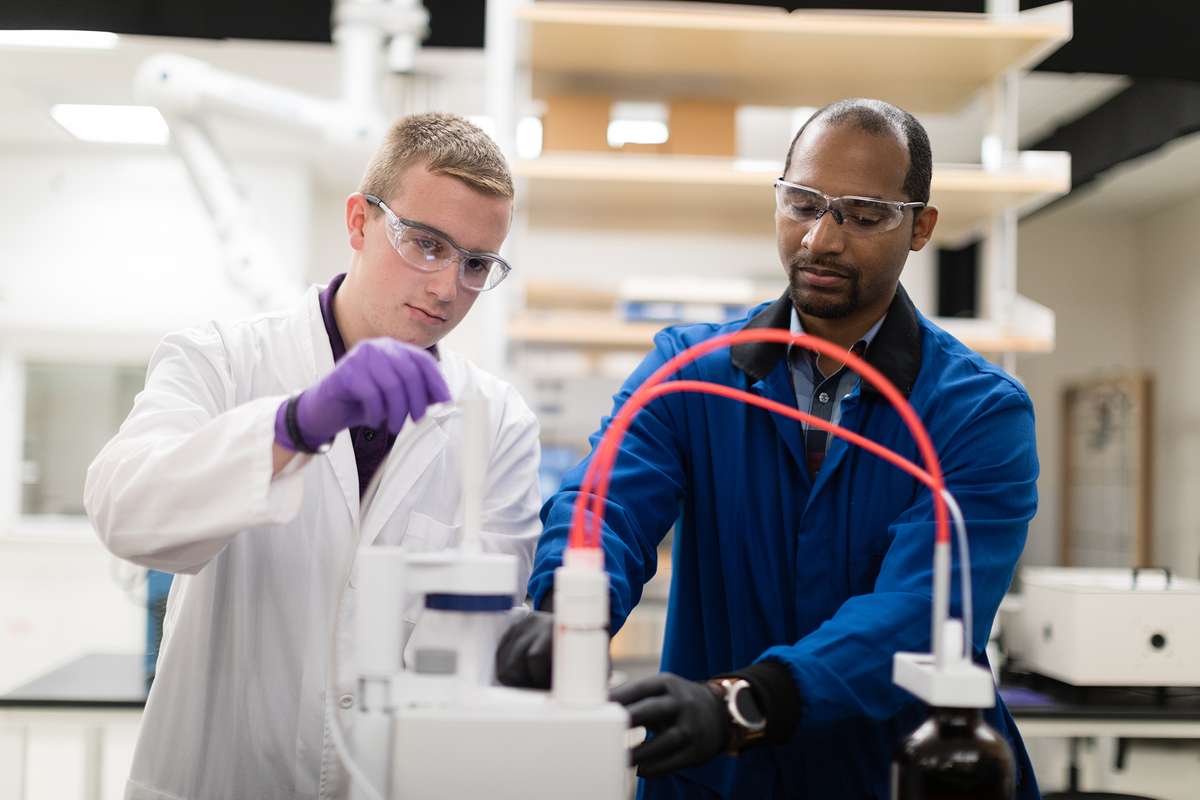 Students are eligible to participate in the Student-Faculty Collaborative Scholarship Program after their first year. For more details, visit the program’s website.