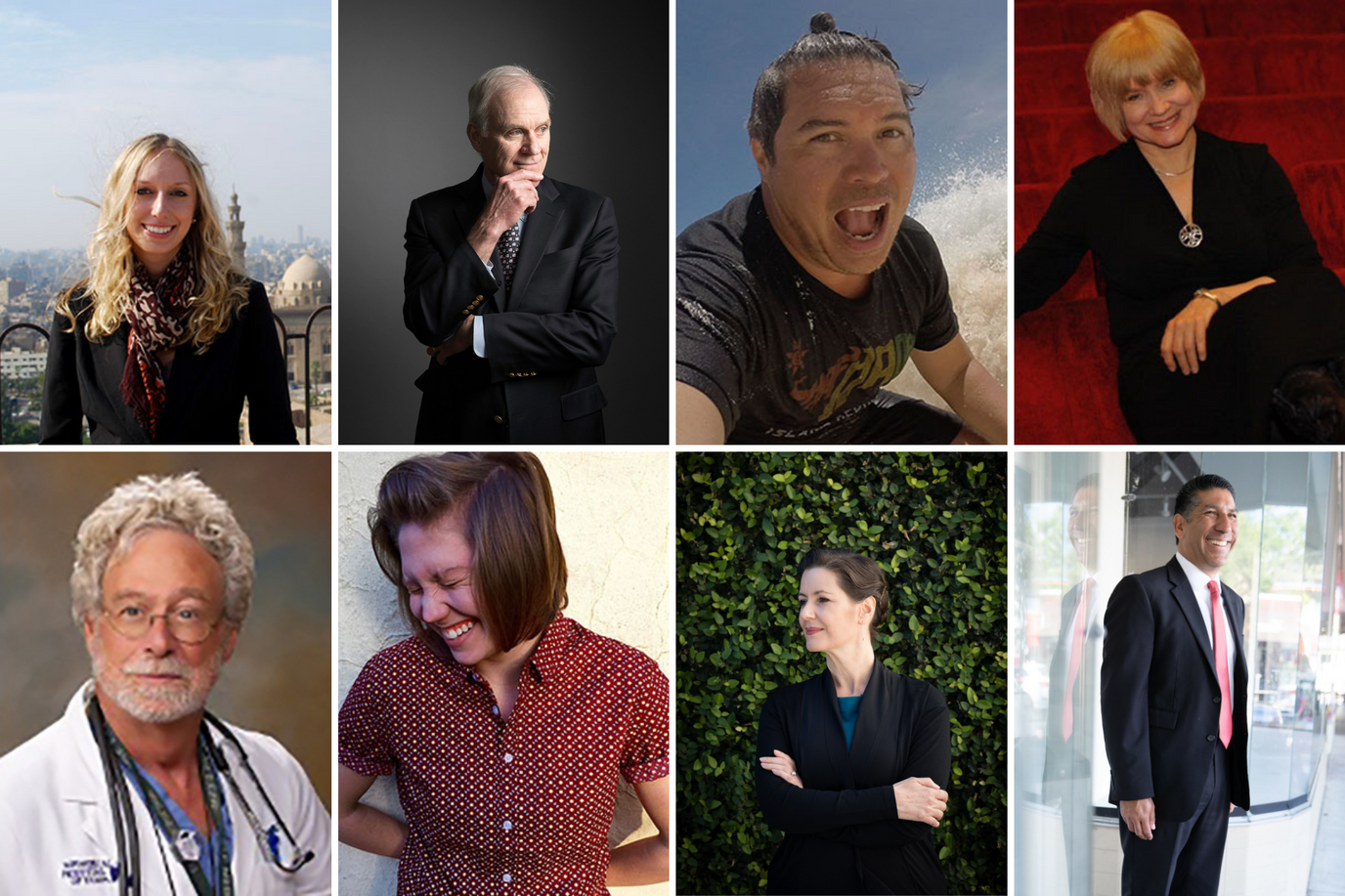 Rollins recently announced the recipients of the 2018 Alumni Awards, which will be presented by President Grant Cornwell this spring. The event will take place during Alumni Weekend 2018 at Alumni Convocation on Friday, March 23, at 3:30 p.m. in Knowles Memorial Chapel.

After graduating with a degree in economics, Spencer proudly joined the United States Marine Corps and served as a naval aviator until 1981 before departing to enter the private finance sector. Throughout his career—which focused mostly on investment banking and capital market underwriting—he maintained strong ties to top tiers of both the Marine Corps and the Navy through volunteer work on boards and philanthropy for veterans. In August 2017, Spencer was sworn in as the 76th Secretary of the Navy, a role well suited to his strong reputation as a leader and innovator. Read more.

Harrison’s experience in cardiology covers a broad spectrum, from performing over 14,000 heart catheterizations to founding the first outpatient cardiovascular health center at Tampa Memorial Hospital. Here he currently serves as the medical director, chief of medicine, and director of the cardiac rehabilitation program. His unique practice model of noninvasive advanced cardiac imaging draws patients from across the globe. Dr. Harrison recently founded PrivaCors, a new startup that seeks to facilitate improvement in the quality of cardiac care.

Lincks, who practically lived in the Annie Russell Theatre during her time at Rollins, grew up amid an abundance of dramatic material in a Southern family cloaked in stories. Her grandmother’s voice (“Don’t make no nevermind to me!”) always lived in her head, as did tales from her childhood like when her father painted stripes on a mule so he could imagine what a zebra looked like. Lincks always had her eyes (and pen) set on the big stage, where she has found great success with productions like The Nibroc Trilogy and other award-winning plays. In 2016, she was awarded a fellowship from the New York Foundation for the Arts. Read more.

A tough, tenacious, and action-oriented leader, Schaaf has dedicated her mayoral service to reducing crime, building a thriving economy, supporting schools, and making government more responsive. Before getting elected mayor of Oakland in 2015, Schaaf served as an economic policy advisor to the Oakland City Council and affairs director for the Port of Oakland while also founding a nonprofit that organizes hundreds of volunteer community projects. Unafraid and unapologetic, Schaff is always fighting for the city she calls home. Read more.

As an officer with the Pew Bertarelli Ocean Legacy Project, Villagomez organized an effort that resulted in the protection of Hawaii’s Papahanaumokuakea Marine National Monument, the largest fully protected conservation area in the U.S., which was approved and announced by President Obama. He has also secured the passage of more than two dozen shark conservation laws in Pacific and Caribbean island states and has worked for the League of Conservation Voters and the Smithsonian Institution.

Loescher serves as the program director at Tubman House, a community for young parents and their children overcoming homelessness and a place that provides opportunities for them to learn how to self-advocate. In this position, she brings unbridled energy and a passion for the healing power of visual arts and dramatic performance, believing that all young people should have “dreams the size of planets.” For nearly two years, she collaborated with Waking the Village's co-founders to bring to life the Creation District, a program steeped in community connection that provides art and social justice classes to low-income and homeless youth.

After receiving a Fulbright scholarship her senior year, Osterloh took a job as a research fellow at American University’s Center for Migration and Refugee Studies and volunteered at a refugee resettlement office in downtown Cairo. She was there for the Egyptian revolution of 2011, which fueled her belief that while, yes, the world needs activists, it also needs diplomats. She’s currently on her third tour in Pakistan as a public diplomacy officer focusing on women’s empowerment and entrepreneurship. Read more.

A philanthropist at his core and longtime Central Florida resident, Fernandez has served Rollins through involvement in the Alumni Association Board of Directors and as a Career Champion Mentor, Career Life & Planning volunteer, and an Alumni Career Panelist. Read more.