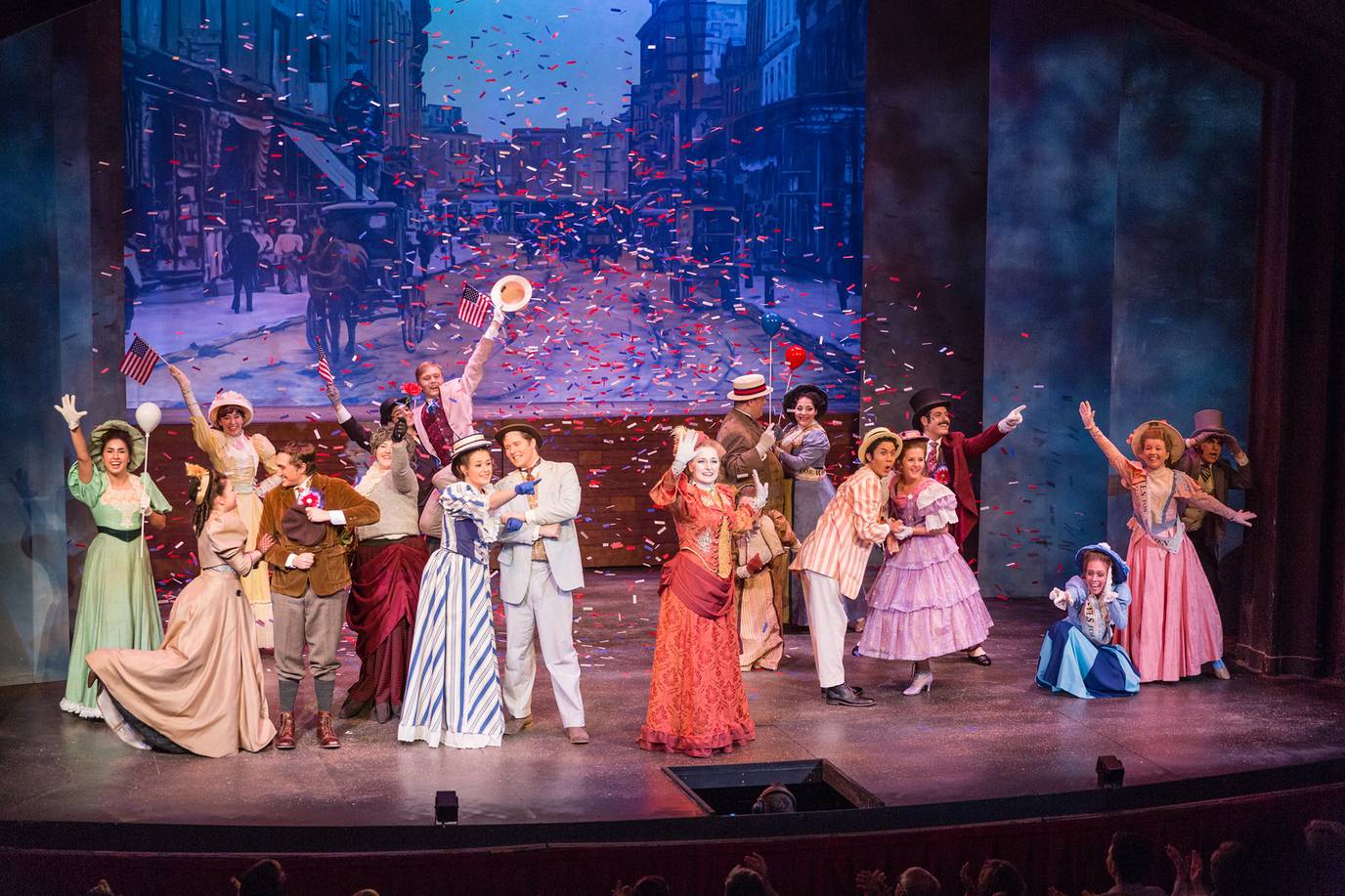 Explore our favorite fun facts about the iconic musical, which closes out the Annie Russell Theatre’s 83rd season from April 15 – 23.

On April 15 – 23, Rollins’ Annie Russell Theatre concludes its 83rd season with Michael Stewart and Jerry Herman’s iconic Hello, Dolly! The musical follows beloved matchmaker and self-proclaimed “meddler” Dolly Levi as she endeavors to find grumpy widower Horace a second wife. It’s not long before Dolly reveals a plan to marry Horace herself—and Ms. Levi always gets what she wants. While a quick search of Wikipedia would reveal that particular tidbit, we bet you’re less familiar with these Dolly details.

Dolly and Annie have a lot in common

Set in the 1890s, Hello, Dolly! transports audiences to the era of Annie Russell’s heyday. Russell was a sweetheart of the British and American stages and spent the last part of the 19th century in New York, just like Dolly Levi.

The period piece is a huge undertaking for the Annie Russell Theatre’s costume shop. “For women, this time period calls for the S curve of the corset, bun pad, and bustle,” explains Seth Schrager, costume studio manager and costume designer. “We’re building eight dresses from the ground up.”

Like Dolly Levi, Russell was an advocate for women’s independence and issues of class. “Dolly is a force!” says Jessica Raspolich ’18, the second-year student who won the hallowed role after a competitive audition process. “It’s definitely the kind of play Annie would have liked,” adds Jennifer Cavenaugh, Winifred M. Warden Endowed Chair of Theatre and Dance and Dolly director.

The sets are stunning

Hello, Dolly! demands much of the Annie Russell scene shop as well. Keep an eye out for a custom-built cabinet. “The piece was designed to hide an actor,” says designer Lauren Cushman. “We couldn’t use our standard theatrical brakes, and we couldn’t reveal any of the special effects mechanisms as the piece rolls on and off.” You also can’t miss two elaborate, hand-painted drops, the construction of which required more than 200 hours of labor from Rollins faculty and students.

Hello, Dolly! is based on the Thornton Wilder farce, The Matchmaker, which was made into a film in 1958 starring Rollins’ theatre alum and Psycho star Anthony Perkins.

It’s the best of both worlds

Hello, Dolly! is co-produced by the Department of Music and the Department of Theatre and Dance. The talented cast comes from both sides of Chase Avenue, the campus thoroughfare that separates the music and theatre buildings. In addition to Cavenaugh, the production is led by Music Director Jamey Ray, a Rollins music lecturer who you might remember from this a cappella medley of Disney love songs that went viral.

Choreographed by Ellie Potts Barrett, the production is one of the Annie Russell Theatre’s most dance-heavy musical offerings in recent history. One particular number to look out for is the “Waiters’ Gallop,” which incorporates table napkins, serving trays, and kabobs laden with food.